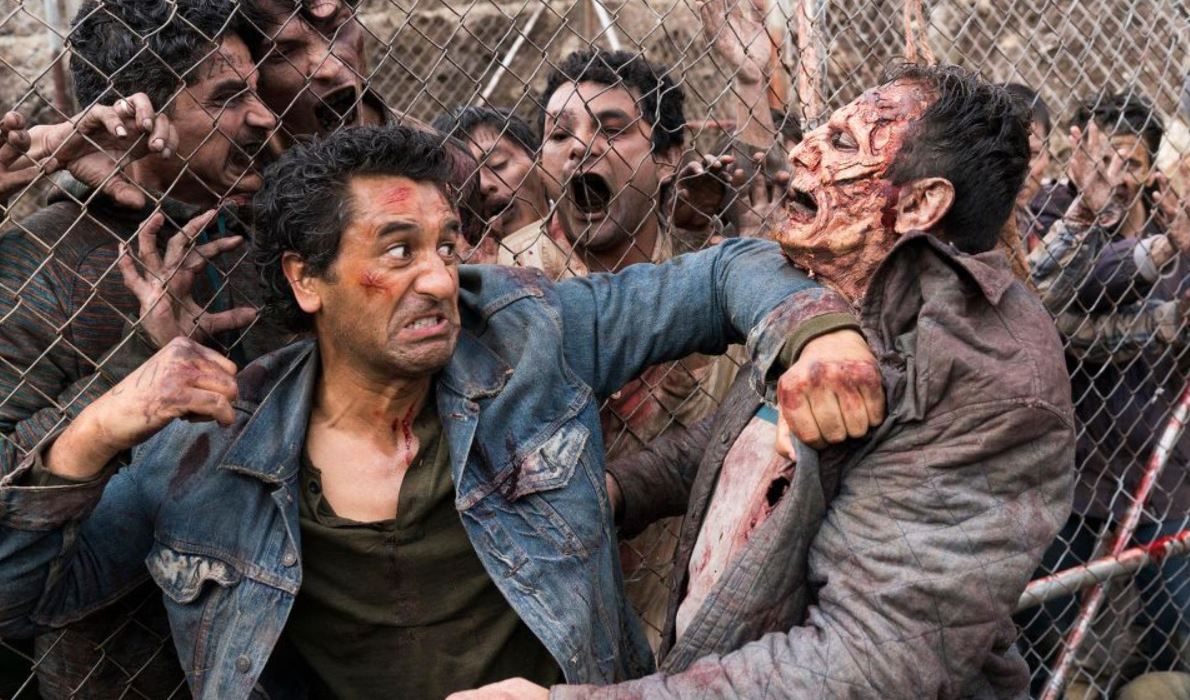 AMC’s upcoming ‘Walking Dead’ spinoff series has found its three lead cast members. According to Variety, Alexa Mansour, Nicolas Cantu and Hal Cumpston will lead the cast of the third show in the ‘Walking Dead Universe’ which will reportedly follow two young women belong to the first generation to emerge amidst the zombie apocalypse. While Alexa Mansour will play the first female character, the second female lead has yet to be cast.

Though plot details of the untitled third show are under tight wraps, various reports suggest that Mansour’s character will be a complex one as a rebellious second-generation survivor who prefers to live in the present. She carries a pile of internal sadness within her even though tagged as a chirpy woman by others, reports Variety. Mansour’s previous credits include the CBS drama ‘Madam Secretary,’ ‘Unfiltered: Dark Web,’ ‘SEAL Team,’ ‘The Resident,’ ‘Bull,’ ‘How To Get Away With Murder,’ and ‘Law & Order: SVU.’

Cantu’s character is presumably a friendly one who gets along with everyone easily. The young actor has previously lent his voice to ‘The Amazing World of Gumball,’ ‘Sofia the First,’ ‘Future-Worm!’ and ‘Lego Star Wars: The Freemaker Adventures.’ His live-action credits include ‘The Good Place,’ ‘Sydney to the Max’ and ‘Bizaardvark.’

Cumpston is expected to play a shy and lonely character in the spinoff series. The actor shot to fame with the Australian coming-of-age comedy ‘Bilched,’ which he wrote, starred in and produced earlier in 2019.

Scott M. Gimple, who is the chief content officer of the ‘Walking Dead Universe,’ serves as a co-creator in the upcoming series. Matt Negrete, who has been a writer and producer of ‘The Walking Dead’ for the past five seasons, will also be on board as showrunner. AMC Studios produces the new show which is set to start rolling production this summer in Virginia.

The news surfaced soon after ‘The Walking Dead’ creator Robert Kirkman pulled the plug on the comic book series of the same name which was the original source material for the ‘Walking Dead Universe.’ Kirkman made the shocking announcement at the end of issue #193. “This is the end of The Walking Dead. That’s it… it’s over… we’re done,” wrote the author.