What is Ralph Brown’s Net Worth? 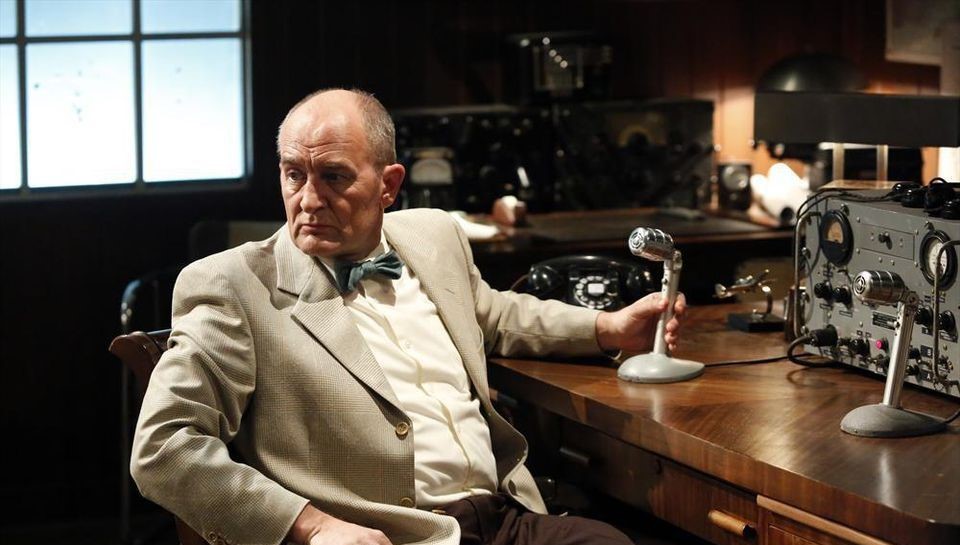 Hailing from England, Ralph Brown is a well-known actor and writer best known for starring in classic movies like ‘Withnail & I,’ ‘Alien 3,’ and ‘Star Wars: Episode I – The Phantom Menace.’ Ralph was born in the county town of Cambridgeshire in England to Heather R. and John F. W. Brown on June 18, 1957. He grew up in a seemingly healthy and supportive household along with his younger brother Paul in Portsmouth, Hampshire, until the former was seven.

After that, Ralph’s family moved to East Sussex, where he attended a local school named Lewes Priory. As for Ralph’s higher educational background, he graduated with a Bachelor of Laws degree from the London School of Economics and Political Science in 1979. When it comes to Ralph’s love life, he has been happily married to ‘Kavanagh QC’ fame actress Jenny Jules since 1992.

Jenny is an English actress whose career has been closely connected to the Tricycle Theatre, which is where the couple seemed to have met for the first time. The pair seemingly decided to focus on their respective careers without the responsibility of parenthood looming over them. The English couple moved away from their homeland and settled down in New York City. So, are you curious to know how Ralph Brown made his fortune and what is his net worth? Here is all that we know!

How Did Ralph Brown Make His Money?

It was in the year 1985 when Ralph Brown made his mark as an actor when he featured in the series ‘The Bill’ as PC Pete Muswell. After starring in the series for a year, he bagged the role of Danny the drug dealer in the black comedy movie ‘Withnail & I,’ which helped him gain more prominence as an actor. In 1988, he portrayed the role of the train robber named Ronnie Biggs in the romantic crime drama film ‘Buster,’ which is based on the infamous 1963 Royal Mail train robbery.

He flare back from New York to see the #BHAFC for the first time since October 2019. It was a good idea pic.twitter.com/xJT0XhDkAc

Since then, Ralph has featured in a large number of movies and TV series, essaying the role of some iconic characters. Some of the most notable filming projects he has been involved in include Steven Spielberg‘s ‘Amistad,’ the British drama film ‘Sus,’ the detective series ‘A Touch of Frost,’ the black comedy series ‘Nighty Night,’ the crime-drama series ‘Legends’ and Marvel’s ‘Agent Carter.’ By working in so many feature films and TV series, Ralph has been able to cement his position as an important actor in the industry.

Apart from appearing on screens, Ralph also tried his hands in theatre. Early in his career, he worked with the Moving Parts Theatre Company, featuring in several plays over the years. After decades of hiatus from the theatre, he featured as IRA Commander Jimmy Muldoon in the Tony Award-winning play ‘The Ferryman’ at the Bernard B. Jacobs Theatre for nearly five months, from February to July 2019. Writing is another one of Ralph’s fortes, which was evident from his early years as he wrote the rap musical play ‘Sanctuary’ for Joint Stock Theatre Company in 1987.

To all professionals in the film, television, theatre, entertainment, and arts world, join the challenge to post a photo of you in your job. Just a picture, no description. The goal is to flood social media with our profession. Copy the text and post a pic. #SaveTheArts pic.twitter.com/TEYw9PX1m6

Ralph also won the Samuel Beckett Award for the best first play for the same play. Following the success of the play, he also adapted it for the stage as ‘Sanctuary D.C.’ for the No-Neck Monsters Theatre Company. He wrote another rap musical titled ‘The House That Crack Built’, but it never got produced for the stage. In 1999, Ralph wrote the screenplay for the Suri Krishnamma directorial ‘New Year’s Day,’ which won the Raindance Film Festival and Sapporo Film Festival awards in 2001. These ventures combined have allowed Ralph to earn millions of dollars throughout his long career.

Ralph Brown’s net worth is estimated to be around $7 million. Due to his regular features in films and TV shows, the most recent being ‘Godfather of Harlem,’ he is bound to keep growing as an actor, which will keep inflating his value and income in the coming years.