Where is Hulu’s Wedding Season Filmed? 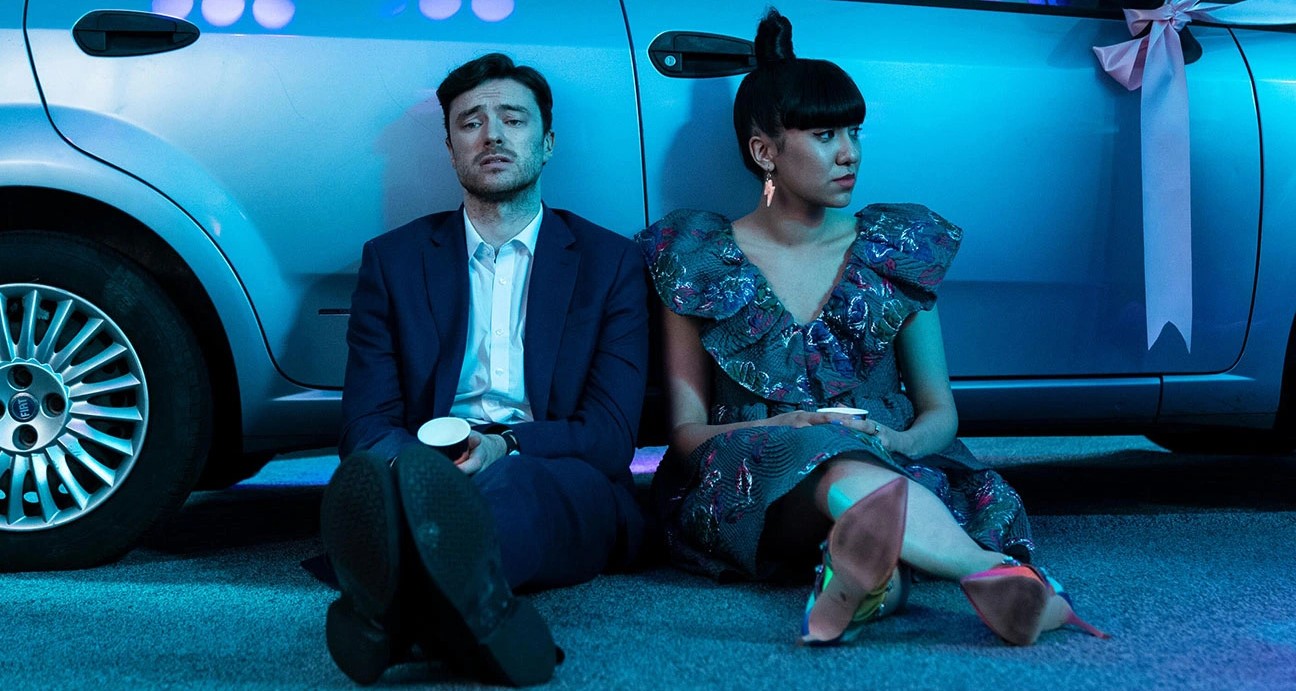 Created by Oliver Lyttelton, Hulu’s ‘Wedding Season’ is a British action romantic comedy series that revolves around Katie and Stefan’s love affair, which begins at a wedding, even though the former has a fiancé. Fast forward to two months later, she is getting married, but in a bloody turn of events, her new husband and all his family members are found murdered at the wedding. Naturally, Stefan becomes a prime suspect in the eyes of the police, though he thinks that Katie is the one with the bloody hands.

Since nobody knows the truth, it leaves the pair no choice but to go on the run while trying to prove their innocence. The genre-blending series includes several intriguing elements from different genres within the enthralling narrative, keeping the viewers hooked on each episode. In addition, the transition in the backdrops as Katie and Stefan try to evade the suspicions is bound to boggle one’s mind about the actual filming sites. In case you are one such curious soul, you might be interested in what we have to share regarding the same!

‘Wedding Season’ is filmed in England, Scotland, and the US, specifically in Manchester, London, Nevada, and California. The principal photography for the inaugural season of the British series reportedly commenced in August 2021 and wrapped up in February 2022. Now, let’s follow the duo and learn about the specific locations that appear in the series!

As per reports, most of ‘Wedding Season’ is lensed in Manchester, a city in England’s Greater Manchester. From the looks of it, the team travels across the city to tape different scenes against suitable backdrops. The city is home to several famous museums and galleries, including the Science and Industry Museum, the Manchester Art Gallery, and the Manchester Jewish Museum, some of which you may spot in the series.

A few portions of ‘Wedding Season’ are taped in and around London, the capital and largest city of England and the United Kingdom. Situated on the River Thames in southeast England, Big Smoke is considered one of the major global cities as it influences many fields such as arts, fashion, entertainment, education, media, tourism, and more.

Some pivotal sequences for ‘Wedding Season’ season 1 were recorded on location in Scotland, a country in the United Kingdom. In particular, the filming unit set up camp in and around Loch Fyne, a sea loch located on the west coast of Argyll and Bute. The water body seemingly provides the backdrop of the lake in a few scenes of the debut season.

In a late August 2022 interview with What’s On Disney Plus, Gavin Drea (Stefan) was asked about his favorite locations during the production. He said, “I mean, they’re all…we had a beautiful day filming on a lake in Scotland, which the weather actually turned out great in the end, which we were very lucky. That could have been a really horrible day of filming. It turned out to be one of the best days of filming. So that was really nice, and that was right at the beginning.”

For shooting purposes, the ‘Wedding Season’ production team also travels to Las Vegas, Nevada’s most populous city. It is a renowned resort city famous for its gambling, fine dining, entertainment, shopping, and nightlife. Over the years, it has served as a prominent filming site for many movies and TV shows, such as ‘The Wolf of Wall Street,’ ‘Memento,’ ‘The Stand,’ and ‘CSI: Vegas.’

Read More: Is Wedding Season Based on a True Story or a Book?