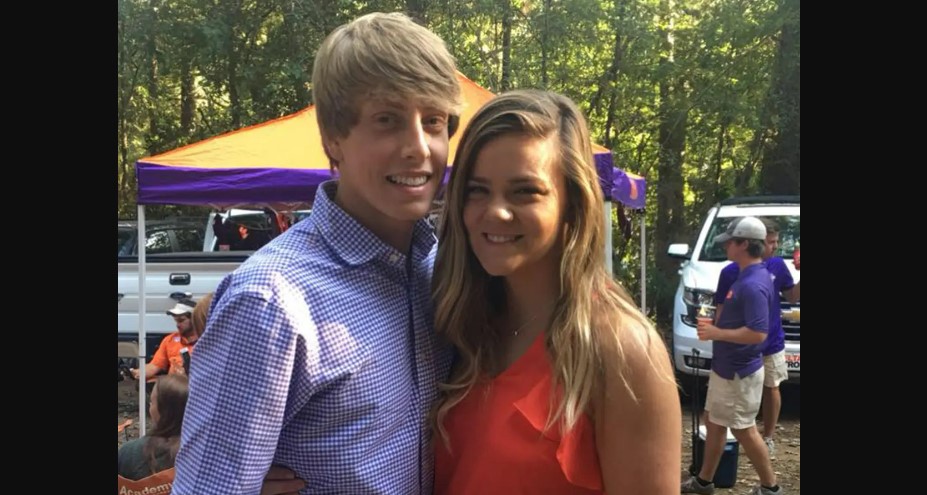 In February 2019, a terrifying boat crash in a creek near Parris Island, South Carolina, changed the lives of six friends forever. It ended with Mallory Beach’s death, and Paul Murdaugh was charged with boating under the influence after he was accused of being in charge of the wheel. NBC News’ ‘Dateline: Dark Waters’ focuses on the accident’s aftermath and how everyone dealt with it. Connor Cook, one of the six on the boat that night, became essential to the investigation. So, let’s find out more about him then, shall we?

Who is Connor Cook?

On February 23, 2019, six friends decided to go to a house party on Paukie Island, South Carolina. Connor Cook and his girlfriend, Miley Altman, planned to go with Anthony Cook and his girlfriend, Mallory, on Paul Murdaugh’s boat along with his girlfriend, Morgan Doughty. Paul was part of the Murdaugh family, which held tremendous influence in the Lowcountry area in South Carolina. His father, Richard Alexander Murdaugh, was a lawyer, just like the Murdaughs before him. Since Paul was underage, he used the ID of his older brother, Buster, to buy alcohol at a convenience store.

The six of them headed to the house party after that, staying there until around midnight. Then, Miley stated that Paul wanted to visit a bar in Beaufort, South Carolina. The group arrived around 12:45 am on February 24, 2019, with Connor and Paul going to the bar. While Connor used a fake ID, Paul used his brother’s ID. Sometime after 1 am, Connor and Paul left, and all of them got onto the boat. Then, around 2:20 am, the boat crashed, with Paul, Anthony, and Mallory being thrown into the water. The group soon realized that Mallory was missing, and Connor called 911.

At the time, Connor was 19-years-old, and the accident resulted in a cut to his face and fractures to his jaw. The police arrived but couldn’t immediately find Mallory. Her body was located about a week later. While Anthony stayed back at the scene after the accident, the others were rushed to the hospital and treated for injuries. Some of the kids in the group maintained that Paul drove the boat and was intoxicated. However, only Connor was asked for a sobriety test.

Later, Anthony mentioned that Paul refused to let anyone else drive the boat and was adamant about being in control of the steering wheel. However, Connor initially told police that he didn’t remember who was driving. Part of his statement read, “I remember seeing the bridge, and that’s about it.” Paul was eventually charged with boating under the influence, but in June 2021, he and his mother were shot to death on their property; Alex was ultimately charged with their murders.

In the months after the murder, Connor alleged that the Murdaugh family and law enforcement tried to place the blame on him. In a deposition, Connor claimed that Paul’s father came up to him in the hospital, adding, “I was told for one by Alex Murdaugh that I didn’t need to tell anyone who was driving.” Furthermore, Connor stated that Alex told him “that everything was going to be all right. I just needed to keep my mouth shut and tell them I didn’t know who was driving and that he’s got me.”

Connor stated that he was scared of the Murdaugh family because of rumors he had heard. One of them was of Paul allegedly pushing their housekeeper, Gloria Satterfield, down a flight of stairs in February 2018. As for the other one, Connor appeared to allude to the death of 19-year-old Stephen Smith. In that case, the authorities later received tips about Buster being in a relationship with the teenager, leading them to reopen the case.

Where is Connor Cook Today?

In September 2021, Connor filed a lawsuit against Alex Murdaugh, his son, Buster, the convenience store that sold the alcohol to Paul, and the clerk that sold the liquor. Connor always maintained that he only steered the boat when it was in neutral, and Paul was arguing with his girlfriend. Ever since the incident occurred, Connor has kept a low profile. From what we can tell, he still lives in Hampton, South Carolina, and is close with his family. It appears that he is still in a relationship with Miley. Apart from that, Connor enjoys hunting and sold his pickup truck more than a year ago.

Read More: Where Are Christine and Marty Cook Now?