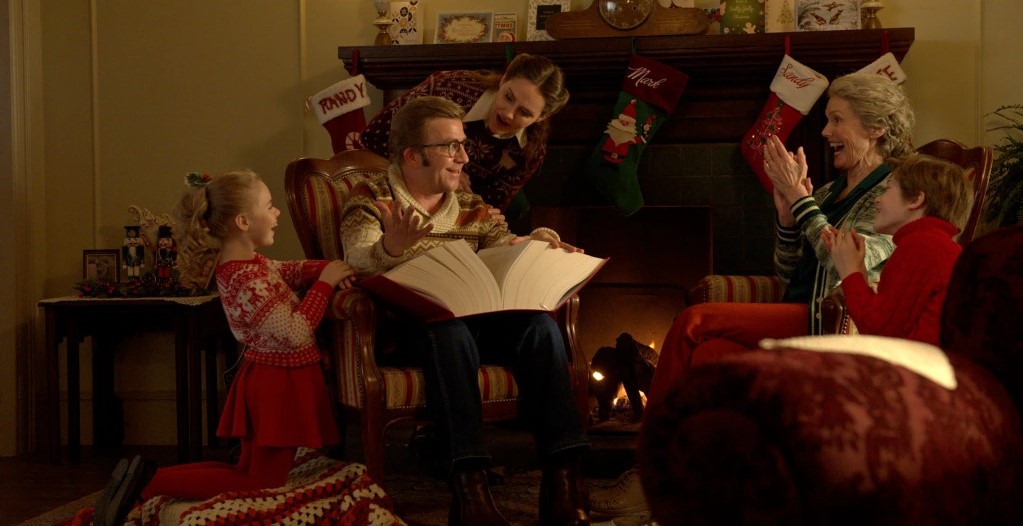 A legacy sequel to the classic 1983 movie ‘A Christmas Story‘ by Bob Clark, HBO Max’s ‘A Christmas Story Christmas’ is a Christmas comedy movie co-written and directed by Clay Kaytis that serves as the eighth installment in the ‘Parker Family’ movie franchise. Set in the 1970s, around thirty years after the events of the parent film, the narrative follows Ralphie, who returns to his former home along with his family and catches up with his childhood buddies.

Upon his mother’s insistence, Ralphie agrees to plan a magical Christmas for his family, just like the one he always got from the Old Man. However, he soon realizes it is quite a complicated task and not as easy as it seems. The nostalgia mixed with the winter holiday season in the Christmas film is bound to make for an enthralling watch, especially for fans of the original movie. At the same time, the setting of the 1970s and the backdrop of snow-filled streets and the iconic house make one wonder where ‘A Christmas Story Christmas’ was shot. If you are one such curious soul, we have got you covered!

‘A Christmas Story Christmas’ was filmed in Bulgaria, Hungary, Ohio, and Ontario, particularly in Sofia, Cleveland, and Toronto. As per reports, the principal photography for the Peter Billingsley-starrer commenced in late February 2022 and wrapped up in April of the same year. Without further ado, let us take you through all the locations that appear in the HBO Max movie!

Most of the pivotal sequences for ‘A Christmas Story Christmas’ were lensed in Sofia, Bulgaria’s capital and largest city. From the looks of it, the cast and crew seemingly traveled across the city to tape different scenes against suitable backdrops. Moreover, Billingsley and other crew members reportedly constructed exact replicas of the house and the neighborhood in the original movie, maintaining the narrative’s authenticity.

Situated at the foot of the Vitosha mountain in the country’s western portions, Sofia is one of Bulgaria’s most popular tourist destinations. This is mainly due to the presence of several attractions across the city, including the National Gallery, the National History Museum, the National Archaeological Museum, the Alexander Nevsky Cathedral, and Vitosha Boulevard.

Some key scenes for ‘A Christmas Story Christmas’ were also taped in Hungary, a landlocked country in Central Europe. Due to its positive cultural and economic influence, Hungary is considered a middle power in international affairs. Given the country’s several historical sites and buildings, it makes for a suitable filming site for different projects, especially those set in earlier times. Apart from ‘A Christmas Story Christmas,’ Hungary has hosted the production of many movies and TV shows, such as ‘Midsommar,’ ‘Dune,’ ‘The Invitation,’ ‘The Witcher,’ and ‘Homeland.’

Additional portions for ‘A Christmas Story Christmas’ were seemingly recorded in Cleveland, a city in Ohio and the county seat of Cuyahoga County. Since the original movie was shot here, we cannot rule out the possibility that the filming unit utilized the same or similar locales again to form a connection between the two films.

It seems that the production team set up camp in Toronto, the capital city of Ontario. As mentioned above, Toronto was also one of the sites where they shot the parent movie, so a few scenes for the sequel were likely recorded in the city.