Where Was GAF’s A Royal Christmas on Ice Filmed? Who is in the Cast? 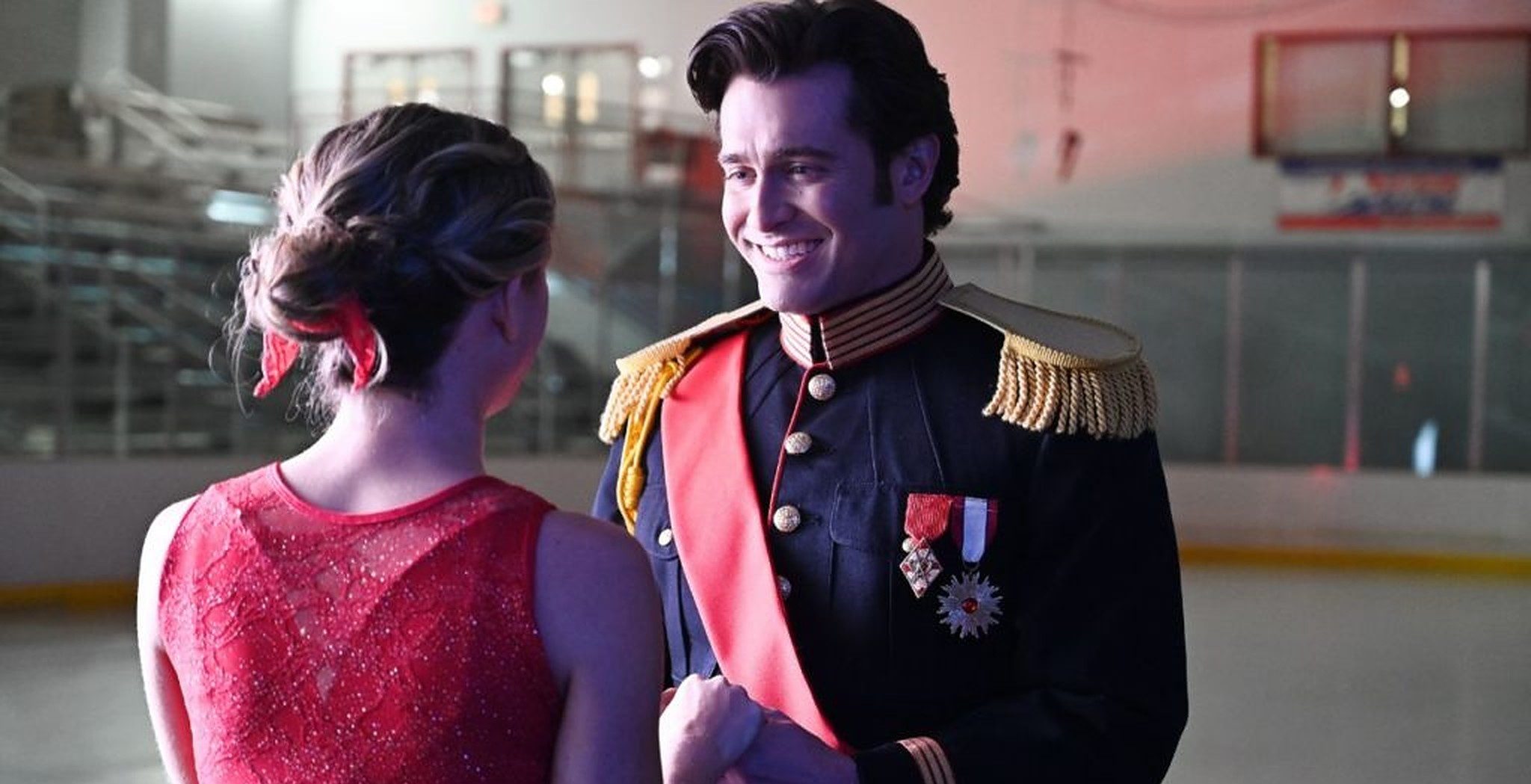 Great American Family’s ‘A Royal Christmas on Ice’ is a romantic comedy movie about a young prince, John, and a former Olympic ice skater, Abigail. When the charming royal leaves his luxurious life behind and moves to a village in upstate New York, something of his own, his paths cross with Abigail, and the two form a special connection. Set during the Christmas season, the movie explores how serendipitous encounters can transform into something beautiful.

Directed by Fred Olen Ray, the GAF movie brings the festive spirit to life through this story, and the backdrop represents the holiday season perfectly. The snow-clad streets and quaint stores with Christmas decorations in several scenes give the movie a rustic vibe and stir a sense of nostalgia in the audience. So, if you are keen to know where ‘A Royal Christmas on Ice’ was filmed, let us take you through all the mesmerizing locations.

‘A Royal Christmas on Ice’ was filmed in New York State, particularly in Erie County. The principal photography of the Christmas movie commenced in February 2022 and was seemingly wrapped within a few days. While New York is known for its bustling city life, it also has counties that have a serene and peaceful atmosphere. Moreover, the weather in the state during late winter is pleasant and cheery, which lends itself to the movie’s vibrant tone. Here are more details on the specific places that appear in the holiday romance.

‘A Royal Christmas on Ice’ was entirely lensed in Erie County, along the shore of Lake Erie in the Western region of New York State. The county and the lake get their name from the eponymous Native American tribe. The production team shot pivotal scenes at locations in and around the East Aurora Village, which has immense historical significance. They set camp in and around Vidler’s 5 & 10, a family-owned variety shop that first began in 1930. The cast and crew reportedly taped a scene in the nearby area where Prince John and Abigail walk down the street.

Besides the vintage variety store, East Aurora is known to be a home to the Arts and Crafts Movement that began about a century ago. The village also has a wide variety of boutiques, restaurants, and cafés. These facets form the movie’s overall tone, which carries a countryside aura and makes the audience nostalgic about families, communities, and more. Furthermore, the filming unit visited Buffalo, a city just twenty minutes North of the East Aurora Village.

The primary spots where important portions of the movie were recorded include KeyBank Center, The Northtown Center, The Saturn Club, and The 20th Century Club. The centers mentioned above are multipurpose sports arenas that lend themselves well to scenes where we see Abigail and John interacting and ice-skating together. Not just that, they add to the authenticity of Abigail’s personality as a former Olympic ice skater. Interestingly, The 20th Century Club happens to be the first club run by women, for women, in the United States.

Some of the movies filmed in Buffalo include, ‘Nightmare Alley,’ ‘A Quiet Place Part II,’ and ‘A Christmas in Vermont.’ Overall, New York State gives tax credits to studios for various aspects and expenses of production, making it a film-friendly state. In addition, the history of the various locations brings out the royalty in the movie; their simple yet picturesque aesthetic gives the audience a homely and heartwarming feeling.

A Royal Christmas on Ice Cast

Anna Marie Dobbins essays the role of Abigail in the GAF movie. You may know Dobbins from other Christmas movies such as ‘Christmas Matchmaker’ and ‘Christmas Together.’ Meanwhile, Jonathan Stoddard plays the charming Prince John. The actor is best known for his work in movies like ‘A Furry Little Christmas‘ and ‘Somewhere in Montana.’

Read More: Where Was GAC Family’s My Boss’ Wedding Filmed? Who is in the Cast?