Where Was GAF’s I’m Glad It’s Christmas Filmed? Who is in the Cast? 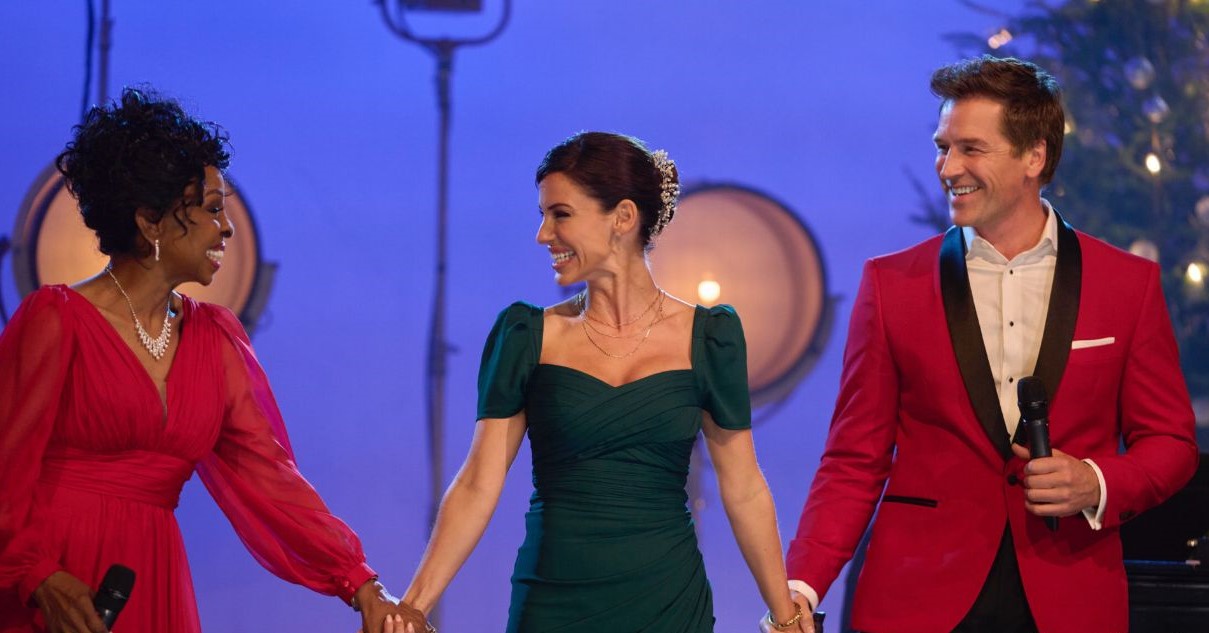 Directed by Ernie Barbarash, GAF’s ‘I’m Glad It’s Christmas’ (originally titled ‘Someday at Christmas’) is a holiday romantic drama film that follows an aspiring Broadway singer named Chloe Bose and a handsome jingle writer and single father named Jason Murphy. The two talented artists, in their own way, are brought together by Cora Lawson as she enlists them to work on a musical revue together for this Christmas holiday concert. Looking for an opportunity to leave her mark, Chloe seizes this chance and begins working with Jason.

As time passes and Christmas approaches, the pair realizes that their hearts are just as much in sync as their lovely voices. Apart from the budding romance between Chloe and Jason, the viewers are also mesmerized and hooked, thanks to all the musical numbers in the movie. At the same time, the use of interesting locations, including the concert hall, against the backdrop of Christmastime is bound to make you curious to know all about the actual filming sites of the holiday film. In that case, we have got you covered!

‘I’m Glad It’s Christmas’ was filmed in its entirety in Ontario, specifically in Sudbury. The principal photography for the comedy film reportedly commenced in September 2022 and wrapped up within the same month after a couple of weeks. Situated in Central Canada, Ontario’s lack of mountainous terrains is made up by the presence of large areas of uplands within the Canadian Shield. So, let’s not waste any time and get a detailed account of where the GAF movie was shot!

All the pivotal sequences for ‘I’m Glad It’s Christmas’ were lensed in and around Sudbury, the largest city in the Northern Ontario region in terms of population. From the looks of it, the cast and crew members of the GAF production seemingly set up camp in various sites across Sudbury to tape a number of scenes, interior as well as exterior, against suitable backdrops.

Officially known as the City of Greater Sudbury, its economy is dependent on several sectors, including tourism, healthcare, finance, education, and business. The city is home to a number of tourist attractions, such as Science North, the Big Nickel, the Greater Sudbury Heritage Museums, Bell Park, and the Inco Superstack. Besides tourists, the city is frequented by several filmmakers for shooting purposes as well. As a matter of fact, Sudbury has hosted the production of several filming projects, such as ‘The Silencing,’ ‘The Captive,’ ‘I’ll Be Home for Christmas,’ ‘The Intruders,’ ‘Bad Blood,’ and ‘Shoresy.’

Jessica Lowndes portrays Chloe in the GAF movie. You might find her face familiar as she has worked on a number of film projects over the years. Some of her notable credits are ‘The Prince,’ ‘Eden,’ ‘90210,’ ‘Greek,’ ‘A Father’s Nightmare,’ and ‘Rediscovering Christmas.’ Alongside her, Paul Greene essays the role of Jason, Chloe’s love interest. You might recognize him from his performance in ‘When Calls the Heart,’ ‘NCIS,’ ‘CSI,’ ‘Girlfriends’ Guide to Divorce,’ and ‘Bitten.’ He also stars in several Hallmark Christmas movies, such as ‘My Favorite Wedding,’ ‘Christmas in Angel Falls,’ and ‘Christmas CEO.’

Moreover, the legendary Gladys Knight plays the role of Cora. Known mostly for her singing career, she has also showcased her acting chops in quite a few productions. They include ‘Hollywood Homicide,’ ‘I Can Do Bad All by Myself,’ ‘Charlie & Co.,’ ‘The First Family,’ and ‘Star.’ Other cast members who play pivotal roles in the Christmas movie are Sierra Wooldridge (Christine), Teagan Sellers (Angela), Peggy Prud’homme (Diana), Dieter Lische-Parkes (Jamal), and Josh Reich as a choir boy.

Read More: Where was GAF’s Love at the Christmas Contest Filmed? Who is in the Cast?