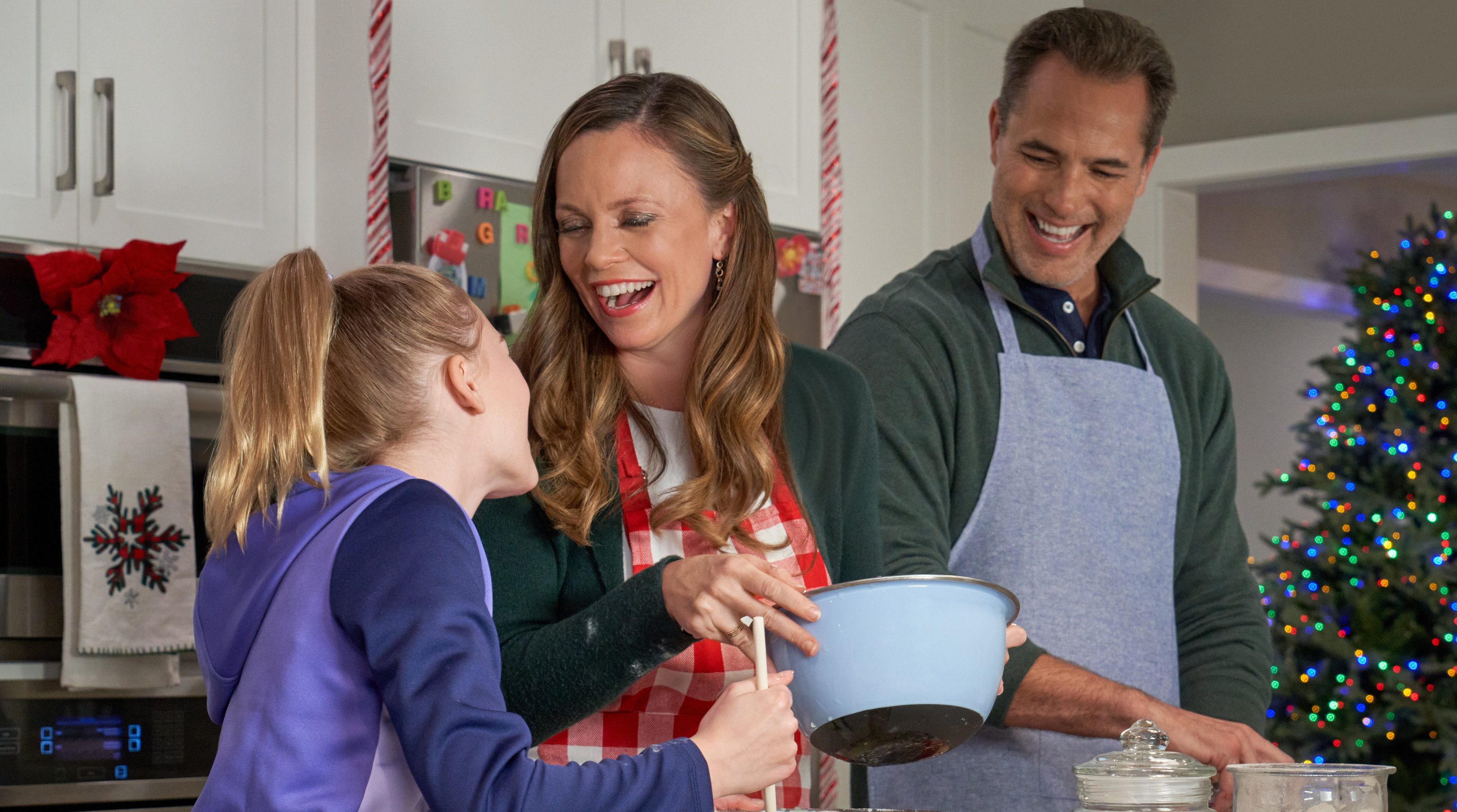 Directed by Jeff Beesley, Hallmark’s ‘A Christmas Cookie Catastrophe’ is a romantic comedy movie about a young woman named Annie Cooper, who takes over as CEO of her late grandmother’s small-town cookie firm. She is doing everything she can to get their business back on track. Much to her chagrin, her grandmother’s top-secret cookie recipe is stolen during a Christmas party. Luckily, Sam, the owner of a nearby competing bakery, collaborates to recreate the recipe in the hopes of rescuing the business and Annie’s career. Now, she must find the cookie recipe thief if she wants to stay in the bakery game.

While recreating the perfect cookie recipe, a spark of romance lights up between Annie and Sam — the new CEO of the cookie company and the owner of the local bakery. Given its heartwarming story, the film is easily able to captivate the viewers. The breezy setting and the eye-catching images elevate the visual appeal of the Hallmark production, enabling viewers to experience the true spirit of Christmas. Naturally, people are eager to know just where the movie was shot, and we are here to answer the same!

‘A Christmas Cookie Catastrophe’ was filmed in Manitoba, specifically in Winnipeg and Carman. As per reports, the principal photography for the romantic film commenced on September 6, 2022, and wrapped up on September 23, 2022. Now, let’s take a look at all the specific sites that appear in the Hallmark movie!

Most scenes in ‘A Christmas Cookie Catastrophe’ were lensed in and around Winnipeg, located in the heart of Canada, in the province of Manitoba. In an interview with Dear Hallmark, Rachel Boston talked about her time on set and the amazing experiences she shared with other cast and crew members. Opening up about her personal experience while filming the Hallmark production, Rachel said, “I had been working with the director and we would create little things here and there right before filming and I was like… ‘Do you think they will leave this in?’ She added, “We had so much fun filming.”

The city is renowned for having almost two centuries of well-maintained architecture right next to brand-new structures with shimmering glass. The central area of this prairie metropolis features possibly the most diverse and attractive collection of architectural types in all of Canada. Known as the ‘Gateway to the West,’ Winnipeg is centered on the convergence of the Red and Assiniboine rivers.

The multicultural city hosts numerous annual festivals that attract tourists and visitors from across the world. Amongst the popular festivals, the Festival du Voyageur, the Jazz Winnipeg Festival, the Winnipeg Fringe Theatre Festival, the Winnipeg Folk Festival, and Folklorama stand out. Over the years, the famous location of Winnipeg has served as a prominent filming site for several productions, such as ‘Orphan: First Kill,’ ‘Nobody (I),’ ‘Silent Hill,’ and ‘Journey to the Centre of the Earth.’

The cast and crew of ‘A Christmas Cookie Catastrophe’ visited the stunning city of Carman to tape a few sequences for the film. It is a small agricultural town on the Boyne River in the Pembina Valley Region of southern Manitoba. It is famous for its strong artistic community. The town is perfect for filming Christmas movies because of its strong sense of community, low traffic, and the heartwarming, cozy small-town vibe with quaint homes.

Apart from a few streets, the production also took place in a few establishments in the town. Located at 8 1 Avenue in South West part of the city, Crazy Lady’s Cafeteria served as one of the backdrops. The cafeteria-style restaurant is quite popular in the area for its homemade meals and country-style catering services. In an interview with Pembina Valley, Suzy Keck, the owner of Crazy Lady’s Cafeteria, expressed her excitement over the exterior of her shop being used for the film. She said, “They made another Christmas movie in town, so we had Christmas in September!”

Suzy added, “They pulled out fake snow – what we really need, you know? And we had huge Christmas ornaments, a lot of Christmas trees, straw bales and they built up a little bit of a Christmas market and it looked so neat. I mean, it’s a film set, you know? It was beautiful. Love it.” Apart from ‘Christmas Cookie Catastrophe,’ Carman has hosted the production of several movies like ‘Project Christmas Wish,’ ‘We Wish You a Married Christmas’, ‘I Still See You,’ and ‘Love at First Kill.’

The beautiful Rachel Boston plays the role of Anne in ‘A Christmas Cookie Catastrophe.’ You may recognize her from her work in ‘Ghosts of Girlfriends Past’ and ‘500 Days of Summer.’ Joining Rachel as her love interest, Sam is Victor Webster, who is best known for his performances in ‘Motherland: Fort Salem,’ ‘Workin’ Moms,’ ‘Days of Our Lives,’ and ‘Continuum.’ The supporting cast includes Stephanie Sy as Jillian, John B. Lowe as Arthur, Averie Peters as Bella, Erik Athavale as Calvin Brar, Brandon McEwan as Phill, Jamie Barr as Bella’s Mom, and Dylan McEwan as Ned.