Where Was Hallmark’s Don’t Forget I Love You Filmed? Who is in the Cast? 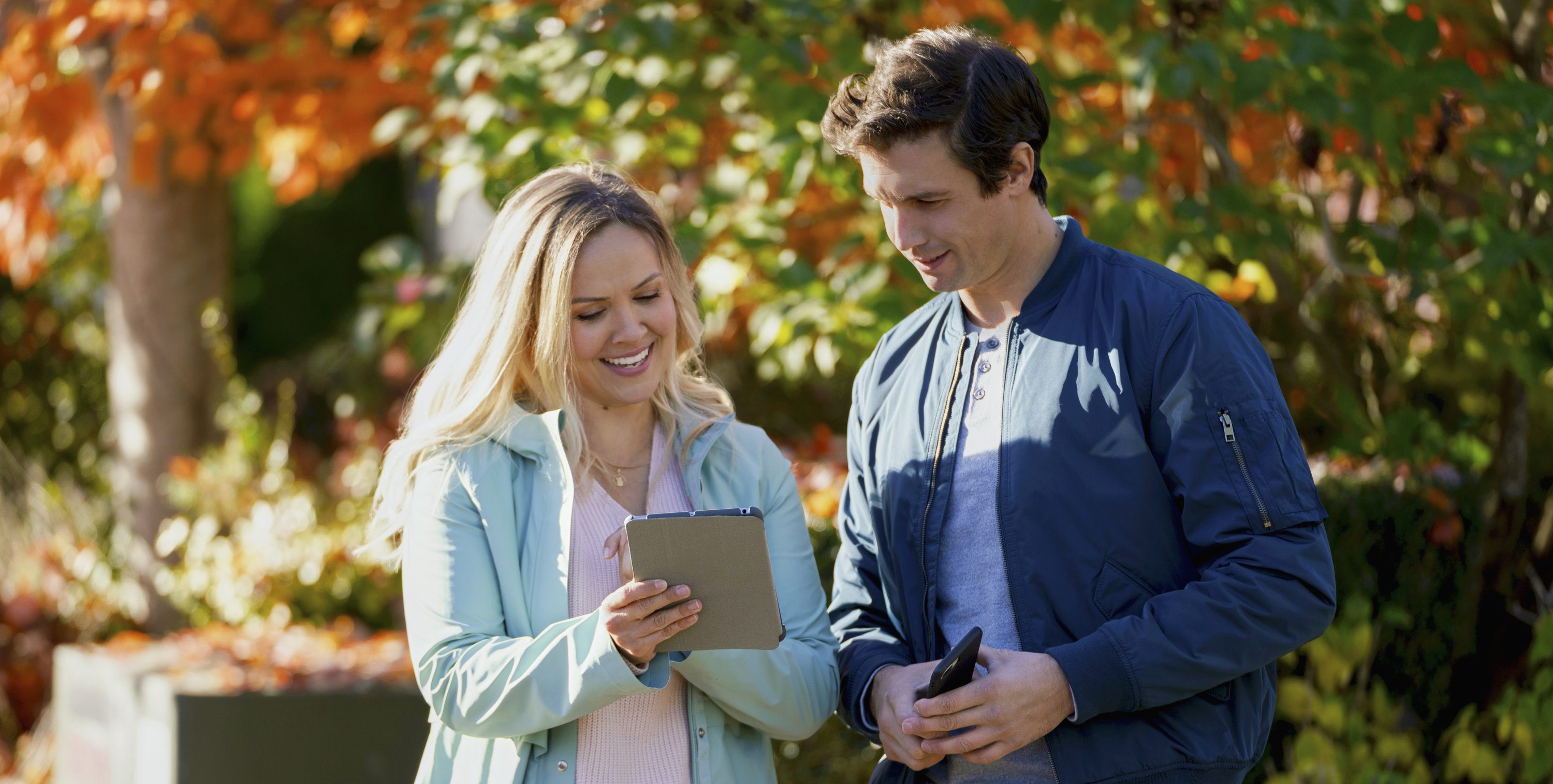 Directed by Christie Will Wolf, Hallmark’s ‘Don’t Forget I Love You’ is a touching romantic drama movie that revolves around Taylor, whose mundane birthday gets exciting when she discovers a time capsule left by her late mother. Upon opening it, she finds six numbered letters her mother left that define six challenges Taylor has to complete over the next six weeks. Her mother had specifically designed them to help her overcome her struggle with anxiety.

As Taylor steps into the tasks given in the letters, she is helped by Josh, a single father who has recently moved across the street with his daughter. Taylor and Josh begin to bond, gradually supporting each other to overcome their fears and learn to live life without inhibitions. The backdrop of a charming small town adds warmth to the narrative of ‘Don’t Forget I Love You’ and highlights the relatability of the situation the characters are in. In case you wonder where this delightful movie was filmed, we’ve got your back. Let’s find out together!

‘Don’t Forget I Love You’ was filmed in various parts of the British Columbia province, specifically in Squamish and Vancouver. Originally titled ‘Romancing the Birthday Girl’ and ‘Time Capsule Romance,’ principal photography for the movie most likely took place in November 2020. British Columbia is a much sought-after filming destination given its diverse landscape that includes the Pacific coastline, stunning mountain ranges, lush green hiking trails, and rivers. These come together to create an ideal canvas for filming movies and TV shows.

Moreover, the westernmost Canadian province has high-tech filming studios and provides handsome tax concessions on production. The vast network of trained crew and artists is also an add-on to the benefits of filming in British Columbia. Now, here’s a closer look at the specific filming locations of ‘Don’t Forget I Love You.’

Major portions of ‘Don’t Forget I Love You’ were filmed in Squamish, a picturesque town that lies north of Vancouver. Squamish is surrounded by mountains and a majority of its economy is based on forestry. The town is famous for outdoor activities such as rock climbing, river rafting, hiking, snowmobiling, and wildlife spotting.

The Stawamus Chief, which is a renowned cliff-faced granite dome, is one of the major attractions of Squamish. Other popular natural tourist spots include the Squamish Pit, Shannon Falls, and Alice Lake Provincial Park. The movie ‘Antlers‘ and the TV shows ‘Lost in Space‘ and ‘Arrow‘ were also filmed in Squamish.

Several scenes of ‘Don’t Forget I Love You’ were filmed in Vancouver, a vibrant seaport city in British Columbia. The cast and crew filmed at the famous Capilano Suspension Bridge Park. Originally built in 1889, the suspension bridge is exactly located at 3735 Capilano Road in North Vancouver. Popularly called Hollywood North, Vancouver is a prominent filming site due to the availability of the latest production technology, favorable filming sites, and local talent.

The beautiful cityscape is surrounded by snow-capped mountains, and the consistent cloud cover creates the ideal lighting for film and TV productions. Vancouver is also an important hub of art, theatre, and music and is home to numerous art galleries and museums. Some of the most popular filming spots in the city include the Orpheum Theater, The University of British Columbia campus, and the VanDusen Botanical Gardens. Furthermore, the city also serves as a filming site for TV shows such as ‘Riverdale‘ and ‘Yellowjackets,’ as well as the movie ‘North to Home.’

Don’t Forget I Love You Cast

Emilie Ullerup leads the cast as Taylor Jones, a young woman who grapples with anxiety. Clayton James plays Josh, a handsome single parent who moves into Taylor’s neighborhood with his daughter. Ullerup is known for playing notable roles in the movies ‘Brazen‘ and ‘Winter Castle,’ as well as the TV shows ‘Sanctuary’ and ‘Chesapeake Shores.’ On the other hand, James has movies like ‘Her Infidelity’ and ‘Christmas Cuisine of Love’ to his credit.

The cast of ‘Don’t Forget I Love You’ also comprises talented actors like Daphne Hoskins as Chloe, Teagan Vincze as Sara, Devon Alexander as Kyle, Grace Beedie as Martha, and Robert Wisden as Richard Jones.