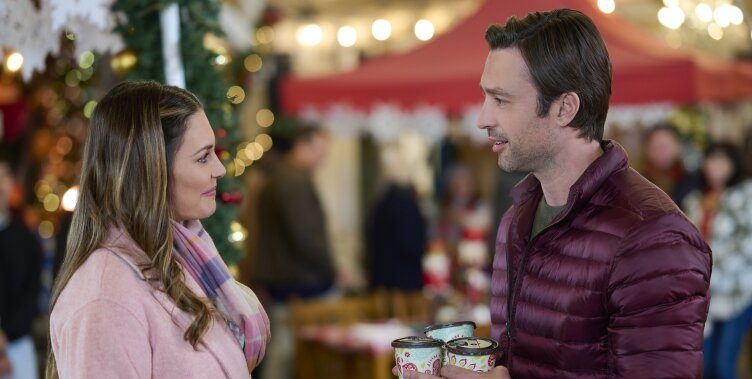 The Countdown to Christmas on Hallmark treats viewers each year to lots of interesting holiday movies with different themes and oodles of Christmas romance. ‘Making Spirits Bright’ is one such film that explores the themes of family and friendship, as well as a budding romance. Tony Scotto and Grace Ryan are childhood buddies whose families have rival seasonal holiday decoration companies. Both families decide to compete in a contest for prize money, and thus, the pair are pitted against each other. How love blossoms amidst family feuds and festive preparations form the crux of the story.

With twinkling Christmas lights and the winter sparkle as its backdrop, this hearty Christmas tale directed by David Bercovici-Artieda gives the feeling of coming home for the holidays and reconnecting with old friends. Your curiosity to find out where exactly ‘Making Spirits Bright’ was filmed finds an ally in us. Let’s dive in!

The production team of ‘Making Spirits Bright’ chose to shoot major portions of the film in British Columbia, especially Vancouver City. Principal photography for the film commenced on September 6, 2021, and the entire shoot was completed over the rest of the month. Over the decades, British Columbia has become a favorite amongst filmmakers for shooting and has also served as a filming site for many Hallmark movies. This is due to the readily available experienced crew, savings on tax, and also the technologically well-equipped production facilities. Here is a closer look at the exact filming sites.

‘Making Spirits Bright’ was primarily filmed in Vancouver, where streets and houses were brightly decorated with Christmas lights to depict a neighborhood bustling with festivities. The film’s director, David Bercovici-Artieda, frequently shared fun videos from the sets to give fans a sneak peek into the film.

Vancouver is a hotspot for film and television production, given its state-of-the-art technology and gives steady competition to several filming studios around the world. Many movies like ‘Godzilla,’ ‘This Means War,’ and ‘The Santa Clause 2’ used the city as a shooting location.

Some portions of the film were most likely shot in Abbotsford, a border city just outside Vancouver. The crew used to mostly shoot post sundown, and the city served as a beautiful winter night backdrop in the story. Popular shows like ‘The Chilling Adventures of Sabrina‘ and movies like ‘Dangerous Lies‘ and ‘Bottled With Love’ were all filmed in Abbotsford. 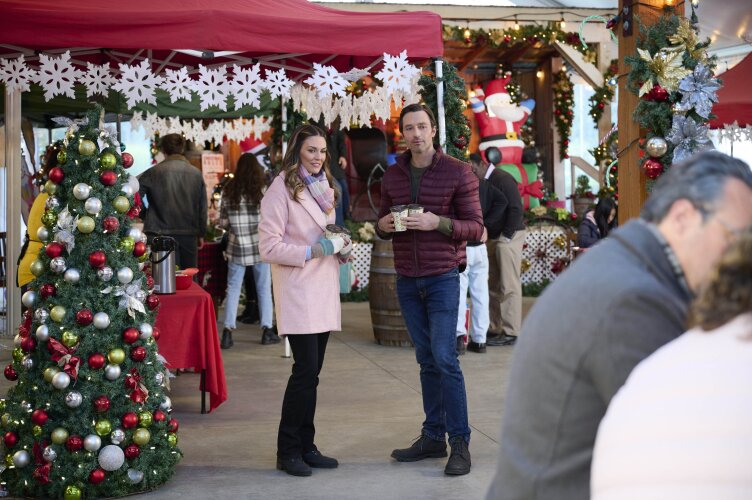 A stunning open-air museum with a carousel available for rides, the striking Burnaby Village Museum is located at Deer Lake Avenue in Burnaby, in the Lower Mainland region of British Columbia. It is the replica of a small village from the ‘20s and has a quaint old-world charm to it. A few sequences of ‘Making Spirits Bright’ were supposedly filmed in this artistic spot.

Taylor Cole and Carlo Marks star as the lead pair Grace and Tony. Cole, known for her work in movies like ‘Dumbbells’ and ’12 Rounds’ plays Grace Ryan, who returns home to help her father save his Christmas decoration business by participating in the Bright Nights contest. Giving her competition is Tony Sotto (Marks), her childhood friend belonging to the rival family. Reuniting their families also brings the two closer, leading to a sweet holiday romance.

Carlo Marks has been a part of many Hallmark films like ‘Moonlight in Vermont‘ and ‘Love At Sunset Terrace’. The holiday-themed movie also stars John Cassini as Tony’s father Frank, Garry Chalk as Mr. Ryan, Eileen Pedde as Arleen Ryan, Marlee Walchuk as Carle Sotto, Christina Sicoli as Maria, Jaden Oehr as Evan, and Jennifer Kathreen Larson as Hope.