Where Was Hallmark’s The Way Home Filmed? Who is in the Cast? 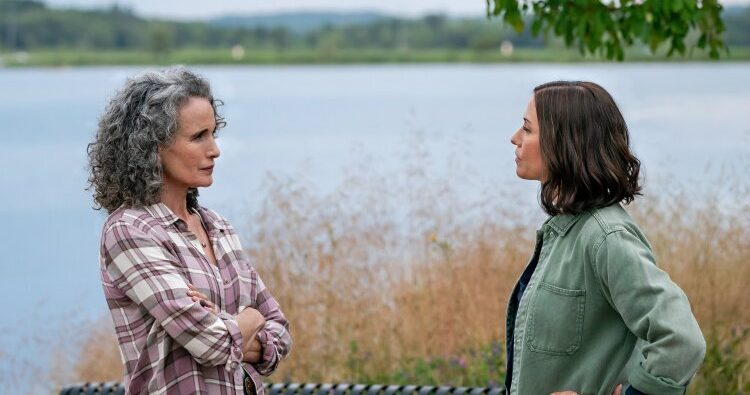 Hallmark’s ‘The Way Home’ is an eccentric family drama that chronicles the lives of three generations of women and the Landry family and the strain in their relationship. Del Landry, her daughter Kat, and granddaughter Alice reunite at her farm in Port Haven after perplexing circumstances. Alice is puzzled after witnessing the tension between her mother and grandmother, and she has questions about the events that led to their separation 20 years ago.

The series contains elements of time travel and bewildering occurrences that help the family see their connections in a new light. Creators Alexandra Clarke, Heather Conkie, and Marly Reed breathe life into the conflict with their remarkable storytelling. The enchanting green meadows, old-school farmhouse, and soulful countryside might make one curious about the whereabouts of these places and how the creators used them for a gratifying viewing experience. If you’re one of those inquisitive minds, we have all the details you need.

‘The Way Home’ is filmed in the province of Ontario, specifically in and around Toronto and a few locations. The shooting of the inaugural season of the show reportedly commenced on August 12, 2022, and ended in December 2022. Toronto is known for its diverse entertainment culture and is often referred to as “the most multicultural city in the world.”

Ontario is a province that is widely popular for its beautiful forests, parks, and lakes. This place is enriched with natural diversity and is the home to the world-famous Niagra falls. It is the perfect location for a show that heavily focuses on the flora and aesthetics of the surroundings. If these details intrigue you, you’ll love to know about the specific filming locations of this Hallmark series.

Most of the filming of ‘The Way Home’ takes place in Toronto, the capital city of the Ontario province, located in the east-central part of the Great White North. In particular, the production team sets up camp at the Uxbridge township, around 40 km northeast of Metropolitan Toronto. The Downtown area of Uxbridge acts as a stand-in for the fictional town of Port Haven, New Brunswick, in the series. The small region is a part of Durham, which belongs to the eastern parts of Toronto.

The crew also films a few scenes in the interiors and exteriors of Roxy Theatres, which is an hour away from Bruce Peninsula National Park, and 30 minutes away from Sauble Beach. The theatre is located at 46 Brock Street in West Uxbridge. The intersection of Brock Street and Toronto Street also serves as one of the filming sites. Moreover, the crew also filmed in and around the Old Mill, 139 Queen St.

For the filming of season 1, a few members of the production team were set at the Centennial Park lot, which lies at 150 Elmcrest Rd in Etobicoke. At the same time, the others were on Brock street and the southern end of Elgin Park, situated at 180 Main Street South in Uxbridge. Other filming location includes Scarborough, which is a district in the east of the city known for being Anne  Brontë’s resting abode and the home to The Grand Hotel, an opulent place with stunning Victorian architecture. The creators filmed a few sequences at this place that buzzes filming with sandy beaches and seafront cafes.

Andie McDowell was a part of another Hallmark series called ‘Cedar Cove,’ and now she is in a leading role as Del Landry. The actress is well-known for movies like ‘St. Elmo’s Fire,’ ‘Lord of The Apes,’ and ‘Groundhog Day.’ Chyler Leigh plays the character of Del’s daughter, Kat Landry. The actress is known for several TV shows, such as ‘Grey’s Anatomy,’ She was also a part of DC’s superhero projects like ‘The Flash‘ and ‘Arrow‘ series.

Sadie Laflamme portrays Alice Dhawan, and she appears in multiple projects like, ‘Sinister Switch,’ ‘Wild,’ and ‘The Apprentice.’ She is widely known for the role of Emma Conrad in ‘Love Triangle Nightmare.’ Lastly, Evan Williams plays the character of Elliot Augustine. You may recognize him from a Netflix film called ‘Eddy,’ but the roles that made him popular were from TV shows like ‘Awkward’ and ‘Degrassi: The Next Generation.’

In an interview with Headliner Chicago, Andie McDowell shared her recent experience of becoming a grandmother and how overjoyed she was after the birth of her grandchild. All we can say is that sometimes life does imitate art! And we congratulate the actress for her incredible role and wish her new family member the best.

Read More: Where Was Hallmark’s The Dog Lover’s Guide to Dating Filmed? Who is in the Cast?