Where Was Holiday Rush Filmed? 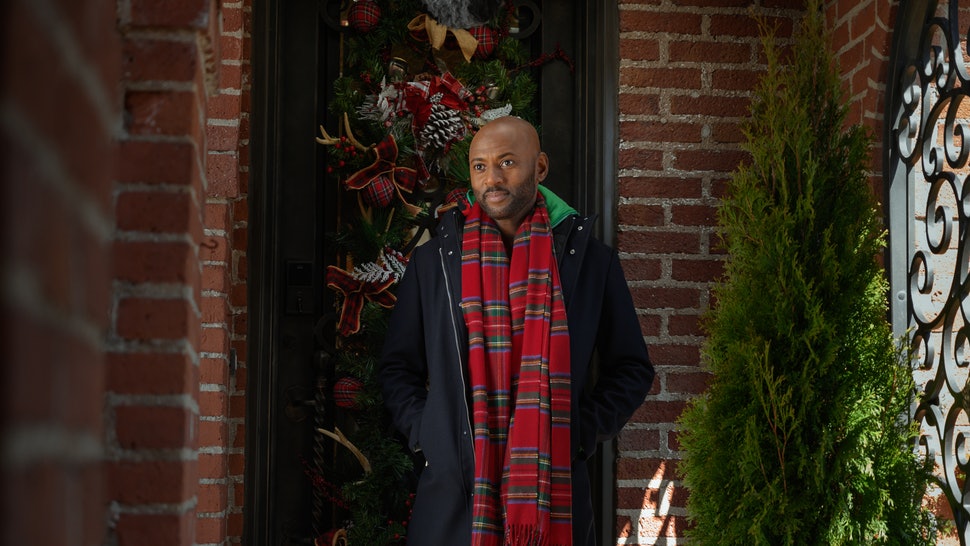 Yet again, the holiday season is here a bit too soon and our Christmas bucket lists are brimming with quite a lot of fun things to do. Somewhere amidst decorating your boughs of holly and wrapping up presents for the big day, make sure that you coddle yourself with a little bit of some much-needed “me time.” It’s Christmas after all! So roast some chestnuts in the fireplace, grab a hot mug of cocoa and plunge into the holiday spirit with a great Christmas movie.

While Hallmark, as always, is offering a whole plethora of cheesy Christmas flicks and heart-warming rom-coms, this season, even Netflix has been listening to our plaintive pleas and is already releasing a wide array of Christmas dramas for the streaming crowd. From fairy tales about medieval kings (‘The Knight Before Christmas’) to heartwarming teen flicks (‘Let it Snow’), Netflix has it all.

But if you’re looking for a family-friendly film that you can enjoy with everyone, ‘Holiday Rush’ is the perfect festive film for you. Starring La La Anthony and Romany Malco, ‘Holiday Rush’ follows the story of DJ Rush Williams, who, after the death of his wife, unwarily ends up spoiling his children by pampering them and gifting them everything they ask for. But with an unforeseeable twist of events, his world comes crumbling down when he ends up losing his job and struggles to stay afloat with his lack of a stable income.

Things get worse when he realizes how he has been overparenting his kids all this while and fails to meet their growing demands. For a while, it just seems like everything is falling apart and Rush starts giving up on all of his big dreams and even his family. Initially, even his kids don’t support him the way he expects them to. But as he starts downsizing on everything with the help of his mother and co-worker/lover, he and his kids learn that happiness is indeed real, only when it is shared.

The best thing about Christmas movies is not just the nostalgia that they bring in with their feel-good tales but also the yuletide heaven of snow-clad locations that they take us to. Just like many other Christmas movies out there, even ‘Holiday Rush’, for the most part, has been shot in New York’s dreamy Christmas-sy backdrop of embellishing storefronts and gleaming colorful lights. New York is indeed an ideal spot for Christmas and ‘Holiday Rush’ is the kind of film that completely immerses you into the seasonal magic of the most wonderful time of the year. So here’s everything we know about its filming locations. 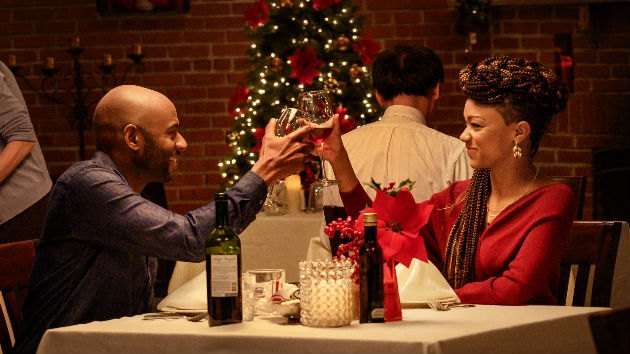 There is a reason why spending Christmas in New York City is on top of everyone’s festive bucket list. The city bustles with epic attractions that completely transform into breathtaking landscapes, full of twinkling skyscrapers and magical city sights during Christmas. But unlike other Christmas movies like ‘The Holiday’ and ‘Home Alone 2’, which predominantly focus on their setting, ‘Holiday Rush’ is more inclined towards other themes that revolve around a single father’s bittersweet relationship with his family. Nonetheless, it perfectly encapsulates the festive “feels” with its mesmerizing backgrounds that go well with its moving tale.

Queens, which is one of New York’s boroughs, is located on long island and has been a filming set for a myriad of films in the past. Classics like ‘The Godfather’, ‘John Wick’ and even ‘Goodfellas’ have been shot in New York’s second-largest borough. But Queen’s not a  just a mere backdrop of several shows and movies but has also been loathed for its incredible cultural diversity, and also, for being the birthplace for several luminaries of arts. Apart from having a primary setup in the populous state of New York, between frames, the film also walks you through several iconic attractions such as Ed Koch Queens Borough Bridge, Empire State Building and Brooklyn Bridge.

The house from ‘A Christmas Story’ has actually been converted into a full-fledged museum and even the hotel from ‘Home Alone 2’ is an actual Hotel where you can spend your Christmas. ‘Holiday Rush’ does not really revolve around any such grand locations that will be remembered by most viewers but it still manages to bring in the warmth, generosity, and joy of the season with its multicolored and flashy define mise en scène and whimsical jingles.

Despite being a holiday movie that predominantly features an entirely black cast, ‘Christmas Rush’, unlike many other African-American movies, does not venture too deep into any given culture and from the looks of it, it is color-blind; except for a few of its comic references here and there. Either way, though I wouldn’t call it Christmas Classic, it’s still an enjoyable festive film and its New York setup,  along with its warm-hearted amiable themes and comedy, very well add to the charm.