Where Was Lifetime’s Drowning in Secrets Filmed? Who is in the Cast? Is it a True Story?

Directed by Jacob Cooney, Lifetime ‘Drowning in Secrets’ is a mind-bending thriller movie that follows a woman named Micha as she returns to her hometown to search for her sister, who suddenly goes missing on a day out on the water. As she digs deep to look for clues to find her, she unearths a dangerous secret that can potentially destroy her entire family.

Thus, Micha races against time to decode the truth behind her sister’s mysterious disappearance and stop those who wish to harm her loved ones. Set in an eerie riverside town with sinister characters, ‘Drowning in Secrets’ becomes even more riveting due to its visual backdrop. Curious to know more about where it was filmed? Let’s dive in and find out!

‘Drowning in Secrets’ was filmed entirely in Connecticut, specifically in Old Saybrook, Cromwell, Hartford, and Middletown. Principal photography commenced most likely in mid-July 2021 and wrapped up in the first week of August 2021. Filmed under the production title ‘Secrets by the Shore,’ many locals were hired as background actors in the movie. Now, here are more details on the specific filming sites!

‘Drowning in Secrets’ was primarily filmed in Old Saybrook, a town situated at the meeting point of the Connecticut River and the Long Island Sound. The cast and crew taped major portions in the North Cove Historic District, a historic waterfront community with houses built between 1700 and 1855.

Pivotal parts of ‘Drowning in Secrets’ were filmed in Cromwell, a riverside town in Middlesex County. Several scenes were lensed in the Town Hall, the Covenant Living of Cromwell retirement community, as well as the riverfront area in town. The movie’s co-producer David Gere was born and raised in Cromwell. ‘Damon’s Revenge’ and ‘Jacknife’ are some of the other movies that were filmed in the town.

Some scenes from ‘Drowning in Secrets’ were also taped in and around Hartford, the capital city of Connecticut. Production took place at the Center for Education, Simulation, and Innovation at Hartford Hospital, located at 22 Jefferson Street. Furthermore, some parts were seemingly lensed at the Artisan Restaurant on 1 Memorial Road, in the bordering town of West Hartford.

Founded in 1635, Hartford is one of the oldest cities in the nation and houses major historic landmarks like the Wadsworth Atheneum Museum of Art, Bushnell Park, Mark Twain House, and the Harriet Beecher Stowe House and Research Center. The city also hosted the production of several movies like ‘One Royal Holiday,’ ‘Rediscovering Christmas,’ and ‘Sabotage.’

‘Drowning in Secrets’ was further taped in Middletown, a city along the Connecticut River in Middlesex County. The production team shot scenes at the Brew Bakers, a beautiful café located at 169 Main Street. Middletown was initially developed as a sailing port and industrial center but is mostly a residential area today. The reality TV series ‘Darcey and Stacey’ was also filmed in the city.

Christina DeRosa plays Micha Caldwell, a young woman who comes looking for her missing sister in her hometown. The talented actress is best known for her performance as Virginia Rizzo in the TV series ‘Gravesend.’ Chelsea Vale plays Micha’s sister Maya, who suddenly disappears during a trip on the waters. Vale has done notable roles in the movies ‘Burial Ground Massacre’ and ‘Mr. Birthday.’

Is Drowning in Secrets a True Story?

No, ‘Drowning in Secrets’ is not based on a true story. Its realistic nature can be attributed to the nuanced performances by the actors and the effective writing of Jacob Cooney and Jason White. However, the story suggests that the writing team seemingly took inspiration from numerous real-life incidents where women have gone missing while boating or at sea, like the disappearance of Sarm Heslop. She went missing while aboard a catamaran named the Siren Song in the US Virgin Islands. The vessel belonged to Sarm’s boyfriend, the Charter Captain Ryan Bane, who later informed the authorities. 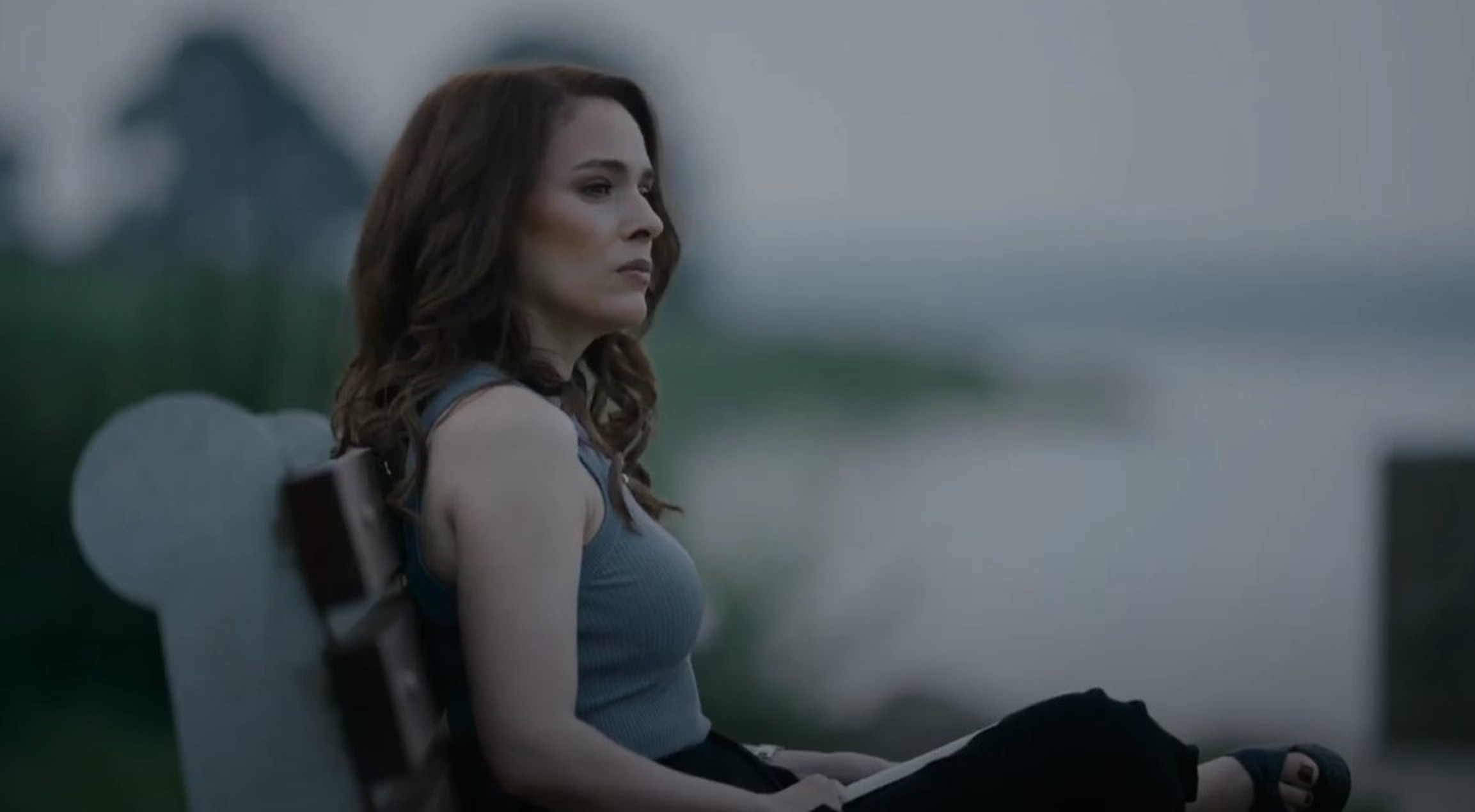 Moreover, according to the National Missing and Unidentified Persons System, as of January 2022, there are around 21, 518 open cases of missing persons in the US. The Lifetime movie highlights the plight of the families and loved ones of those who have gone missing through Micha’s agony of losing her sister. In addition, it depicts the lengths a person can go to save their siblings. It further explores the themes of complicated family dynamics and rivalries that lead someone to harm their own kin. To reinstate, ‘Drowning in Secrets’ is a fictional but compelling depiction of all the above-mentioned issues.