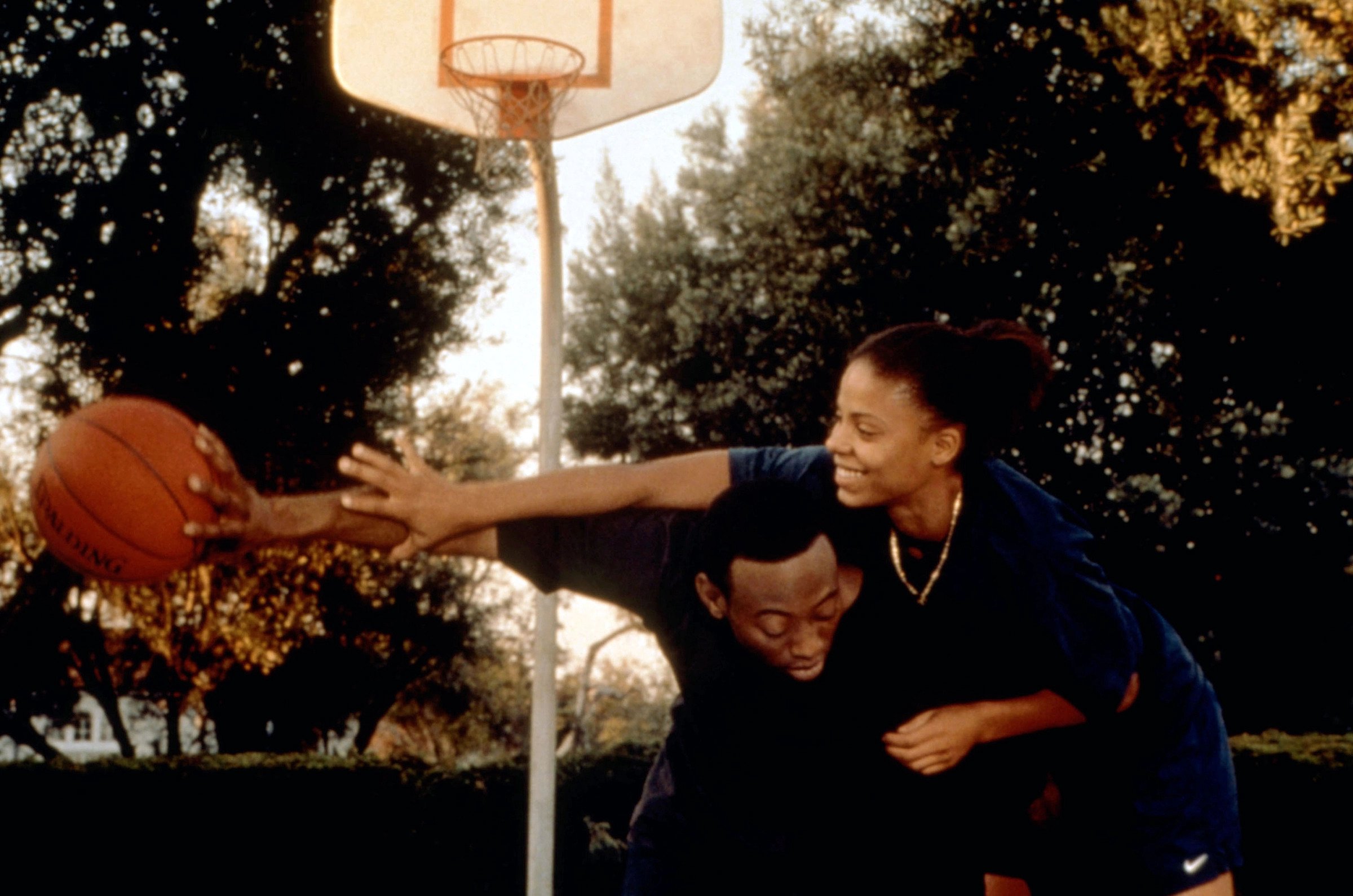 Written and directed by Gina Prince-Bythewood, ‘Love & Basketball’ is a 2000 sports romantic drama movie that follows Quincy McCall and Monica Wright, both of whom are passionate about basketball. It is in 1981 when the latter moves in and becomes a next-door neighbor to Quincy at the age of 11. Since they both want the same thing — to play in the NBA — there is a constant competitive spirit between them, which makes their relationship a love-hate one.

However, Monica and Quincy’s ambitions are not enough to get in the way of love as they both fall for each other over the years. Though unfortunately, their different paths to stardom tend to threaten the love that they share. Apart from the sentimental and sports-related narrative, what might intrigue you is the use of some interesting locations throughout the movie. Well, if that’s the case, we have got you covered!

‘Love & Basketball’ was filmed in  California, Georgia, and Spain, specifically in Los Angeles County, Atlanta, and Barcelona. Most of the sequences were taped in locations where the story is set, which significantly enhances the quality of the narrative. Before the production started, actress Sanaa Lathan had to train with a basketball coach for a couple of months as she had no prior basketball experience. Meanwhile, Niesha Butler was a star basketball player already, but she was paired with an acting coach to be fit to play her role in the movie. Now, let’s dive right into the specific locations that appear in the sports movie! 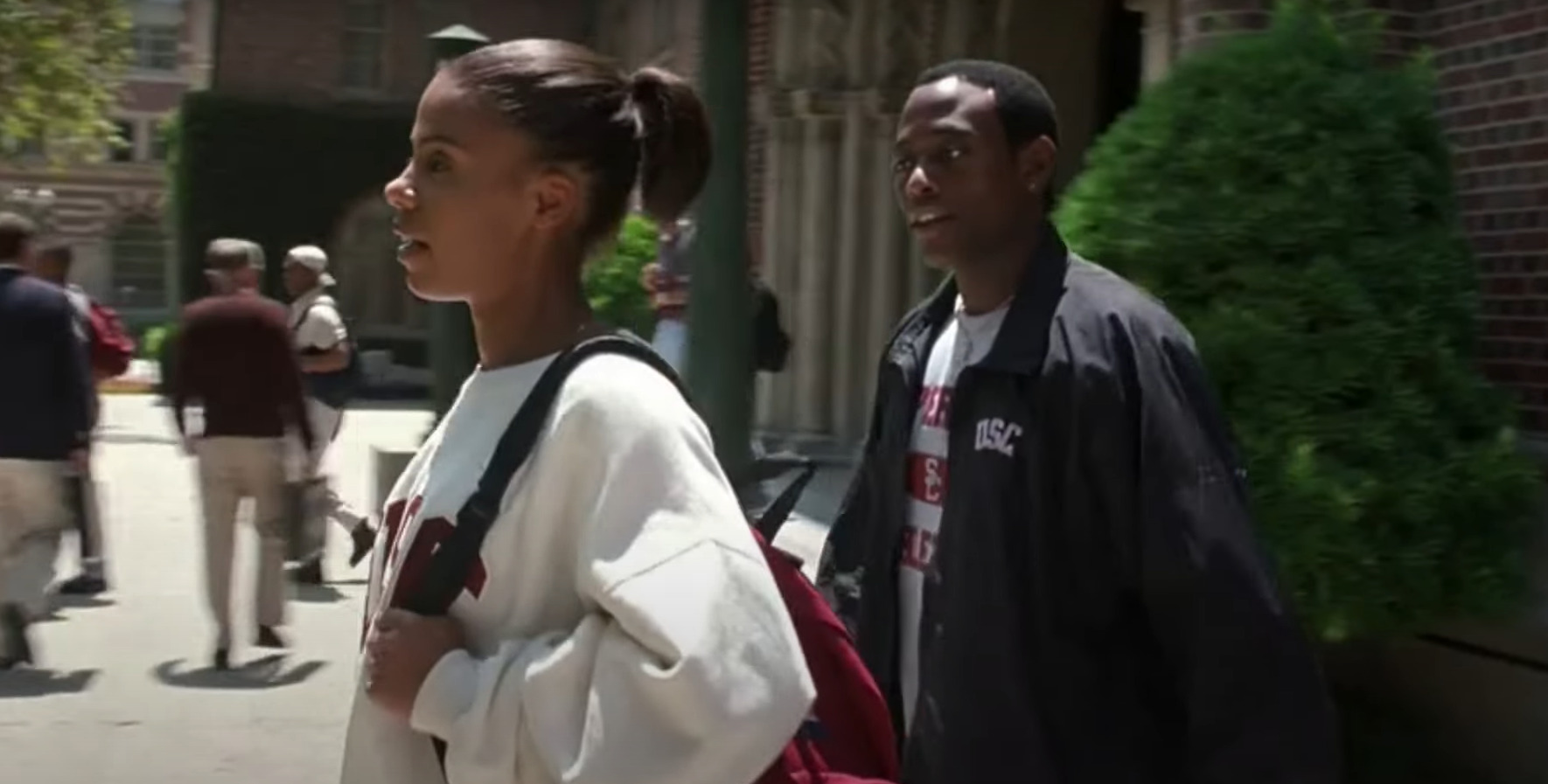 The production team of ‘Love & Basketball’ set up camp in Los Angeles County, the most populous county in the US, to record several pivotal sequences. The University of Southern California served as one of the major filming sites, along with a house at 3956 Kenway Avenue and the surrounding areas. Moreover, the cast and crew members shot a few portions in the Baldwin Hills neighborhood, the city of Inglewood, and the unincorporated area of Ladera Heights.

Important portions of ‘Love & Basketball’ were also lensed in Atlanta, the capital and most populous city of Georgia. To be specific, the filming unit utilized the facilities of the Tyler Perry Studios at 315 Deshler Street Southwest in Atlanta. The studio facility sprawls across 330 acres and consists of 12 state-of-the-art sound stages that have the features to meet all kinds of production requirements. Several movies like ‘The Contractor,’ ‘Red Notice,’ and ‘First Man‘ have been shot in the popular studio.

The scenes set in Barcelona, a city on the coast of northeastern Spain, were authentically taped on location in the Catalonian capital. Plaça d’Espanya (Plaza de España), one of Barcelona’s most important squares, served as one of the prominent shooting sites for the basketball-based movie. Apart from ‘Love & Basketball,’ several other movies and TV shows have been lensed in Barcelona, such as ‘Vicky Cristina Barcelona,’ ‘The Machinist,’ and ‘Hanna.’

Read More: Is Love & Basketball Based on a True Story?