Where Was OWN’s A Christmas Fumble Filmed? Who is in the Cast? 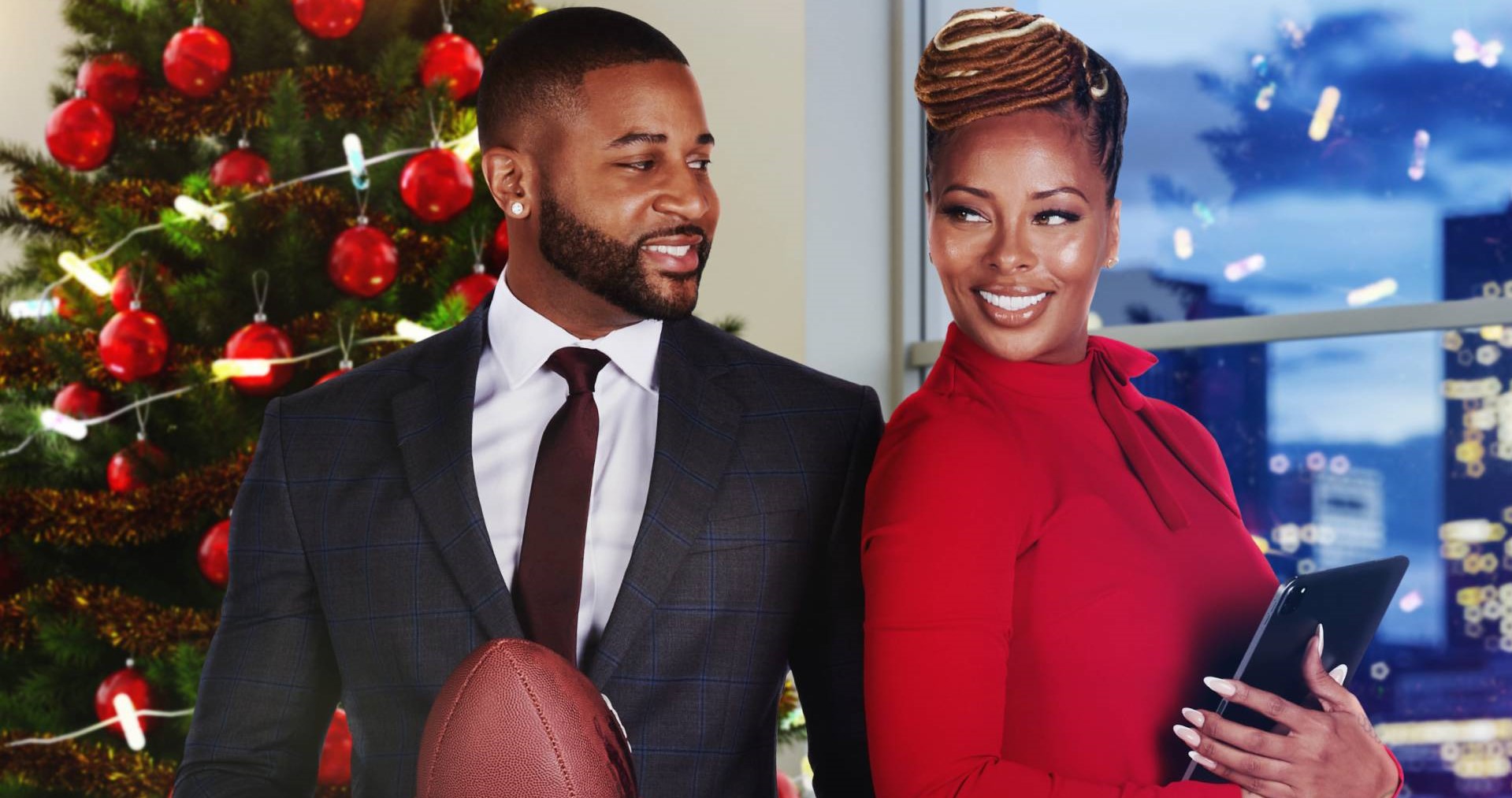 Directed by Roger M. Bobb, OWN’s ‘A Christmas Fumble’ is a romantic comedy movie that follows an ambitious and competent crisis manager Nicole Barnes, nicknamed the Queen of Crisis Management, who has maintained a remarkable record throughout her career. However, when she gets assigned the scandalous case of her former boyfriend and controversial ex-footballer, Jordan Davies, she must live up to her name and handle the most complex task of her career in the best way she can. Despite Nicole’s best attempts to keep things strictly professional, inevitably, old feelings are renewed as she gets attracted to him all over again.

Meanwhile, the two try to rebuild the latter’s spoilt image before Christmastime. A part of the ‘OWN For The Holiday’ lineup, the holiday movie touches upon several themes, including the side effects of stardom and the reignition of old feelings. These are enhanced by the brilliant performances of a talented ensemble cast. At the same time, the different locations throughout the movie are bound to make one wonder where ‘A Christmas Fumble’ was shot. If you are one such curious soul, here are all the details regarding the same!

‘A Christmas Fumble’ was filmed entirely in Ontario, mainly in Ottawa. As per reports, the principal photography for the romantic movie commenced in early July 2022 and wrapped up within the same month. Situated in Central Canada, Ontario is the most populous and the second-largest province in the nation. Its vast and diverse landscapes make it a suitable filming site for different movies, including ‘A Christmas Fumble.’ Now, without much ado, let us take you through all the places that appear in the OWN movie!

All the pivotal sequences for ‘A Christmas Fumble’ were lensed in and around Ottawa, Canada’s capital city. According to reports, the production team set up camp at various sites across the city, including Sparks Street and Queen Street, to tape scenes against suitable backdrops. During the shooting schedule, the cast and crew members were spotted recording key portions of the movie in and around ByWard Market at 55 ByWard Market Square and The Albion Rooms – Craft Cocktails & Farm-to-Table Food at 33 Nicholas Street.

In addition, the Centertown neighborhood in Somerset Ward served as another important production location for the romantic movie. Situated at the confluence of the Ottawa and Rideau Rivers, Ottawa is home to many vital buildings, foreign embassies, and government organizations, making it the nation’s political center.

With millions of visitors frequenting the city, tourism is one of the major contributors to Ottawa’s economy. Ontario has several landmarks and museums, such as the Château Laurier, the former Ottawa Teachers’ College, Confederation Square, the Canada Science and Technology Museum, the Canada Agriculture and Food Museum, and the National Gallery of Canada.

Apart from tourists, Ottawa is visited by several filmmakers; the capital has hosted the production of various projects. Besides ‘A Christmas Fumble,’ the city’s locales have been featured in ‘Hotel for the Holidays,’ ‘Royally Wrapped for Christmas,’ ‘The Christmas Setup,’ and ‘Too Young to Marry.’

Eva Marcille plays the lead role of Nicole in the movie. The actress is known for her roles in TV shows like ‘The Young and the Restless,’ and ‘House of Payne.’ On the other hand, Devale Ellis essays Jordan Davies, an ex-footballer. Apart from the two leads, Jenny Itwaru (Lacey Jones), Monica Rodriguez Knox (Dawn), Lory Mpiana (Carla), Kosta Haitas (Delvin), Brandon Michael Arrington (Christian Robinson), and Jonathan Nathaniel (Keith Davies) play pivotal roles in ‘A Christmas Fumble.’ Other cast members include Chris James (Greg) and Brian Alexander (Mark Greene).