Where Was She’s Funny That Way Filmed?

Directed by Peter Bogdanovich, ‘She’s Funny That Way’ is a 2014 romantic comedy movie that chronicles the interwoven lives of different cast and crew members of a Broadway play that makes things quite complicated for everyone involved. Despite being married to Delta Simmons (Kathryn Hahn) with two children, Broadway director Arnold Albertson (Owen Wilson) hires a call girl, Isabella Patterson (Imogen Poots), who dreams of becoming an actress. He offers her a large sum of money to quit her current occupation and go after her goals, but with Delta set to star in his new play ‘A Grecian Evening,’ things get more complicated.

The playwright Joshua Fleet (Will Forte) starts falling for Izzy even though he is in a relationship with Jane Claremont (Jennifer Aniston), who happens to be her therapist. Moreover, Seth Gilbert (Rhys Ifans), Delta’s counterpart in the play, has been in love with her for years. The interconnected relationships between these characters lead to all kinds of misunderstandings and some hilarious scenes. Furthermore, the backdrop of the bustling city and the theatre is bound to make you wonder where ‘She’s Funny That Way’ was lensed. If that’s the case, we have got you covered!

‘She’s Funny That Way’ was filmed entirely in New York, specifically in New York City. The principal photography for the Jennifer Aniston-starrer commenced in July 2013 and wrapped up in August of the same year, after 29 days of shooting. Officially known as the State of New York, it is the fourth most populous state in the United States. Since the Empire State is known for its vast and diverse landscape, it makes for an ideal filming location for different kinds of productions. So, let’s dive right into the specific locations where the screwball comedy movie was taped!

All the pivotal portions of ‘She’s Funny That Way’ were recorded in New York City, the most populous city in the United States. The 4-star hotel, InterContinental New York Barclay, served as one of the prominent production sites for the romantic comedy film. Located at 111 East 48th Street between Park and Lexington Avenues, this hotel is where the hotel scenes involving Isabella and Arnold were shot. 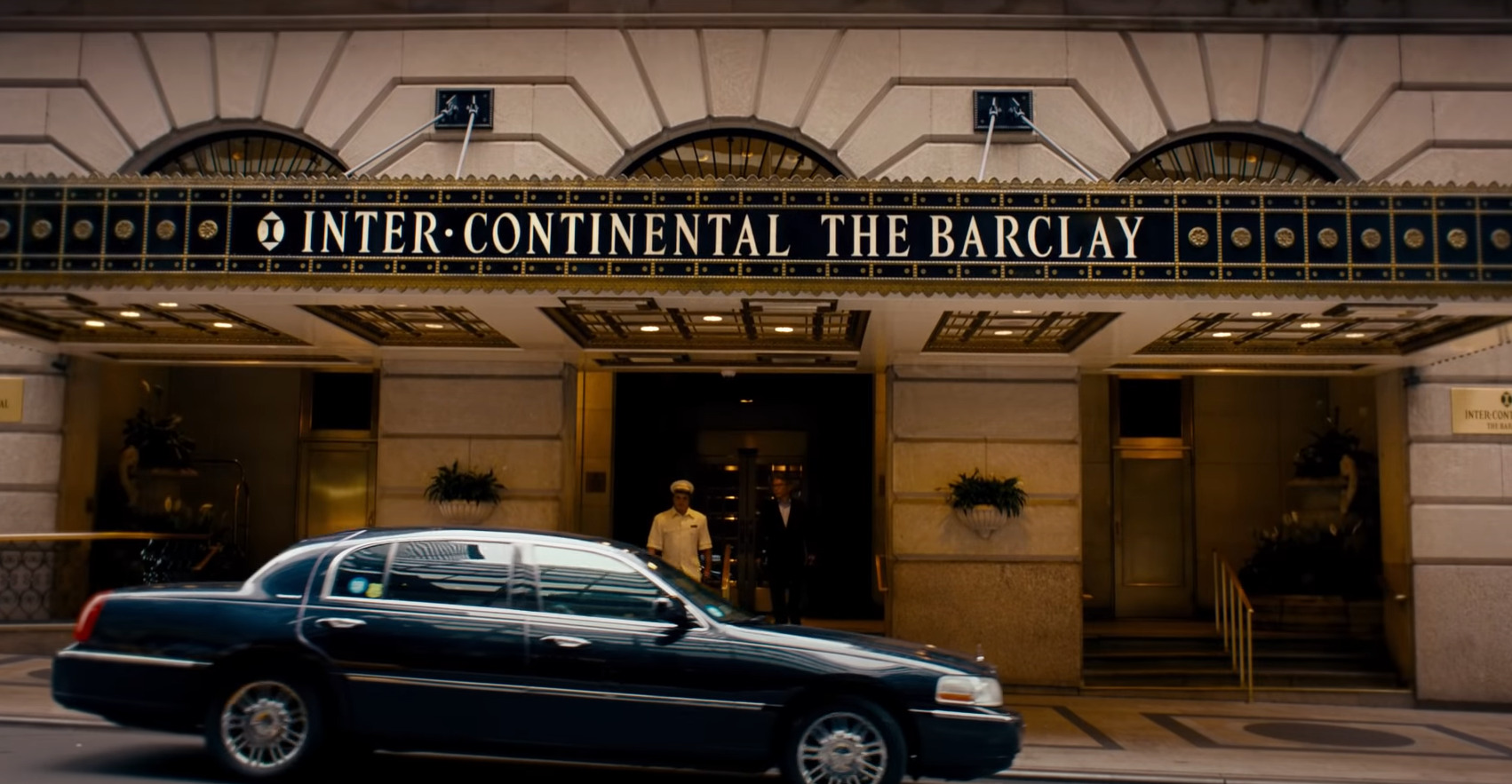 As for most of the theatre scenes in the romcom, they were all lensed in an actual theatre, Belasco Theatre. Located at 111 West 44th Street in Manhattan, it was originally known as the Stuyvesant Theatre. Being a Broadway theatre itself, it was a suitable spot to shoot a movie primarily based in a theatre. The production unit of the romcom utilized Macy’s department store at 151 West 34th Street to tape some important sequences. 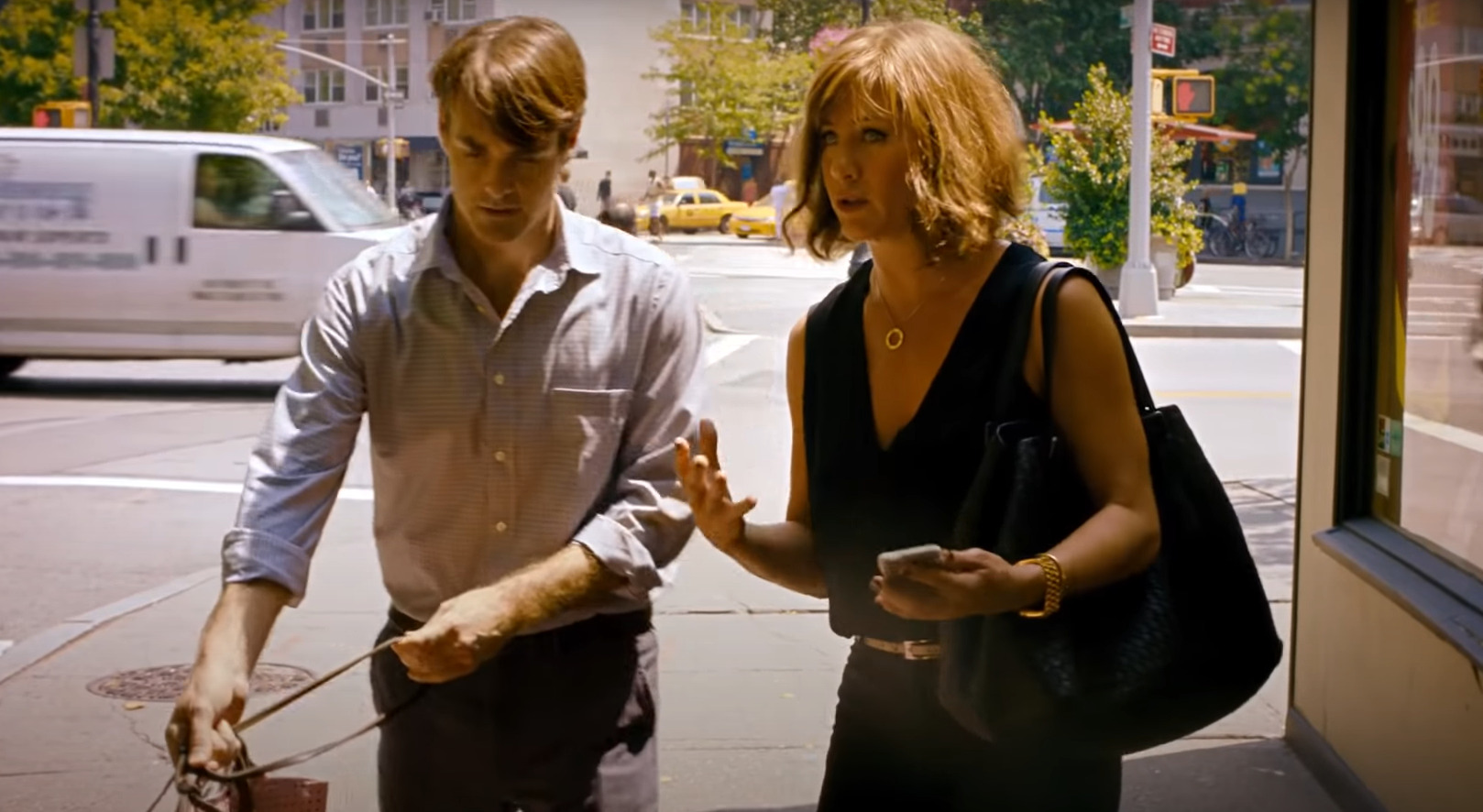 Moreover, Sardi’s Restaurant at 234 West 44th Street and 7th Avenue in Manhattan served as another pivotal shooting site for the movie. Several exterior shots for the movie were taped on location; for instance, the scene involving Jane and Joshua walking down the street with her dog was lensed on Christopher Street and Greenwich Avenue. Furthermore, Central Park South is another location where some exterior scenes were recorded.

Being referred to as the world’s media capital, the Big Apple is considered a prominent location for the entertainment industry, with many movies and TV shows being set and filmed in the city. Apart from ‘She’s Funny That Way,’ some notable filming projects that have utilized New York City’s locales are ‘Taxi Driver,’ ‘Joker,’ ‘Catch Me If You Can,’ ‘The Punisher,’ and ‘Person of Interest.’