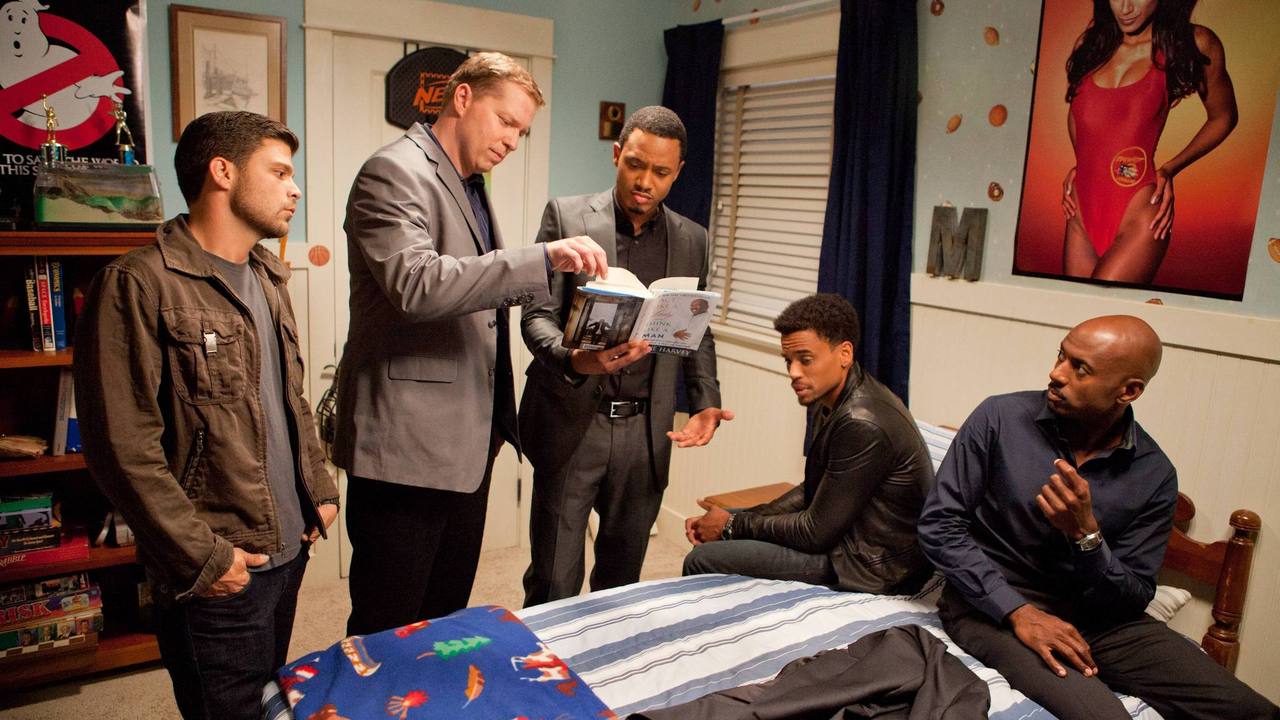 The 2012 romantic comedy ‘Think Like a Man’ was directed by Tim Story and written by Keith Merryman and David A. Newman for the screen. It was inspired by Steve Harvey’s book ‘Act Like a Lady, Think Like a Man,’ published in 2009. Michael Ealy, Meagan Good, Jerry Ferrara, Regina Hall, Romany Malco, Terrence J, Kevin Hart, Taraji P. Henson, and Gabrielle Union are among the prominent cast members of the movie.

Set and shot in Los Angeles, the 2012 romantic comedy was shot across different locations in and around Culver City and the sprawling city of Los Angeles in California. The production commenced on July 1, 2011, and concluded after over two months weeks in September 2011. If you are wondering about the exact location of the specific locations and local sites we see in the film, here’s everything you need to know!

‘Think Like a Man’ serves as a love letter to Culver City in Los Angeles County, California. The majority of the filming took place in the region. Though Georgia was first considered as a production site, Glenn Gainor, then-Head of Physical Production for Screen Gems (the production house of the film) convinced the team to choose Culver City as the primary filming location. Owing to that, the team managed to cut down the traveling and parking costs and also saved up to $10,000 in taxes.

Shedding light on the decision, Gainer told LA Times, “I came up with this idea that if we shot Culver City for Culver City, we could get the local politicians and shop owners on board and excited about this movie so that it would almost be a little post card for the community.” He added, “My motivation to shoot in Culver City was inspired by how movies used to be made. The script needs houses, restaurants, and streets. Culver City has houses, restaurants, and beautiful city streets. Why should we take it anywhere else?”

The team was spotted capturing exterior scenes at Kirk Douglas Theatre at 9820 West Washington Boulevard. A few scenes were also taped at the popular restaurant Rush Street, located at 9546 on the same boulevard in the heart of Culver City. The city is best known as the center of Metro-Goldwyn-Mayer studios and the headquarters of Sony Pictures Studio. The stages and services of the latter at 10202 West Washington Boulevard was also utilized by the team for several sequences. Films and shows such as ‘Bullet Train,’ ‘Euphoria,’ ‘Interstellar’ and ‘Ray Donovan’ were filmed at the studio facility.

Apart from that, well-known eateries like Akasha Restaurant at 9543 Culver Boulevard and L’Epicerie on Culver Boulevard also served as filming sites. The team also shot in residential areas and at Culver City High School at 4401 Elenda Street, where Cedric (Kevin Hart) challenges basketball players of Metta World Peace and other Lakers to a game. Culver Studios at 9336 Washington Boulevard also served as one of the shooting sites.

Several locales in the City of Angels in Southern California were used for filming a portion of ‘Think Like a Man.’ The cast and crew shot a few scenes at The Ritz Carlton and the JW Marriott hotel situated in downtown Los Angeles at L.A. LIVE, as well as the now-closed WP24 by Wolfgang Puck. Another location in Los Angeles that doubled up as a filming site is Barnes & Noble at 10850 West Pico Boulevard. The famous street scenes were shot at South Grand Avenue and West Olympic Boulevard.

The movie’s producer, Will Packer, said he was intrigued by shooting in a different area of Los Angeles. Packer said, “There are such interesting looks here –the shops, the restaurants, the historic buildings. I thought this would allow us to stay close to the studio and showcase a side of Los Angeles that is not usually seen.” Per sources, the main motive behind the filmmakers choosing Los Angeles was the sheer beauty of the streets, the houses, and the local restaurants that showcased a perfect backdrop to the 2012 rom-com.

A few scenes were also shot at Santa Monica Pier at the foot of Colorado Avenue in the coastal town of Santa Monica in Los Angeles County. Situated along Santa Monica Bay on the Southern Coast of the state, the city of Santa Monica is known for its vibrant landscape, beaches as well as dreamy amusement arcades. Thus, it is not surprising that the production team chose the city as one of the shooting destinations.

Read More: Is Think Like a Man Based on a True Story?