Where Was Ticket to Paradise Filmed? All Filming Locations 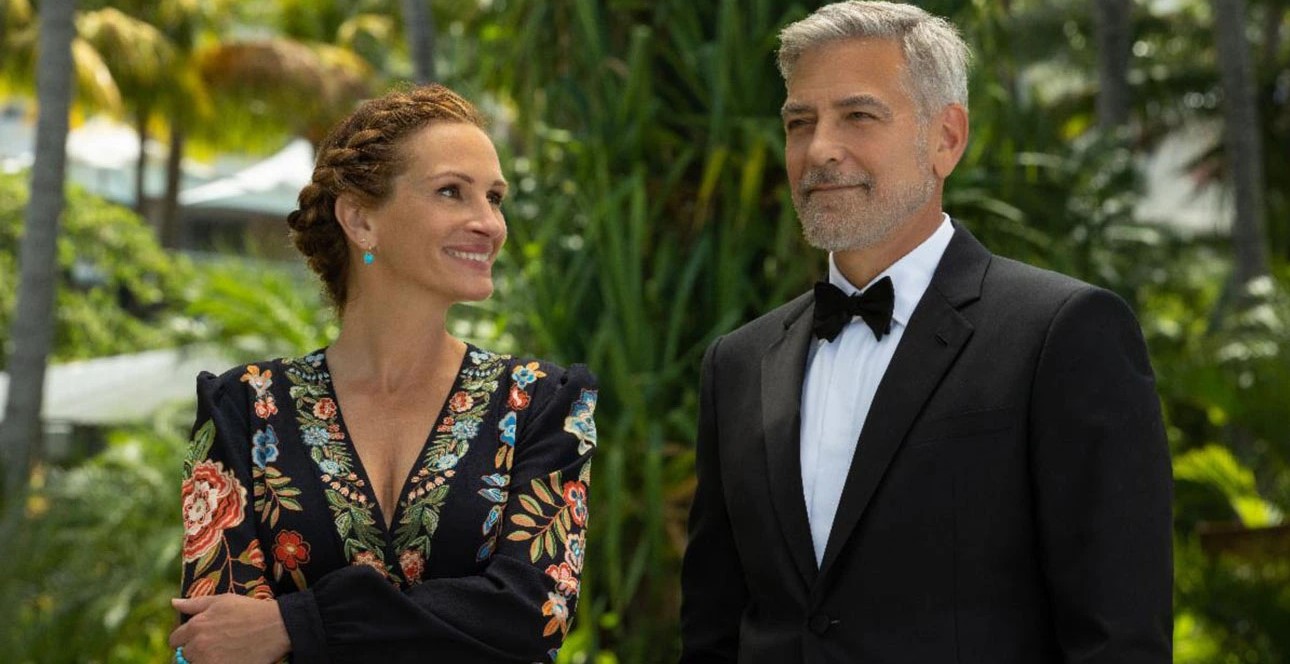 Co-written and directed by Oliver Parker, ‘Ticket to Paradise’ is a romantic comedy movie that revolves around two divorced parents — David and Georgia Cotton — who coincidentally cross each other’s paths again as they visit their daughter, Lily, to stop her from getting married to a man, Gede, she has just got to know. Setting their differences and grudges aside, David and Georgia decide to team up and plot schemes to sabotage Lily’s wedding. In this way, they can save their daughter from making the same mistake they made when they married 25 years ago.

Featuring a stellar cast comprising Julia Roberts, George Clooney, Kaitlyn Dever, Maxime Bouttier, and Billie Lourd, it features several comedic elements and picturesque locations, including the backdrop of the open waters. The visual aesthetic of the film is enough to incite curiosity about the actual filming sites of ‘Ticket to Paradise’ in your mind. Well, you are in luck because we are here to provide you with all the details regarding the same!

‘Ticket to Paradise’ was filmed in Australia, Indonesia, and California, specifically in Queensland, Bali, and Los Angeles. As per reports, the principal photography for the rom-com film commenced in November 2021, but the production got halted for a while in January 2022 due to the COVID-19 pandemic. Finally, it got wrapped up in February 2022. Now, let’s take a look at all the scenic locations that appear in the Julia Roberts-starrer!

A majority of ‘Ticket to Paradise’ was lensed in Queensland, the second-largest and third-most-populous state in Australia. The filming unit set up camp on the Whitsunday Islands, which doubled up as Bali in the movie. The original plan was to tape all the scenes set in Bali on location, but due to the COVID-19 restrictions, the production team had to settle for the equally beautiful site, the Whitsunday Islands.

Chalkie’s Beach AKA Stockyard Beach and Whitehaven Beach in Whitsundays served as a couple of filming sites for the film. In addition, the production team built Balinese-style huts on the beachfront of the Palm Bay Resort on Long Island, one of Queensland’s hidden gems, in order to make the place stand in for Bali. Moreover, the cast and crew even taped a few scenes on location in the coastal locality of Airlie Beach and qualia, a 5-star resort at 20 Whitsunday Boulevard in Hamilton Island.

The scene where David and Georgia arrive in Bali was taped in and around Hamilton Island Airport, while the golfing scenes were seemingly recorded in the Hamilton Island Golf Club located on Dent Island near Hamilton Island. Moreover, One Tree Hill and Bougainvillea Bar on Resort Drive overlooking Catseye Beach were also utilized for shooting the movie. Meanwhile, Tangalooma Island Resort on Moreton Island was converted into a Bali paradise for a few scenes.

Many sites around the City of Gold Coast, the local government area that includes the Gold Coast and the surrounding areas in Queensland, also served as shooting sites for ‘Ticket to Paradise.’ The HOTA Gallery at 135 Bundall Road in Surfers Paradise stood in for an LA art gallery in the movie. The vicinity of the Tamborine National Park in the Gold Coast hinterland, particularly a 1920s house set in its private jungle and a creek in the Tamborine Mountain, was utilized for lensing some portions.

In addition, some scenes were also taped in cane fields near the rural locality of Norwell and Carrara Markets on Cnr Manchester Road and Gooding Drive. Furthermore, during the filming schedule, the cast and crew members were spotted taping several pivotal sequences in and around Brisbane, the capital and most populous city of Queensland. The sites in Brisbane that served as production locations are Brisbane International Airport on Airport Drive, Queen’s Wharf, and the Brisbane City Hall at 64 Adelaide Street.

Although a majority of scenes set in Bali were taped in Queensland, it seems that a few exterior shots were lensed on location in Bali, a breathtakingly beautiful province of Indonesia. Over the years, Bali has hosted the production of many movies and TV shows; some of them are ‘Red Notice,’ ‘The Fall,’ and ‘Bali 2002.’

It seems that to record some additional portions for ‘Ticket to Paradise,’ the filming unit traveled to Los Angeles, the largest city in California and the second most populous city in the country. Apart from ‘Ticket to Paradise,’ the City of Angels has aided the production of several filming projects over the years, such as ‘Bullet Train,’ ‘Blonde,’ and ‘House of the Dragon.’