Where Was ‘Truth Be Told’ Filmed? 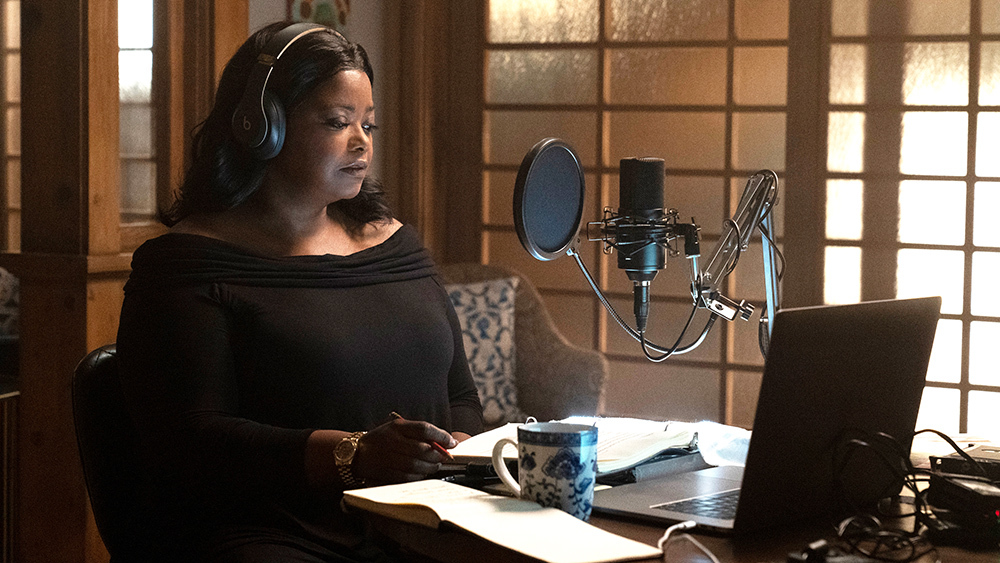 Octavia Spencer is an actor who has been proving her mettle for quite some time now, and with roles in films like ‘Snowpiercer’, ‘Hidden Figures‘, and ‘The Shape Of Water‘, a project with her in the lead is something we all have been waiting for. This is exactly what Apple TV+ delivers with its new crime-drama TV series ‘Truth Be Told’. Along with her, we also get to see Aaron Paul and Lizzy Caplan in other important roles in the series.

Created by Nichelle Tramble Spellman, ‘Truth Be Told’ is set entirely in Los Angeles and centers around the character of Spencer, who is an investigative reporter running a famous true-crime podcast. LA being the city which was the setting of a number of neo-noir films, it looks like the perfect place in which a gritty TV series like ‘Truth Be Told’ can be filmed.

Spencer’s character Poppy Parnell is an investigative journalist who was behind the indictment and incarceration of Warren Cave who she believed was the killer of his neighbor Chuck Buhrman. The story of the series begins long after this incident took place, and currently, new evidence has surfaced which points towards the possibility that Warren might not be the killer after all. Thinking that he is in jail because of her, Poppy feels that it is her moral obligation to fight for Warren and make sure that he does not spend more time behind bars.

Regarding what the series wants to achieve, series creator Nichelle Tramble Spellman says that the goal is to capture the aftereffects of a tragedy on a family. “It’s kind of a family drama masquerading as a crime drama. The thing that sparked my interest about telling the story was the ripple effect of crime and tragedy on the families and the people involved. So much time is spent away from the aftermath that I thought it was interesting to live in that — and for 20 years later, something you thought you put to bed or healed in a way that you could go on with your life is something that is up and running and people are talking about and your coworkers now know details. What was that like? That’s what drove this”, said Spellman in an interview with Variety.

The brilliant cinematography of ‘Truth Be Told’ captures the mood of the drama perfectly. There is an intense use of light and shadow which gives the series a noirish look that will remind you of similar shows like ‘Marcella‘ or ‘Broadchurch‘. Shot mostly indoors, confinement becomes one of the major themes of the series. Warren is someone who has spent around a couple of decades inside a jail for a crime he has not committed. We get to see his life in the jail, (which was probably constructed in a studio), where hardened criminals are the only people he gets to interact with. To save himself from attacks, we see that Warren is now a member of the prison gang called the Aryan Brotherhood.

Most of the filming for this series was done at the Paramount Studios on Hollywood’s Melrose Avenue. The place where we see Octavia recording her podcast, the jail, and most of the other interior locations were all most likely constructed inside the studio. This was probably done because sets needed to have particular measurements for the cinematography to play a major part in telling the story. Instead of trying to adjust your plans according to the locations available, it is always preferable for the director and the cinematographer to have the sets built according to their specific requirements.

It is also interesting to know that the Paramount Studios have been the home to some major productions over the years like ‘Suicide Squad‘, Sergio Leone’s ‘Once Upon A Time In The West’, TV shows like ‘Frasier’, ‘Community’, and so on.

To wrap it up, we can say that Apple TV+ is constantly coming up with exciting new TV shows with some of the biggest names in the industry to attract a significant number of subscribers. Netflix, Amazon Prime, and even Hulu have a stronghold over the TV series market, but with Apple TV+ coming into the picture, we can be sure that nobody’s position is safe any longer. ‘Truth Be Told’ has been receiving some flack from critics, but that should not deter you from checking out some of the solid performances put in by its talented cast.