Where was Your Christmas or Mine Filmed? 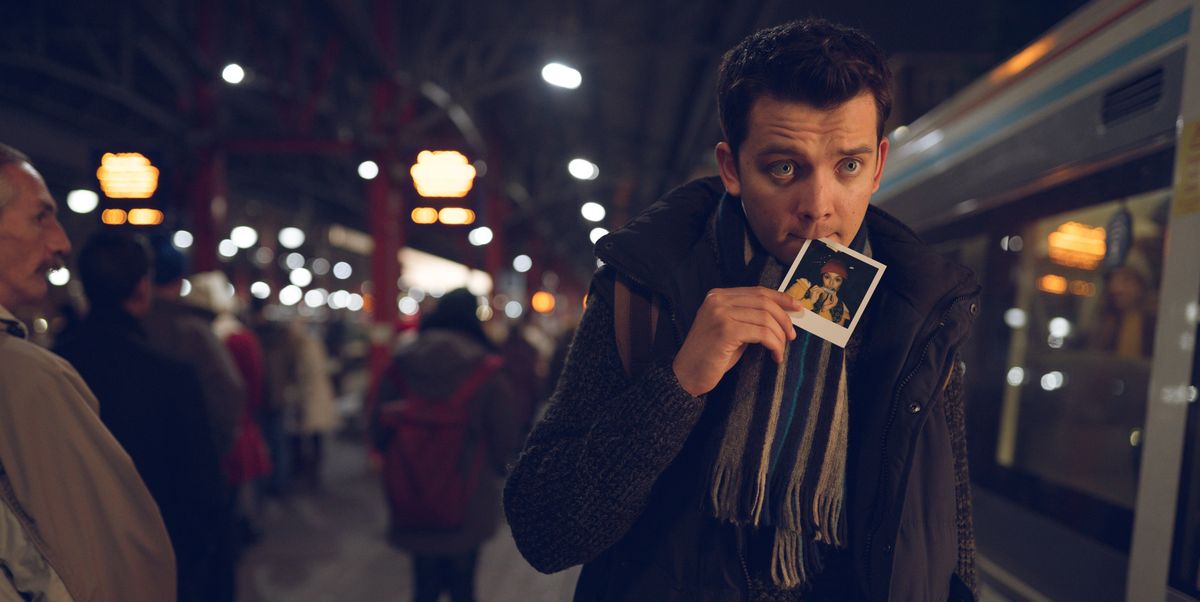 Directed by Jim O’Hanlon, ‘Your Christmas or Mine?’ captures the true spirit of young love amidst the holiday season. The British romantic comedy film narrates the tale of two young lovers, James (Asa Butterfield) and Hayley (Cora Kirk), who bid their goodbyes before leaving to spend the holiday season with their respective families in their hometowns. However, in a hilarious comical twist, both James and Hayley make a last-minute decision to surprise each other by visiting each other’s families for Christmas.

Hayley and James cross at the train station while getting on the train that leads to their partner’s hometown. The not-so-classic train swap ends up becoming one of the funniest swapped family Christmases. While Hayley ends up in a big mansion in Gloucester where there is hardly any celebration, James steps into the world of a cozy warm Christmas in a large family in Macclesfield. The pair eventually get stuck in their partner’s homes for Christmas, where they must face the family, thereby uncovering an awful lot about their lover.

Coupled with the impressive performance by the main cast, the warm themes of Christmastime and bringing families together keep viewers interested in the holiday romance from start to finish. The fuzzy and vibrant setting of the holiday season against some interesting backdrops will make you ponder where ‘Your Christmas or Mine’ was shot. In that case, we have you covered!

Your Christmas or Mine Filming Locations

Set in the north of England, ‘Your Christmas or Mine’ was filmed in England, particularly in Buckinghamshire and London. Principal photography commenced in August 2021, and it was presumably completed within several weeks. Without further ado, here is a closer look at the filming sites.

Most of the scenes in ‘Your Christmas or Mine’ were shot in London, the capital city of England and the United Kingdom. The famous train station scene where the lovers swapped trains was filmed at the Marylebone Station in Marylebone in the heart of central London. The station is a prominent filming location that has been used for filming several train station scenes in famous productions, including ‘Conjuring 2’ and ‘Paddington.’

Due to its stunning architecture and cityscape, as well as some of the greatest hi-tech worldwide film studios, London is also a sought-after filming location. Along with popular TV dramas like ‘Bridgerton,’ movies such as ‘The Batman,’ ‘Eternals,’ and ‘Spencer’ have all been filmed in London. Furthermore, with several renowned attractions, including the London Eye, Westminster Abbey, Greenwich Village, and Buckingham Palace, London is a significant center of culture, commerce, tourism, art, and education.

For the purpose of filming, the cast and crew of the Christmas movie also visited Buckinghamshire in South East England. A few scenes were likely shot in the market town of High Wycombe AKA Wycombe, which is also the largest town in the ceremonial county. In the 18th and 19th centuries, the town was also referred to as the “Furniture Capital of England” because of its huge furniture production. Apart from its thriving local market, High Wycombe is known for Hell-Fire Caves, Wycombe Museum, Hughenden Manor, and Odds Farm Park.

Almost all of the interior scenes were taped at the famous Pinewood Studios in the quaint village of Iver Heath in Buckinghamshire. Around 29 kilometers west of central London, the production facility is situated on Pinewood Road and has served as a filming site for several productions, apart from ‘Your Christmas or Mine.’ Films like ‘The Dark Knight,’ ‘Rogue One: A Stars Wars Story,’ ‘Jurassic World: Dominion,’ and ‘No Time to Die’ utilized the facilities provided by the film and television studio during their production.