Who Is Spencer? Is Sylvester Stallone’s Daughter in Tulsa King?

‘Tulsa King‘ is a crime drama series on Paramount+ created by Taylor Sheridan. It follows Dwight “The General,” Manfredi (Sylvester Stallone), a mafia capo from New York who is recently released from prison. Dwight is banished to Tulsa, Oklahoma, on an assignment to form a criminal syndicate in the small town. In the process, Dwight meets Spencer, a young woman who becomes a part of his life. If you are wondering who plays Spencer and whether the actress is related to Sylvester Stallone, here is everything you need to know! SPOILERS AHEAD!

Spencer first appears in the second episode of ‘Tulsa King,’ titled ‘Center of the Universe.’ In the episode Dwight “The General,” Manfredi explores his new surroundings. Dwight visits a cafe and witnesses a horse roaming freely in the town streets of Tulsa. The site is riveting for Dwight, who has lived mainly in New York City and its crowded streets. Therefore, he asks the barista at the cafe about the horse. Spencer, the barista, tells Dwight about Pilot, the horse, and his will to roam freely in the town. 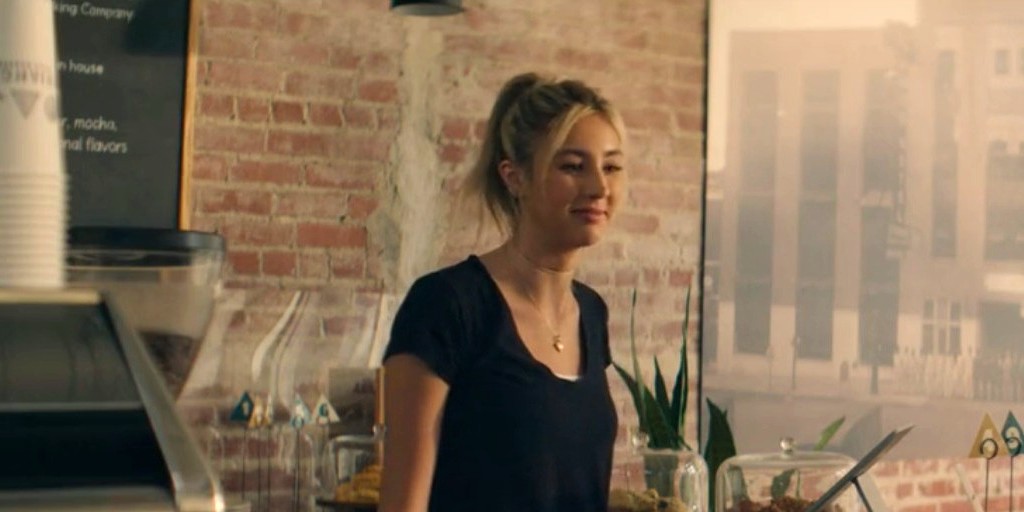 Soon, Dwight starts frequenting the cafe and meets Spencer a few more times. In the sixth episode, titled ‘Stable,’ Dwight waits for Pilot to witness him freely roaming the town street. However, Spencer tells Dwight that Pilot is being put down because of old age. Spencer also reveals that she is quitting her job at the cafe. Recognizing Spencer’s love for horses, Dwight offers her a job as Pilot’s caretaker after he buys the horse from its owner. Thus, Spencer becomes a part of Dwight’s circle.

The real-life father and daughter do not play a similar relationship in the show. In the series, Scarlet essays the role of Spencer, a barista who works at a cafe in Tulsa. Like her father, ‘Tulsa King’ also marks Scarlet’s debut on television, albeit in a supporting role. She made her acting debut with the 2014 drama movie ‘Reach Me.’ However, Scarlet is better known for her social media presence.

Although she likes to keep her personal life private, Scarlet’s Instagram profile suggests that, like her character, Spencer, she also loves horses in real life. In ‘Tulsa King,’ Stallone’s Dwight hires Scarlet’s Spencer to take care of his horse Pilot. Therefore, it is likely that Scarlet will appear in the show in a recurring capacity. As a result, viewers are likely to see more of the father and daughter on the screen in the upcoming episodes.

Read More: Who Is Tico Tavares in Tulsa King? Why Did Pete Hire Him?