Who Pays for Renovations on Celebrity IOU? Do Celebrities Pay or Does HGTV?

‘Celebrity IOU‘ is a reality television series from the stars of ‘Property Brothers,‘ Jonathan and Drew Scott. The feel-good series is one of the most exciting shows in the lifestyle and home makeover sub-genre. In each episode, one celebrity works closely with the Scott brothers to do a complete makeover of a house belonging to someone important to them. It is their way of thanking this special person, and the various celebrity appearances have become a trademark of the show.

Despite the willing contributions and invaluable insights the celebrities provide, one question fans of the show have pondered over is if the celebrities pay for the renovations. If not them, who pays for it? We also got curious about the same and dug out the answer for you. Here’s everything we learned!

Who Pays for Renovations on Celebrity IOU?

In ‘Celebrity IOU,’ the goal of the Scott Brothers is clear: to provide a unique and personalized home renovation to those close to the celebrities. Many celebrities such as Brad Pitt, Viola Davis, Rebel Wilson, and Melissa McCarthy have appeared on the show. The renovations are a gesture of gratitude from these celebrities to their loved ones. Therefore, it makes sense for them to pay for the costs, right?

In one episode, Jeremy Renner renovated a condo for his mom, which makes a strong argument for the ‘Avengers’ star to have paid for the expenses. Well, while that might be the case, it is currently unconfirmed. Various reports have stated that Brad Pitt indeed covered the expenses of the renovation of his makeup artist Jean Ann Black’s home. However, this information remains unsubstantiated. Furthermore, there are no similar reports mentioning some of the other celebrities doing the same.

One-half of the dynamic house makeover experts, Jonathan Scott, revealed in 2017 through a Facebook Live that he and his brother pay for the renovation of the houses on several of their shows. On most of these shows, the houses are purchased by the brothers, renovated, and sold for profits. That logic certainly wouldn’t apply to ‘Celebrity IOU’ as the properties Jonathan and Drew Scott work on belong to a person for whom the renovation is being done. Therefore, it is likely that the show’s network HGTV covers some cost of the renovation. 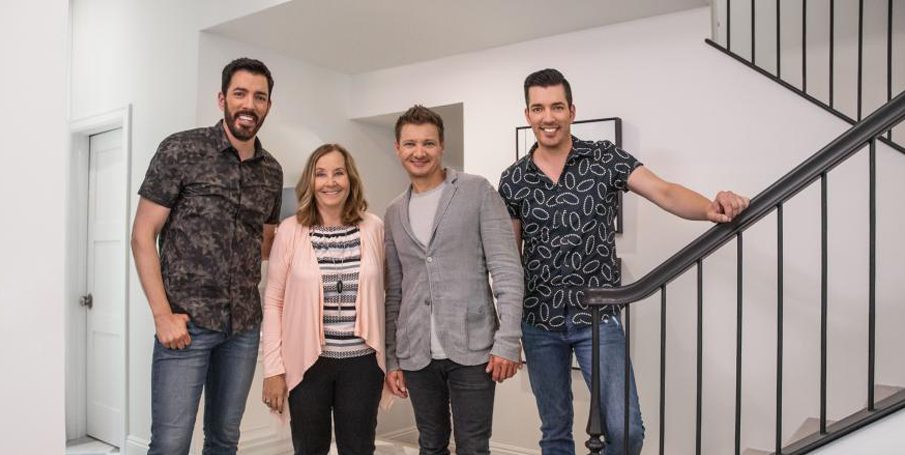 However, Jonathan has also said that the network only covers filming expenses for their shows. Another possibility is that the expenses are covered through various sponsors. Given the publicity the brands would receive from the show and the popularity of the Scott brothers, that is certainly plausible. It is also possible that the Scotts have long-standing deals with raw material providers that allow them to secure the materials at a discounted rate. From what we have seen, the renovations are highly personalized and include some luxurious additions to the homes.

Apart from the items, there is also the matter of labor and other costs that need to be covered. All in all, the renovations are an expensive affair. Therefore, it makes sense that the people involved in the renovation, that is, the Scott Brothers, the celebrities, the network, and the sponsors (if any), have some sort of arrangement that splits the expenses between all the parties. Ultimately, the remodelings are a thank you gift, and revealing any kind of financial information about the renovations would taint the emotion behind the wonderful gestures.