Why Did Beth Have an Abortion on Yellowstone? Does Rip Know Beth Had an Abortion?

‘Yellowstone‘ on Paramount Network is a riveting neo-Western drama surrounding the Dutton family, who owns and operates one of the biggest ranches in America. Among the family members, Beth Dutton is a fan favorite, and her relationship with Rip Wheeler is one of the most popular aspects of the show. However, their relationship is marked by a dark incident that led to Beth aborting Rip’s baby years ago. If you are looking for answers about the motivations behind Beth aborting the baby and whether Rip is aware of it, here is everything you need to know about Beth’s abortion in ‘Yellowstone.’ SPOILERS AHEAD!

Why Did Beth Have an Abortion?

Bethany “Beth” Dutton (Kelly Reilly) is the only daughter of the current Dutton patriarch John Dutton (Kevin Costner). She is fiercely loyal to her father and fights by his side to protect the family’s land. However, the series also details Beth’s personal life and her past. Her attraction to ranch hand Rip Wheeler (Cole Hauser) is well documented in the flashback sequences. However, the fifth episode of season 3, titled ‘Cowboys and Dreamers,’ adds a new dynamic to the relationship.

In a flashback sequence, viewers learn that a Young Beth became pregnant and wished to get an abortion. However, she does not want her father to find out about her pregnancy, fearing what he would do to the baby’s father. It is later confirmed that Rip is the father. Beth gets an abortion with Jamie’s help. However, Jamie takes Beth to the Broken Rock Reservation to avoid any suspicion. Consequently, the abortion process renders Beth infertile, and she cannot have her own children. Beth’s abortion is a major plot thread of the show as it leads to Beth’s longing to be a mother and her life-long resentment towards Jamie.

Does Rip Know Beth Had an Abortion?

The revelation that Rip is the father of Beth’s aborted child is not entirely a surprise. During their teenage years, Beth and Rip were in an on/off relationship. However, they only realize their love for each other years later. The couple gets engaged in the show’s third season, and John approves of Beth and Rip’s relationship. In the fourth season finale, titled ‘Grass on the Streets and Weeds on the Rooftops,’ Rip marries Beth, and the couple finally makes their commitment permanent. However, Rip seems utterly unaware of Beth’s secret. 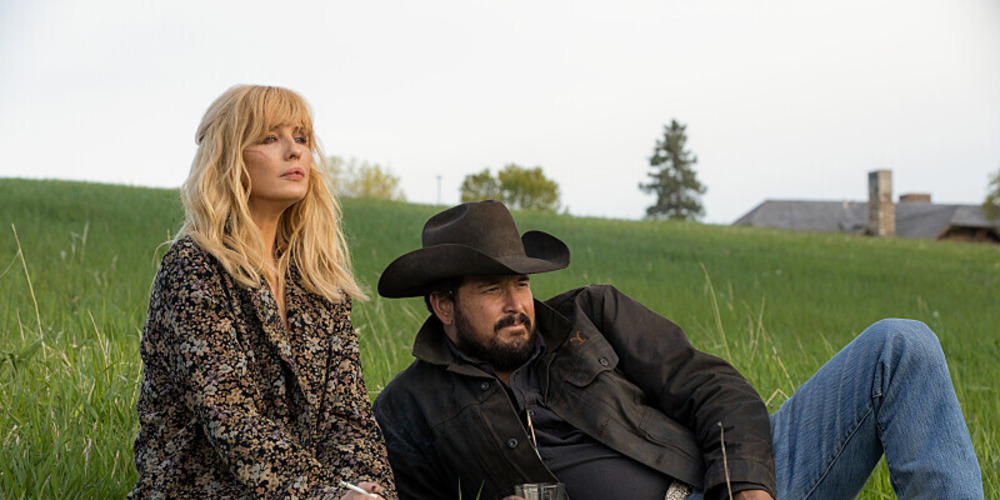 In the third season, Beth reveals to Rip that she can never bear children. She does not want Rip to resent her and delays their marriage. However, Rip admits that Beth’s infertility does not change his feelings for her, and they proceed with their relationship. Eventually, Beth and Rip get married and serve as surrogate parents to Carter; a young orphan Beth brings to the Yellowstone Ranch. However, the fact that abortion is the reason for Beth’s infertility is completely concealed from Rip.

In an interview, actress Kelly Reilly confirmed that Beth had kept the abortion a secret from Rip. Therefore, it is safe to say that Rip does not know that Beth aborted his child. Moreover, he is also unaware of Jamie’s involvement in the abortion. Ultimately, only time will tell if Rip discovers the truth about Beth’s abortion. If Rip finds out about Beth’s abortion, it could drastically affect the couple’s relationship.

Rip could resent Beth for her actions leading to a falling out. However, knowing Rip, it is unlikely that he will take any drastic measures despite learning the truth. While Rip might feel cheated by Beth keeping such a big secret from him, he is likely to understand Beth’s reasons for doing so. Furthermore, the couple is happily married and can officially adopt Carter as their son. Hence, it would be foolish of Rip to end his marriage with Beth because of an incident that happened years ago.

Read More: Are Monica and Chief Rainwater Related in Yellowstone?