Why Did Sam Leave Elsa? Is Martin Sensmeier Leaving 1883? 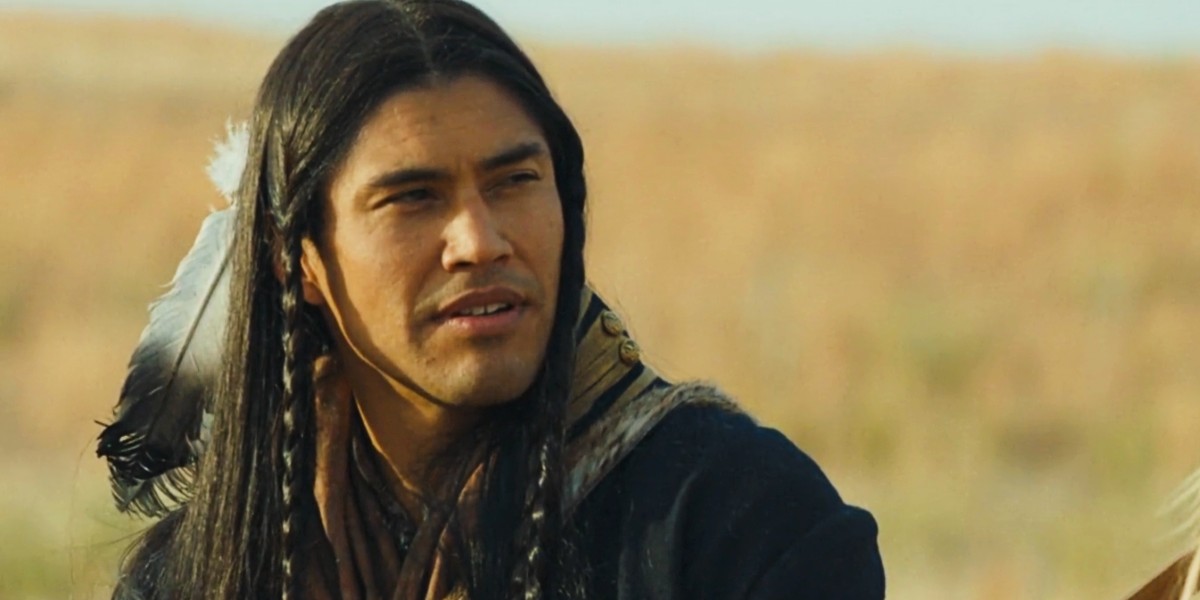 ‘1883‘ is a Western drama series that follows a group of travelers journeying across the Great Plains in search of a new home. On this journey, Elsa Dutton’s path crosses with a young and handsome Comanche warrior named Sam. Soon, romance blossoms between the two, and things between the duo get serious.

However, in the eighth episode of the series, viewers are in for a surprise when Elsa and Sam go their separate ways. Naturally, with the recent narrative developments, viewers must be curious to learn why Sam leaves Elsa and what it means for actor Martin Sensmeier’s future on the show. In that case, here’s everything you need to know! SPOILERS AHEAD!

Why Did Sam Leave Elsa?

Sam first appears in the seventh episode of ‘1883’, and actor Martin Sensmeier (‘Westworld‘) plays the role. Sam is a Comanche warrior who saves Elsa from a storm. He later intervenes in a gunfight to save Elsa from a group of bandits. In the episode, Elsa and Sam’s kiss signals the start of a romance between them. In the following episode, Elsa and Sam fall deeply in love with each other. They sleep together, and Sam teaches Elsa to kill a buffalo. Sam and Elsa wish to marry each other, and Sam asks for James’ permission. After some hesitation, James agrees. However, the couple does not get married in a traditional ceremony. Nonetheless, they consider each other husband and wife in their hearts.

In the episode’s final moments, the young couple’s paths reach a schism as Elsa decides to finish the journey she started with her family. She intends on traveling with the caravan to Oregon and leaves behind Sam. James presents Sam with the option of joining the wagon camp, but he refuses. Sam’s loyalty lies with his tribe, and he wishes to help defend their land. Therefore, Sam leaves Elsa with the caravan and returns to his tribe. The couple part ways with the promise of reuniting in the future.

With Elsa and Sam ging their separate ways, questions have been raised over actor Martin Sensmeier’s future on the show. Sam’s storyline corresponds with Elsa, and he does not share much screen time with the other wagon campers. Therefore, it wouldn’t be surprising if Sam does not appear on our screens again. However, before departing with her family, Elsa promises Sam that she will return to him. Therefore, the door is open for Sensmeier to reprise his role in future episodes. However, the promise could also serve as a red herring for a much darker fate for Elsa or Sam.

In the opening scene of the premiere episode, we see Elsa fighting against some Native Americans. If this scene factors into the show’s season finale, Sam could very well swoop in to save Elsa. On the other hand, Elsa could perish before reuniting with her self-proclaimed husband. Hence, as things stand, Sensmeier and Sam’s future on the show remains uncertain, and viewers will have to tune in to the last two episodes of season 1 to get a definitive answer.

Read More: Who Is Charlie Goodnight? Is Taylor Sheridan in 1883? Will He Join the Caravan?