Will Dwight and Margaret End Up Together in Tulsa King? Theories 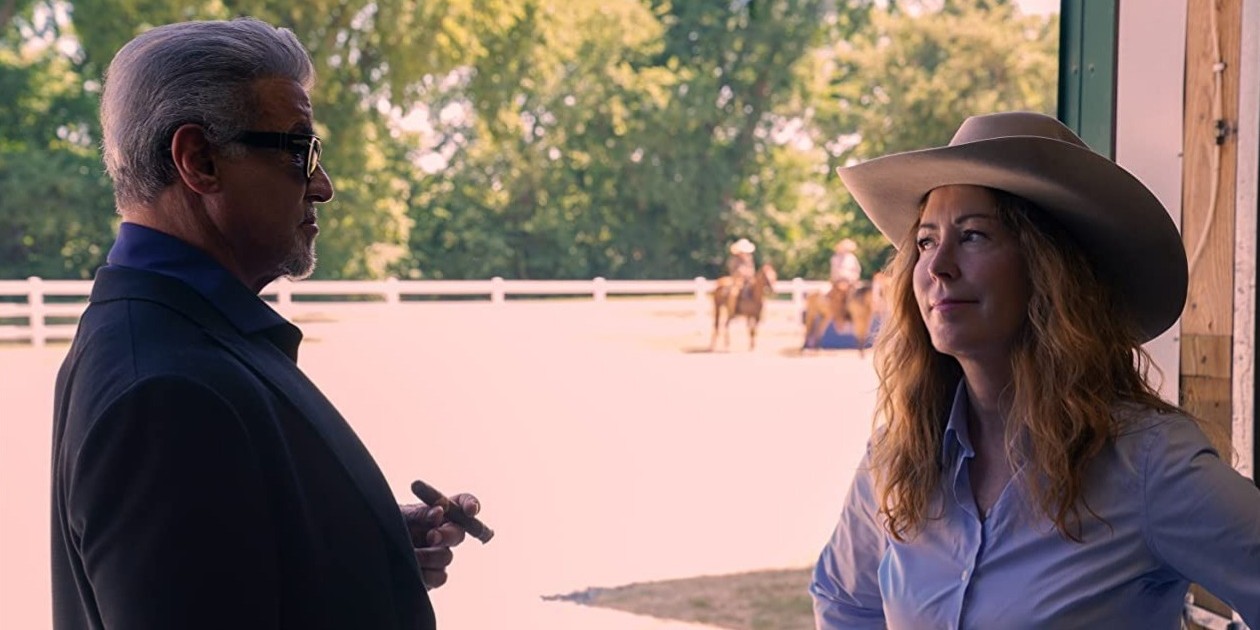 Paramount+’s ‘Tulsa King‘ resolves around Dwight “The General” Manfredi, a mafia capo from New York City who was recently released from prison. Dwight is tasked with forming a new criminal empire in the small town of Tulsa, Oklahoma. During Dwight’s time in the city, he meets several of the locals and becomes friends with the likes of Tyson, Bodhi, and Mitch.

However, despite making the acquaintance of Margaret Devereaux, she remains an enigmatic presence in the town. Therefore, when Dwight and Margaret have dinner together, viewers must be wondering if sparks with fly between the two. If you wish to find out whether Dwight and Margaret will end up together in ‘Tulsa King,’ here is everything you need to know! SPOILERS AHEAD!

What Happens Between Dwight and Margaret?

Margaret Devereaux is introduced in the third episode of ‘Tulsa King, titled ‘Caprice.’ Actress Dana Delany portrays Margaret Devereaux in the series. She is known for her performances in shows such as ‘Hand of God’ and ‘Desperate Housewives.’ In the episode, Dwight is attacked by a masked assailant. If tracking down the guy’s car, Dwight discovers that the vehicle is connected to the Fennario Ranch. As a result, Dwight arrives at the ranch to conduct an investigation. He meets Margaret, the ranch’s owner, and the two make a rocky start.

In the sixth episode, titled ‘Stable,’ Dwight purchases Pilot, a rebellious aging horse. He takes Pilot to the Fennario Ranch and makes a deal with Margaret to care for the horse and keep him in her stable. While Margaret agrees, she gives Dwight a week to make proper arrangements for Pilot’s car. In the seventh episode, titled ‘Warr Acres,’ Dwight visits Pilot at the ranch and runs into Margaret. She encourages Dwight to ride Pilot. Later, Margaret invites Dwight to dinner, and the latter accepts the offer.

Will Dwight and Margaret End Up Together?

Dwight and Margaret’s date with each other implies that they are romantically interested n each other. During dinner, Dwight learns that Margaret is divorced and does not wish to remarry. Her ex-husband and former marriage have scarred her emotionally. On the other hand, Margaret learns that Dwight served a prison sentence. Therefore, despite being of a similar age, attractive, and single, it appears that Dwight and Margaret are not an ideal fit for each other.

Moreover, Dwight might have feelings for Stacy as the two hook up in the earlier episodes. Dwight’s romance with Stacy has not progressed, and the seventh episode ends the possibility of them dating after an argument about Carson Pike’s death. Similarly, Stacy and Dwight find themselves on the opposite side of the law. Hence, it is safe to say that Stacy will not stand between Dwight and Margaret’s potential romance. However, given Dwight and Margaret’s individual pasts, they might not be very keen on forming a romantic relationship.

In the upcoming episodes, we will likely see Dwight and Margaret spending more time with each other. Dwight will probably take horse riding lessons from Margaret and spend some time at her ranch. As a result, we could see a will they, won’t they dynamic unfold between Dwight and Margaret. Hence, as time passes, the duo could warm up to the idea of dating after realizing they have a lot more in common. Nontheless, Dwight’s criminal activities are likely to hinder the possibility of a romance. If Margaret finds out that Dwight is still involved in crime, she might not want to have any contact with him. As a result, even if Dwight and Margaret start a relationship, they will not likely end up together in the long run.