Will Elsa Return to Sam in 1883? Theories 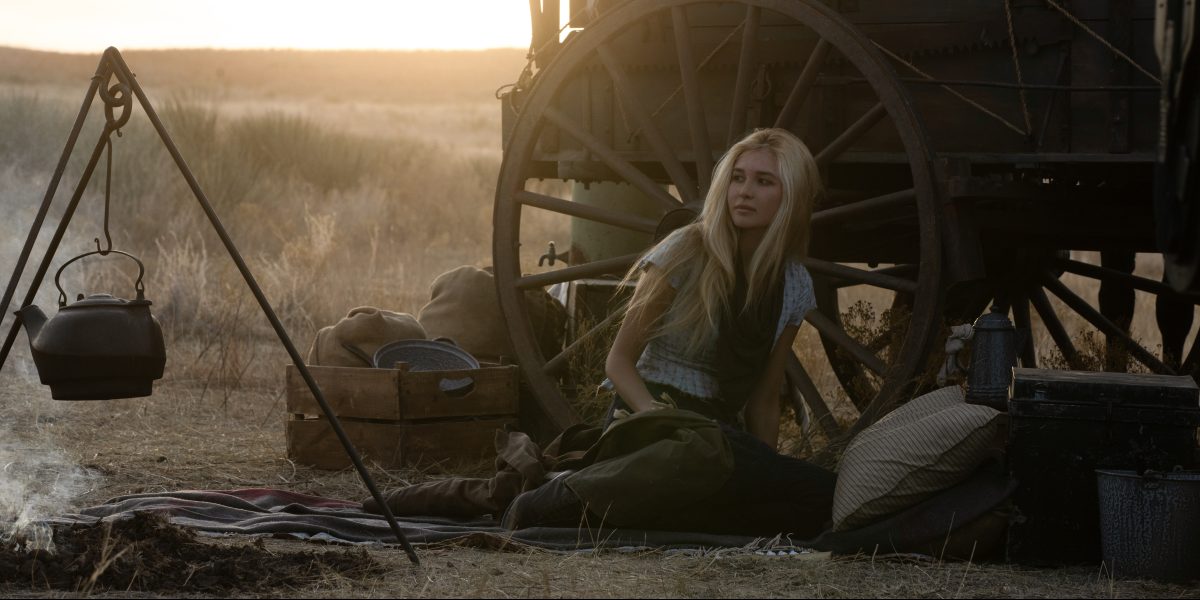 As the narrative of ‘1883‘ progresses, Elsa Dutton’s personal journey has become an important element of the show. Her tenacity and optimism for life make her a suitable narrator for the story. Moreover, her desire to conquer all the obstacles life throws at her makes her an intriguing character. Elsa’s love life has also been a key plot thread, and her recent relationship with Sam seemed to be heading in the right direction until the eighth episode.

By the episode’s end, the couple parts ways for the time being but continue to harbor love for each other. Therefore, viewers must be itching to learn whether Elsa will return to Sam. For those curious folks, here’s a rundown of all the clues and potential directions Elsa’s impending reunion with Sam could take! SPOILERS AHEAD!

In ‘1883’ episode 7, Elsa and Sam meet for the first time. After Sam challenges Elsa to a horseback race, the two become friends. They share the same tragedy of losing a lover at the hands of a bandit, which helps them bond. During the storm, Sam protects Elsa, and in the heat of the moment, the two share a passionate kiss. The tender moment sparks romance between the two. Later, Sam arrives in the nick of time to save Elsa from a group of bandits. The incident solidifies Elsa’s feelings for Sam.

In the following episode, Elsa and Sam spend more time together, and Elsa learns about Sam’s tribe and their culture. The two sleep together and discuss getting married. However, Margaret and James are apprehensive of Elsa marrying Sam because it would mean that they will have to leave their daughter behind. Nonetheless, Elsa wins over James and Margaret’s approval with her persistence.

Despite their love for each other and strong desire to get married, the couple does not end up together for the time being. Instead, they go their separate ways after Elsa decides to continue her journey to Oregon. On the other hand, Sam chooses to remain behind with his tribe. However, the lovers promise to reunite in the spring.

Elsa and Sam go separate ways while deeply in love with one another, which raises questions about the couple’s future. In her heart, Elsa considers Sam to be her husband. However, she had expressed similar feelings for Ennis. Therefore, it is entirely possible that Elsa could fall in love again during the rest of her trip. James and Margaret joke about the same, and the scene could foreshadow such an event materializing.

Moreover, Elsa’s fate has been teased in the show’s opening scene, where she is seen fighting against some native Americans. From the information we have, Elsa is likely on her way to reunite with Sam in this scene. Therefore, Sam could show up to save Elsa as he has in the past making for a heartwarming reunion. However, the setup could also culminate in a tragedy as Elsa could die before reuniting with Sam. Either way, the couple’s fate will serve as an enthralling conclusion for the show’s first season.

Read More: Who Is Charlie Goodnight? Is Taylor Sheridan in 1883? Will He Join the Caravan?