Will Mark and Helly End Up Together in Severance? Theories 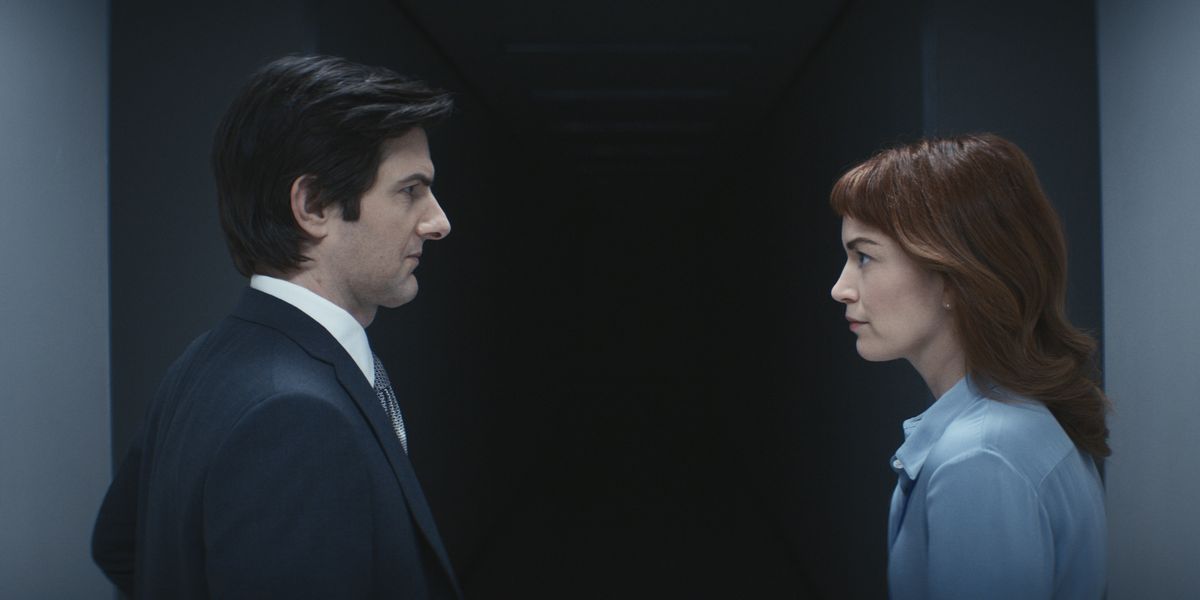 ‘Severance‘ sees the Macro Data Refinement (MDR) department employees trying to uncover the truth about their jobs, the severance process, and their lives outside Lumon Industries. The titular process prevents the employees from accessing their work-related memories outside the severed floors. Therefore, two identical yet different personas (known as Innies and Outies) of the same person exist.

As the narrative progresses, viewers see the development of a romance between Innie forms of Mark and Helly. However, the season 1 finale leaves the duo’s romantic future up in the air. If you are wondering whether Mark and Helly will end up together in ‘Severance,’ here is everything you need to know! SPOILERS AHEAD!

What Happens Between Mark and Helly?

Mark and Helly meet in the series premiere episode of ‘Severance’ titled ‘Good News About Hell.’ In the episode, Helly is the newest recruit joining the MDR team and is assigned to work under Mark. Mark is responsible for Helly’s integration process as she has recently undergone severance and is unaware of its implications on her mind and body. Initially, Helly holds some animosity toward Mark and tries every method possible for escaping Lumon. However, she soon finds comfort in Mark and her colleagues in the MDR department. 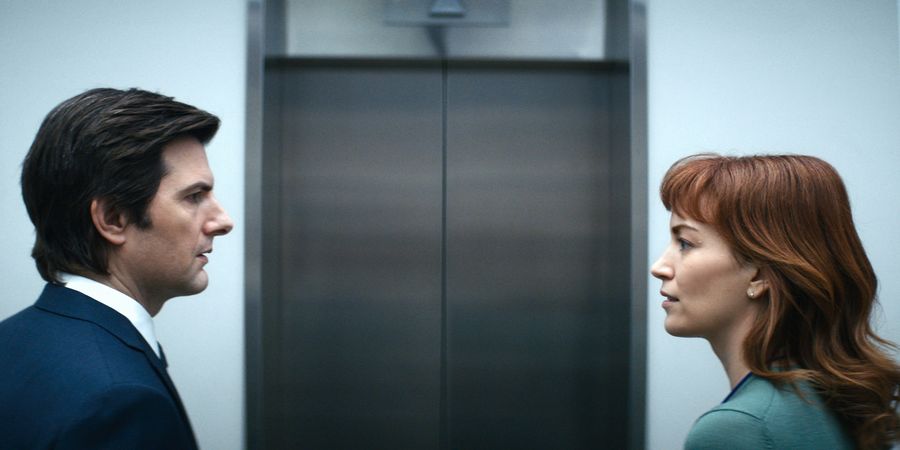 Mark and Helly become friends, but there is evident romantic tension between them. However, since both are Innies, they do not pursue a romantic relationship with each other. In the eighth episode, the pair of Innies share a passionate kiss before leaving the severed floors and preparing to awaken outside. The tender moment affirms their feelings for each other, hinting at the possibility of a romantic relationship between them.

Will Mark and Helly End Up Together?

Mark and Helly’s Innies have a good rapport established after some tumultuous interactions. However, they eventually find a soft spot for each other and seem like they would make an ideal pair. However, romantic relationships within severed employees appear to be prohibited by Lumon. Moreover, the Innies are completely unaware of their lives outside work and could have significant others, complicating their romantic situation. Viewers are already aware that Mark’s wife, Gemma, is actually Ms. Casey. 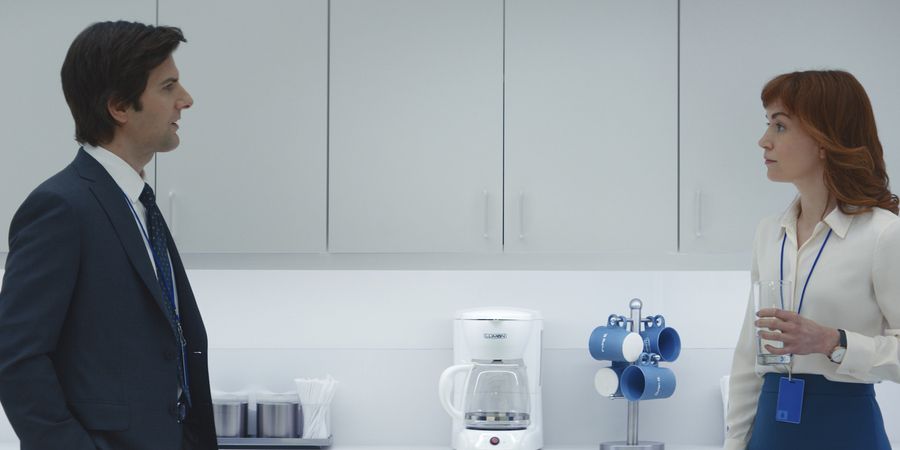 The series has presented Mark with a conundrum as Mark’s Outie is still in love with Gemma while Mark’s Innie has feelings for Helly. As the narrative progresses, viewers get an acute sense of the psyches of the Innies. It is highlighted several times that Innies do not consider themselves to be actual people. However, they also have their own desires and experience normal human emotions. Hence, Mark’s Innie might want to pursue a romantic relationship with Helly.

On the other hand, Helly’s arc revolves around challenging her duties as an Innie, and she believes herself to be an individual with her own thoughts, feelings, and desires. Therefore, a romantic relationship between Mark and Helly will allow the makers to explore the humanity of the Innies. As the Innies come to accept themselves as individuals and not just constructs, romantic relationships are very likely. Ben Stiller, the director of the show, has in fact confirmed that season 2 will explore the romance angle between Mark and Helly.

However, Lumon is unlikely to entertain such behavior and will try to curb the Innies of their free will, thereby reducing the chances of Mark and Helly ending up together, even if there’s a clear romantic connection between them. In the aftermath of the Innies’ attempt to awaken outside work and spill the secrets of Lumon, Mark and Helly’s Innies are likely to receive severe punishments. Their memories could also be erased, thereby erasing any lingering romantic feelings they might have had for each other. Also, Mark’s Outtie is still in love with his wife, who we come to learn is still alive, and might be more interested in bringing his wife back. Ultimately, things do not look bright for Mark and Helly’s romantic future, and they will likely not end up together.