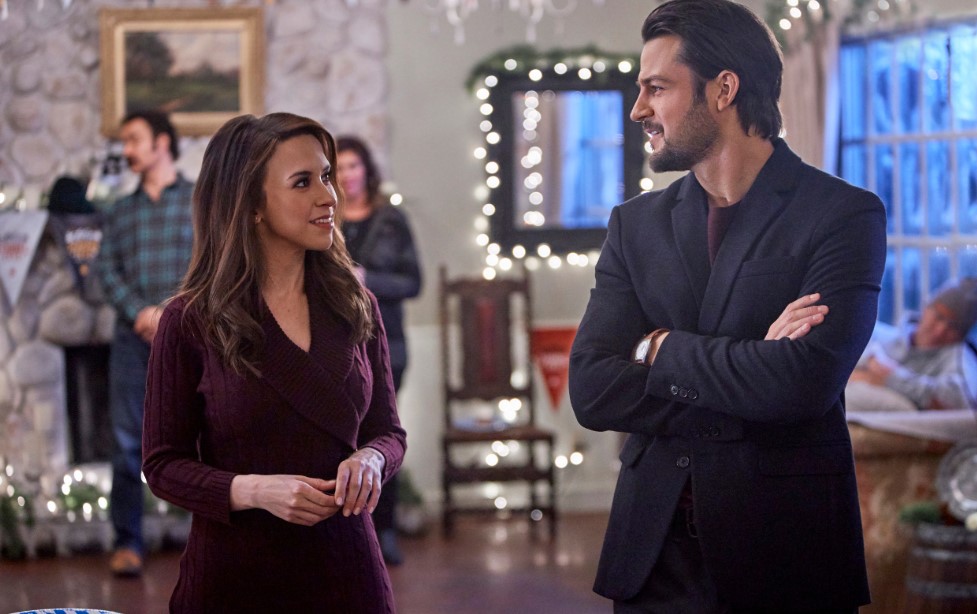 Hallmark is one of the best networks when it comes to getting our annual dosage of Christmas films. However, Christmas is not the only time when the network comes out with a series of films. Hallmark’s annual run of films during the winter season is known as the Winterfest. Hallmark has been ushering in the new year with a series of five new films for five years in a row now. The first film of Winterfest 2020 is ‘Winter In Vail’. The film is directed by Terry Ingram, who has made a number of TV movies over the years. In 2019, Ingram was associated with two Christmas films- ‘Time for You to Come Home for Christmas’, and ‘The Mistletoe Secret’.

‘Winter In Vail’ revolves around the character of Chelsea, an event planner who is greatly upset at losing out on a much-deserved promotion. This is exactly when luck smiles on her in a totally unexpected way, and Chelsea comes to inherit a massive chalet in the town of Vail in Colorado. It so happens that Chelsea meets a local contractor called Owen, and a sweet relationship starts developing between them. The film follows Chelsea’s life as she goes about deciding whether she is willing to leave behind her comfortable life in a bustling city like Los Angeles in order to pursue a relationship in this quaint little town in Colorado.

The central character of the film, Chelsea, is played by Lacey Chabert. Lacey has been associated with Hallmark for quite sometime now and has worked in the network’s productions ‘Christmas In Rome’, ‘Love on Safari’, ‘Moonlight in Vermont’, ‘The Sweetest Christmas’, ‘Matchmaker Santa’, ‘My Secret Valentine’, and others. However, her most famous role till date is the character of Gretchen Wieners in ‘Mean Girls‘.

Tyler Hynes, who plays Chelsea’s love interest Owen in this film, is also one of the actors Hallmark has been working with quite extensively. We can see him in Hallmark’s 2018 Christmas film ‘It’s Christmas Eve’, and the 2019 Christmas film ‘The Mistletoe Secret’. His most notable works in television shows include roles in ‘UnREAL’ and ‘Letterkenny’. Other important characters in the film are played by Chris W. Cook, Sage Kitchen, Bud Klasky, Greg Lawson, and Liana Shannon.

Locations are naturally a big concern for small-budget TV movies like ‘Winter In Vail’ simply because of budget constraints. These films are produced by small, independent production houses which simply cannot afford the luxuries mega Hollywood studios can. Thus, the usual route which these films take is filming mostly in indoor sets, and in certain places in Canada where tax incentives become a big boon for them. However, the makers of Vail have not chosen to travel this route only, having shot their production both in Vail and in certain parts of Canada.

Most of the film was shot on location in the small but stunningly gorgeous town of Vail in Colorado. The opening scene of ‘Winter In Vail’ shows the Children’s Fountain, one of the major attractions of the town. A scene in a beautiful snowy morning features Vail’s famous Covered Bridge. Interestingly enough, the director had planned to film a skiing scene in Vail but had to abandon the plan because of Chabert’s lack of experience in the skiing department.

The Vail Square, the Kemo Sabe, and a bell tower were the other locations where ‘Winter In Vail’ was shot. Audiences will also get to see the town like never before since reports suggest that a drone shot covers the entire town from high above.

Besides Vail, the Canadian city of Calgary also served as a location for some parts of the film. However, details of the exact locations have not been made available yet.