Having a movie franchise is great. You get to go into detail as a director and explore all aspects of the story while clearly explaining it to the audience. Once, the first movie is a success, the forthcoming ones barely need any promotion as the fans are already anticipating them. Over the years, filmmakers have seen this as an opportunity for easy money and often made sequels to their films. Make sure that the first movie is successful and you hardly need to anything for the sequel except announcing its release. This formula has reaped dividends for them and they continue to use it.

Now, there have been some excellent film franchises like ‘The Godfather’ series, Marvel Cinematic Universe, ‘X-Men’ series and ‘The Dark Knight’ trilogy. But at times, directors have overdone it. Films which would have been excellent stand-alone were unnecessarily made into franchises. As if one bad film of torture wasn’t enough, some decided to add to the suffering. Here is the list of worst movie franchises which should never have been made. 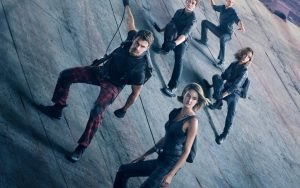 ‘Divergent’ series shows how being based on novels is not enough for a film to be successful. Three films overall and none of them justify the novel’s greatness. The first ‘Divergent’ film is still kind of okay but the next two are just meant to give you a headache. A perfect story of a dystopian world where people are divided into factions and each faction has a specific role is spoilt by how the writers chose to focus the whole story on Tris. All the three films run on the same line of Tris revolting against the system and holding the key to the future. Unfortunately, there is a TV series adaptation on the way. A sheer misuse of the talented cast, The Divergent Series should not be watched even on the last breath. 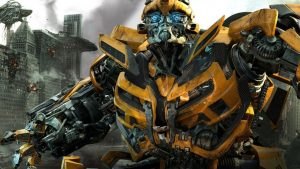 Just another case of a franchise losing its way after a good beginning. When ‘Transformers’ first came on the scene, everybody was impressed with how director Michael Bay had converted a famous toy-line into a film. But he lost the plot when it came to following it up with sequels. The sequels were the same curry in different bowls. Basically, in all the films, he wanted the Autobots to save the day while Witwicky helps in bits. How much ever challenging and powerful the Decepticons might have been, everyone knew that in the end, Autobots would defeat them. There was no buildup of intensity while there was certainly the downfall of a franchise. They are still going to make more films and that doesn’t make sense at all. 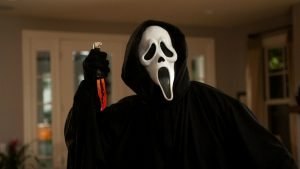 ‘Scary Movie’ as a film could have so good if the makers had not decided to go ahead and make it into a franchise. Mainly parodying horror, slasher films like ‘Scream’ and ‘I know what you did last summer’, ‘Scary Movie’ was successful for creating enough laughs among the audience. The tagline of the film said- ‘No mercy, no shame, no sequel’. While plenty of sequels came, no mercy was given to the audience and there was no shame with respect to the kind of content that came. Fortunately, they finally discontinued the series and relieved the people of the pain. 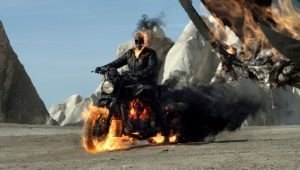 ‘Look into my eyes’ doesn’t really work for too long in case of the audience because sooner or later, the audience will lose interest as in case of ‘Ghost Rider’. When this popular and scary Marvel character was launched with Nicolas Cage playing the titular role, it resulted in a lot of spookiness and the first film did fare well enough. But again, a terrible sequel sent the makers into a loss for its terrible story. Probably, a fiery skull riding a bike with hot tires is just not something the crowd wants. Good that they stopped at the sequel itself. 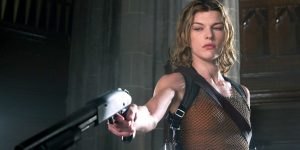 For a franchise which just provides zombie-killing action and nothing else, ‘Resident Evil’ has been going on for way too long. Milla Jovovich is completely expression-less as an actress and one can only wonder why she was stuck with instead of choosing to bring someone else. Six films and none of them could satisfy the highly demanding audience of these times. For a video game which became so successful, the film adaptations have truly disappointed. A reboot has been planned but not a lot should be expected from it. 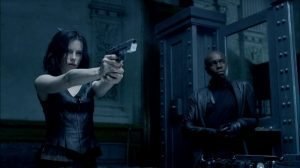 As I will go further into this list, you will realize that franchises about vampires haven’t really come out that well. The ‘Underworld’ series has definitely suffered this fate. The series starts with a simple revenge story of a vampire, namely Selene (played by Kate Beckinsale). The grueling action did add commercial value to the film but lack of support from the cast meant that the franchise slipped majorly. A sixth film is under development currently although hopes shouldn’t be held high for that one. 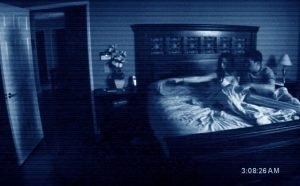 Now, horror is a genre which already has a very limited audience. So, there is little allowance for failure. Some good horror franchises have come in the recent past like ‘Insidious’ and ‘Conjuring’ but ‘Paranormal Activity’ is not one of them. Even after five direct films and a spin-off, the makers couldn’t figure out the recipe for good supernatural horror. Probably, I am being a bit harsh because the series was a financial success but it is equally important to impress the critics. 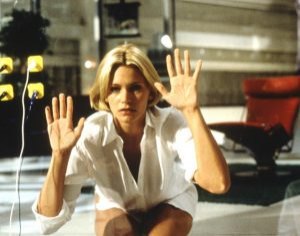 ‘Species’ marked the debut of Natasha Henstridge and needless to say, this remains to be her only credible work to date. The ‘Species’ franchise had a spectacular cast consisting of Ben Kingsley and Alfred Molina. Yet, the story was guilty of being more intent on raising eyebrows than entertaining the audience. A lot of steamy scenes but the good acting was nowhere to be found. Really unfortunate that a stalwart like Ben Kingsley had to be a part of this disaster. 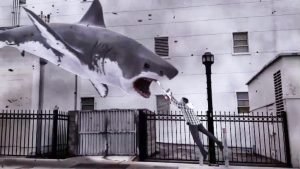 ‘Sharknado’ is basically Shark+Tornado (Yeah, so lame). It tells the story of a surfer who tries to save his family from sharks who have ended up on land. And this continues to be the state for the remaining films in the franchise which is very frustrating for any movie-goer. Obviously, the series was tomato-throwing unsuccessful and for once, seeing sharks on the screen didn’t give us goosebumps. 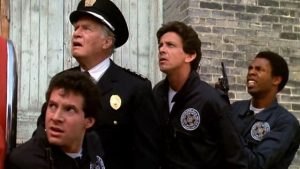 Having misfit cops trying to redeem themselves can be a laughable and inspiring strategy. Films like ‘Pink Panther’ have shown how this story can be used to good effect. But ‘Police Academy’ is never a good example of that. The physical comedy wasn’t up to the mark and the actors couldn’t back a story full of prospects. Saddening to see such misuse of a story but then, it is a regret itself to watch these films. Probably, it needed a good actor like Steve Martin to play the role and take it through. 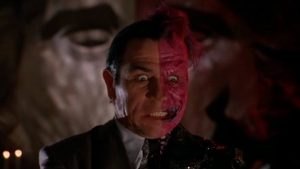 It is one of the biggest mysteries in the world as to why the Batman films of the 90s went so sour. These films have all they can ask for- talented cast, story based on successful comics and two of the best directors of those times. Probably, it had a lot to do with intent. Something which Christopher Nolan showed perfectly in the next decade. All that needed to be done was adding logic and maturity to the films. After all, comics are for kids but films are for all age groups. This franchise provided neither a memorable Batman (Keaton, Kilmer, Clooney) nor a memorable villain (Nicholson, DeVito, Carrey, Lee Jones, Schwarzenegger). The biggest mistake of the careers of all involved. 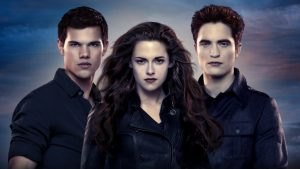 ‘Twilight’ saga remains to be the worst franchise of all-time. One can accuse the makers of knowingly doing the same mistake again and again. Remember how I told that franchises with vampires don’t really work out? This is the best example of that. Based on Stephenie Meyer’s novels, the first can be considered a mediocre love story between a vampire and a human. But the forthcoming ones are, sarcastically saying, the best films ever. So pitiful that the writers didn’t have enough time to think the story through and add some logic. Kristen Stewart is probably the most expression-less one can ever get on screen. With all this, the franchise was always destined to be a big failure which it is.