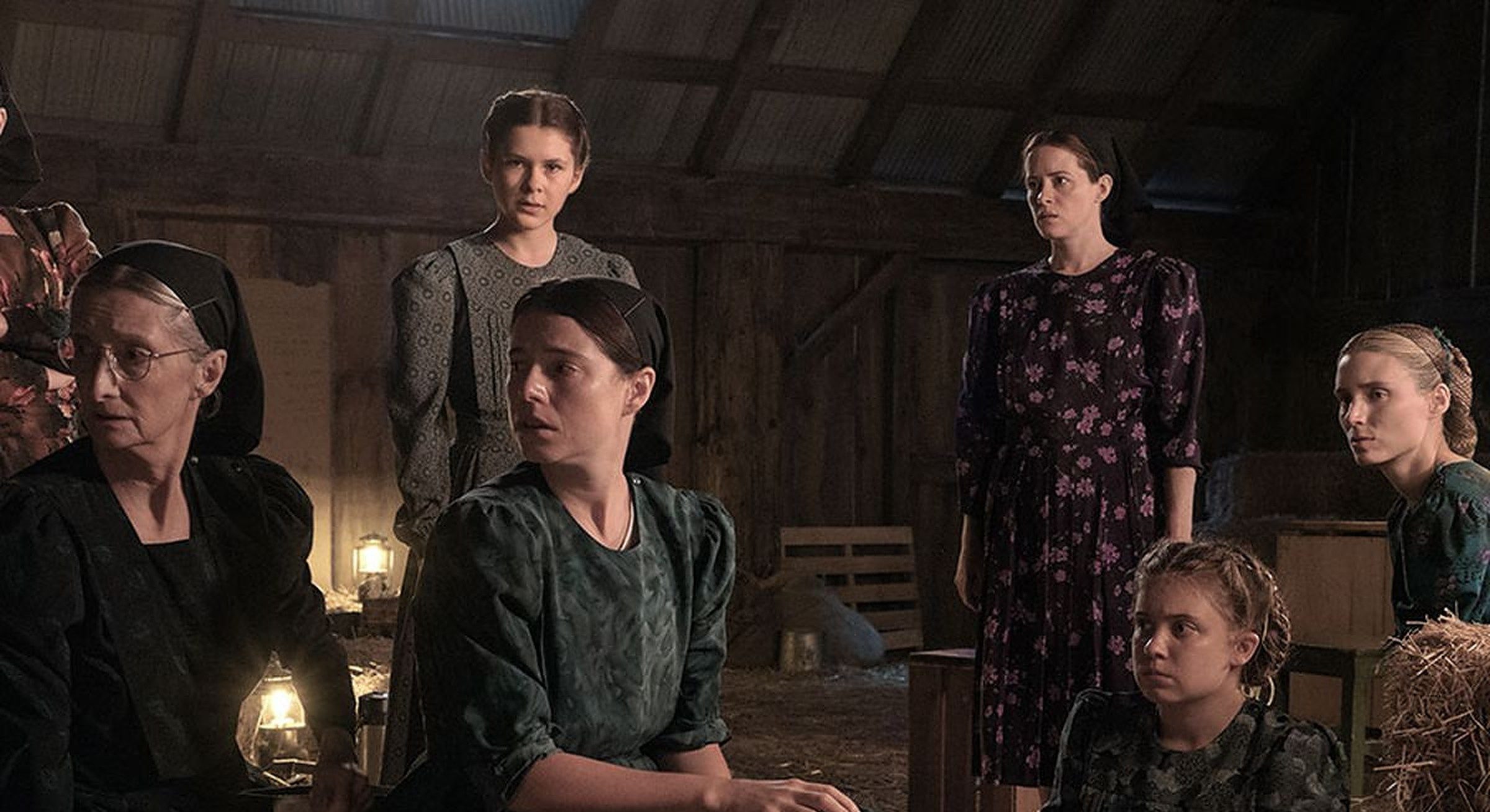 Written and directed by Sarah Polley, ‘Women Talking’ dives deep into a group of Mennonite women’s harrowing experiences of sexual assault and their eventual fight to end it. They have three choices, and the drama movie explores their difficult decisions amid the situation that threatens their lives. Set in 2010, the women are restricted to a region where religion runs the town.

Furthermore, the women in the community struggle to come to terms with their faith and religion after the scarring incidents. With an ensemble cast including Rooney Mara, Claire Foy, Frances McDormand, and Jessie Buckley, the movie draws from actual events. If you want to watch movies that have a resounding relevance to cults and communities, then the following suggestions are perfect. You can watch most of these movies similar to ‘Women Talking’ on Netflix, Hulu, or Amazon Prime.

‘Room‘ is a drama film directed by Lenny Abrahamson and based on the novel of the same name by Emma Donoghue. It follows Joy, a young woman who has been held captive in a small room for seven years by a man known only as Old Nick. She has given birth to a son, Jack, during her captivity, and the two have formed a close bond despite their difficult circumstances.

When Joy finally finds a way to escape, she and her son must navigate the outside world and come to terms with the trauma they have experienced. Moreover, the film explores trauma, resilience, and the bond between mother and child. Sexual assault and its aftermath proved to be at the core of the plots of both ‘Women Talking’ and ‘Room.’ 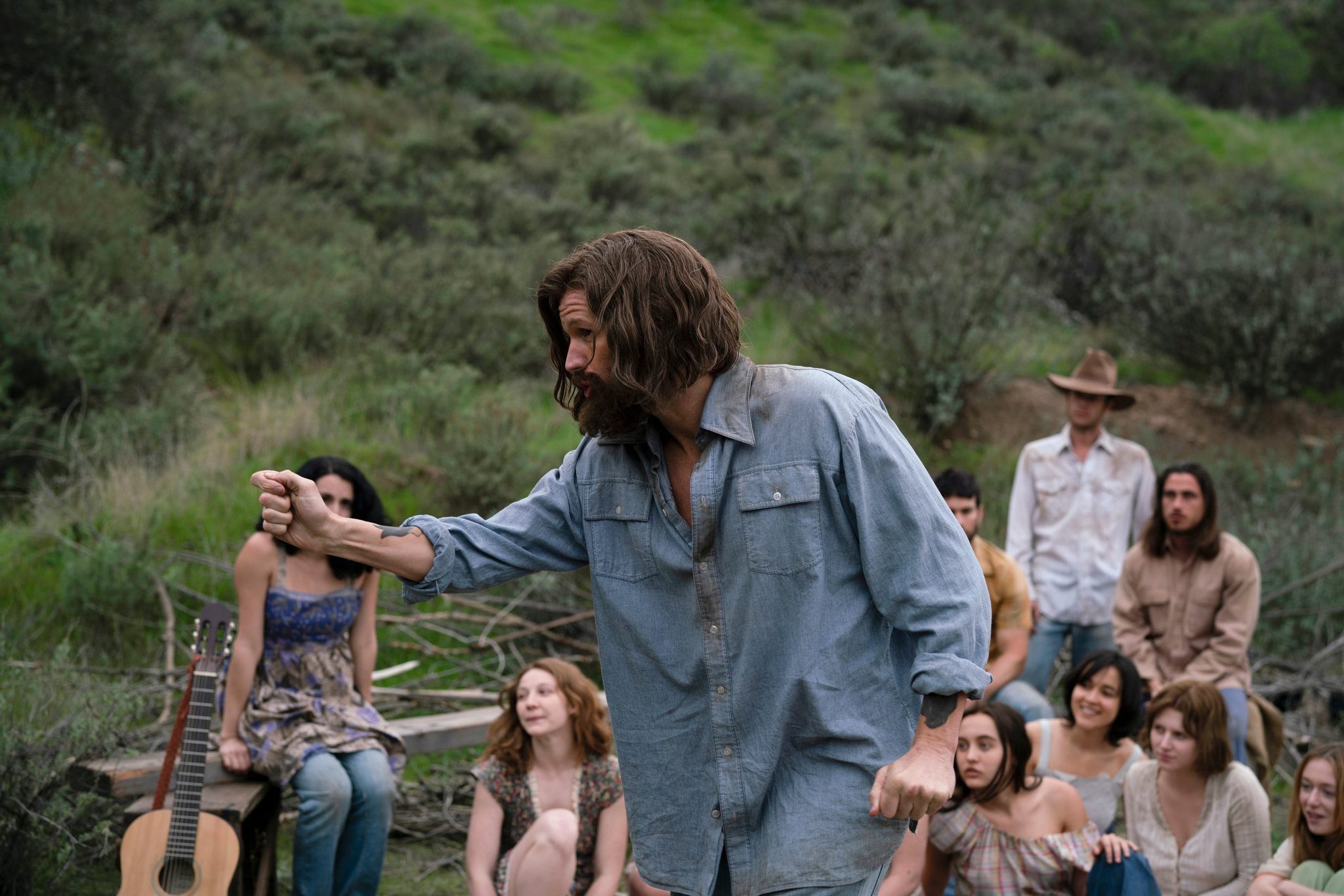 ‘Charlie Says’ is a biographical drama film directed by Mary Harron and based on the true story of the Manson Family and the role of Charles Manson in the murders of several people in the summer of 1969. The film follows the story of three of Manson’s female followers: Susan Atkins, Patricia Krenwinkel, and Leslie Van Houten.

As the women serve their prison sentences for their involvement in the murders, they are visited by a graduate student who tries to help them understand the extent of their participation and the impact of their actions on the victims and their families. The film explores manipulation, cult mentality, and the consequences of violence. Like ‘Women Talking,’ women in Charlie’s life take action against him and reclaim their lives without fear. 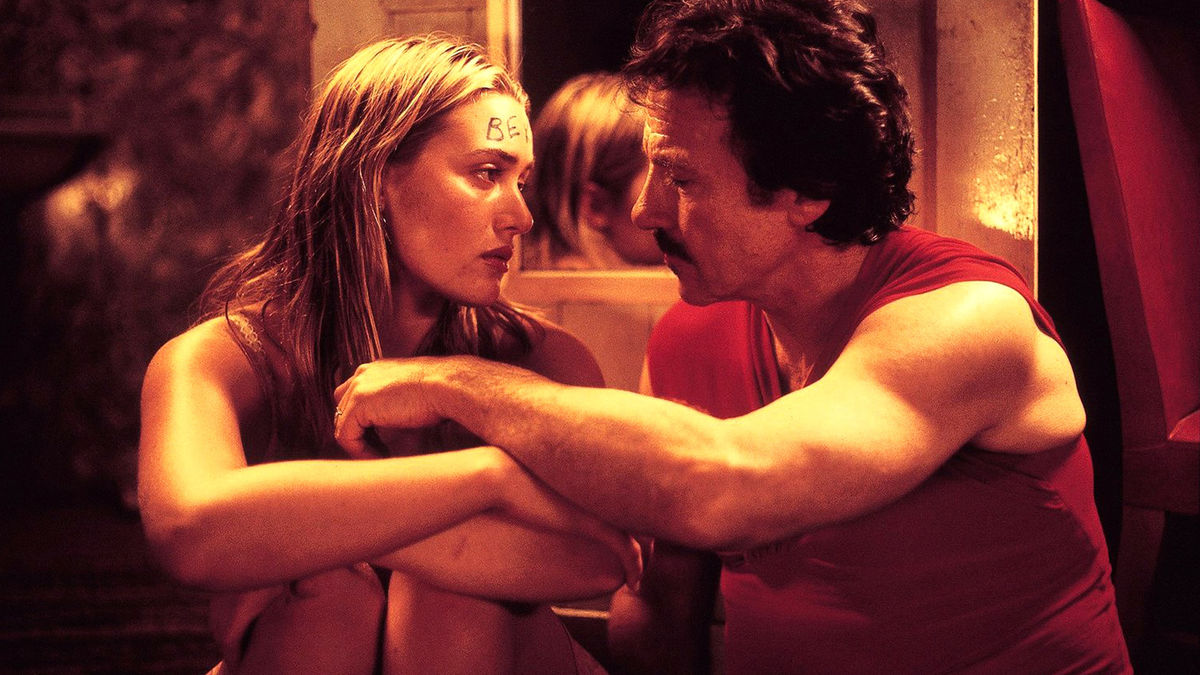 ‘Holy Smoke!’ is a drama film directed by Jane Campion and starring Harvey Keitel and Kate Winslet. It follows Ruth Barron, a young woman who becomes involved with a cult while traveling in India. She returns to her native Australia under the influence of the group’s charismatic leader.

When Ruth’s family hires a professional deprogrammer to bring her back to reality, the two battle wills as they try to outmaneuver the other. Furthermore, the film explores themes of manipulation, control, and the dangers of cults. Similar to ‘Women Talking,’ this movie dives into a woman’s efforts to get out of a cult and lead a regular life. 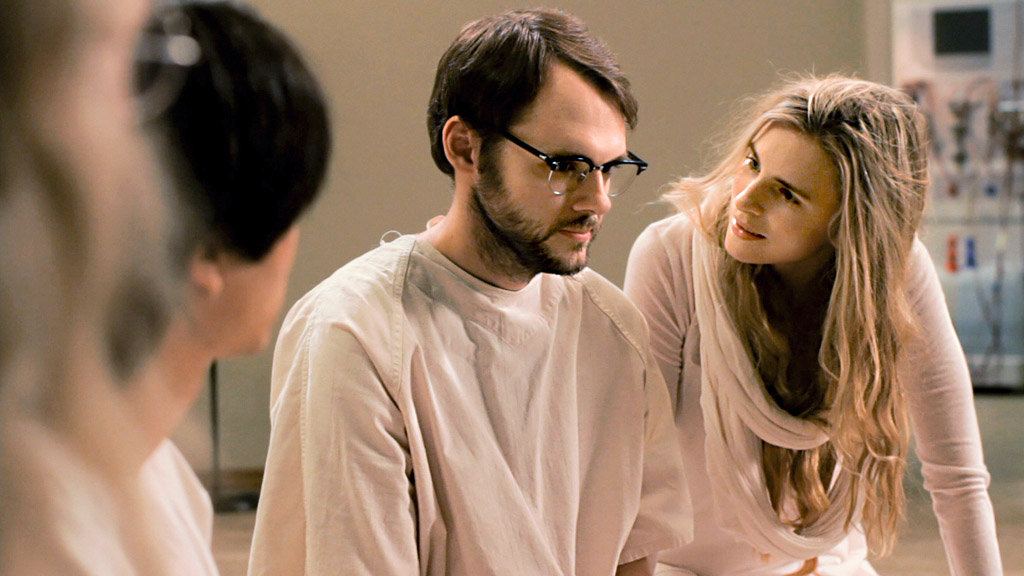 ‘Sound of My Voice’ is a psychological thriller film directed by Zal Batmanglij and starring Brit Marling and Christopher Denham. It revolves around two documentary filmmakers, Peter and Lorna, who infiltrate a secretive cult led by a woman named Maggie. She claims to be a time traveler from 2054, and the cult members believe she has come to save them from a future apocalypse. As Peter and Lorna try to expose Maggie as a fraud, they become drawn into the cult’s ideology and question their own beliefs. Additionally, both ‘Women Talking’ and ‘Sound of my Voice’ navigate women’s struggles as part of a repressive community. 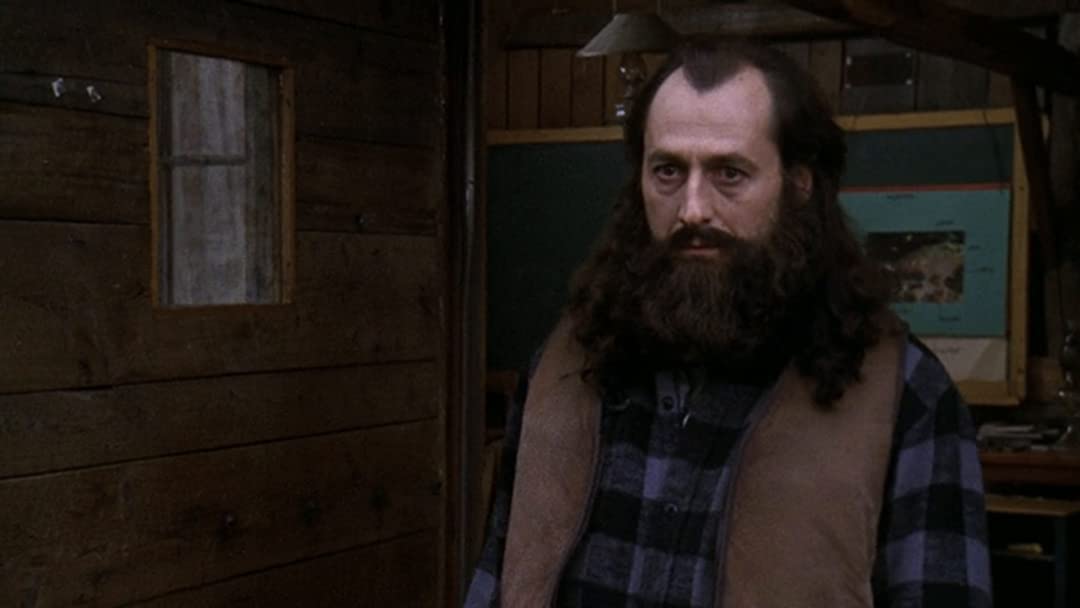 ‘Savage Messiah’ is directed by Mario Philip Azzopardi and narrates the experiences of a social worker named Paula. Set in Ontario in the 1980s, the movie dives into the actions of a corrupt and scathing leader of a commune. Paula gets entangled in the mess as she finds out more about the head of the community and its conditions itself. At the heart of the movie are the crimes and wrongdoings of the cult leader named Moise. Furthermore, the drama movie showcases how influential and manipulative people like Moise can take advantage of innocent people. Paula, on the other hand, makes all the effort to break away the members of the cult from Moise. Both ‘Women Talking’ and ‘Savage Messiah’ detail the experiences of people who are stuck in a commune and find it tough to leave. 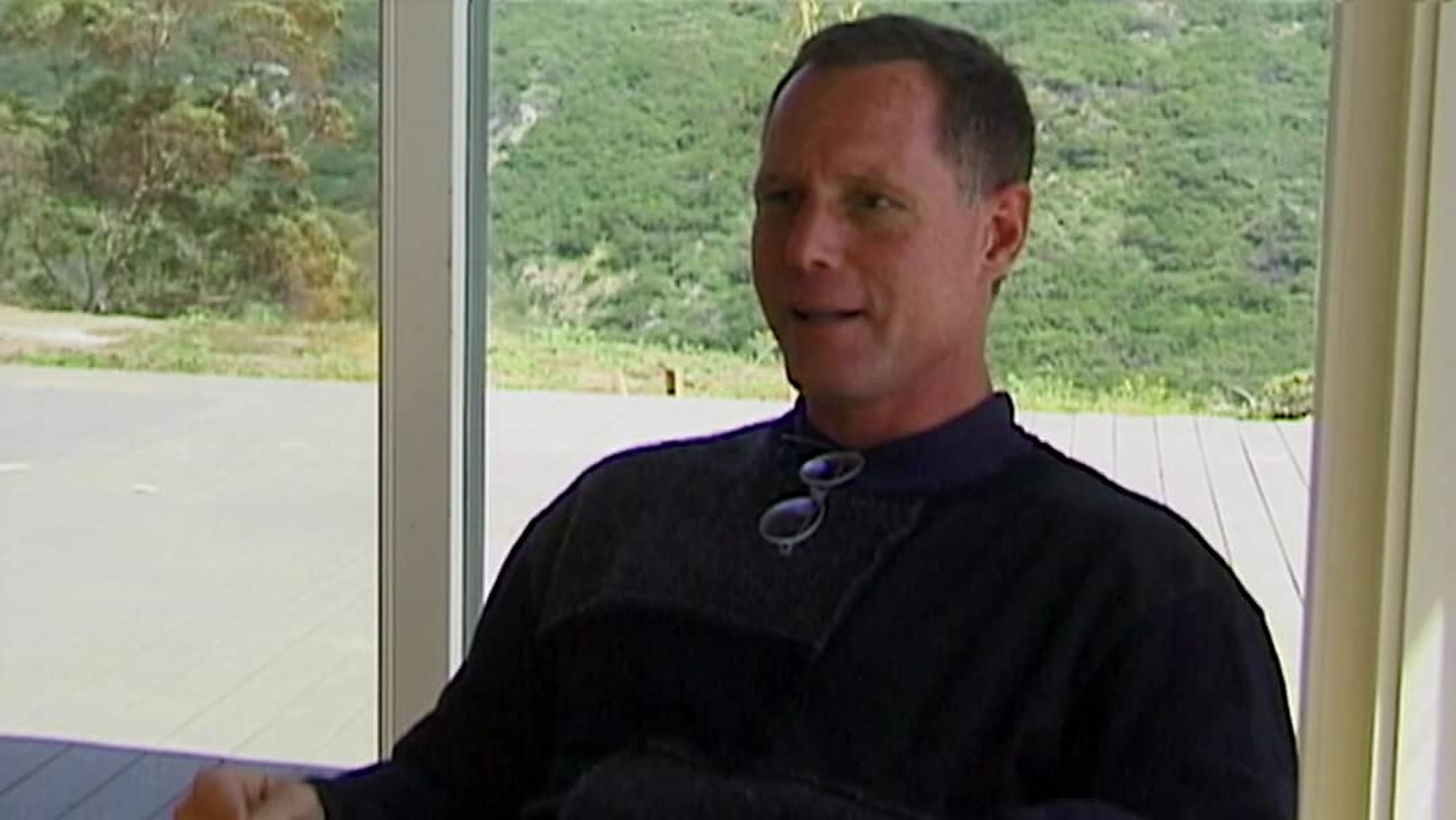 ‘Going Clear: Scientology and the Prison of Belief’ is a documentary directed by Alex Gibney that explores the controversial history and practices of the Church of Scientology. Based on the eponymous book by Lawrence Wright, it features interviews with former church members, including high-ranking officials who have since left the organization.

The film examines the origins of Scientology and its founder, L. Ron Hubbard, and the methods the church uses to recruit and retain members. It also looks at the accusations of abuse, fraud, and manipulation that have been leveled against the church. Furthermore, the film examines the church’s beliefs and practices and their impact on its members. Religion and sexual desires form the foundation of the plot in both ‘Women Talking’ and this documentary.

‘Prophet’s Prey’ is a documentary directed by Amy J. Berg that explores the history and practices of the Fundamentalist Church of Jesus Christ of Latter-Day Saints (FLDS), a polygamous cult led by Warren Jeffs. It is based on the book of the same name by Sam Brower, a private investigator who has spent years investigating the cult. It features interviews with former members of the FLDS and law enforcement officials who have worked to bring Jeffs and other members of the cult to justice.

In addition, the movie examines the origins of the FLDS and its teachings, as well as the accusations of abuse, corruption, and cover-up that have been leveled against the cult. Moreover, the cult dealing and its subsequent repercussions make for the movie’s premise, as does the movie ‘Women Talking.’

‘Martha Marcy May Marlene’ is a psychological thriller film about a young woman named Martha who escapes from a cult and seeks refuge with her sister, Lucy. As she struggles to readjust to life outside the cult, she becomes haunted by memories of her time with the group and its charismatic leader, Patrick.

When Martha’s mental state deteriorates, it becomes clear that she is not as safe as she thinks, and she must confront her past trauma to move on with her life. Moreover, the film explores themes of identity, manipulation, and the dangers of cults. Both ‘Women Talking’ and ‘Martha Marcy May Marlene’ dive into a woman’s state of mind when indulged in a cult of sorts.

‘The Devils’ is a historical drama film directed by Ken Russell and based on the 1952 novel ‘The Devils of Loudun’ by Aldous Huxley. Set in 17th-century France, it follows Father Urbain Grandier (Oliver Reed), a charismatic and controversial priest accused of witchcraft and heresy by a group of nuns led by Sister Jeanne.

Consequently, as the nuns’ accusations gain traction, Grandier finds himself caught in a web of political intrigue and faces a series of increasingly brutal punishments at the hands of the church and the state. The film is known for its controversial themes and graphic depiction of violence and sexual content. Consequently, both ‘The Devils’ and ‘Women Talking’ blend themes of religion and tackle sexual assault, as well as how it makes life more challenging for survivors. 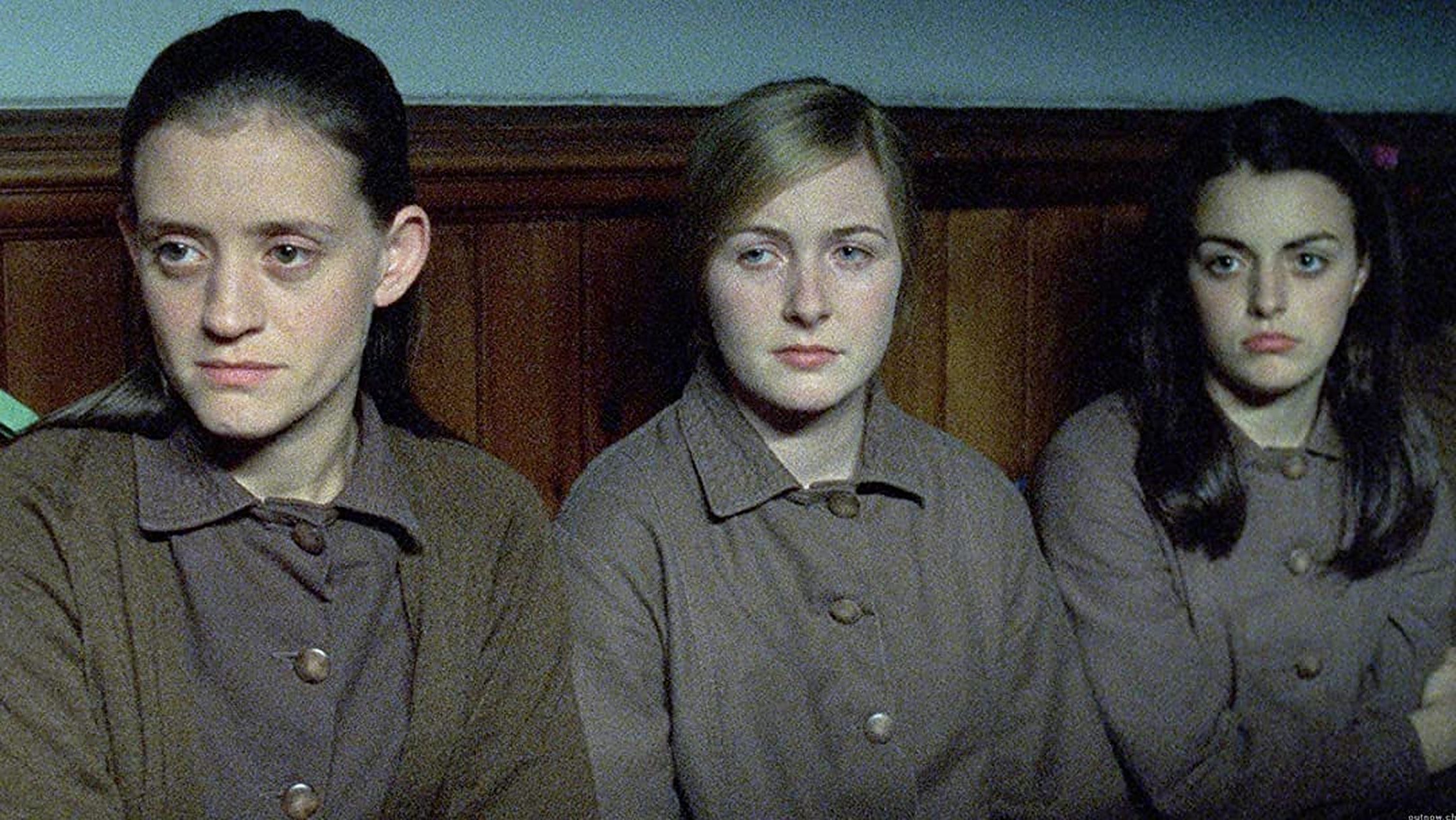 ‘The Magdalene Sisters’ is a historical drama film directed by Peter Mullan and set in Ireland in the 1960s. It tells the story of three young women: Margaret, Bernadette, and Rose, who are sent to a convent called the Magdalene Asylum after being accused of being sexually promiscuous.

The convent, run by nuns, operates as a reformatory where the women are subjected to hard labor and harsh treatment as punishment for their supposed sins. Moreover, the film explores themes of abuse, repression, and the struggle for freedom and self-determination. Similar aspects are presented in the movie ‘Women Talking’ as well.