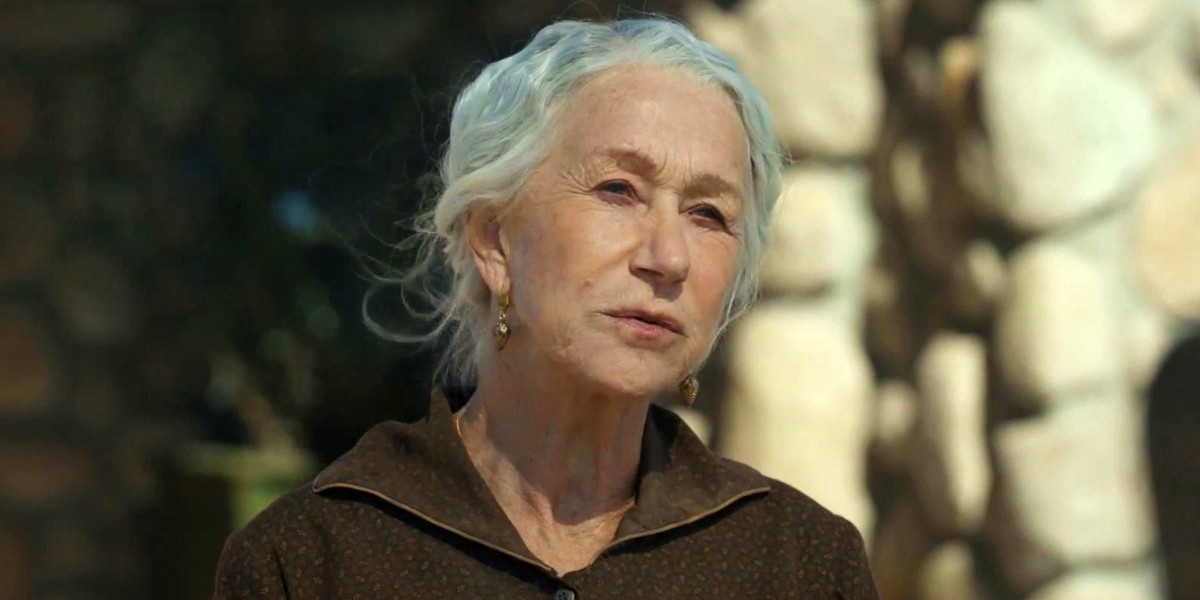 ‘1923’ episode 4 on Paramount+ leaves the Dutton family in peril as they recover from a tragic attack on their lives. The fourth episode, titled ‘War and the Turquoise Tide,’ follows Cara Dutton (Helen Mirren) as she is forced to step up and be the family’s leader in the absence of its men. Meanwhile, Elizabeth faces a dilemma of her own, and Banner Creighton rallies his forces to fight the Duttons and take away their land. Spencer Dutton receives a call to action, and if you are wondering whether he will answer it or not, here is everything you need to know about the ending of ‘1923’ episode 4! SPOILERS AHEAD!

Episode 4, titled ‘War and the Turquoise Tide,’ opens with Cara cleaning the blood from the kitchen following Jacob Dutton and Elizabeth “Liz” Strafford’s treatment. The attack on the Dutton family leaves the surviving members scarred as Cara grieves the loss of her nephew, John Dutton Sr. However, her husband, Jacob, is revealed to be alive and ailing from the gunshot wounds. Cara speaks with Zane Davis, and the latter discourages Cara from holding on to the hope of Jacob completely recovering. Nonetheless, Cara insists that they must hide Jacob’s survival for now. 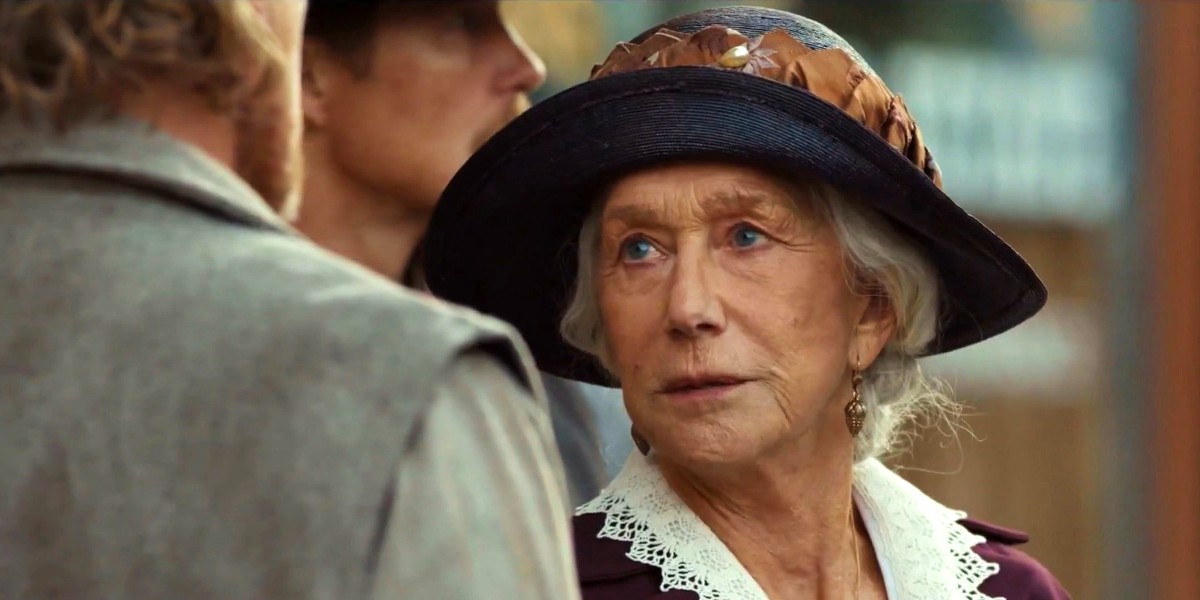 Later, Emma takes John’s dead body to the Dutton family’s graveyard and buries him there with the help of other cowboys. Cara checks in on Elizabeth, who survives the attack too. Cara changes the dressing of Elizabeth’s wounds while Jack checks in on Jacob. Meanwhile, Banner Creighton gathers the surviving shepherds and plots his next move. He decides to take on the Duttons in an all-out war, believing that the men of the family are dead. However, he must first raise an army and capital for the war. Therefore, Banner meets Donald Whitfield, a wealthy businessman based in Montana interested in the Dutton family’s land.

Banner tells Whitfield about the perceived death of Jacob Dutton and believes the Yellowstone Ranch is defenseless. He offers the businessman a stake in the Yellowstone Ranch after he conquers it. In exchange, Banner demands an army to fight against the Duttons. Whitfield agrees to help Banner on the condition that he gains the mining rights to the mountains in the Dutton family’s territory. Banner agrees, and Whitfield funds his army to take down the Duttons. Subsequently, Banner and his men steal half of Yellowstone’s cattle at night.

Elizabeth’s mother arrives at the ranch to take her daughter home. However, Elizabeth insists on marrying Jack. Cara intervenes and leaves the choice to Elizabeth. The young woman decides to remain on the Yellowstone ranch accepting it as her new home. Therefore, Elizabeth’s mother is forced to retreat. Zane tells Jacob about the cattle theft, and he instructs the cowboy with a plan to protect their remaining cattle. He asks Cara to replace him at the upcoming Livestock Association meeting.

Jack learns of the cattle theft and wants to find the thieves, but Cara stops him from taking any action. During the Livestock Association’s meeting, Cara reveals that the Duttons were attacked and robbed of their cattle. She explains that Jacob is chasing the thieves in the direction of Wyoming and has sent a letter that raises the motion to create the Livestock Association’s own police force. Cara demands the association’s support for the police department, while Jacob seeks the Governor’s permission.

Meanwhile, at the catholic boarding school, Teonna Rainwater continues to face abuse at the hands of Sister Mary. However, with the help of other sisters, Sister Mary restrains Teonna and hits her with a ruler until the latter begs for mercy. Sister Mary deems Teonna’s Native American roots as demonic possession enraging the young girl. At night, Teonna kills Sister Mary in her sleep by smashing her face with the Bible before choking her to death. Teonna flees from school and plans to return home.

After the Livestock Association meeting, Banner confronts Cara and accuses her of lying in front of the members. He exclaims that Jacob Dutton is dead and the Yellowstone Ranch is defenseless. However, Cara warns Banner that his fight is with her now, and her nephew will not spare him. While Banner believes that Cara is talking about the dead John Dutton, Cara expresses faith that Spencer will return home to help his family in the way against its enemies. Meanwhile, Spencer and Alexandra grow closer in Africa.

In the episode’s final moments, we see Spencer and Alexandra at Spencer’s cottage near the beach. The newly minted couple spend quality time together, learning more about their lives. However, Alexandra gets slightly concerned when she finds a stack of letters from Cara Dutton addressed to Spencer. Spencer explains that the letters are from his aunt. However, Spencer has not read a single letter and does not wish to read time anytime soon. 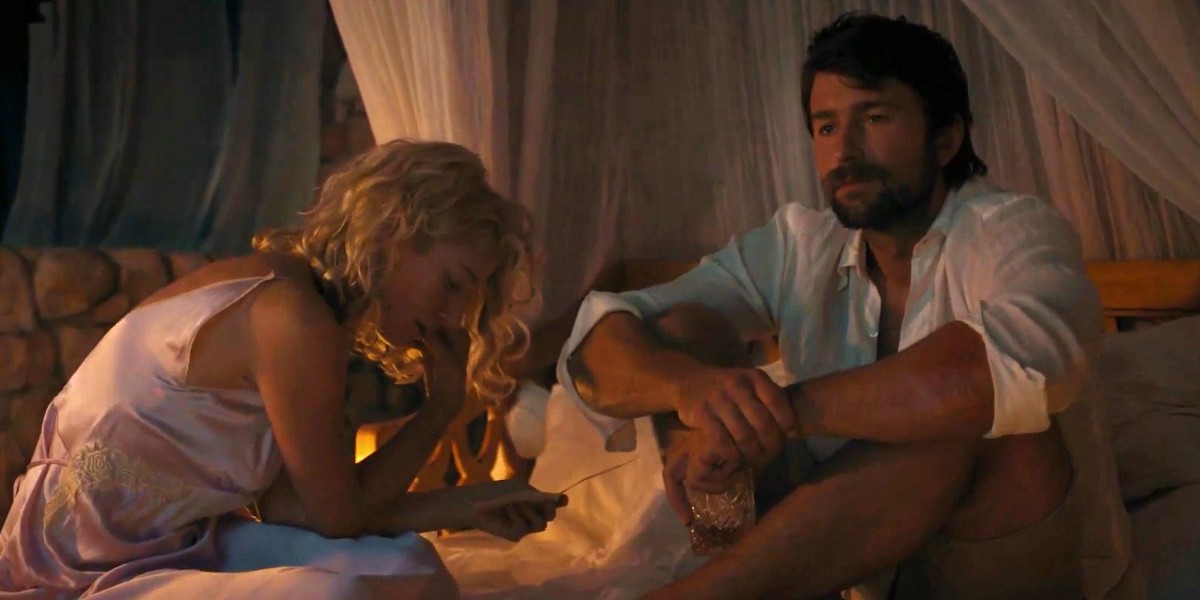 Spencer explains to Alexandra that he has been receiving letters since he left to fight in the First World War. With time, Spencer realized that the letters reminded him of home and made him weak. Spencer could not afford to become homesick amidst the horrors of the war. He credits his survival during the war to the fact that he did not read the letters. Alexandra identifies that the letters are tied to the internal conflict Spencer faces due to his time in the First World War.

Alexandra encourages Spencer to read the letters and reclaim his lost self-identity. Therefore, Spencer and Alexandra spend the entire night reading Cara’s letter. Eventually, Alexandra arrives at Cara’s most recent letter informing Spencer about his brother’s death. After reading the letter, Spencer realizes the dire consequences his family is facing. As a result, the prodigal son is finally set to return home and fight the war to protect his family’s legacy. However, Spencer is disheveled from his war experiences and might not be eager to fight again.