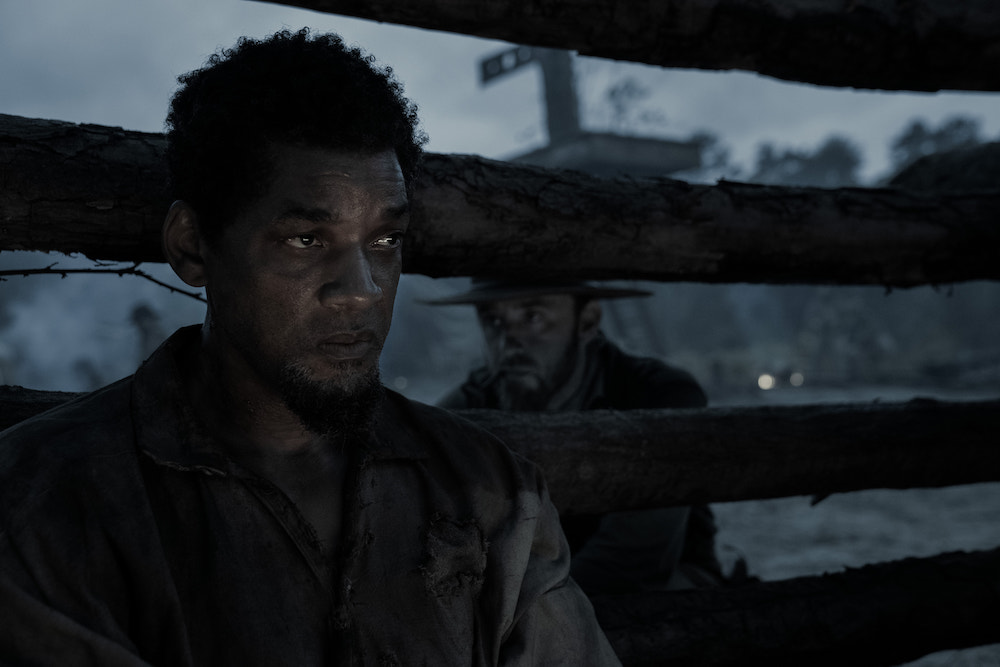 Inspired by real events, Antoine Fuqua’s action thriller movie ‘Emancipation’ follows the excruciating journey of Peter, who is beaten and captured as a slave. He is taken to Louisiana, from where he escapes to go back to his family. Peter has to hide from the tortuous hunters and his captors while also battling to survive in the deadly swamps of Louisiana. With utmost courage and determination, he opts for every means to save himself and return home.

Starring Will Smith and Ben Foster, the movie features a variety of elements that accentuate the impact of slavery. The cruel practice has taken the lives of many people of color and broken families into devastation. If you’re looking to watch movies that focus on slavery and its tumultuous impact, then the following movies are perfect for you. You can watch most of these movies similar to ‘Emancipation’ on Netflix, Hulu, or Amazon Prime. 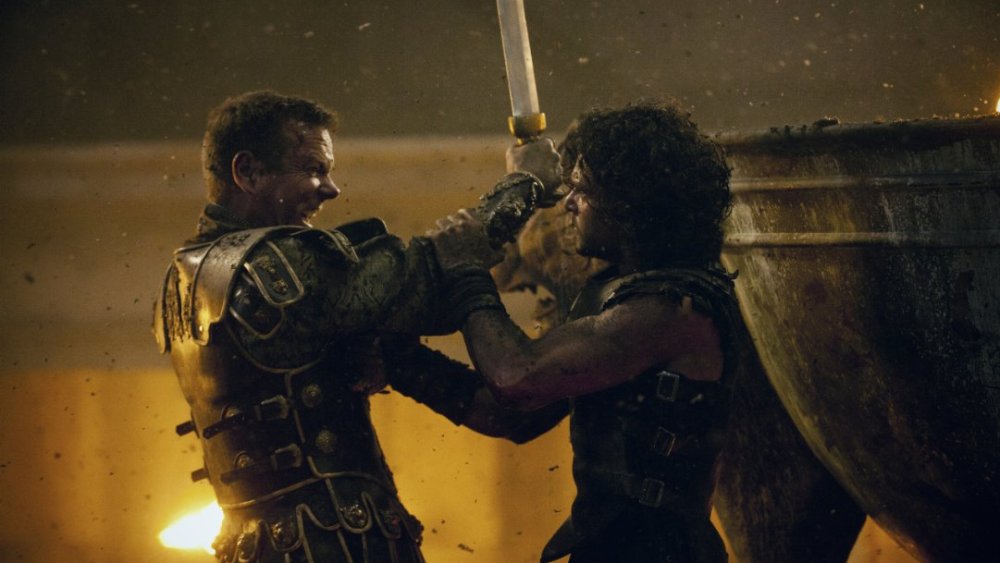 Starring Kit Harrington in the lead, this action drama movie is the story of a gladiator. Once a slave, the present-day fighter races against the clock to protect his soul mate, who has been engaged to a wicked Roman Senator. He must battle to rescue his sweetheart as Mount Vesuvius explodes and Pompeii collapses around him. Directed by Paul W.S. Anderson, the movie offers an insight into the hostile ways of kings and enslavers. Moreover, like ‘Emancipation,’ ‘Pompeii is a tale of survival and the fight to protect our loved ones. 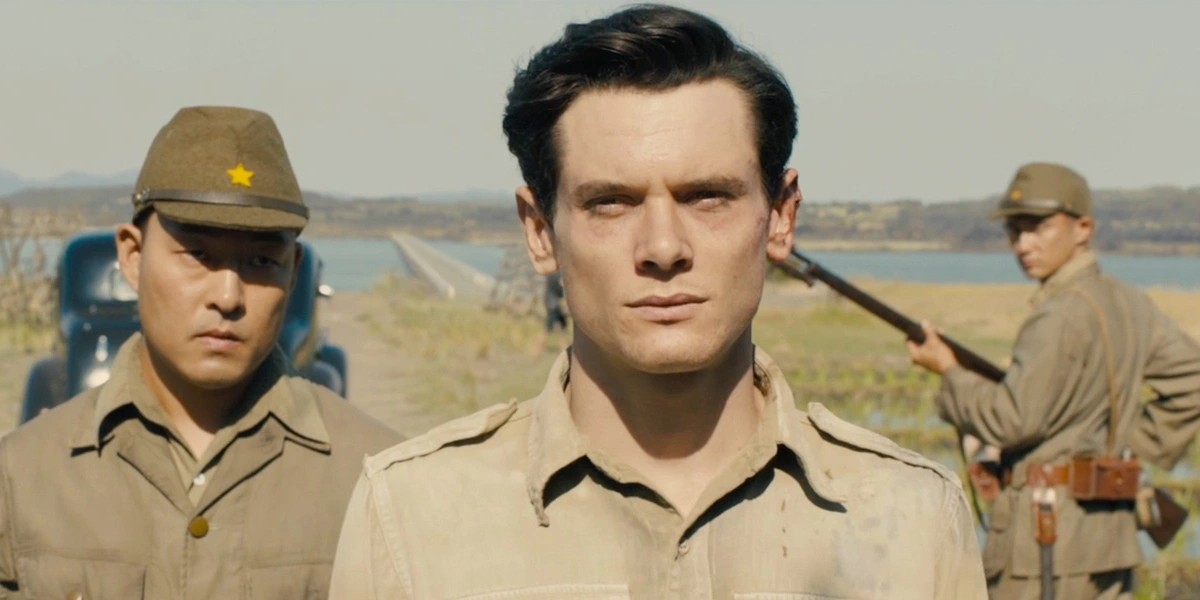 Based on the eponymous biographical novel by Laura Hillenbrand, this 2014 biographical war film is helmed by Angelina Jolie. Louis Zamperini, a US Olympic track record holder, survives an aircraft crash during WWII only to be abandoned by nature and later incarcerated as a prisoner of war. Jack O’Connell, Miyavi, and Domhnall Gleeson headline the movie. Despite not being a movie about slavery, the protagonist’s perseverance and determination to make it out alive are very similar to that of Peter in ‘Emancipation.’ 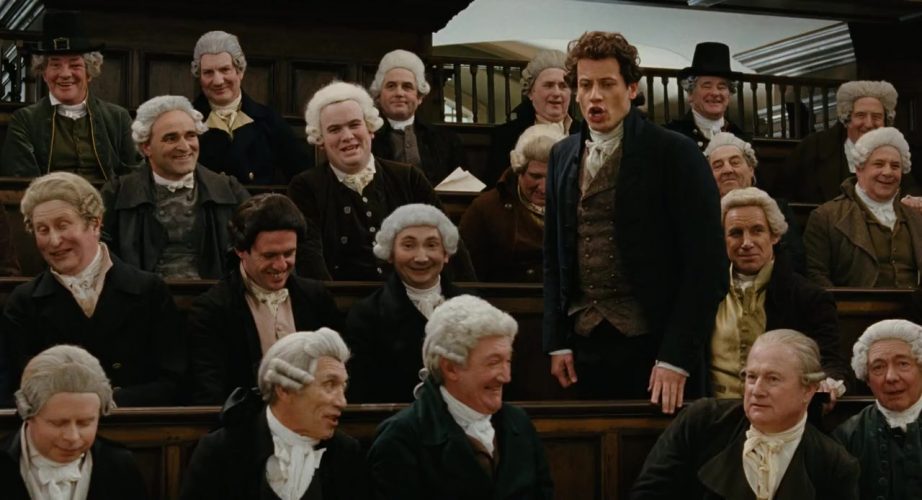 The movie is directed and co-written by Michael Apted. Set in 18th-century England, the movie features a true story where a House of Commons member, William Wilberforce (Ioan Gruffudd), and his great friend and future Prime Minister William Pitt (Benedict Cumberbatch) launch a long-running campaign to eliminate the slave trade in the United Kingdom.

Although Wilberforce’s legislation was brutally crushed in 1791, his developing fondness for Barbara Spooner (Romola Garai) pushes him to battle again. Though ‘Emancipation’ does not feature a great deal of government involvement, ‘Amazing Grace’ resembles the former movie in its depiction of slavery. 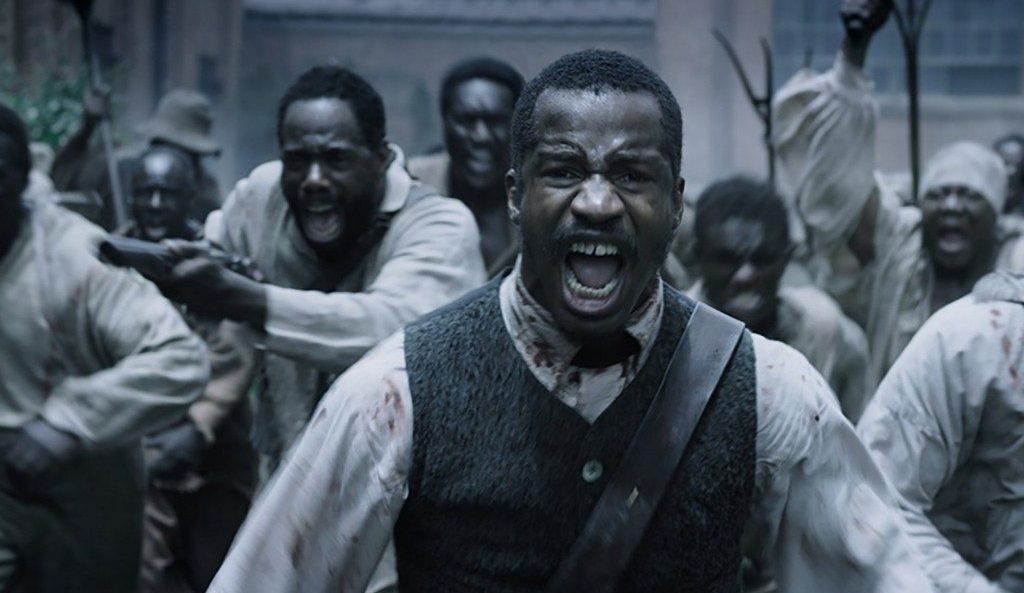 Nate Parker’s historical drama movie ‘The Birth of a Nation’ follows the efforts of an educated preacher in igniting a war against slavery. Stunned by the growing cruelty of plantation owners, Nat Turner initiates an uprising through his sermons. He strives to protect his people from the chains of slavery. Furthermore, he strengthens his belief that the almighty lord has burdened him with the duty of freeing his people. Both ‘Emancipation’ and ‘The Birth of a Nation’ is based on the true experiences of slaves under horrific conditions. The movies don’t shy away from portraying the horrid reality of the steadfast events.

Two relatives separated by 100 years in time are linked in their pursuit of freedom. Slave Samuel Woodward and his family flee a plantation while the legendary slave hunter pursues them fiercely. Samuel is forced to choose between revenge and freedom. He is haunted by the unimaginable misery he and his forefathers have undergone.

Samuel’s great-grandfather goes aboard a slave ship in 1748, 100 years back. Directed by Peter Cousens, the movie offers resounding themes of slavery and its consequent impact on families. Moreover, these aspects are similar to Peter and his family’s experiences in ‘Emancipation.’ 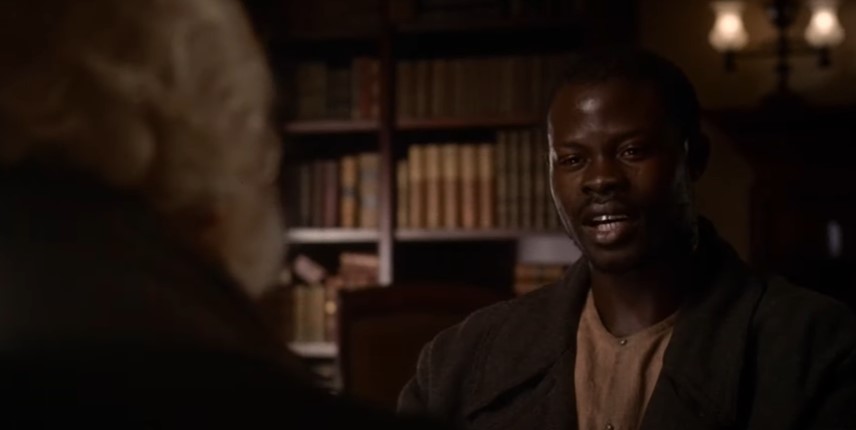 Helmed by one of the greatest directors of Hollywood, Steven Spielberg, ‘Amistad’ is the story of Joseph Cinque. He spearheads a revolution on a slave ship traveling from Cuba to the USA. Set in 1839, the events go awry when the ship is misled in another direction. The title of the movie comes from the name of the ship, La Amistad. Based on a true story, the movie stars Anthony Hopkins, Morgan Freeman, and Matthew McConaughey. Like ‘Emancipation,’ this movie also features the horrors of slavery while being a true story. Furthermore, the protagonist in both movies has the courage to rebel and break free.

Starring Cynthia Erivo, Leslie Odom Jr., and Janelle Monáe, ‘Harriet’ is based on a true story. Directed by Kasi Lemmons, the movie follows the life of a young girl who escapes slavery to become an abolitionist. Her captor promises freedom but does not honor his word. Consequently, it forces her to break free from slavery while also leaving her family. The movie is said to be a very accurate depiction of the events that happened in reality. Both ‘Emancipation’ and ‘Harriet’ portray the cruelty and harshness of plantation owners. They reflect a true image of suffering endured by slaves in those primitive years. 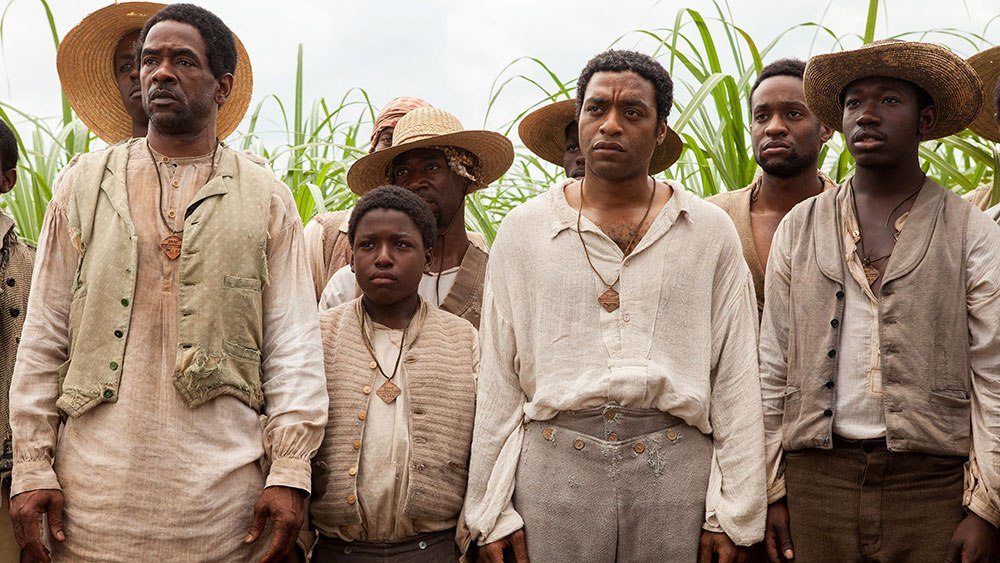 Steve McQueen’s historical drama movie ‘12 Years A Slave’ is a tale of trickery and deceit. Brown and Hamilton offer Solomon Northup, an independent African-American, a bimonthly contract. However, in Washington, DC, he realizes he has been sold into servitude. It questions the underhanded methods used by contractors and captors in getting more people enslaved.

While shedding light on the life of African-American people in the days of slavery, the movie features a true picture of the captors and owners. Furthermore, the eponymous memoir forms the basis for the movie. Hideous aspects of slavery as a practice and the reality of enslavers find adequate portrayal in the movie, which resembles ‘Emancipation.’

Read More: Is Emancipation’s Peter Based on a Real Slave? How Did He Die?