8 Animated Shows Like Dragon Age Absolution You Must See

A part of the sprawling ‘Dragon Age’ franchise’ developed by BioWare, Netflix’s ‘Dragon Age: Absolution’ is an adult-animated series. The story follows Miriam (Kimberly Brooks), an elven mercenary and erstwhile slave, who teams with her former lover, the human mage Hira, and several others to steal a mysterious artifact Circulum Infinitus. It is currently possessed by Magister Rezaren Ammosine of the Tevinter Imperium, a man closely tied to the horrors of Miriam’s past.

The heist doesn’t go according to the plan, as Hira is arrested, another party member is killed, and Miriam is forced to fight the possessed body of her dead brother. As she and her friends try to figure out what their next step should be, they also realize there is a traitor among them. Now, if you have watched ‘Dragon Age: Absolution’ and loved it, here is a list of recommendations that might fit your taste. You can watch most of these animated shows similar to ‘Dragon Age: Absolution’ on Netflix, Hulu, Amazon Prime, Crunchyroll, or Funimation. 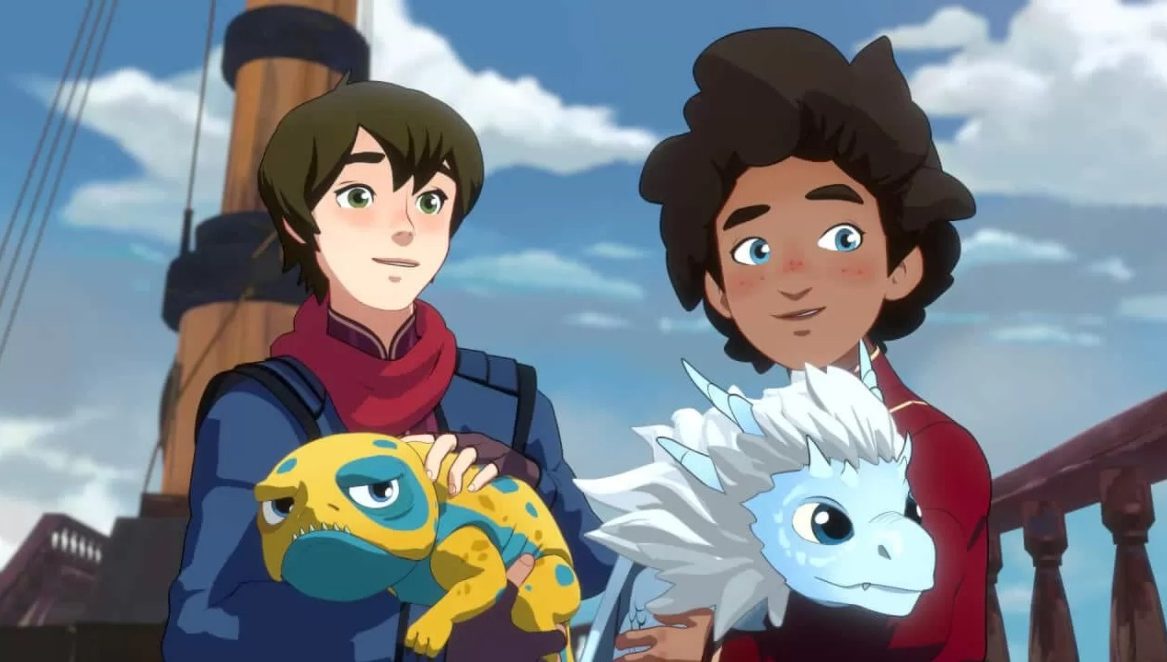 Compared to ‘Dragon Age: Absolution’ and other entries on the list, ‘The Dragon Prince’ has less mature themes and focuses more on telling a coming-of-age story. It revolves around human princes Callum and Ezran and the Moonshadow elf assassin Rayla, who discover the existence egg of the sky dragon Avizandum, long thought to have been destroyed. They subsequently embark on a perilous journey to return the egg to its mother, with the world’s fate hinging on their success. Like ‘Dragon Age: Absolution,’ ‘The Dragon Prince’ is set in a high-fantasy world, and as the titles suggest, dragons feature prominently in both shows. 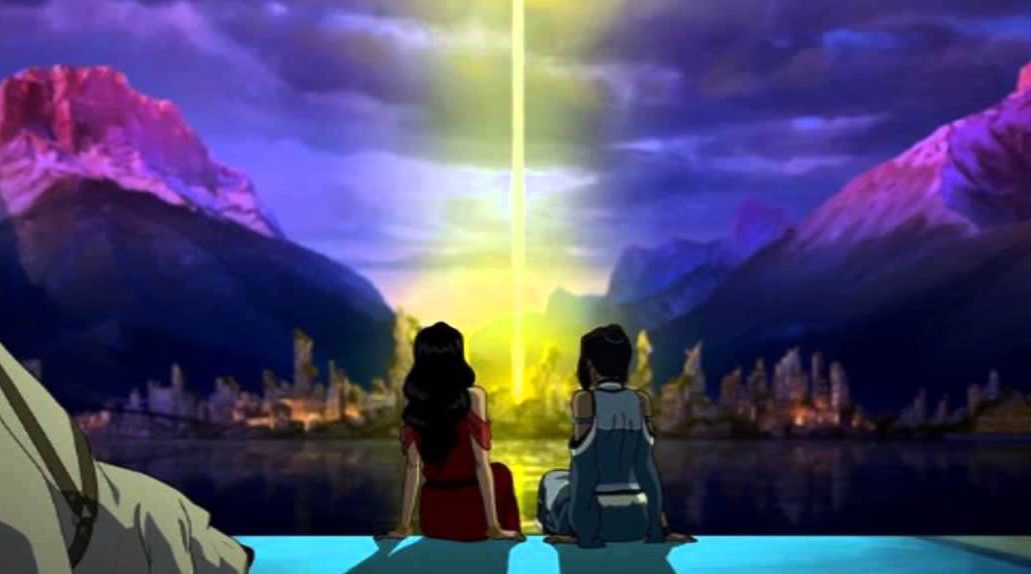 The spin-off and sequel to ‘Avatar: The Last Airbender,’ ‘The Legend of Korra’ tells the story of the titular character, the current reincarnation of the Avatar spirit. Her initial journey is in the opposite path of Aang; she has mastered Earth, Fire, and Water but struggles with the element of Air. Like Miriam in ‘Dragon Age: Absolution,’ Korra is a remarkable female protagonist with a perfect balance of vulnerability and strength. ‘The Legend of Korra’ also has a same-sex romance as an essential part of the narrative, and its villains are nearly as well written as Rezaren Ammosine. 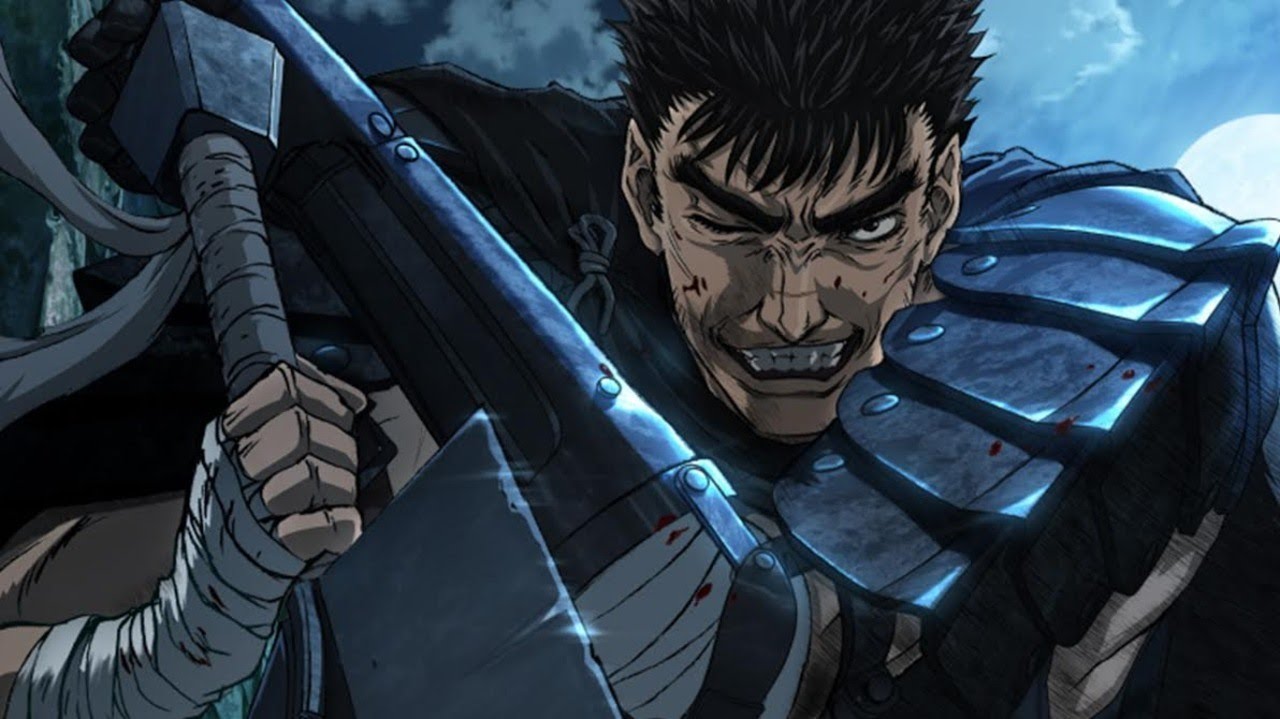 Kentarou Miura’s ‘Berserk’ has always been regarded as one of the manga series nearly impossible to adapt into an anime, but the 2016 Liden Films production is an admirable effort. It follows Guts, a lone mercenary who becomes a member of the group called the Band of the Hawk and spends years fighting alongside them before the betrayal of their leader, Griffin. He subsequently embarks on vengeance against Griffin and his new associates, the God Hand’s Apostles. Like ‘Dragon Age: Absolution,; ‘Berserk’ depicts a dark and brutal world filled with compelling supporting characters. 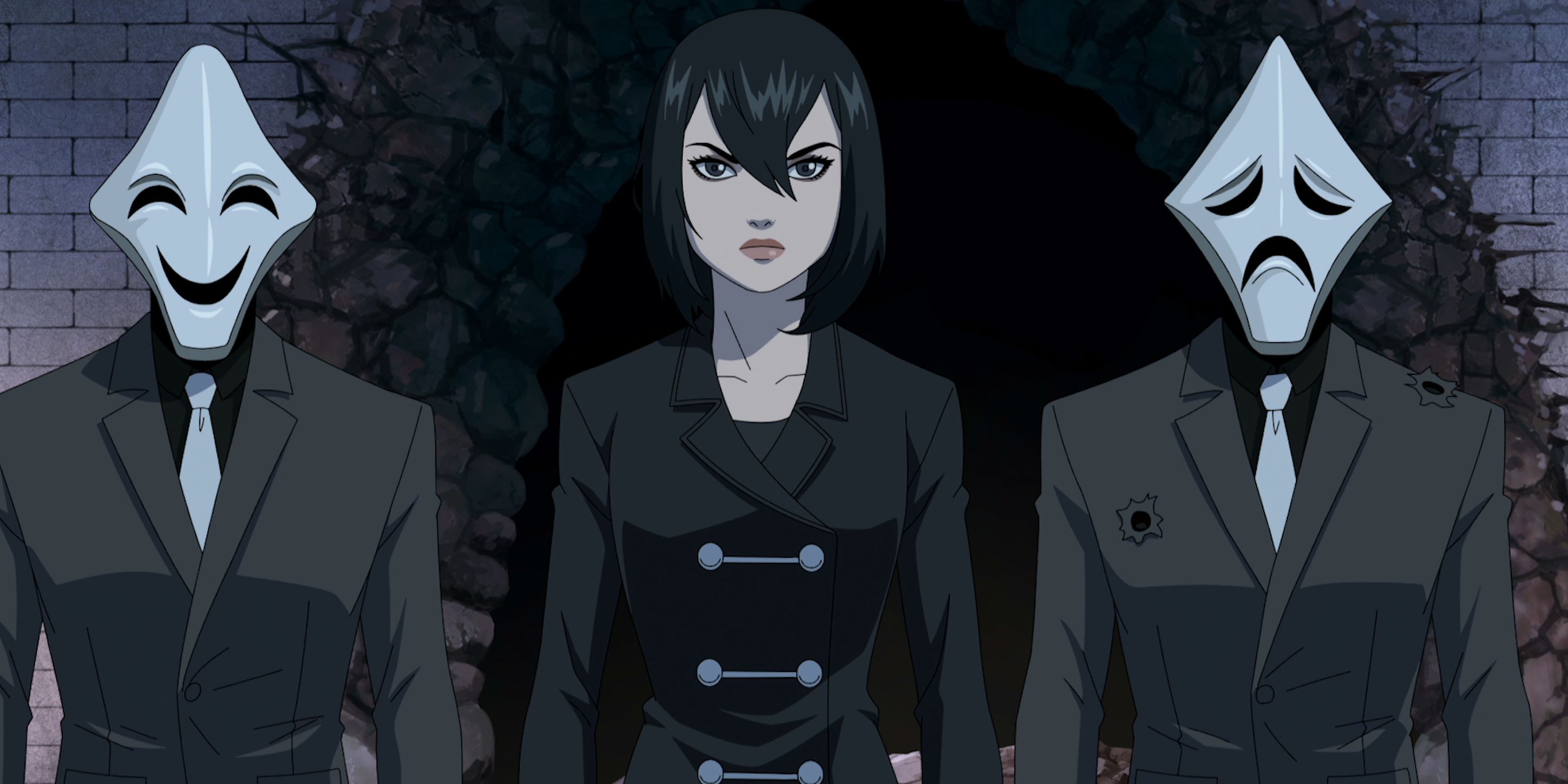 ‘Trese’ is a gem of an animated series from Singapore, based on the namesake Filipino komik series by Budjette Tan and Kajo Baldisimo. Like Dragon Age: Absolution,’ it has a female protagonist, though the series is more of an urban fantasy. Alexandra Trese is a healer-warrior or lakan, active in a fantastical version of Manila. Her duties as the lakan, a title she inherited from her father, involve maintaining peace between humans and other races. When dead bodies start to pile up on both the human and the supernatural sides, Trese realizes someone seeking to incite widespread violence is pulling the strings from the shadows. 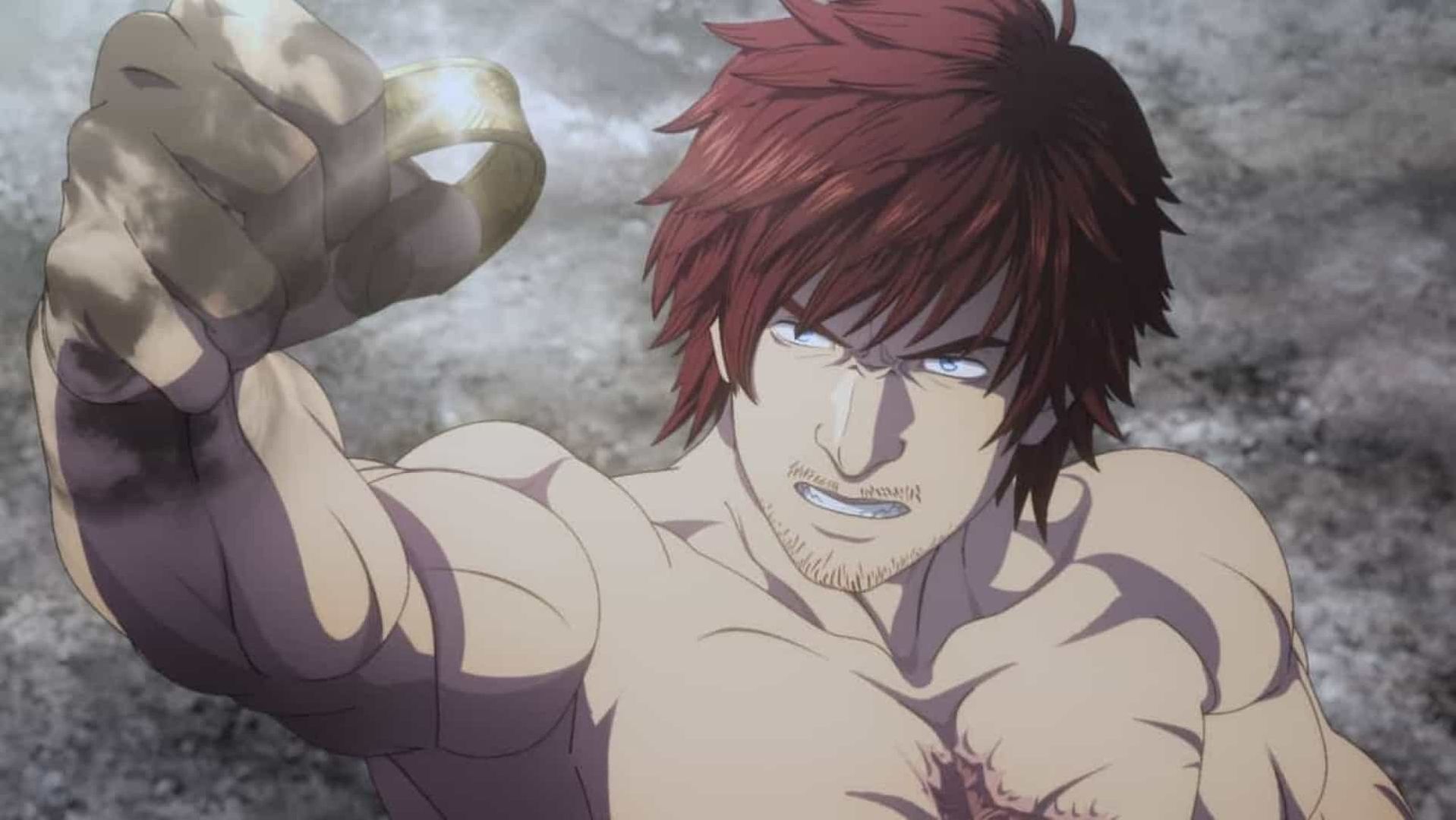 Like ‘Dragon Age: Absolution,’ ‘Dragon’s Dogma’ is based on a video game and follows Nathan, who loses his pregnant wife and everyone else in his village in a dragon attack. With new powers surging through his veins and his heart missing, he sets out for revenge, accompanied by a Pawn named Hannah. Besides the apparent presence of dragons in both shows, ‘Dragon’s Dogma’ has a rich and well-crafted setting, just like ‘Dragon Age: Absolution.’ 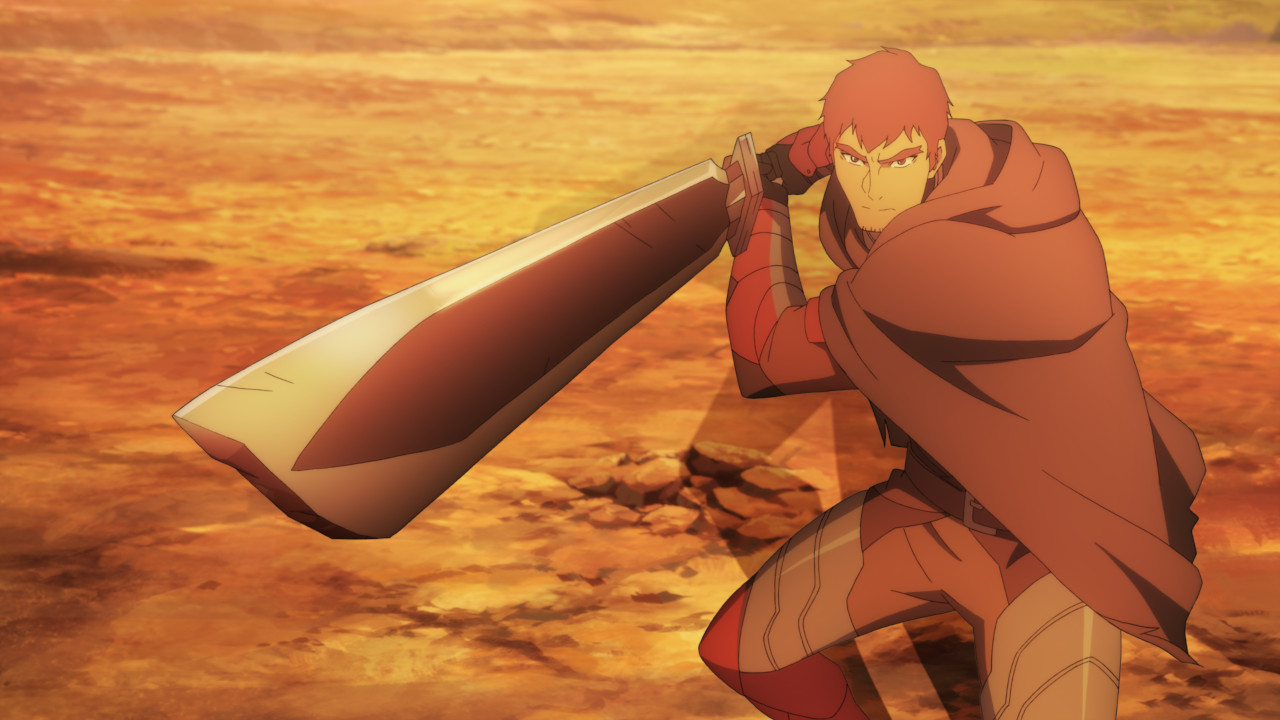 ‘Dota: Dragon’s Blood’ follows Davion, who becomes a dragon knight after losing his family in a dragon attack. However, following an encounter with the dying Eldwurm Slyrak, their souls merge. Realizing the threats that the demon Terrorblade poses, Davion joins forces with the Eldwurms and Princess Mirana. In time, a romance starts to develop between Mirana and Davion. The animation style of ‘Dragon Age: Absolution’ and ‘Dota: Dragon’s Blood’ is quite similar. Moreover, there are narrative similarities between the two shows. 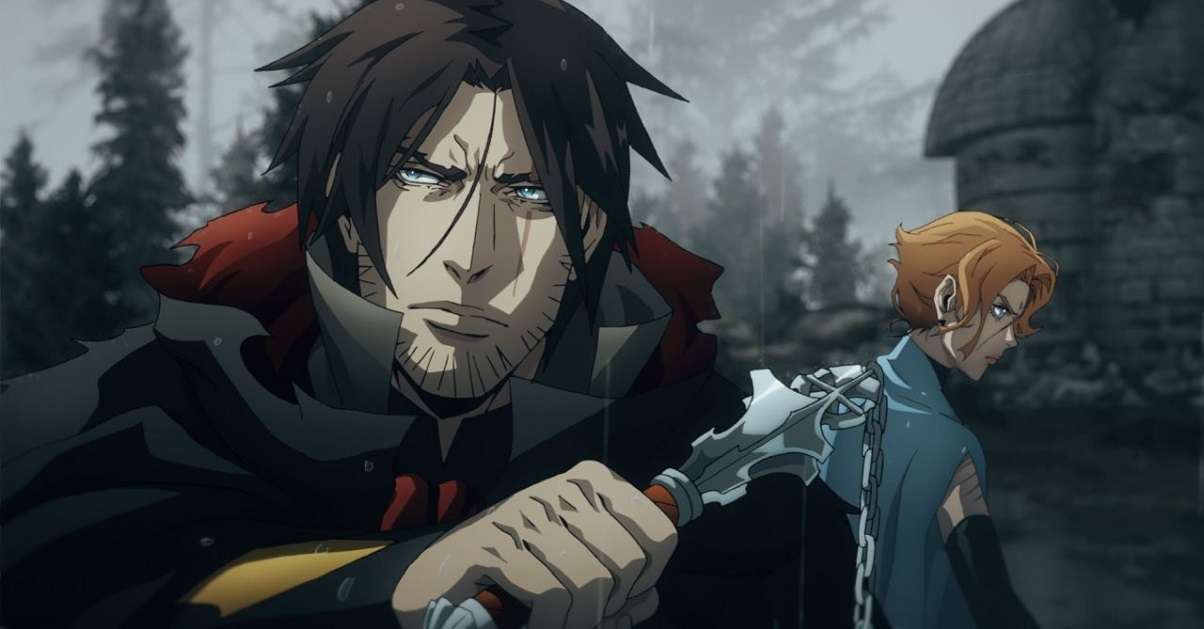 ‘Castlevania’ is a prime example of video game adaptation done right. It’s a story that predominantly follows three characters, Trevor Belmont, Adrian “Alucard” Țepes, and Sypha Belnades. Trevor hails from the long line of a monster-hunting family, Alucard is a half-vampire, and Sypha is a magician from a group of nomadic scholars known as the Speakers. These three team up to defeat Vlad Dracula Țepeș, who happens to be Alucard’s father, after he destroys humanity after his wife’s death. 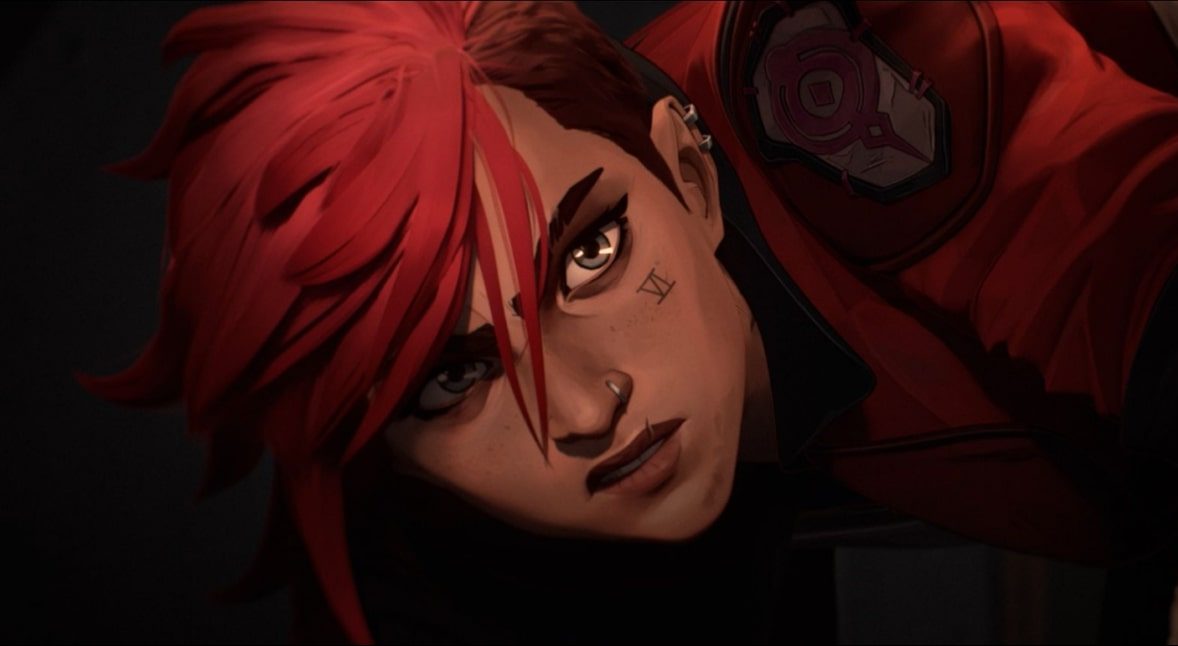 Like ‘Dragon Age: Absolution’ and many other entries in this list, ‘Arcane’ has originated from a video game: Riot’s ‘League of Legends.’ It follows two siblings, Vi and Powder, who become orphans at the start of the series during a failed uprising by the impoverished people of the undercity against the privileged class of the city of Piltover. The sisters get separated when they are young and growing up on opposite sides of a conflict. Vi, like Korra and Miriam, is an outstanding female protagonist, and her relationship with Caitlyn Kiramman is a significant aspect of the plot.