Are Blake and Giannina From All Star Shore Still Together?

MTV’s ‘All Star Shore‘ brings you to the edge of your seats through its thrilling premise, which brings together a global cast from some of television’s most loved franchises. While the contestants hail from popular shows like ‘Love Island,’ ‘Love Is Blind,’ ‘Jersey Shore,’ ‘The Circle,’ and many more, the reality show takes them to a beach house, where they lose themselves in an extravagant 24×7 party. However, each contestant has to do well in the party-themed challenges to save themselves from getting exiled, while the last one standing gets an opportunity to win a massive cash prize.

Blake Horstmann of ‘The Bachelorette‘ fame seemed to fall head over heels for ‘Love Is Blind’ star Giannina Gibelli after meeting her on ‘All Star Shore’ season 1. But much to his surprise, James Tindale also seemed quite interested in the same lady, making them romantic rivals. Nevertheless, with the season now behind us, let’s take a look at Blake and Giannina’s journey and find out if they are still together, shall we?

Blake Horstmann stepped into the spotlight with his appearance on season 14 of ‘The Bachelorette,’ where he pursued Becca Kurfin, but he fell short by a slight margin and had to end the season as a runner-up. Since then, he has appeared on several TV shows, including ‘Bachelor in Paradise.’ Besides, the reality star has been linked to several popular personalities, including Caelynn Miller-Keyes and Kristina Schulman, yet, none of those relationships were fruitful.

On the other hand, Giannina got engaged to Damian Powers after meeting him in season 1 of ‘Love Is Blind.’ Unfortunately, they had a turbulent relationship and ultimately decided to go their separate ways in 2021. Blake was completely taken with Giannina when he first set eyes on her and immediately made it apparent that he was quite enamored. He even mentioned that she was perfect for him and could not stop praising the ‘Love Is Blind’ Star.

Therefore, without wasting any time, ‘The Bachelorette’ star began actively pursuing his romantic interest and even tried to keep her engaged in conversation, hoping to impress her with his words. However, Blake was soon taken aback when he realized that James Tindale was also quite interested in Giannina. Incidentally, James and Blake were good friends and did not want to ruin their personal connection for romantic rivalry. Still, neither of them was ready to give up, and surprisingly, James was the first to steal a kiss from Giannina.

Though the kiss left Blake fuming in jealousy and resentment, he gulped it down and decided to do things his way. Thus, ‘The Bachelorette’ star began spending most of his free time with Giannina and even tried to bare his heart to her. On the other hand, James and Blake sat down to discuss their rivalry and decided they would respect Giannina’s decision. Ultimately, Blake and Giannina’s connection deepened, and they shared a passionate kiss in front of a few other contestants. Subsequently, Blake even asked Giannina to be his girlfriend. When she said yes, fans hoped the pair would stand the test of time.

Are Blake and Giannina Still Together? 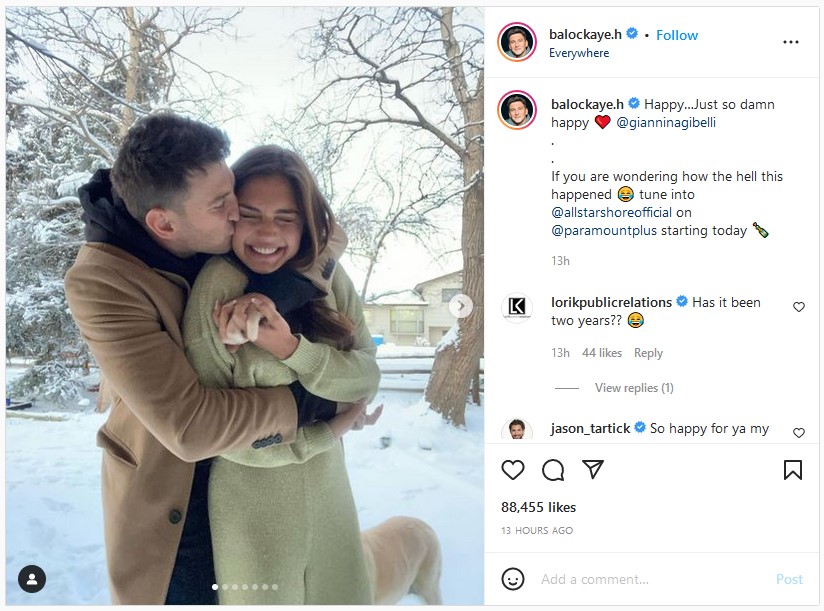 Fans who ship Blake and Giannina would be delighted to know that the couple managed to keep their relationship alive and are still together. Although he asked her to be his girlfriend on the show, they had to keep their relationship under wraps for quite a few months until ‘All Star Shore’ began airing. Nevertheless, in the months leading up to the show’s release, Giannnina kept teasing her followers with glimpses of her new beau but ultimately went Instagram official in June 2022. She even called Blake her “worst-kept secret” and uploaded an adorable picture of the two for the occasion. 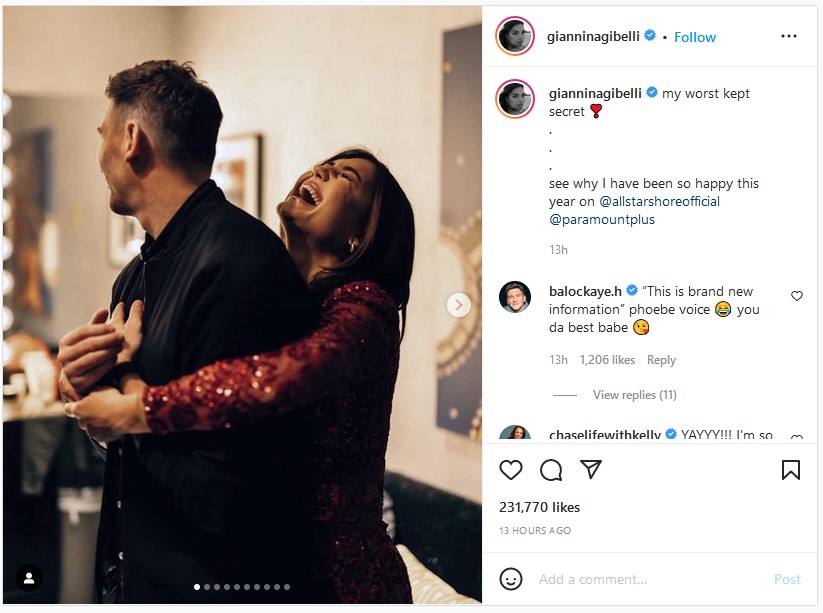 Additionally, in the same month, the ‘Love Is Blind’ star talked about her beloved during an interview with E! News and said, “He’s very respectful, but I don’t think that they know just how funny and spontaneous and dedicated he is.” Witnessing Blake and Giannina’s flourishing relationship is lovely, to say the least, and we hope they remain happy ever after.

Read More: Are Joey and Marina From All Star Shore Still Together?