Are Bru and Alyssa From The Circle Dating? 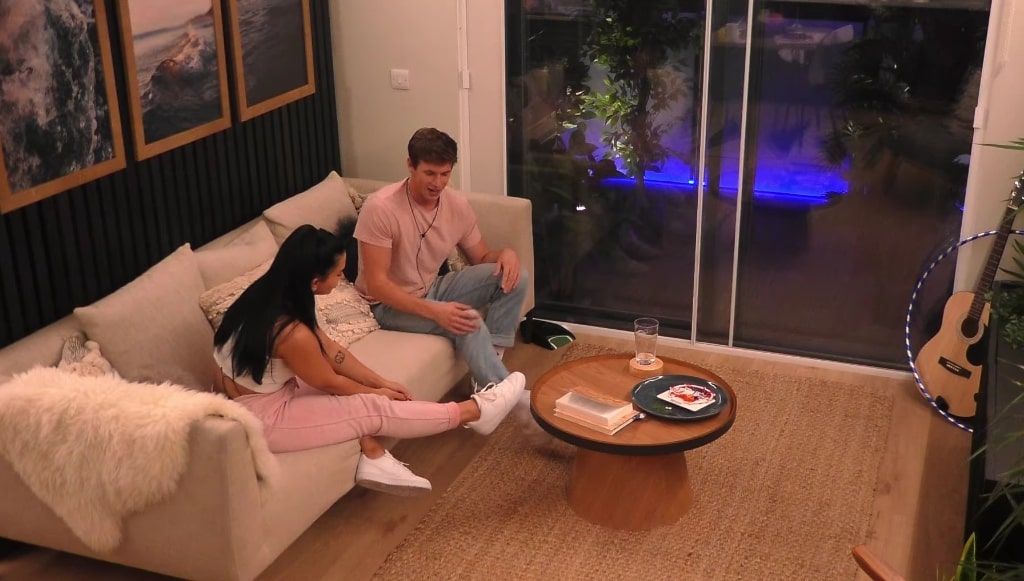 Whether it be expected catfishes or unexpected alliances, or even dramatic feuds, friendships, and flirtationships, ‘The Circle’ has it all to make it much more than a mere competition series. Thus, the fourth installment of this exciting Netflix original is no different, especially with the myriad of diverse connections it yields amongst the players at every step of the way. So now, if you wish to find out precisely what’s going on between the “nice” radio host Josh “Bru” Brubaker and the forward assistant to a sex coach Alyssa Ljubicich, we’ve got the details for you.

Bru and Alyssa’s The Circle Journey

Having decided to be the most authentic version of themselves while also being a little strategic, both Bru and Alyssa entered the social media-based contest without any pretenses. Therefore, although they found one another delightful from the get-go, they only began openly communicating when Bru invited Alyssa as well as Yu Ling Wu to the “20 Somethingish Squad” group chat. But the wholesome exchange he was probably hoping for soon evolved into an explicit one, with the topics ranging from dating and vibrators to them being in a “throuple,” and later on, even three-way kisses. 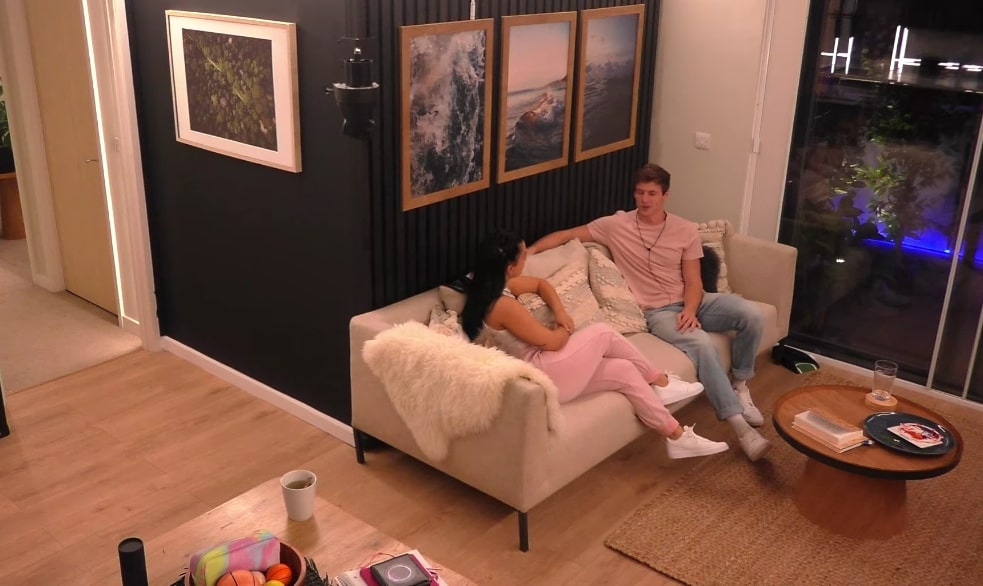 However, the undeniable fact is that this association not only became the first true alliance for every single one of them — Bru, Alyssa, and Yu Ling — but it also became their trust bubble. They could pour out anything and everything they were feeling in their chats without any judgment, which honestly made them think they would all have each other’s backs in the long run. With that said, things changed once Crissa was booted, and Yu Ling got closer to Frank because she essentially played a role in Bru having to block either Alyssa or Carol (John) — two of his strongest connections.

Bru eventually made the heartbreaking decision to eliminate Alyssa on the sheer grounds that he believed Carol could help him more in the game. Plus, Yu Ling not picking any member of the “throuple” to save when she had the chance early in the voting process had really thrown him off. It had thrown off Alyssa, too, which is why she came to see Bru once she was allowed to meet a contestant face to face before leaving ‘The Circle’ for good. She had always “adored” him, and she wanted to talk things out to clarify that there were no hard feelings, but it led to some serious flirting.

Are Bru and Alyssa Dating?

While explaining his pick, Bru innocently told Alyssa, “I was like, ‘I’m blocking my mom or my girlfriend. It was so messed up. So I think it just came down to the trust I had in Carol.” The sex therapist assistant actually laughed it off, and then the duo somehow jumped to how they are “Circle soulmates” with their matching shoes and pink clothes. “You are so nice; it’s like crazy,” Alyssa said to a blushing Bru. “Every time your name popped up, the message you wrote was so lovely! Every time, I was like, ‘he’s a ray of sunshine!’… You couldn’t have been cuter. We can still open-mouth kiss at the end of the game.” 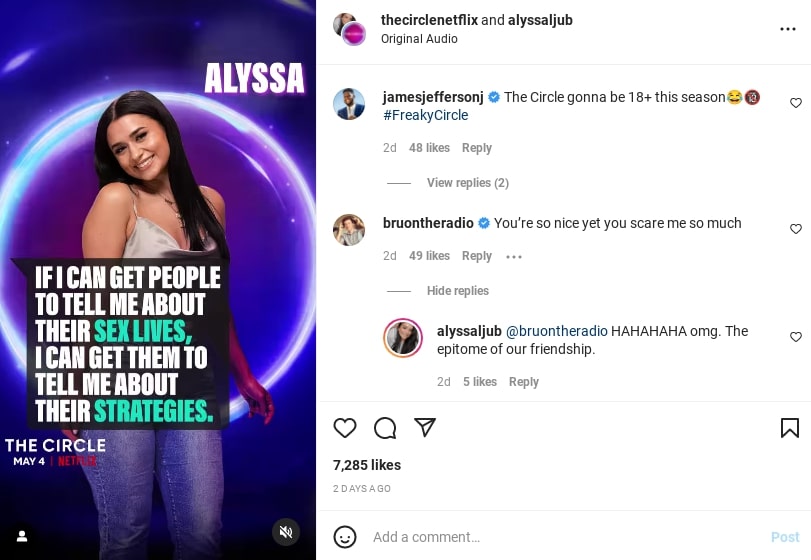 Bru and Alyssa parted ways with a bear hug, a promise to see each other again, and a mutual understanding that Yu Ling “might get left out [from the throuple] after” this whole situation. However, today, the truth is that they are not dating or in a romantic involvement in any way, shape, or form — Bru and Alyssa are simply close friends, as seen above. In fact, Bru is currently in a happy and healthy relationship with Anna Sitar, a fellow Los Angeles-based “Michigander” TikTok star. Anna is best known for her frequent “Another Day, Another Starbies” reviews.

Read More: Are John and Parker From The Circle Dating?