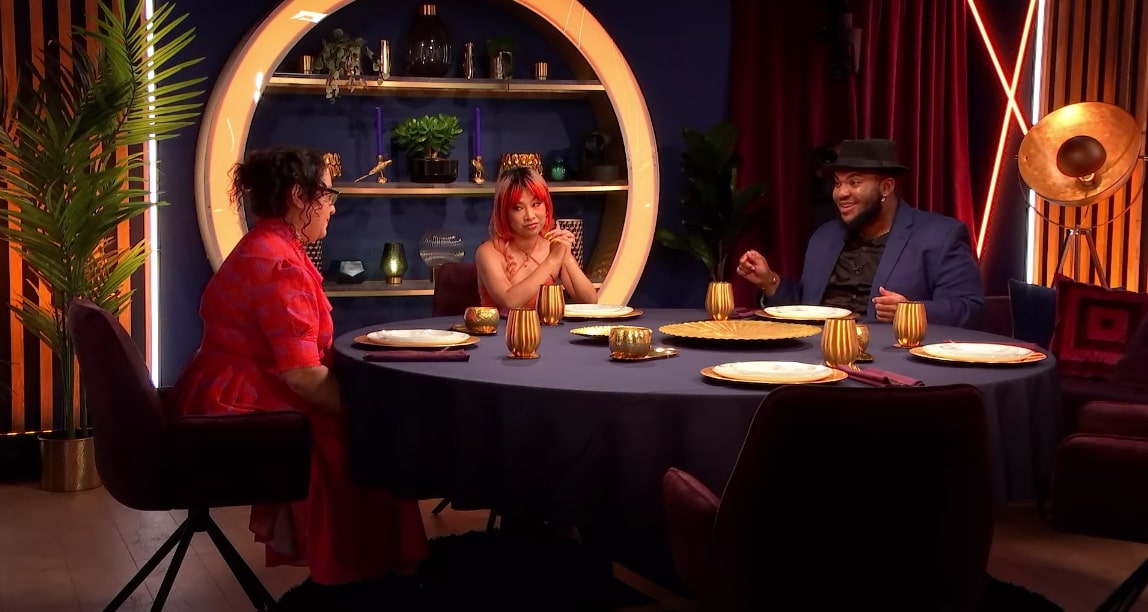 As a social experiment wherein the aim of the game is popularity by any means necessary, Netflix’s ‘The Circle’ can only be described as equal parts exciting, unexpected, and entertaining. After all, apart from catfishes as well as miscommunications, the aspects that always take center stage here are positive alliances, genuine friendships, and the truth behind human nature. This much is evidenced in season 4 through the honest bond between Frank Grimsley, Rachel Evans, and Yu Ling Wu — so now, if you wish to find out more about them, we’ve got the details for you.

From the moment Frank and Yu Ling’s paths crossed as the first contestants in the fourth installment of ‘The Circle,’ they completely fell in love with one another’s radiant energies. The sheer enthusiasm, the lack of hypocrisy, and the sweetness undeniably pulled them close together, which is why it came as no surprise when they had nothing but nice things to say about their co-participant. However, Frank’s initial alliance was only with athlete Crissa Jackson, that is until a ghost-hunting Rachel Evans came into the picture (in episode 3), just for it to soon lead to Crissa’s sudden booting. 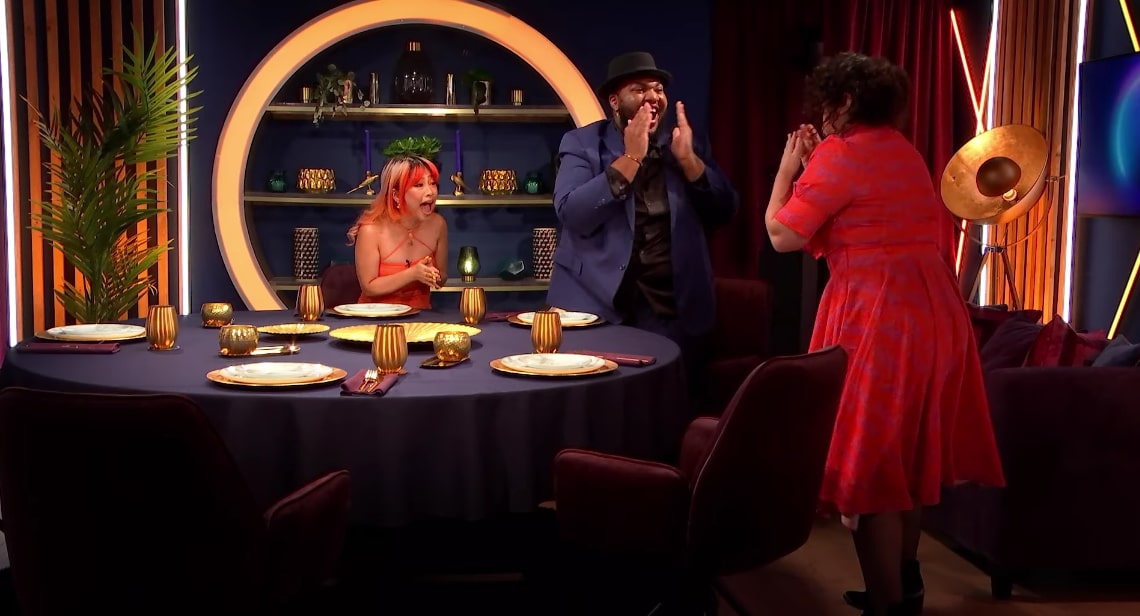 Yu Ling was actually the “influencer” tasked with telling Crissa her fate face-to-face, yet it worked out in her favor since she received several pointers to realize she could wholeheartedly trust Frank. That’s when the “Inner Trust Circle” came to light, with the fiery fashionista, Yu Ling, going to the loud and proud Frank and then him bringing along the passionate paranormal researcher, Rachel. The virus situation strengthened the trio’s connection for good because Frank did test Yu Ling’s loyalty, and she chose Rachel to pass with flying colors.

Rachel’s emotions did waver towards the end owing to the horrific anonymous portrait drawn of Yu Ling, making her feel like she didn’t even personally know her at all, but it was momentary. The following morning, she not only woke up with a fresh mind, but a group chat with Frank and Yu Ling also gave her the reassurance she needed, which led to them continuing to have each other’s backs. Thus, of course, every one of them reached the finale and got the opportunity to meet one another in the best position possible — celebrating the end of the competition. 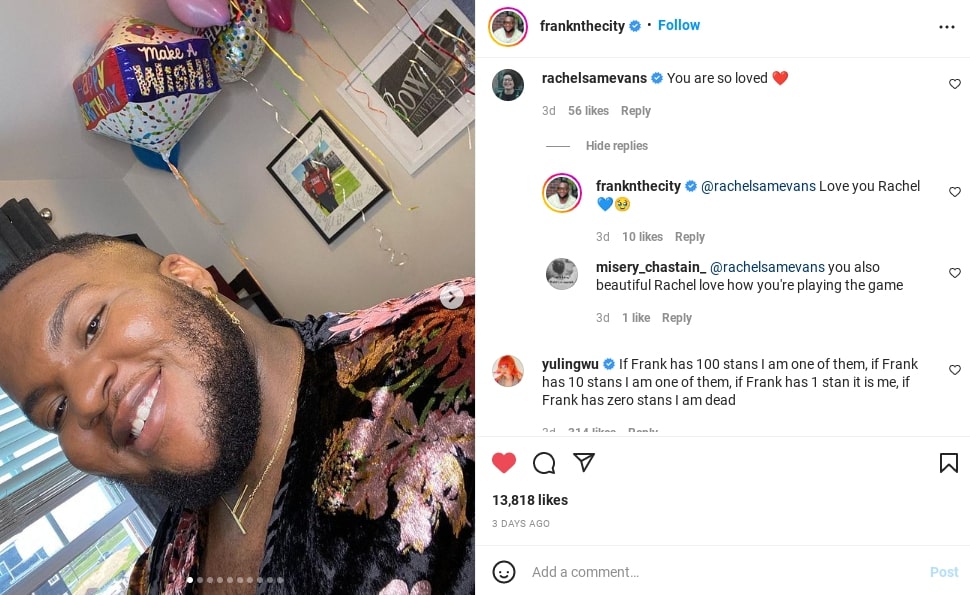 At the final dinner, before it was time for the winner to be revealed, Frank described the trio’s association perfectly by stating, “We did it… I think it’s amazing that we did it ’cause I really think we just formed genuine friendships and connections. And then we ended up here. I don’t think anybody [out of us] was being like super strategic.” As if that’s not enough to prove their closeness, Rachel seemed truly shocked when Yu Ling came third. But once Frank was announced the winner, the two women were just as excited as him, and they made sure he knew he deserved it. 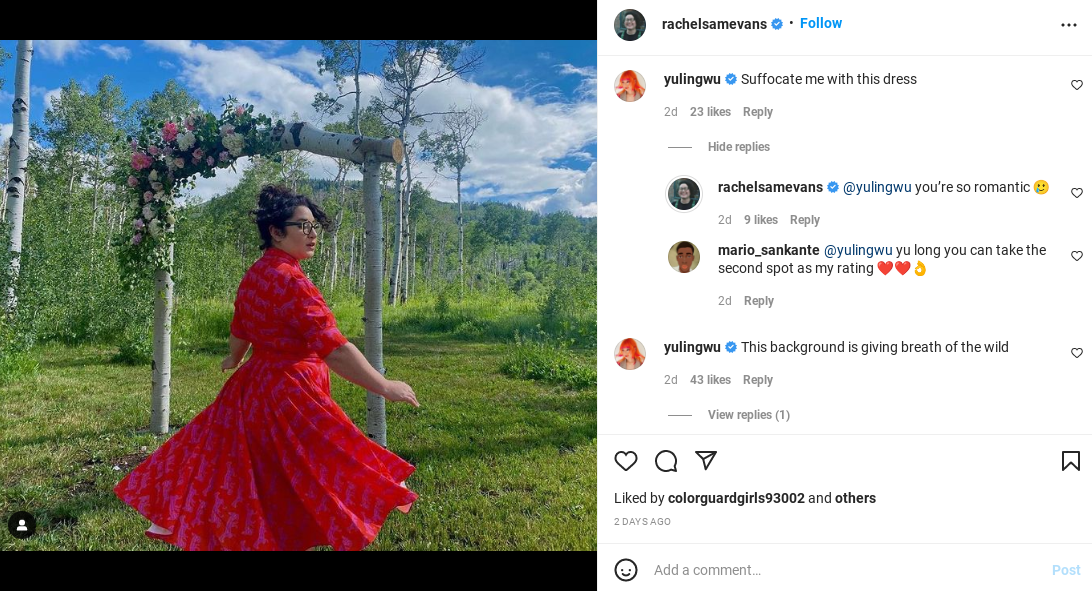 Therefore, we’re pleased to report that Frank, Rachel, and Yu Ling are not just still in touch, but they also remain great friends; their conversations on the social media platforms, as seen above, are a testament to this fact. While Rachel and Yu Ling’s online interactions basically consist of them flirting to hype each other up, Frank’s communication with the two is equal parts supportive and funny, especially with him being the clever guy he is. Honestly, it appears as if the trio won’t ever let anyone or anything come in between their friendship, which is all that matters.