Are Joe Amabile and Serena Pitt from Bachelor in Paradise Still Together?

‘Bachelor in Paradise’ is a reality show where participants swim in the sea, bask in the sun, and sip on cocktails — all to knock on love’s door. Part of the Bachelor Nation franchise, the show has already spawned seven seasons — a testament to its enduring popularity amongst fans. The seventh season of ‘Bachelor in Paradise’ features celebrity hosts, 40 participants, and a whole lot of sizzling drama. Thus, it is no surprise that when sparks flew between Chicago native Joe Amabile and Toronto native Serena Pitt in season 7, fans quickly became invested in their relationship.

Known for their refreshing honesty and practicality, Joe and Serena quickly achieved the most stable romance on the show despite their commitment issues and the appearance of Joe’s ex, Kendall. Needless to say, fans are dying to know what happened to their favorite ‘Bachelor in Paradise’ couple. Are Joe and Serena still together and in love? Or did their relationship meet its end in the real world? Let’s find out!

Joe Amabile, 34, entered the world of Bachelor Nation through season 14 of ‘The Bachelorette.’ Unfortunately, Becca Kufrin sent him home on his very first night. Joe then went on to be a part of ‘Bachelor in Paradise’ season 5, wherein he started a stable relationship with Kendall Long. However, Chicago-based Joe and Los Angeles-based Kendall broke up in 2020 due to their differing ideas on where to settle down. Joe, a food blogger and restaurant critic, is referred to as “Grocery Store Joe” by fans since he had owned a grocery store when he had first come on ‘The Bachelorette.’ 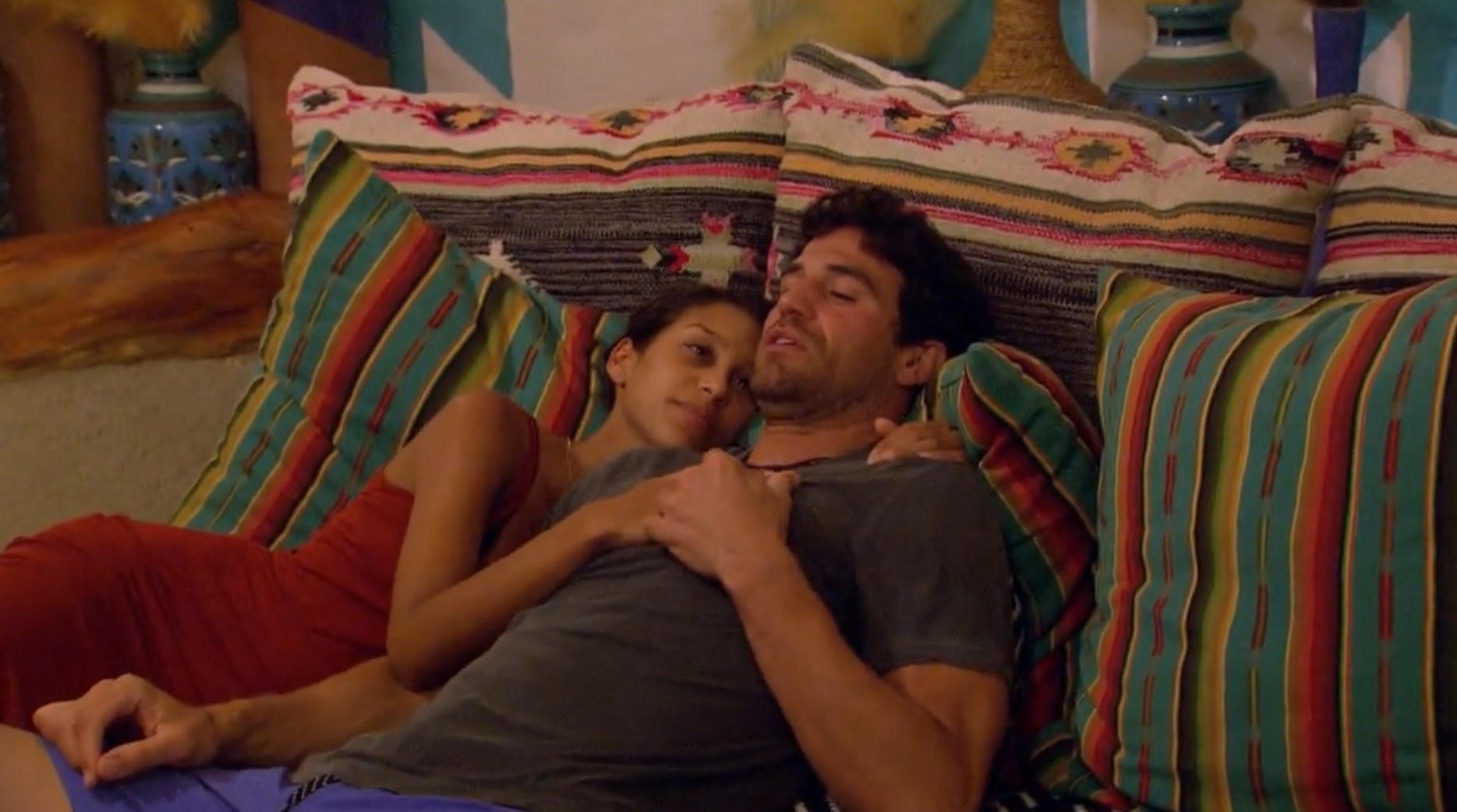 Serena Pitt, 23, first appeared on season 25 of ‘The Bachelor’ and was immediately liked by fans for her straightforward attitude. Serena decided to leave the show in week 8 — during the hometown dates — after letting Matt James know that she did not think he was the right person for her. Serena is a publicist and a model. Despite their history of ill-fated romances, both Joe and Serena decided to give love another go by signing up for ‘Bachelor in Paradise’ season 7. The couple met for the first time in June 2021 during filming, and there was instant chemistry between them.

Despite Joe’s leftover feelings from his breakup, he and Serena quickly got close and let their guards down. They bonded over their shared experiences and desire to move past the trauma of ended relationships. Joe and Serena’s romance at the resort progressed smoothly until Joe’s ex, Kendall, appeared on the show. Joe had to then grapple with his feelings for his ex and growing love for Serena. On the other hand, Serena fought back her insecurities and cynical outlook on love. The love triangle threw all three — Joe, Serena, and Kendall — into a state of panicked confusion and hesitation.

Nonetheless, despite Kendall’s uncomfortable presence, Joe and Serena managed to make their relationship work and even confessed that they were falling in love. Their penchant for logic and reason, laughter-and-food-filled dates, and heartwarming conversations made it seem like they were surely meant to be. Even the other participants on the show lauded their solid dynamic and willingness to communicate. So, are they meant to be? Are Joe and Serena dating? Or have they again been dealt a bad hand when it comes to love? Let’s find out!

Are Joe and Serena Still Together?

Yes! Fans will be pleased to know that Joe and Serena are not only together but also engaged! Although Kendall’s wish to talk to Joe right before he made his big move had worried fans, Joe did not get cold feet at the eleventh hour. He popped the question to Serena during the finale of ‘Bachelor in Paradise.’ “It didn’t faze my relationship growing with Serena at all,” said Joe on Bachelor Nation about Kendall’s presence. “It sped up the progression of our relationship,” added Serena, who now has a beautiful ring on her hand as a mark of their commitment.

Joe and Serena revealed their feelings for each other in-depth before he asked for her hand in marriage. “You told me you were falling in love with me first, you told me you love me first, now it’s my turn… Serena Pitt, I love you very much. Will you marry me?” said Joe, while proposing to a beaming Serena who immediately responded with, “Yes.”

Serena revealed that their initial plan was to just leave ‘Bachelor in Paradise’ as a couple, not as fiances. “I was shocked, I had no idea he was going to be getting down on one knee. But obviously, I was very happy and, you know, [I’m] still happy about it to this day,” she said. Joe confessed that he had decided to propose to her the night before the finale. Serena’s parents were surprised by the couple’s televised engagement.

“They’re still a little shocked by all of it. I mean, it’s just very unconventional, [but] they’re excited to be a part of it and be able to share it now with their family and friends, and get to know Joe more,” Serena explained on Bachelor Nation. Joe and Serena, currently splitting their time between Chicago and Toronto, are deciding where to settle down for the long haul. “We are going to possibly try New York together,” said Joe, adding that moving in together is the next big step that they will probably take in the spring of 2022.

Their social media posts are full of comments from well-wishing friends and fans ecstatic at their engagement. It seems that Joe and Serena are going to spend some quality time with their family and friends, getting ready for a life of togetherness. And of course, there’s a wedding in the foreseeable future. So yes, fans of ‘Bachelor of Paradise’ can restore their faith in love as Joe and Serena are together and engaged. Talk about a happy ending!