Are Sydney and Paige Roy Based on Conrad Roy’s Real Sisters? 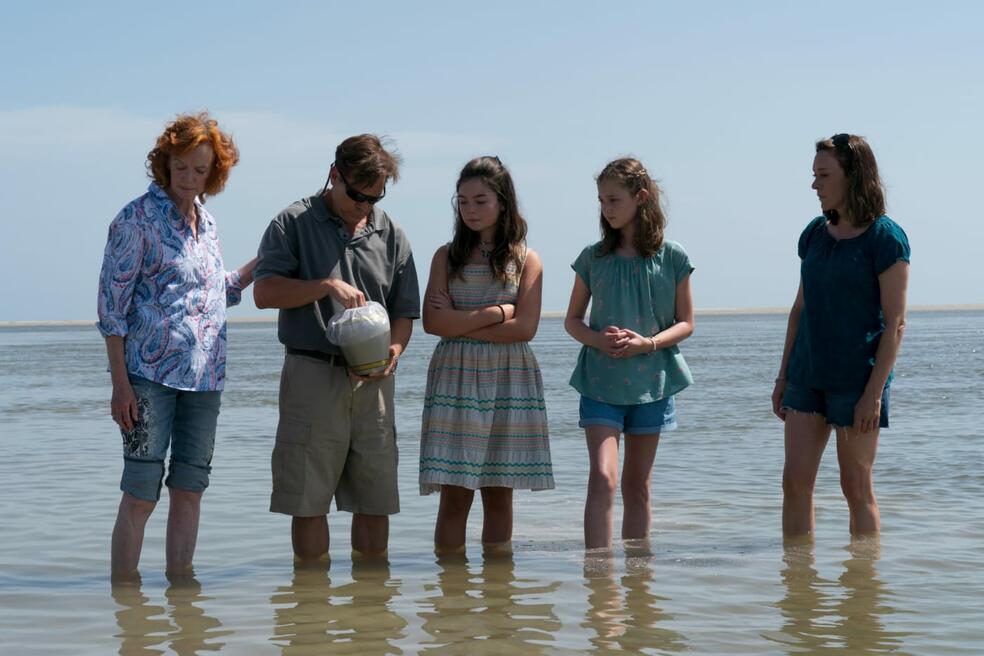 When the baffling tale of Michelle Carter’s “texting-suicide” case came into the limelight back in 2014, the age-old question of whether words can kill took on a whole new meaning, which is what ‘The Girl From Plainville’ profiles. After all, this Hulu original takes a deep dive into her romance with Conrad Roy, her role in how he died of self-inflicted carbon monoxide poisoning, and her ensuing communication with his grieving family. But for now, if you just wish to know if the victim’s sisters — Sydney and Paige in the series — are based on Conrad’s real siblings or not, we’ve got you covered.

Are Sydney and Paige Roy Based on Conrad Roy’s Real Sisters?

Yes, Sydney Roy (portrayed by Ella Kennedy Davis) and Paige Roy (played by Leah Thompkins) are inspired by Conrad Roy’s real younger sisters: Camdyn and Morgan Roy. Just as the limited series depicts, he was the eldest child of Conrad Jr. and Lynn, followed by the two girls, both of whom he cared for as much as he could while navigating his mental health struggles as well as his teenage wishes. This essentially means that they likely had their fair share of fights and arguments, yet they always stuck by one another, just like most siblings all across the globe.

Camdyn Roy still remembers the last moments she and Morgan shared with their brother — he’d taken them out for ice cream after spending the day walking along a Massachusetts beach with their mother on July 12, 2014. “We spent the day with him, the day he died. I walked the beach with him. We smiled. We laughed,” Lynn St. Denis said on ‘The Dr. Oz Show,’ to which Camdyn added, “He even took us [sisters] out for ice cream… then right after that, he went and went to the parking lot [to take his own life], I guess.”

That same evening, the young teen received a text from Conrad’s girlfriend, reading: “Hey Camdyn, it’s Michelle Carter! Idk if you remember me, but I’m dating your brother again haha and he hasn’t answered me, and I’m just starting to get a little worried. Is he okay?” Camdyn seemingly spoke to the 17-year-old as amicably as possible back then, only to later realize that Michelle knew Conrad had already passed. That’s partly why neither she nor her parents hesitated to testify and/or give emotional victim impact statements during her trial and sentencing for involuntary manslaughter in 2017.

In court, Camdyn stated that her brother was her “best friend” as well as her “role model,” and she will forever be “haunted” by the fact that she won’t get to see him get married or have the stable future he desired. “There’s a lot of things that could have prevented it,” she said during ‘The Dr. Oz Show.’ “But at that moment, when he was about to do it, and he said he got out of the car; Michelle Carter, she could have easily called 911 [instead of telling him to get back in]. It was a minute down the road, maybe.”

Coming to where Conrad’s sisters are now, from what we can tell, both Camdyn and Morgan are currently pursuing further studies in their home state of Massachusetts. More importantly, they continue to talk about and be proud of their brother, as evidenced by Camdyn’s decision to participate in the Out of Darkness walk for suicide prevention last year and their social media platforms.