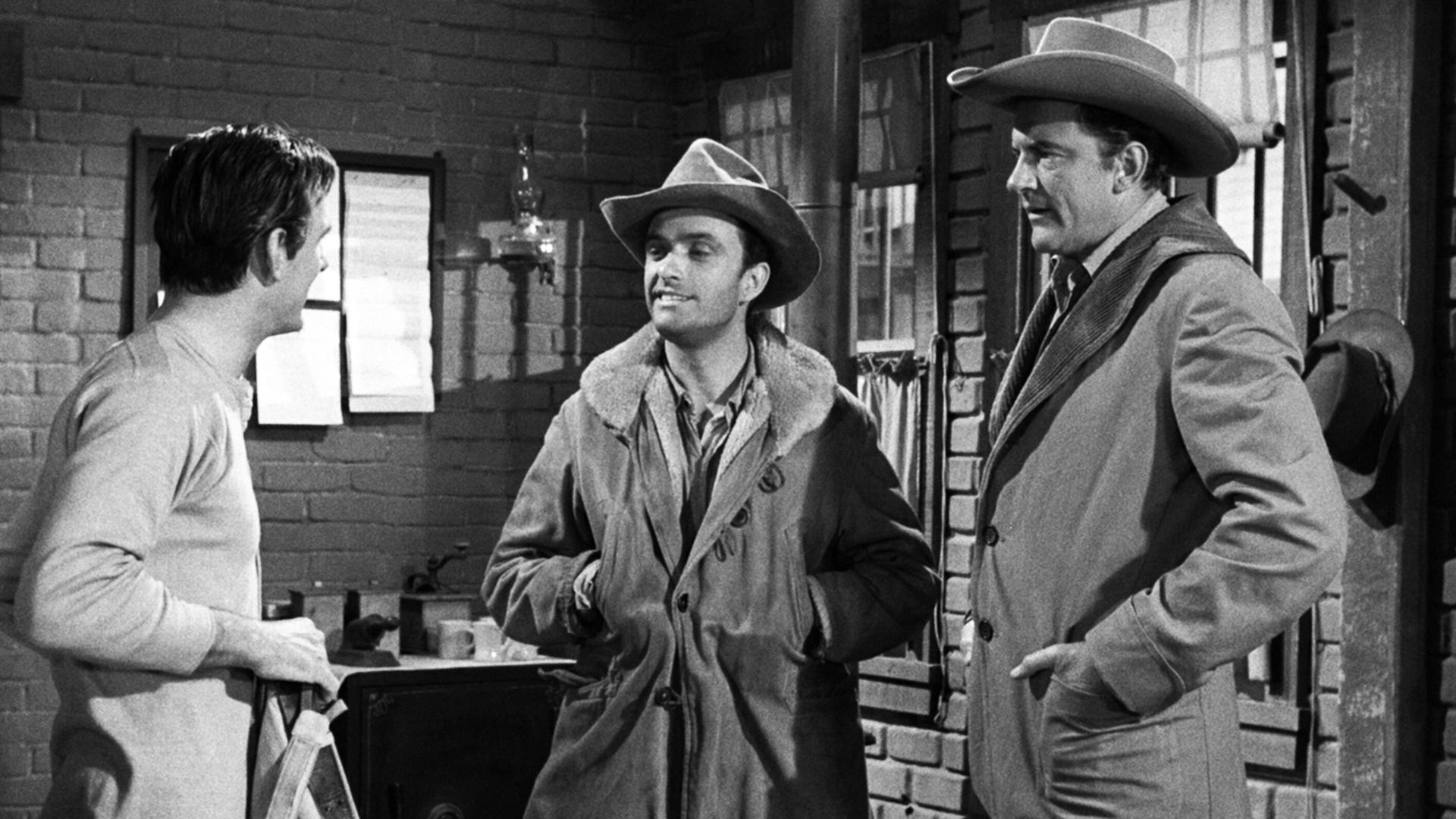 No other form of mass media has had such a huge impact on popular culture as the television. This is a machine right inside our private zones which exposes us to the whole wide world out there. Thus, as soon as the television became a household item, families started spending hours in front of it every single day. The 1950s were a very important time in the history of television in the United States. This was the decade when television started affecting how people think or what they believe in, thus having an unprecedented influence on American culture and lifestyle in general. It was the first time when daily news started being broadcast on TV; and sports evolved as one of the most lucrative events to be shown on the television, having the potential to be watched by a million people from around the world.

The television also started affecting American politics, as now the government had a product they could use to communicate directly with the citizens sitting in their homes. TV show genres like science fiction, variety sketch shows, and soap operas were first produced during this period. In the later part of the 1950s, western TV shows also became a phenomenal rage all over America. With all that said, here’s the list of top 1950s TV shows. You can several of these 50s shows on Netflix, Hulu or Amazon Prime. 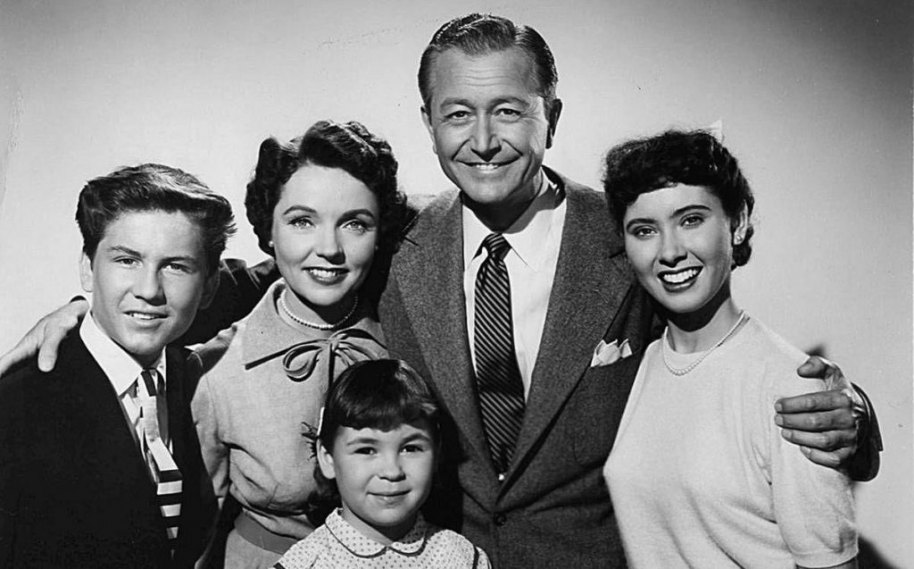 One of the earliest sitcoms in the world, ‘Father Knows Best’ first started airing in 1949 on the radio. The show became immensely popular there and it was only in 1954 that CBS, in a bid to capitalize on the popularity of the series, decided to buy its rights for the television. The series follows the daily lives of the Anderson family, led by the patriarch Jim Anderson. The father here is projected as the typical know-it-all 1950s white American dad who is beyond any mistake and always does the right thing and gives the right advice no matter what. There are of course sexist and racist subtexts within the narrative that might offend anyone watching it with a modern sensibility. 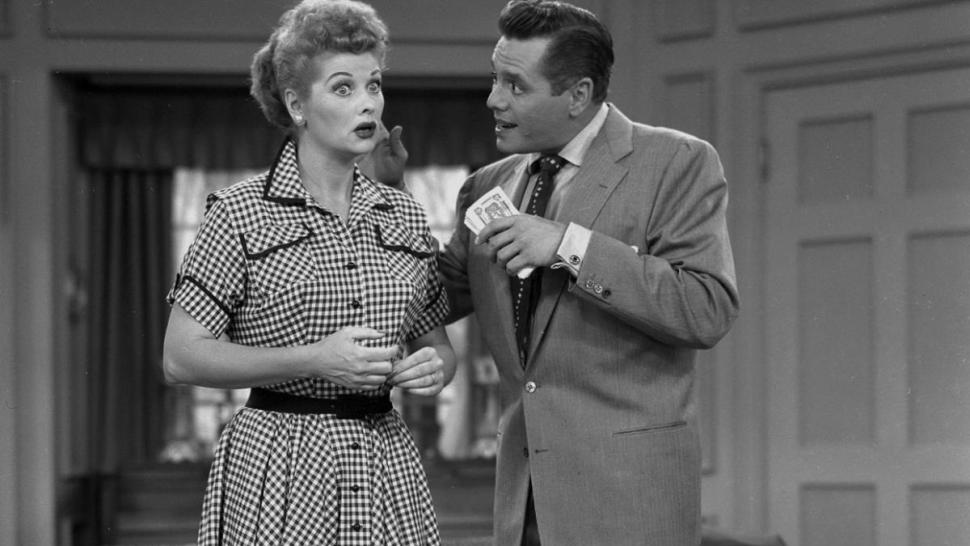 Another CBS original series, ‘I Love Lucy’, is the first American television show to become a national sensation. The series centers around the life of a married woman called Lucy Ricardo, who is fascinated by showbiz and wants to enter the entertainment industry in any way possible. She conjures up various plans with the help of her friends and landlords to make herself a part of the jazz show where her husband performs as the bandleader every single night. She also tries various other methods to develop friendships with people from the entertainment industry.

‘I Love Lucy’ became the first ever series which was at the top of the Nielsen ratings in terms of popularity when its last episode aired. Lucille Ball provides a fantastic performance as the titular character, bringing her superior prowess of physical comedy to the foray. The series won numerous awards throughout its run, and became a cultural sensation during the 1950s, with even a museum being created in its honor. Despite Lucy being stereotyped as the clueless housewife, it is she who steals all the thunder with the help of Ball’s performance. 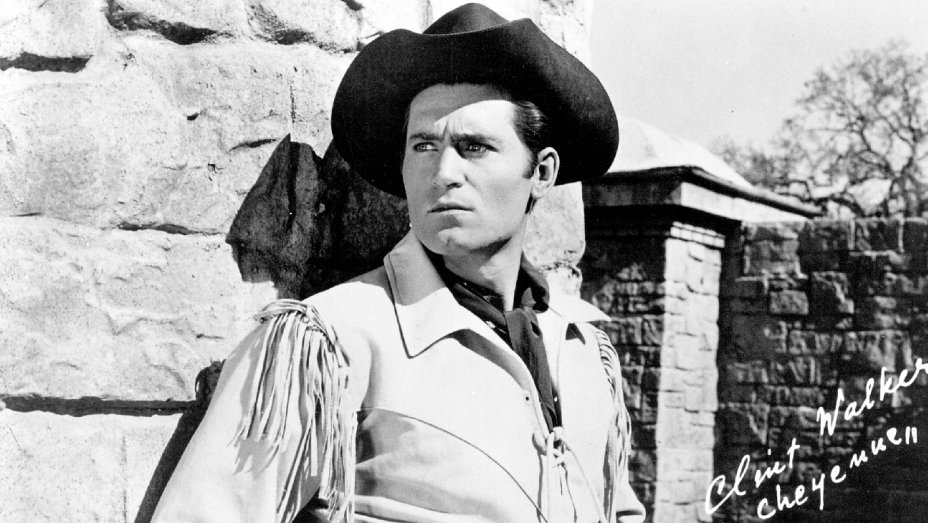 As we have earlier stated, the 1950s was the time when western TV shows started becoming very popular, with a number of iconic shows of the genre debuting during this period. One of the biggest names among these shows is the ABC original ‘Cheyenne’. The series introduced America to one of its first television heroes, Clint Walker, who plays the titular role of a lone wanderer of the American West who has been raised by Native Americans after the death of his parents. Cheyenne believes in frontier justice, and he constantly moves from one town to another to punish the bad guys and bring peace for the innocent townsfolk. There is no other constant cast member of the show except Walker, but there are recurring actors who play different roles in different episodes. Superstars of then-American television like Ann Robinson and James Garner have also made appearances in the series. Cheyenne, unlike the white cowboys in most 1950s TV shows and films, is sympathetic towards Native Americans. 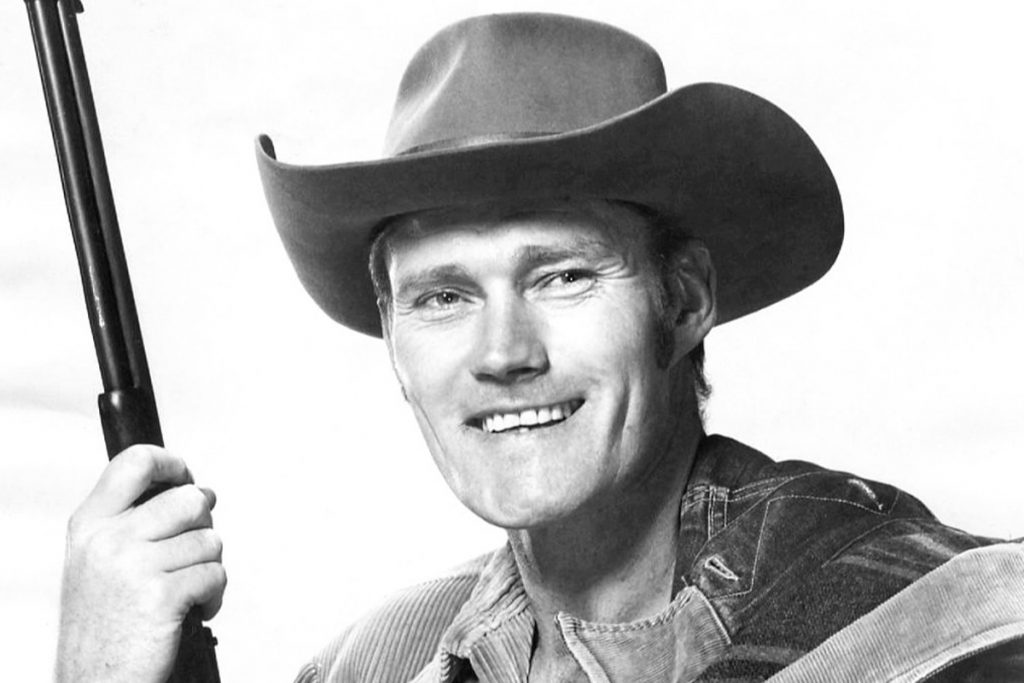 One of the most popular western TV shows of all time, ‘The Rifleman’ is the story of an army veteran, Lucas McCain, who has taken it upon himself to protect the town of North Fork from all sorts of criminal activities. The story goes that after his wife passed away, McCain and his son Mark left their home in Enid, Oklahoma, to start life afresh. There are certain themes that are explored well in the series, like the flaws in McCain’s character. We sometimes find him hypocritical and slightly unlikable. Another recurring theme is the concept of each person having a second chance at life to correct his/her mistakes and improve his/her relationships with near and dear ones. One of the most significant aspects of the series which gained huge popularity during its time is the modified Winchester rifle that McCain uses throughout the show. 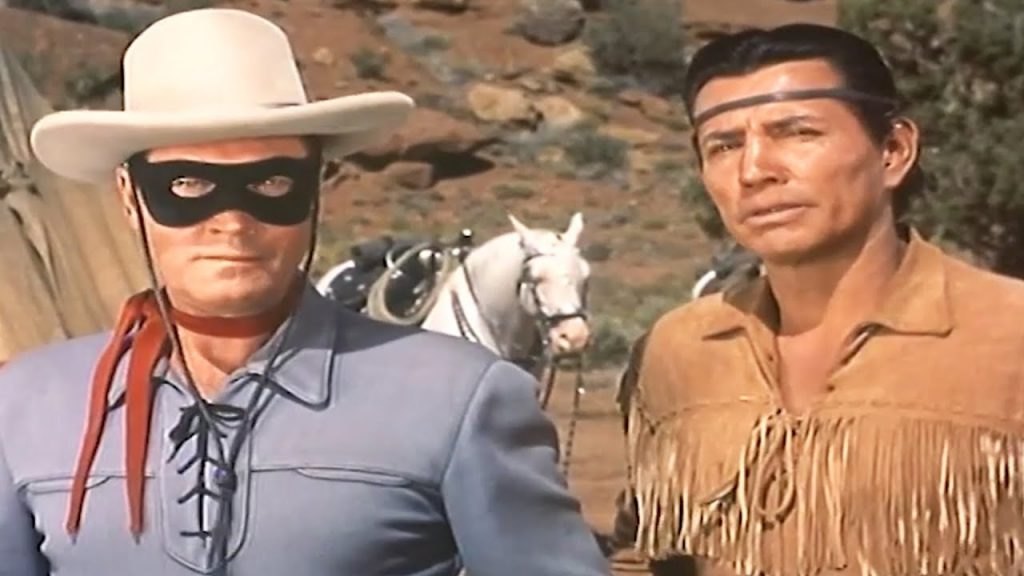 The ABC original Western series ‘The Lone Ranger’ was the network’s first major hit show which became a sensation throughout the country. Each episode of the series tells a different story, with the only two constant characters being the lone ranger himself and his Native American slave Tonto. The reason behind the leading character’s nomenclature is the fact that once he was a part of a six-man Texas Rangers team, but ended up losing all of his friends in a massive fight. Now, he covers his face with a black mask and goes around punishing criminals along with Tonto. Interestingly enough, the leading character is played by two separate men, with the original actor Clayton Moore being replaced by John Hurt from 1952 to 1954 due to contractual disputes. In the 2013 film adaptation of the series, Armie Hammer plays the Lone Ranger, while Johnny Depp dons the role of Tonto. Notably, very few characters have been as symbolic of the American spirit as the Lone Ranger. 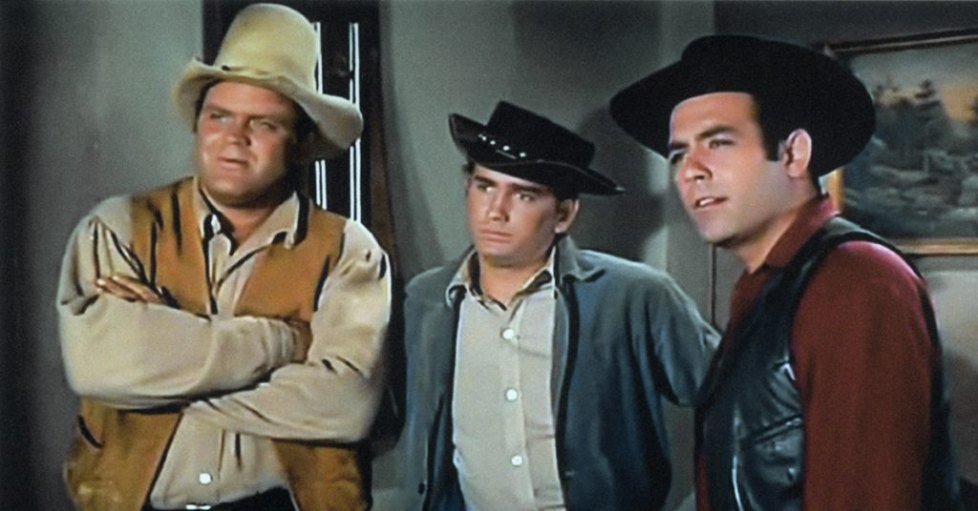 ‘Bonanza’ is not just a television show for Americans; it is a major symbol representing a certain period of American life and popular culture. The NBC original series ran for 14 seasons straight and made itself a part of the American household. The show centers around the lives of the Cartwright family, led by Ben Cartwright, who manages a ranch along with his three sons from three different wives – Joe, Adam, and Hoss. The main reason behind the popularity of the series is the fact that unlike most other western shows, which have one protagonist traveling around from one town to another, ‘Bonanza’ is more of a family show focusing on the lives and relationships of the Cartwrights. There are some recurring themes that the show deals with, like concepts of morality and ethics. ‘Bonanza’ had a major influence on the cultural evolution of the American society in the ’50s. 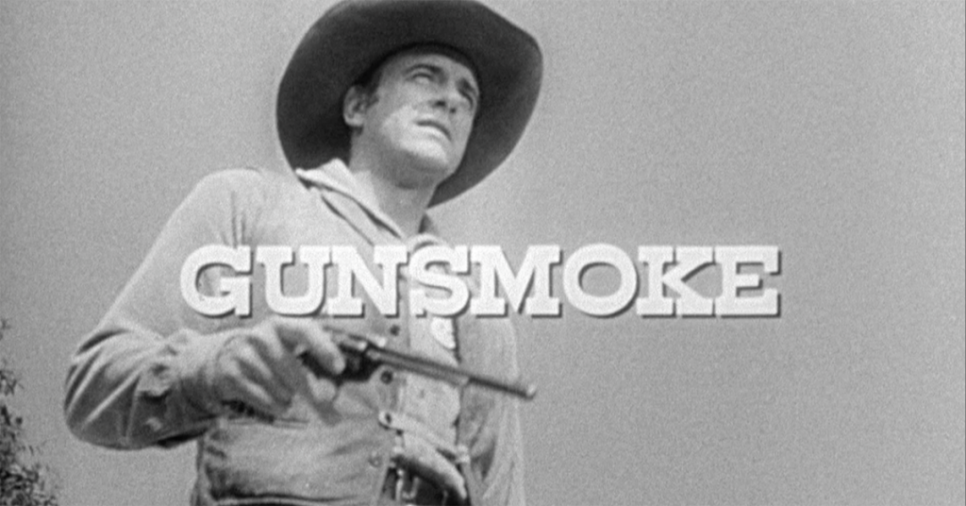 If we are to list the five most influential TV shows in American history, ‘Gunsmoke’ would easily find a place among them. The series first aired on the radio in 1952, and then moved on to television in 1955. ‘Gunsmoke’ follows the life of Marshal Matt Dillon, a gun-toting lawman who protects Dodge City by using his fascinating skills with a firearm to keep troublemakers at bay. James Arnes played Dillon for the twenty seasons that it aired and naturally became a household name in America by the time the series ended. Some have compared the influence of ‘Gunsmoke’ on American culture to be similar to what Iliad or Odyssey has had on the Greeks. The series perfectly depicts the American mindset during the Cold War.