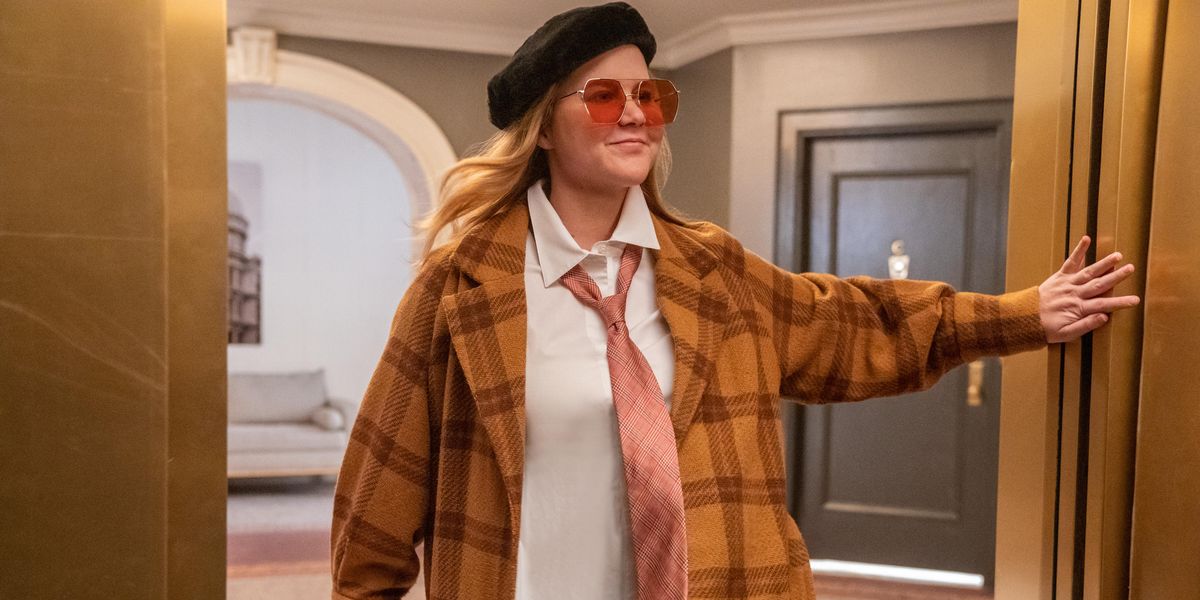 The second season of ‘Only Murders in the Building’ is packed with humor, mystery, and guest appearances that give viewers a hearty load of entertainment. In the first episode of season 2, viewers are introduced to a fictionalized version of actress Amy Schumer, known for her unique comedy style and irreverent sense of humor.

The actress’ charming presence makes for some hilarious moments, and one of those has a mention of Schumer suing acclaimed director Judd Apatow. If you watched the episode and are looking for answers about the authenticity of Schumer’s remark in the series, we’ve got you covered! Here is the answer to whether Amy Schumer sued Judd Apatow in real life! SPOILERS AHEAD!

Amy Schumer first appears in the second season premiere of ‘Only Murders in the Building,’ titled ‘Persons of Interest.’ She plays a fictionalized version of herself who meets Oliver Putnam (Martin Short) in the Arconia’s elevator. Schumer reveals that she is moving into the apartment complex and will be living in the apartment formerly owned by music legend Sting. During her conversation with Oliver, Schumer expresses a desire to create and star in a television adaptation of Oliver’s podcast about the death of Tim Kono. In the same conversation, Schumer jokingly mentions that she has sued Judd Apatow.

For the uninitiated, Amy Schumer began her career by dabbling in comedy. She gained recognition after her performances in the fifth season of the reality comedy show ‘Last Comic Standing.’ Following a few recurring and guest roles in TV shows and minor roles in films, Schumer made her debut as a lead actress in feature films with the 2015 comedy ‘Trainwreck.’ While Schumer also wrote the screenplay, Judd Apatow directed the movie. The film became a critical and financial success earning $140.8 million at the global box office. However, the film marks the only collaboration between Schumer and Apatow.

In reality, Schumer and Apatow share a close relationship and have spoken about each other’s work in the media several times. In an interview, Apatow stated that he helped Schumer improve the concept for ‘Trainwreck.’ However, it is possible that the film’s success caused a dent in the relationship between the show’s versions of Amy Schumer and Judd Apatow. Therefore, the fictionalized version of Schumer mentioned suing Apatow. Nonetheless, in reality, there are no reports of Schumer suing Apatow. Furthermore, the two continue to share a good personal relationship as there are also no reports of a rift between the two.

The joke in the second season premiere of ‘Only Murders in the Building’ serves as a callback to Schumer’s first big hit at the box office that made her a bonafide movie star. Her career continued to flourish with films such as ‘Snatched’ and ‘I Feel Pretty.’ Nonetheless, her collaboration with Apatow remains one of Schumer’s most recognized gigs. Therefore, the series introduces viewers to a fictionalized version of Schumer (who seems to have a dark sense of humor) with an indirect reference to her work in ‘Trainwreck.’ Moreover, the series keeps the reason for Schumer suing Apatow a secret, making the hilarious joke more effective.

Read More: Who is Rose Cooper in Only Murders in the Building? How Did She Die?