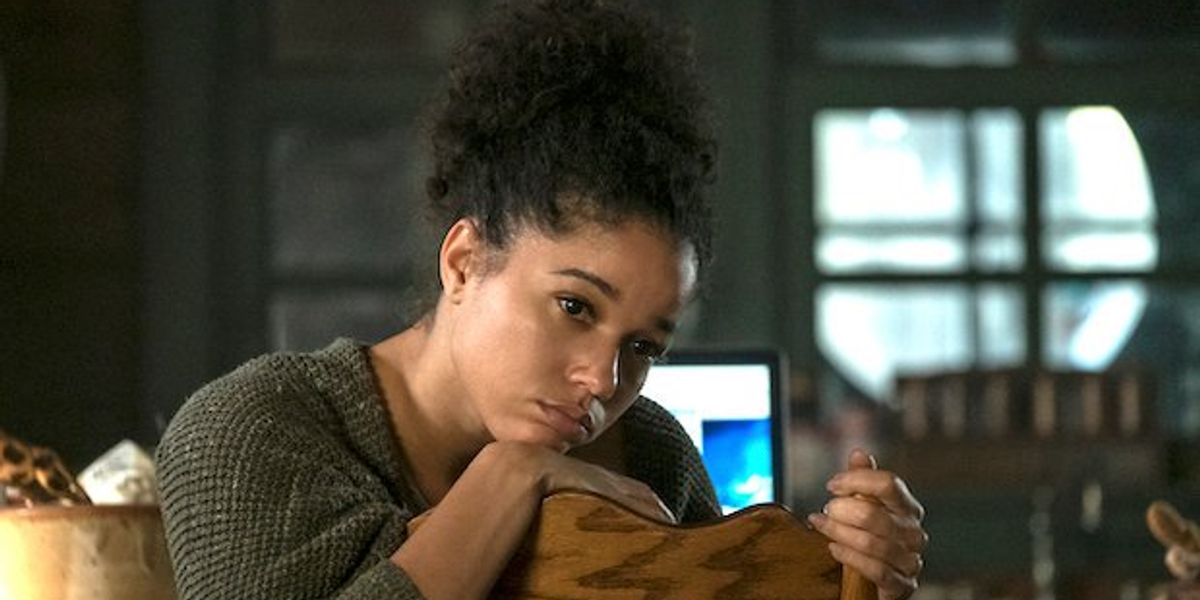 ‘Raising Dion‘ is a unique superhero series as it tells the story of a single mother’s struggles of raising a young boy who has the potential of being the savior of the entire world. Dion’s mother, Nicole (Alisha Wainwright), juggles a host of challenges while looking out for her son’s best interests. The character realistically projects a mother’s anxieties and makes it easier to connect with the narrative.

The second season sees Nicole taking on unprecedented danger to protect Dion and, in the process, she finds herself at the end of the line. Racing against time to secure Dion’s future and finding a way to save herself puts a lot of pressure on Nicole. If you are wondering whether Nicole perishes in the second season, here’s everything you need to know! SPOILERS AHEAD!

What Happens to Nicole in Season 2?

In the second season, Nicole balances her professional life while looking after Dion. She is overprotective of Dion after the incident with Pat in his Crooked Man form. However, she recognizes that Dion is growing up fast and tries to give him some freedom whenever possible. After Nicole learns that Pat is still alive, she warns him not to see Dion. When Pat interacts with the sinkholes opened by the Crooked Energy, Suzanne realizes that the energy levels underground have spiked. Suzanne asks for Nicole’s help in investigating the matter.

While Nicole initially refuses to help Suzanne, she eventually agrees as she would rest easy knowing that she is doing her best to protect Dion. Since the Crooked Man can destroy Dion, Nicole goes to check out the sinkhole. However, while down there, she is attacked by a monster formed by the harvesting process taking place in the sinkhole. The attack infects Nicole, and she starts slowly mutating into monsters like other humans.

After Suzanne learns of the true extent of Nicole’s infection, they realize that Nicole’s condition is dire. If she does not receive the right medical attention, Nicole could mutate into one of the monsters. Pat begins work on finding an antidote to Nicole’s infection and discovers that the superhuman DNA known as P-DNA could theoretically cure Nicole through gene therapy. However, he cannot separate the vital third strand from the main DNA. The research makes a breakthrough after Janelle helps in separating the strands.

Nonetheless, the antidote is imperfect and won’t cure Nicole. However, it will stop Nicole from mutating. Nicole receives three vials of the imperfect antidote to keep her alive for another 36 hours. In the end, Nicole decides to use her last remaining hours to fight Brayden and the Crooked Energy alongside Dion. Dion uses the last vial to defeat the Crooked Energy and, in the process, cures everyone infected with the parasites. Nicole survives and continues to watch over Dion.

For most of the season, Nicole’s death remains a near certainty, but she averts a dire fate by trusting in Dion’s abilities. Killing off the character would certainly not have been a wise move as it would have messed up with the show’s aesthetic that heavily relies on Nicole being Dion’s guiding light in an opportunist and evil world. Moreover, actress Alisha Wainwright (‘Palmer‘) is a series regular, and filling the void left by her performance would have been a significant task in a potential third season. Ultimately, we are glad that Nicole is alive and young Dion doesn’t have to relive the trauma of losing a parent.