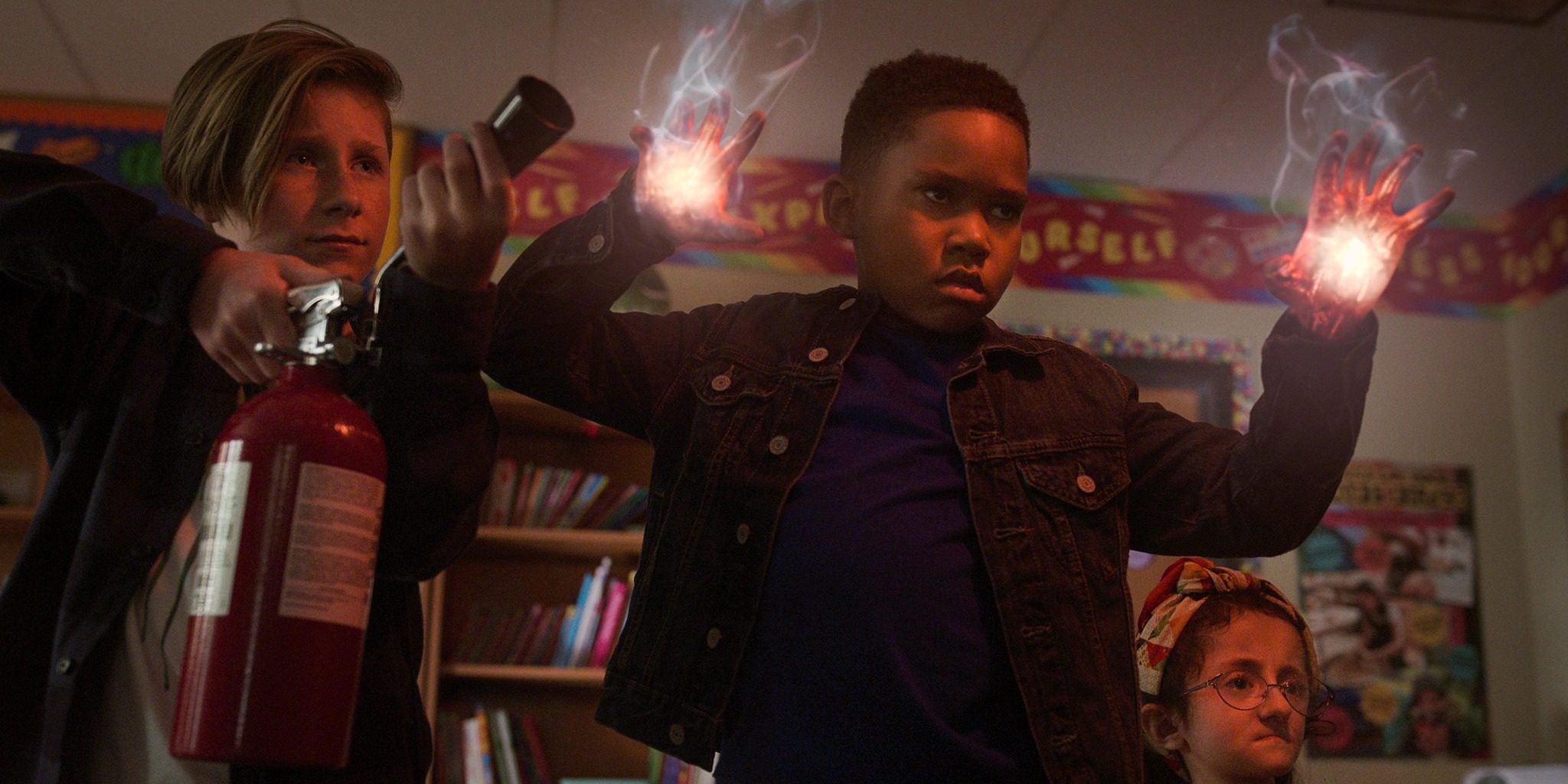 ‘Raising Dion‘ season 2 picks up roughly two years after the high-octane climax of the debut season. The superhero drama series, created for TV by Carol Barbee (‘Dash & Lily‘) continues the story of the titular character and his mother, Nicole, as they continue to adapt to life in the aftermath of the death of Dion’s father. Dion’s superpowers make him a coveted person, and Nicole does her best to protect him while giving him a good upbringing.

The show highlights the importance of mentor figures, friends, and family in shaping an individual’s future. Therefore, the second season becomes hard-hitting by pitting Dion against a nemesis who is practically similar to him but has strayed from the righteous path. A compelling narrative unfolds and leads to a face-off between the two superpowered children. Hence, viewers must be wondering who emerges on top and what price must our hero pay to protect his loved ones. In that case, here’s everything you need to know about the ending of ‘Raising Dion’ season 2! SPOILERS AHEAD!

Two years after Dion and Nicole faced off against Pat in his Crooked Man form and defeated the villain, the mother-son duo is still adjusting to life as a superpowered family. Nicole is protective of Dion, who is gaining more control of his powers with each passing day. With his friends, Jonathan and Esperanza, Dion forms the Triangle of Justice, and the three use Dion’s skills to protect the neighborhood. Dion also attends training sessions at BIONA’s facility to understand and master his abilities. 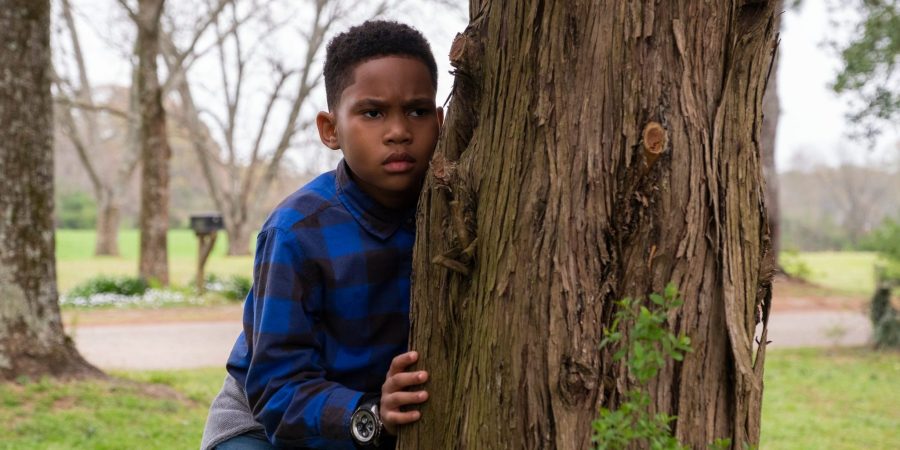 At BIONA, Nicole meets Tevin, a superpowered person and Dion’s new trainer with the ability to create force fields. At the facility, a young girl named Janelle, who is scared of her powers as they destroy everything, is also undergoing rigorous training. Nicole meets and befriends Janelle’s mom, Simone. Elsewhere, the Crooked Energy, now separated from Pat, takes on Brayden as its new host. Young Brayden, like Dion, got his powers from his father. He also witnessed his father getting absorbed by the Crooked Man. Under Crooked Energy’s influence, Brayden makes his way to Atlanta, Dion’s hometown.

Meanwhile, Pat returns to BIONA in his human form and claims to be without his powers. He insists he has reformed and wants to help defeat the new Crooked Man. At BIONA, Suzanne has been tracking a series of sinkholes that opened up across the country. While Suzanne locks up Pat, her associate David Marsh enlists Pat’s help in investigating the sinkholes. The sinkhole reacts to the Crooked Energy that still resides within Pat. Soon, Suzanne and Nicole realize that the sinkholes are harvesting the Crooked Energy and amplifying it to turn humans into monsters. Nicole gets infected by the parasitic beings released from the sinkhole at Dion’s school.

Brayden arrives at Dion’s school, and the two become acquainted. Dion befriends Brayden and learns of the latter’s superpowers. The Crooked Energy begins to push Brayden to fight with Dion and defeat him. Brayden fights Dion but is quickly defeated by the Triangle of Justice. Brayden succumbs to the hate and despair within him, and the Crooked Energy takes complete control of his body. Despite BIONA’s best efforts, Nicole is going to die from the infection and has only a few hours left to spend with Dion. In the final episode, the mother and son decide to team up to defeat Brayden.

In the season finale, Brayden wants to destroy everyone and everything Dion holds dear. He plans on killing Dion’s friends and family, who have gathered at the high school theater for a musical performance put together by the students. Therefore, it is up to Dion to fight Brayden and protect his loved ones. With Nicole’s help, Dion uses his abilities to stop the monsters from heading towards the school. However, the mother and son are easily outnumbered. Reinforcements arrive just in time as Tevin and Janelle intervene and help turn the tide of the battle.

While the quartet holds its own against the monster, they are no match for the Crooked Man, who is stronger with Brayden’s hate and pain fuelling him. In desperation, Nicole appeals to Brayden and manages to get through him. Brayden realizes that his family loved him and would have wanted him to use his powers for good. Brayden succeeds in dispelling the Crooked Energy from his body, and it retreats into the sinkhole. Dion then uses the antidote keeping Nicole alive to destroy the ecosystem created by the Crooked Energy within the sinkhole. Dion’s actions revert all the monsters to their human form. Nicole is saved from certain death, and the mother and son reunite.

Despite her resolve to protect Dion, Nicole realizes that her son’s destiny is to become a hero and save everyone. Therefore, she willingly allows Dion to take on a dangerous situation by himself. It highlights Nicole’s growing trust in Dion’s powers and herself as a guide to Dion on the path of the righteous. The ending also highlights Dion’s growth as he goes from using his powers as the first option to the last resort. Instead of using his powers to stop Brayden, Dion empathizes with his peer. Ultimately, Dion’s actions inspire Nicole to stop Brayden by appealing to his humanity.

Is Pat Alive? What Happens to the Crooked Energy?

Pat spends much of the second season trying to prove to Suzanne and Nicole that he has reformed. He insists that the Crooked Energy used his ill feelings and turned him into the Crooked Man. He isn’t inherently evil and wants to help catch the new Crooked Man, aka Brayden. Pat later begins working on discovering the antidote for Nicole’s infection. Although Pat uses P-DNA to create a temporary cure, his efforts are insignificant. Therefore, Suzanne decides to lock up Pat in a cell. 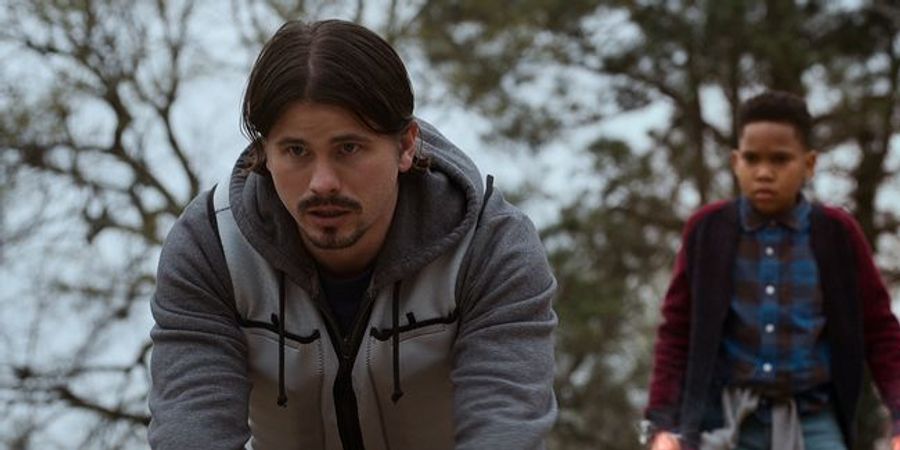 Pat injects all the available P-DNA into his body and suffers from an overdose. Despite the best efforts of the doctors, Pat seemingly dies. However, in the final moments, it is revealed that Pat’s body was merely evolving and adapting to the various strands of superhuman DNA. Pat is alive and more dangerous than before as he now has control of every superpower known to BIONA. Not only that, but Pat also proves that he is not reformed as he breaks out of his containment and threatens to kill Suzanne and Kat.

Elsewhere, while the Crooked Energy is defeated and left without a host, it isn’t nullified. As Dion’s father, Mark, warned the young superhero in the first season finale, energy can neither be created nor be destroyed. It can only be changed from one form to another. This transference of the Crooked Energy occurs when the sentient evil arrives at BIONA to bond with Pat. Pat willingly allows the Crooked Energy to consume him and becomes the Crooked Man once again. This time around, Pat possesses more superpowers than before and has resigned himself to the dark side. Therefore, he is the perfect host for the evil entity.

The post-credit scene is evidence of the same. The scene — set in the future — showcases Pat using an army of superpowered humans to destroy Atlanta. He is dressed in a black outfit that makes him a menacing parallel to the iconic villain Darth Vader. Moreover, Pat being Dion’s Godfather makes the parallel even more powerful. The scene ends with an older Dion arriving to stop Pat. Thus, the stage is set for round two between Dion and his mentor.