Fatherhood: Everything We Know 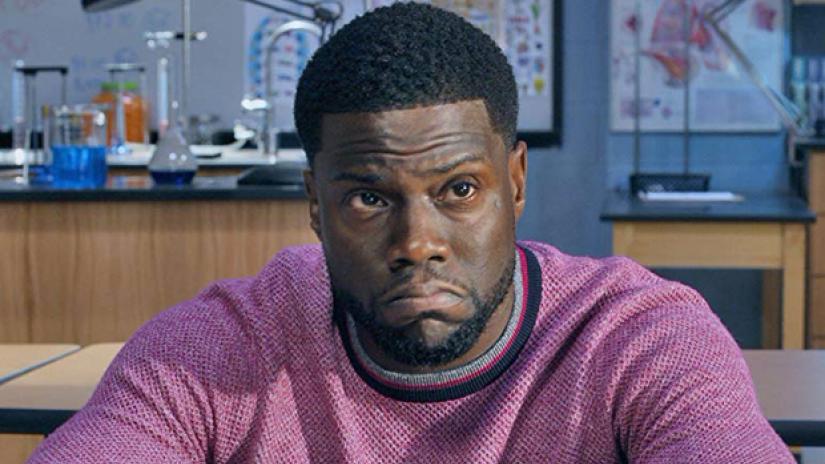 Single-parenting is arguably one of the most emotionally challenging things out there. One is required to not only support their child but also support themselves and their living without the monetary or emotional support of a partner. It definitely gets harder seeing the child grow and wanting to share the milestones of their life with someone else. The upcoming movie, ‘Fatherhood’ tackles the theme of single parenting from a refreshing perspective.

Such struggle has been comprehensively represented in movies. However, it is single mothers who are represented the most since parenthood is generally associated with the female gender and femininity. Moreover, fathers also have a bad reputation of deserting the family. This notion has also become stereotypical for African-American fathers. However, as mentioned below, the movie’s casting choices imply that it will seek to smash this stereotype.

Battling such stereotypes, ‘Fatherhood’ is a movie about single fathers. It promises to be genuinely heart touching because it is based on a memoir of an actual father: ‘Two Kisses for Maddy: A Memoir of Loss and Love’ by Matthew Logelin.

‘The Pursuit of Happyness’ is a movie with a similar theme, although it focuses more  on the protagonist’s financial struggle to be able to meet his son’s requirements. That being said, it is simple, sentimental and extremely inspiring. That is exactly what ‘Fatherhood’ might intend to be, given its premise. Hence, one can expect a lighthearted but motivational flick that sheds light on the importance of family.

Fatherhood Plot: Everything You Know

The movie follows Matt who loses his high school sweetheart and wife, twenty-seven hours after giving birth to their daughter. Instead of losing to grief and devastation, Matt decides to devote his life towards being a responsible father to the newly born infant. The tale follows his bittersweet and often funny anecdotes of his marriage to his wife, his reliance on his daughter and the supportive online strangers that become his friend.

If the movie manages to convincingly portray the latter, it will be refreshing to see online strangers being shown in a positive light. Haven’t we had enough of watching stories about cyber bullies?

Fatherhood Cast: Who is in it?

The movie stars Kevin Hart in the leading role as Matt, the single father who lost his wife a few hours after the birth of his daughter. The American stand-up comedian and actor replaced Channing Tatum who was initially going to star in ‘Fatherhood.’ Hart is known for multiple comedy movies like ‘Central Intelligence,’ ‘Ride Along’ and ‘Grudge Match’ that have solidified his position as a leading comedy star. He was named in the 100 most influential people in the world by Time magazine in 2015. While he is rib-tickling and hilarious for certain, he has not yet proven his mettle in handling more serious themes. It will certainly be interesting to watch him do that. Given Hart’s talent though, we have no doubt that he will give it his best shot and who knows? We might get to see him do more versatile roles if he manages to pull off this one convincingly.

Alfre Woodard plays a character named Marian. The American actress has appeared in notable movies like ‘Star Trek: First Contract,’ ’12 Years a Slave’ and ‘Down in the Delta.’ She has won the Primetime Emmy award four times for ‘Hill Street Blues,’ ‘L.A. Law,’ ‘Miss Evers’ Boys’ and ‘The Practice.’ She is also a part of ‘See,’ the Apple TV+ dystopian television series and voiced the character of Sarabi in the 2019 movie, ‘The Lion King.’

Melody Hurd plays the role of Maddy, the daughter. Anthony Carrigan, the American actor plays the character of Oscar in ‘Fatherhood.’ He is prominent for playing Victor Zsasz in the television series, ‘Gotham’ and NoHo Hank in ‘Barry.’ He was nominated for a Primetime Emmy award for the latter role.

Lil Rel Howery, the American actor and comedian is also a part of the movie’s cast. He is known for playing Robert on the American sitcom, ‘The Carmichael Show’ and a TSA officer on ‘Get Out.’ He will also be seen in the upcoming movie, ‘Bad Trip.’

Fatherhood Crew: Who is Behind it?

‘Fatherhood’ is directed by Paul Weitz. He is an American director, producer, screenwriter and actor. He is the executive producer and director of the television series, ‘Mozart in the Jungle.’ He has also worked on movies like ‘American Pie’ and ‘About a Boy’ with his brother, Chris Weitz. TriStar Pictures, HartBeat Productions and Temple Hill Entertainment have produced the movie while it is being distributed by Sony Pictures.

Fatherhood Release Date: When Does it Premiere?

‘Fatherhood’ is scheduled to release on April 3, 2020. We cannot say whether we will get to see another hilarious Kevin Hart flick, this time with a rather mature theme or an experimental role from the actor. Either way, we are extremely excited for it.