15 Games You Must Play if You Love ‘Harvest Moon’

Nothing much needs to be said about Harvest Moon, a widely popular farming simulator with additional role-playing elements that has managed to attain worldwide acclaim ever since its first release back in the year 1997. The game has witnessed numerous installments since then and has also influenced a whole genre of gaming that has borrowed from the mechanics of Harvest Moon. Most adore the game for its laid back nature that allows the player to sit back and relax for hours on end. As stated earlier, Harvest Moon has influenced plenty of games that have each brought something new to the table, so today let us look at the list of games similar to Harvest Moon that are our recommendations. You can play these games like Harvest Moon for ps4, mac, Xbox One, Xbox 360, android, iphone and even online. 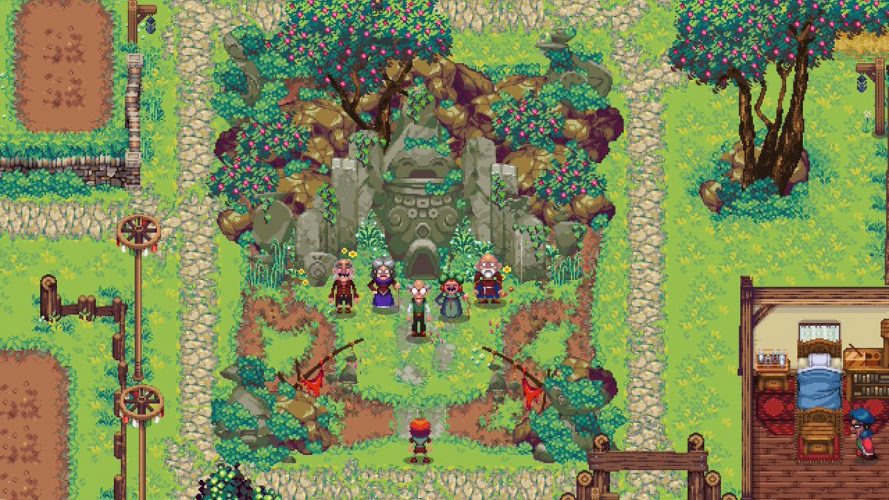 Kynseed takes a whole new spin at the farming simulator genre where you have been given one acorn seed that eventually grows into a family tree. Developed by the same developers who worked on ‘The Fable’ series of games, Kynseed is a wild and fun spinoff of the traditional farming simulator. The graphics and gameplay seems to be pretty similar to that of regular farm sims however the depth and the edgy gameplay is sure to leave an impression on the casual player. The game has been widely acclaimed to be one of the best in the genre so far and hence we urge you to try this one out if farming sims are the game of your choice. 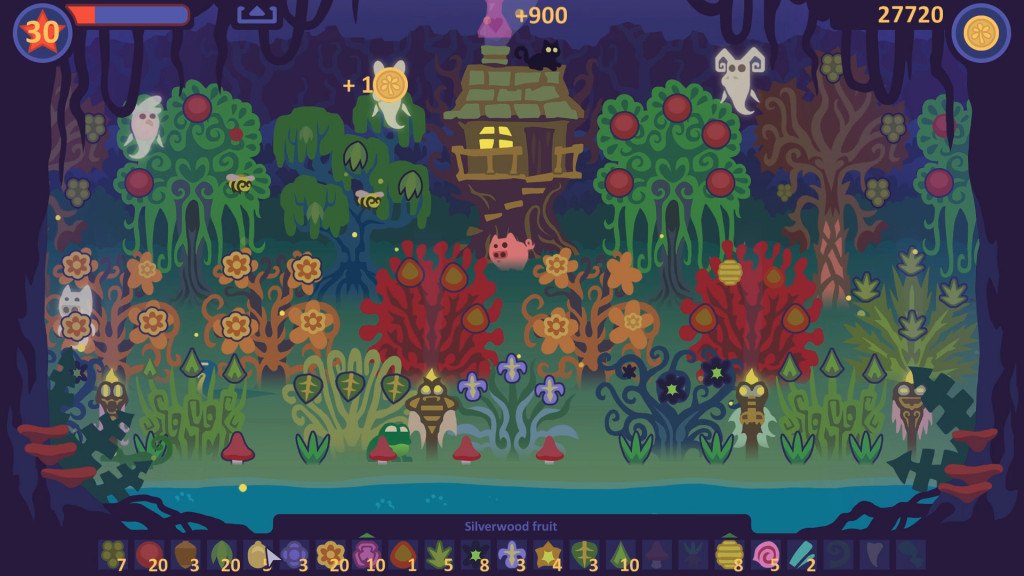 In Voodoo Garden, you can plant magical seeds and watch them grow into plants in your own swamp of choice. However, you are not on your own though. All kinds of kindred spirits and shadows are there to aid you in your quest; however, you need to take care of them in return. Voodoo Garden is a cute little simulator that allows you to grow herbs and plants with magical powers that can further aid you in crafting your delicate potions. If voodoo magic is your thing of desire and you are short on supplies, Voodoo Garden should be your first stop on your way to the market. 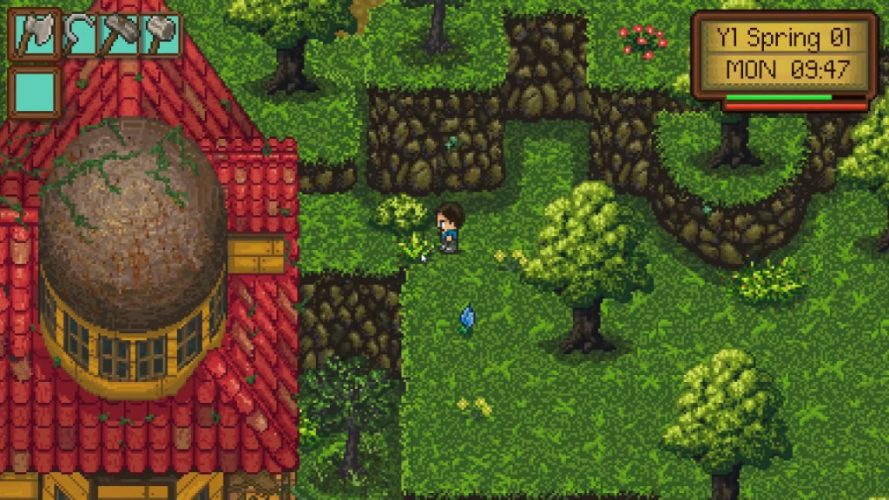 This one’s for the old school lovers out there! Gleaner Heights is a retro take on the classic farming simulators and introduces an in-depth business management into the mix. The graphics are driven by pixels and sprites and has a certain ‘appeal’ to players of old school games such as the first few Zelda games, albeit with a much broader color spectrum. Developed and published by Emilios Studios in the year 2018, the game has generated quite a bit of hype online and has been praised for its addictive gameplay mechanics. 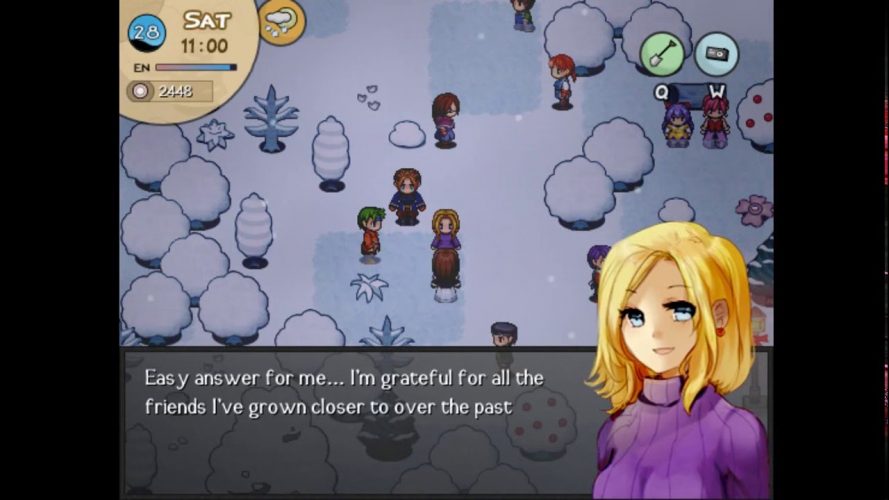 The first look at World’s Dawn will ensure that you fall in love with this game. The graphics are some of the best we have come across yet in a farming simulator and the game manages to draw in audiences through this charisma alone. The change of seasons in the game is beautiful to watch as your crops and farmlife matures along with your relationships in game. All the core gameplay mechanics of basic farming simulators are present, along with some role play elements and business management. The game was developed by Wayward Prophet and released in the year 2016 to major critical acclaim. 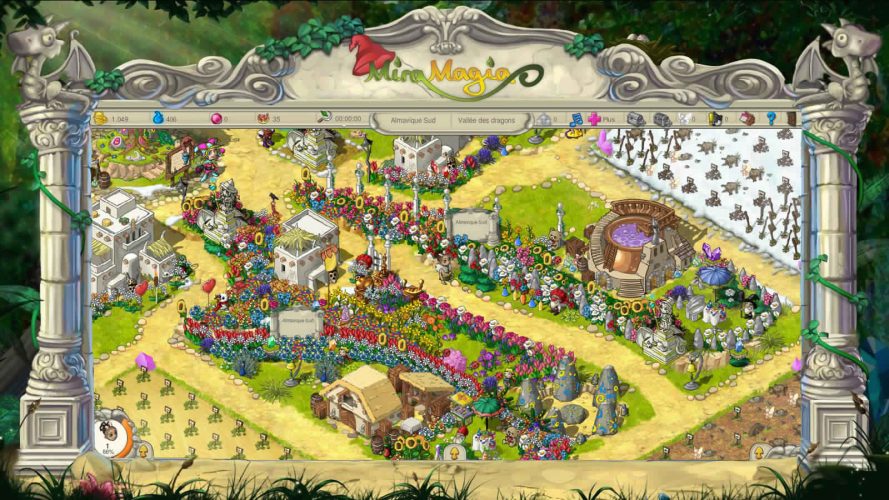 Browser games were all the rage back in the late 90s and the early 2000s right during the time when Harvest Moon became popular so its not a surprise that farming simulators were huge on browsers. Most of the games have died out now but we do see a few decent farming simulators on browsers from time to time. Miramagia is one of these games that seem like a patchwork of Harvest Moon and Rune Factory that makes use of basic graphics in order to keep the game accessible to the masses. The game was launched in 2011 and amazingly still enjoys a decent audience. 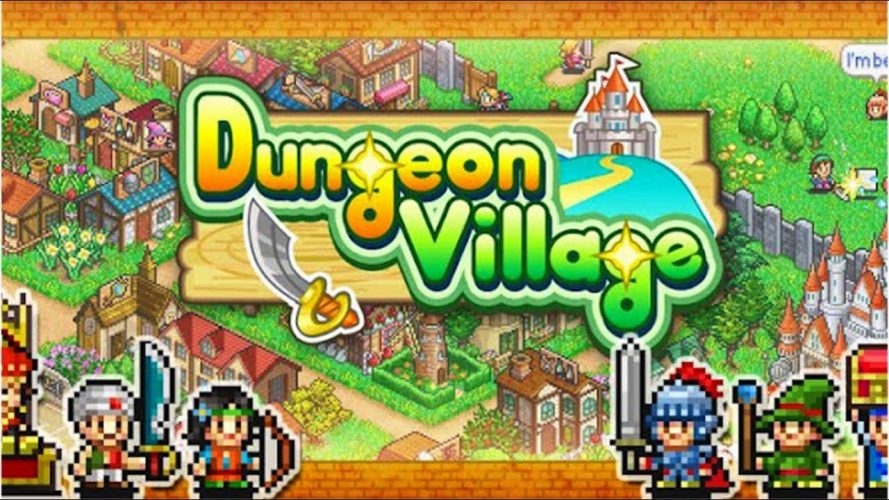 Dungeon Village is a slight variation of the farming sim mechanic where the main aim of the game is to attract civilians into your little hub who will then aid you in defeating monsters. We highly recommend this game to people who love playing farming sims such as Harvest Moon but are looking for something that is a bit different. The game was developed and published by Kairosoft in the year 2012 for the iOS and the android platforms, and in 2018 released it for the Nintendo Switch. 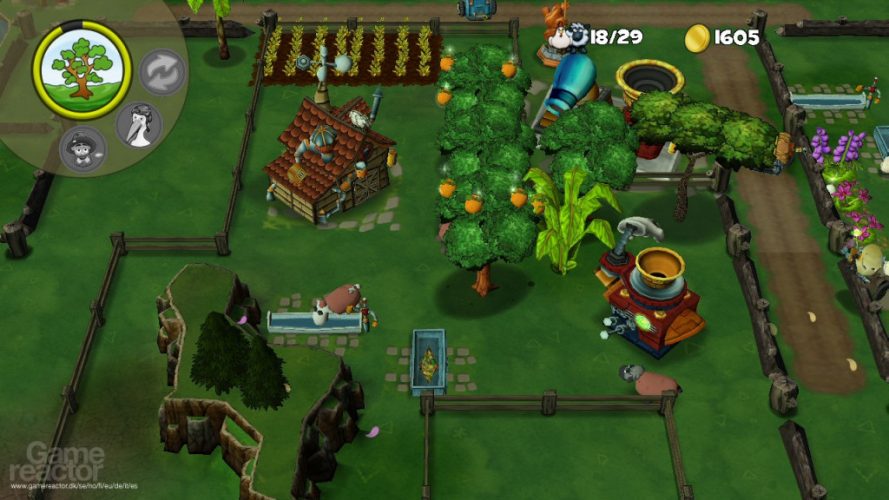 There are very few farming simulators on the Nintendo Wii U and Funky Barn is one of them. The game was developed by Tantalus Interactive and published by Ubisoft for the Nintendo 3DS in 2012 but the game was adapted for the Wii U by 505. Funky Barn allows you to build a farm from scratch and then harvest materials in order to construct machines that can help you develop your farm faster. You need to maintain a balance between selling and buying equipments while maintain your inventory in order to ensure that you don’t go bankrupt. If you happen to own a Nintendo Wii U and would like to try a game like Harvest Moon, then this is one of the few better choices out there. 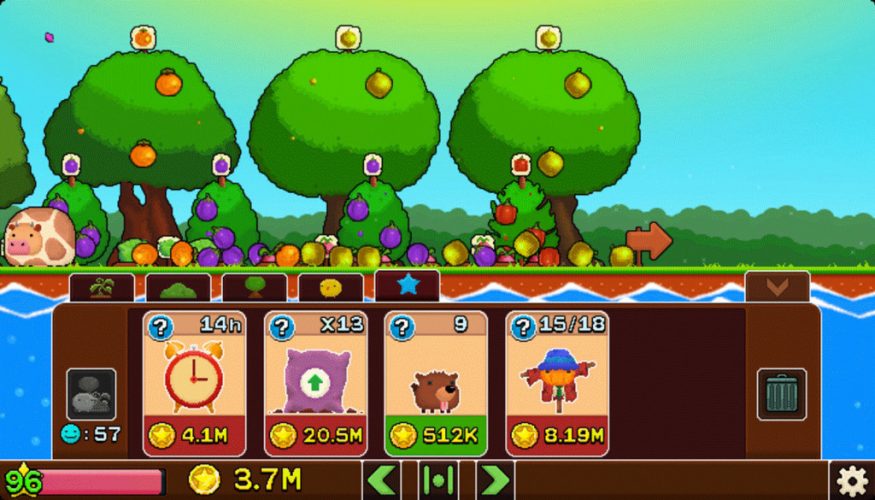 Plantera is a game that manages to blend the gaming mechanics of farming simulators with that of simple 2D platformers and the result is beautiful. The main aim in Plantera is to grow your simple field into a sprawling garden with the help of furry blue creatures that you cant help falling in love with. However, critters will constantly attack your farm and you will need to defend the same in order to progress in the game effectively. The graphics of the game are extremely pleasing to the eye and you will find yourself playing this game for hours on end even before you know it. The game was developed and published by VaragtP on the 28th of Jan, 2016 to major critical acclaim. 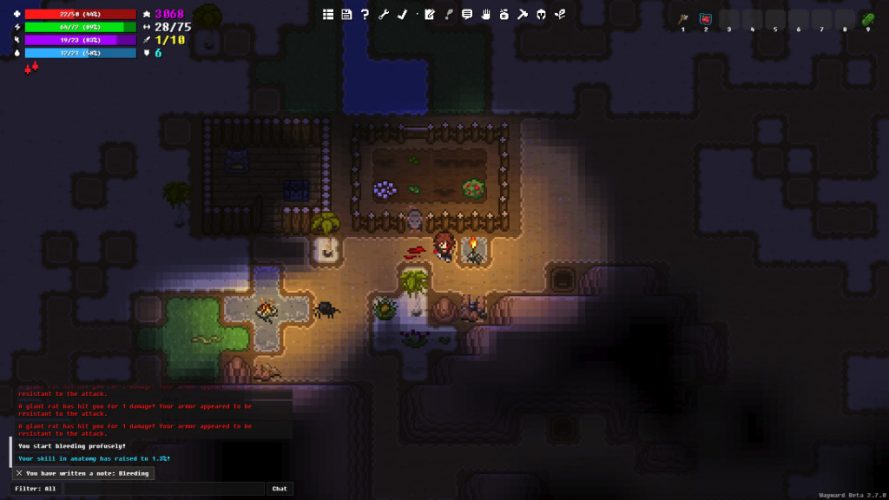 Wayward, as the name suggests, is a bit of everything. The game takes influences from various gaming genres such as farming simulators, survival, resource management and business management sims. Wayward has a roguelike in many aspects where you are rewarded for every chance you take and it makes sure that no two games are the same. The game highly depends on exploration and the interactions between the players and the environment as there are no classes nor are there any level progressions. Wayward was developed and published by Unlok in the year 2016 and has been praised for its open gameplay mechanics. 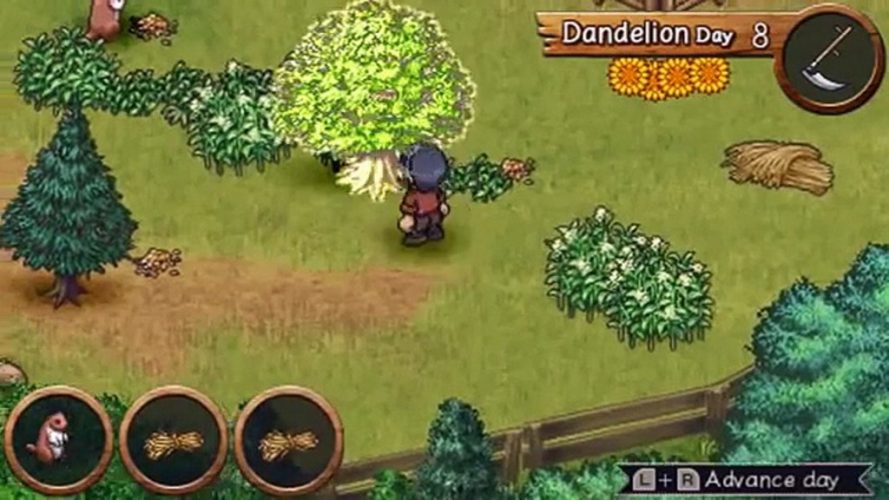 This game has striking similarities with Harvest Moon but also manages to introduce just enough new gameplay aspects so that it manages to distinguish itself. The main aim of the game is to manage and expand your farm while trading and maintaining your resources but the game does also rely a lot on hunting. The management options in this sim are quite in-depth and will require a few hours of proper gameplay in order to understand the most efficient rotations. However, once you get the hang of it, the game becomes extremely hard to put down. 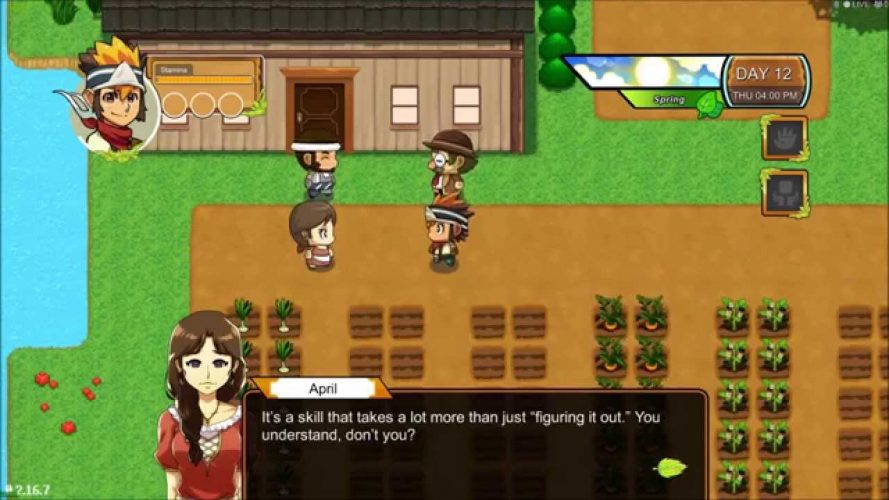 Wild Season is very similar to Harvest Moon but is driven by a story. The game has all the farming mechanics that you would want in a game but an extremely well made story that will keep you hooked for hours. If you are looking for a modern farming simulator but with a bit more immersive experience, then Wild Season will be your best bet. The game was developed and published by Quickfire Games back in 2015. 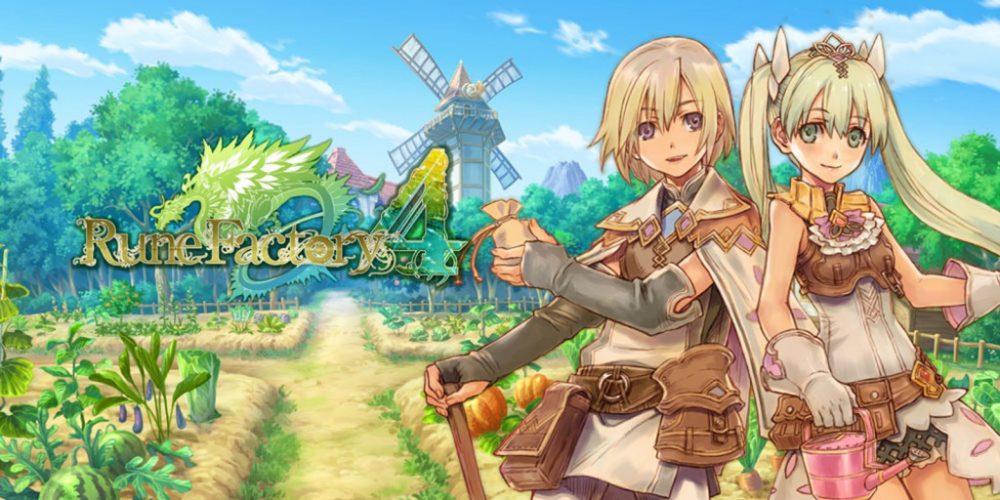 Rune Factory 4 brings back many of those elements that made the Rune Factory series great in the first place. It brings back emphasis on crafting and relationship management, both of which were core to the gameplay of the previous titles. The player is also able to explore dungeons and fight enemies in order to gather experience. The RPG elements of this game are extremely well polished and it is possible for a player to craft every one of their gear right down to the shoes they wear. The game was released for the Nintendo 3DS back in the year 2012 and a Nintendo Switch release has been planned for later this year. 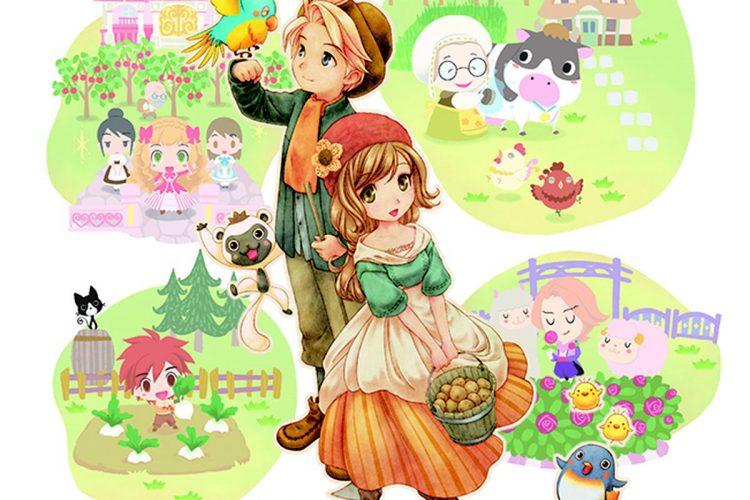 Story of Seasons is one of the best faming simulators out there that manages to capture the essence and feel of an old school farming simulator while providing the modern player with every bit of control one could desire. The gameplay and the user interface are extremely polished and you will find yourself spinning around and tending to your farm more often than not. If you find yourself somehow getting bored, there’s always the lush green countryside to explore and a secluded safari area. We cannot recommend this game enough to fans of the Harvest Moon series and we urge each and every one of you to try this game out. 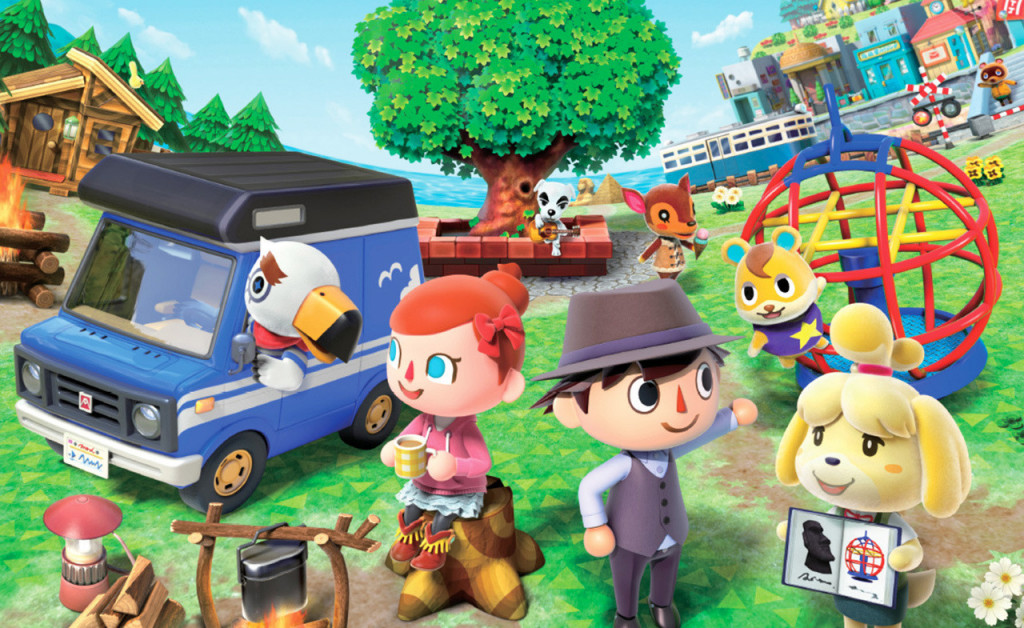 Animal Crossing is one game that appeals to a wide range of audiences and as a result has managed to drive the sales of Nintendo consoles over the years. The game has been continuously praised for its addictive gameplay and the delicate portrayal of characters. New Leaf follows the footsteps of the previous titles where a traveler is mistaken for the town’s mayor. You are now able to take decisions for the town and make choices about investing in new structures and passing new laws. You are also able to interact with the various residents of the town in order to better understand the condition of the town. This can help you take better decisions in the future, so exploring and conversing with the various characters is an important aspect of this game. Nintendo has released one major Animal Crossing game for each of its consoles making this one of the flagship titles for Nintendo. New Leaf was released by Nintendo back in the year 2013 and an expansion for the game New Leaf – Welcome Amiibo was released in the year 2016. 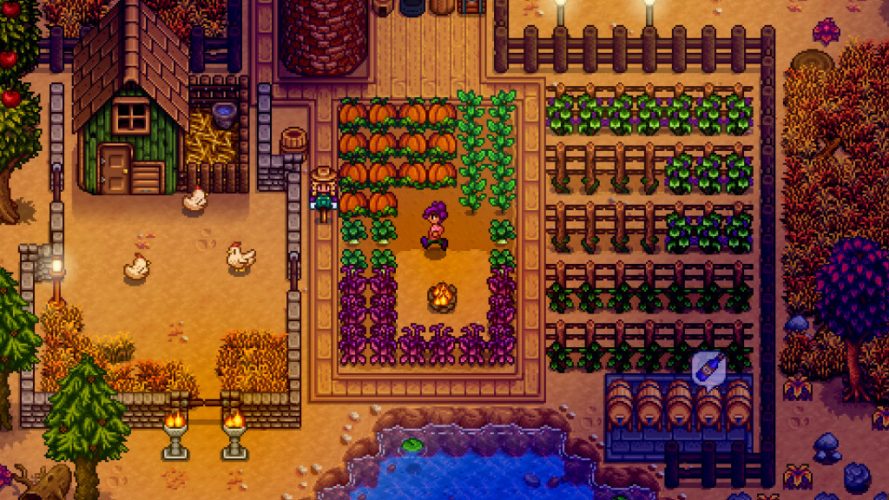 Stardew Valley took everything that’s good about Harvest Moon and perfected it. Lush sprawling fields with catchy old school animations have managed to please the best of critics and the game has been highly appreciated for its simplicity and accessibility. At first glance, it is evident that the game has been heavily inspired by Harvest Moon and the lead developer of the game, Eric Barone has also expressed the same on numerous accounts. There are five premade maps for the game and the player can choose either of them to start their adventure. During the course of the game, the player can explore several dungeons that are procedurally generated and provide the player with valuable loot for digging deeper. Faming and management of resources are also an important aspect of the game and requires trading and selling of resources in order to maintain inventory. The game is available on all leading consoles and is definitely one title you should check out.