Hot Skull Ending, Explained: How Are Murat And Haluk Connected? 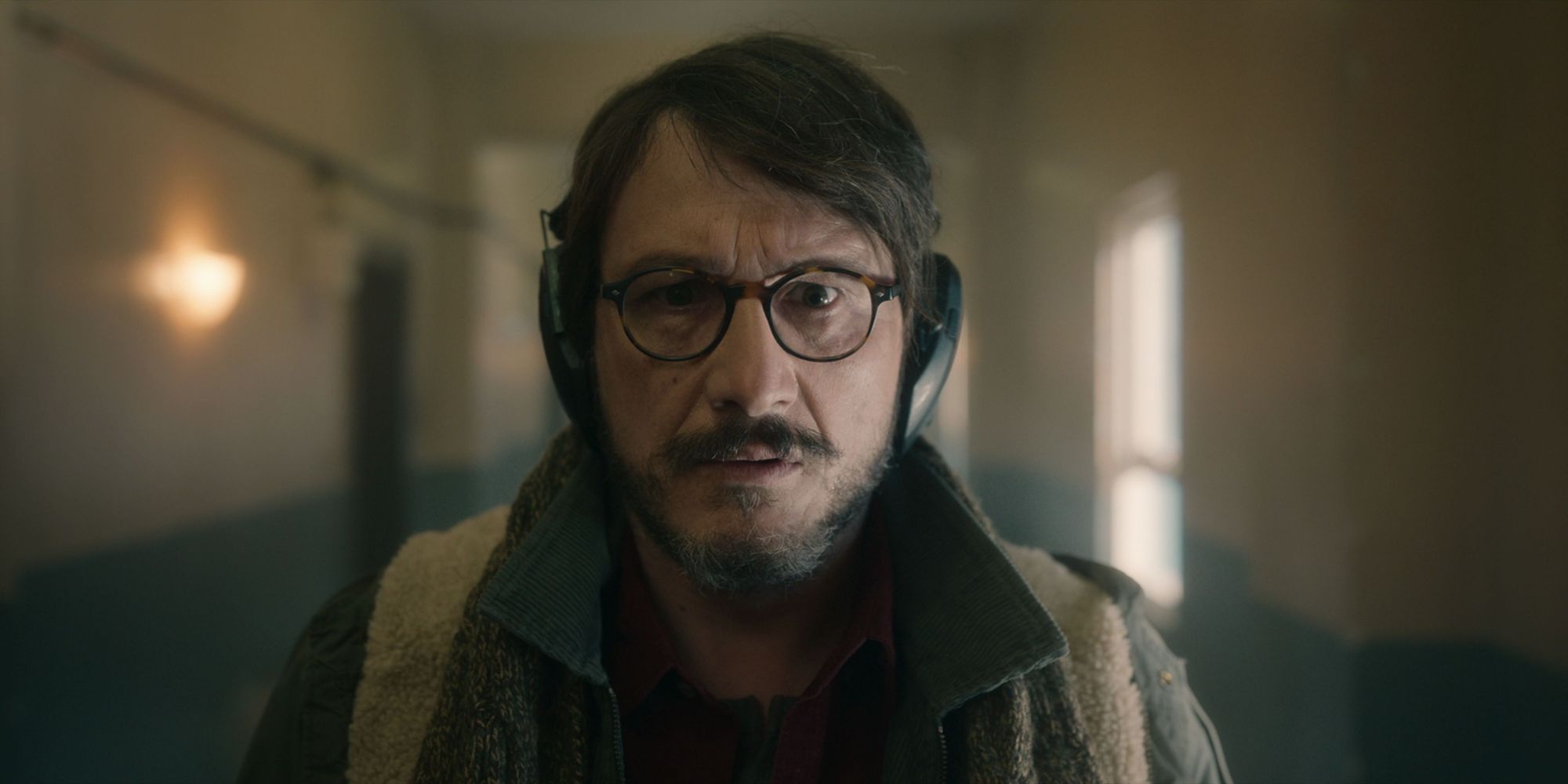 The Turkish mystery series ‘Hot Skull’ is created by Mert Baykal. Originally titled ‘Sicak Kafa,’ the Netflix series is set in a dystopian world where an epidemic has wreaked havoc. Based on the novel by Afsin Kum, the series stars Turkish actors Osman Sonant, Hazal Subasi, and Sevket Çoruh. The ensuing madness and chaos from the epidemic hold significant relevance in the modern world, considering the growing human population and natural threats. The series also highlights the rise of authoritarian organizations that are fatal for the country in hindsight. The ending of ‘Hot Skull’ is riddled with questions and puzzles, and we have the answers you’re looking for. SPOILERS AHEAD!

In the series, Istanbul is fighting two simultaneous battles: one against the disease colloquially known as ‘Jabbering’ and the second against an institution supposedly finding a cure for it. Anti-Epidemic Institution (AEI) seized control of the city eight years ago when the disease first struck. No treatment for the same has been found yet. The medical condition in question is ARDS, spreading through speech and verbal contact. As soon as someone comes in touch with an infected person and hears them speak utter nonsense, they start jabbering too. People have always been advised to wear headphones to protect themselves from the disease. Their survival hinges on the institution’s effort to find a cure. 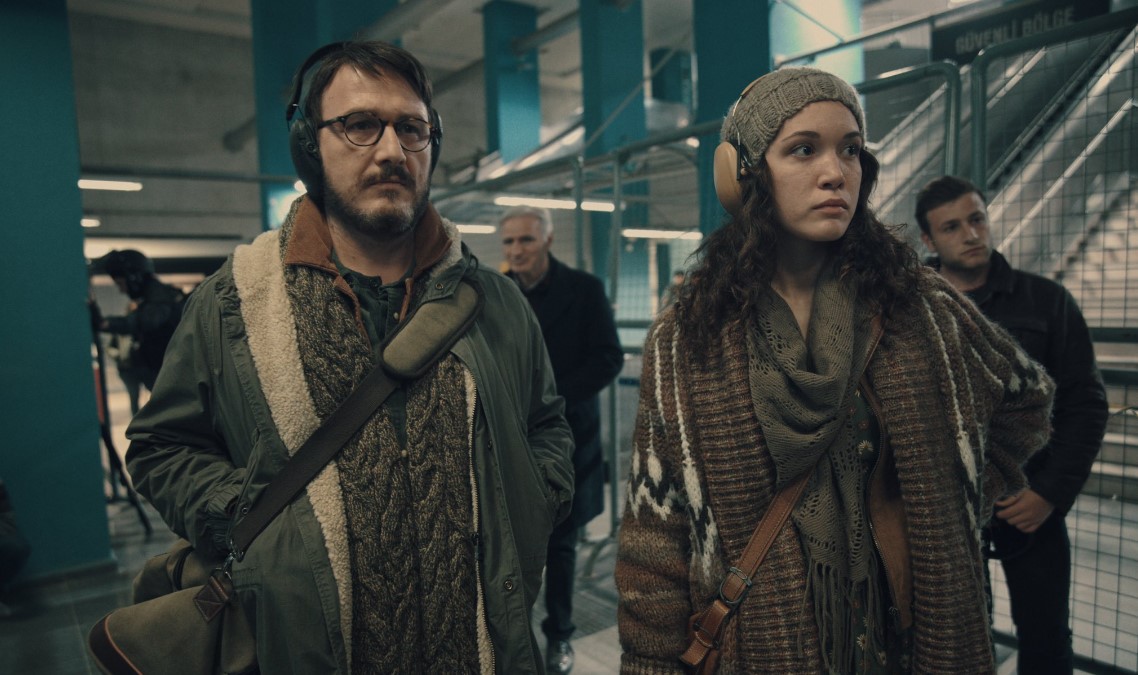 A linguist, Murat Siyavus, is the only hope, as he is surprisingly immune to the disease. However, he has troubles of his own. The scientist who treated him gave him another complication. Whenever Murat comes in contact with an infected person, he does not start jabbering, but his head starts to heat up. The temperature of his head starts rising rapidly while his other body parts remain the same. Other than that, he also experiences hallucinations, daydreaming, epileptic seizures, and synesthetic attacks. Furthermore, his mental activity has been elevated since the treatment. He can remember numbers and patterns better than anyone else and solve intense riddles in seconds.

Three organizations come into play throughout the series. As mentioned before, the AEI is the apex institution that operates under the facade of finding a cure. In reality, its only aim is to keep people under control and maintain an indestructible dominance in the city. To do this, they impose strict restrictions throughout the city and treat ARDS patients worse than animals. AEI isolates the patients away from their loved ones. The second organization is Plus 1, which protests and resists the actions of the AEI.

It is a forum of public opinion that believes in peaceful rebellion. They stand against the cruel actions of the AEI and their treatment of ARDS patients. Another faction within the Plus 1 organization is the Hawk Wing. It believes violence is the only option to crush the AEI and regain control. Özgür treats Murat and mysteriously vanishes after a fire in his lab. Murat has trouble dealing with the symptoms of Hot Skull, as Özgür calls it. He even goes on to say that Hot Skull is worse than Jabbering. Once Murat’s condition gets known to the AEI, a headstrong officer, Anton, goes after him. 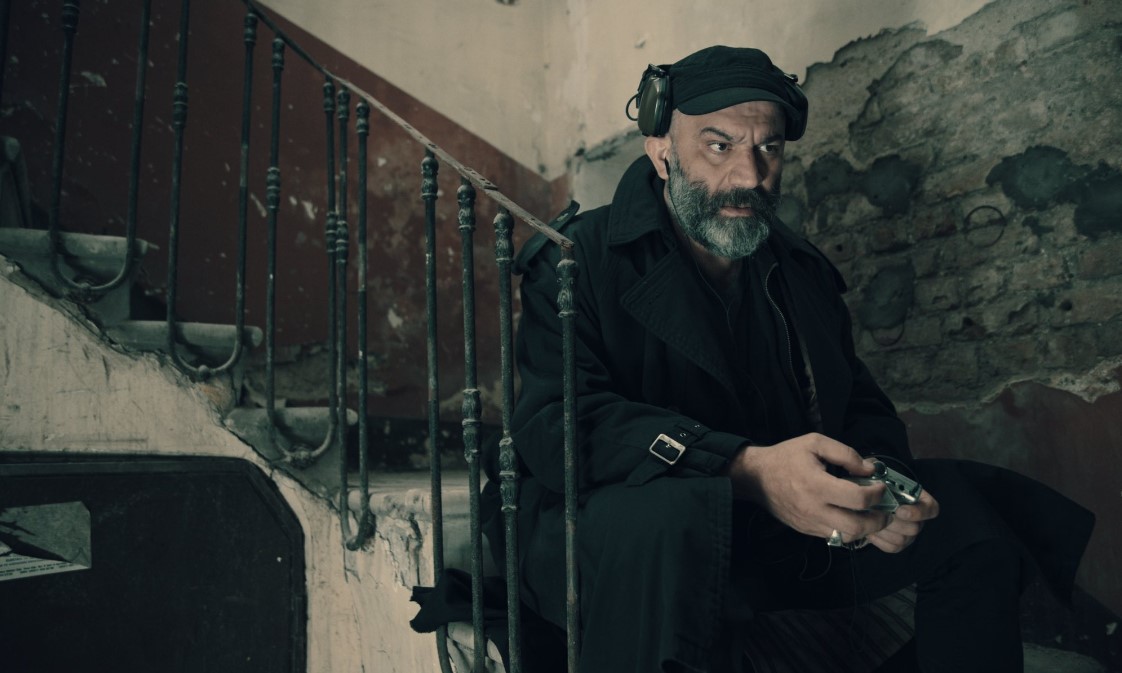 Despite getting direct orders from his superiors not to pursue the case, Anton believes his gut and ventures out to find Murat. It is later discovered that Anton has a family of his own. His wife and child are suffering from Jabbering. He cannot deal with their pain every day. He needs to find Murat so that his family can be cured. Consequently, the head of the Marmara branch, Fazil Eryilmaz, quashes all Anton’s efforts to find Murat. Fazil is only concerned with maintaining his superior position. The series goes on to reveal the extent of his actions only to remain the all-powerful official in the institution.

Even the Plus 1 members hunt Murat for a cure for Jabbering. Sule, a psychology student and research team member, tracks down Murat to get him to the Plus 1 base. The first meeting between Murat and Sule is poetic. Murat feels drawn to Sule the instant he lays eyes on her. As his mother says, Murat has been in a slumber since he got the treatment. He hides in his mother’s house and never goes out. Sule’s presence made him break his sleep and live again. In the fight between AEI and Plus 1, Murat hangs in the balance. He just wants to get rid of the Hot Skull and be normal again, but people’s hopes are attached to the cure now.

Murat and Sule make a deal where Sule helps Murat find Özgür, while Murat promises Sule the cure for Jabbering. The series follows their expedition into quarantine zones and other dangerous places to find Özgür. He is the only one who can cure Jabbering and reset Murat’s Hot Skull. After a tiring series of puzzles and riddles, Yasmine helps Murat and Sule find Özgür. Yasmine is Özgür’s girlfriend, and they have been living in hiding since his lab burnt down. He sells pills and runs a Jabberer arena, where people place bets on the winning Jabberer. Murat is astonished to see such a drastic transformation in Özgür. His friend, who was once a reputed scientist, is now a drug addict with no purpose in life. The series’ third act hinges on Murat’s efforts to get Özgür back on track and help him remember the cure.

Hot Skull Ending: What Is The Connection Between Murat And Haluk?

‘Hot Skull’ brilliantly puts forth the daydreaming sequences of Murat. Every episode begins with a spectacular vision, where Murat is seen battling an abstract element or navigating his way through his physical brain. Daydreaming is a side effect of the Hot Skull treatment. Such sequences offer a clear picture of what’s happening inside the linguist’s brain. Various abstract facets are presented, including the snowdrop flower in the concrete, Murat walking in a maze that turns out to be his brain, the funnel that keeps appearing everywhere, and even him walking on a treadmill that hangs miles above the ground. 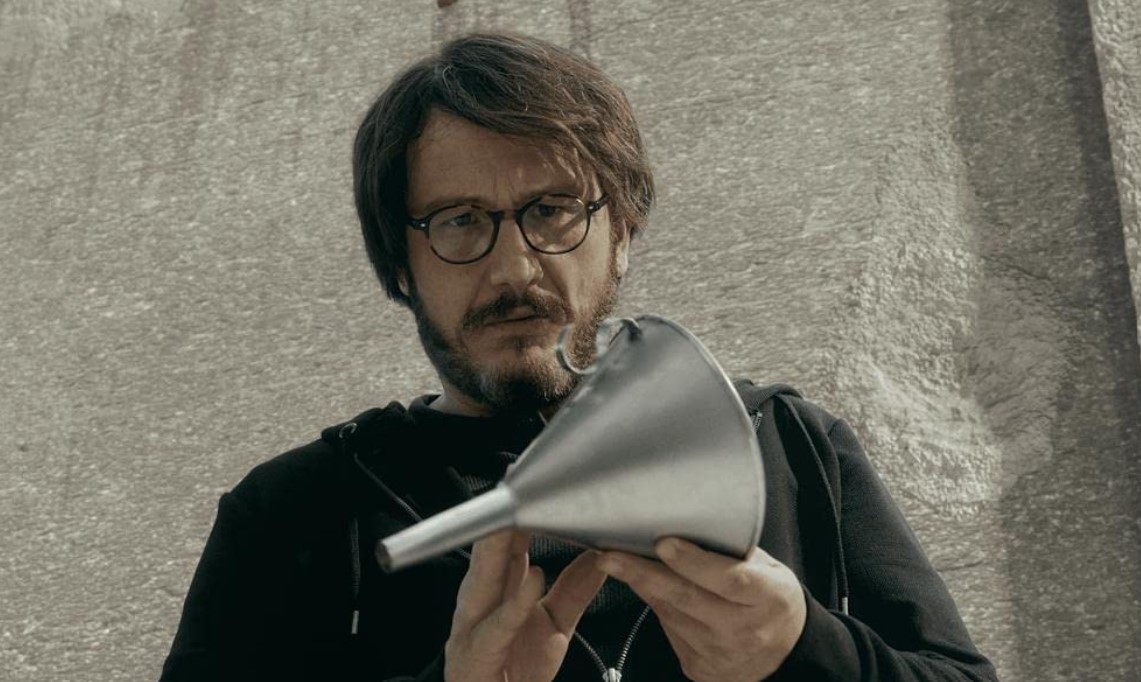 When they convince Özgür to recall the cure, he first suggests a scan of Murat’s brain to see the changes and activity in Murat’s head. Sule and Murat get help from the researchers of Plus 1 and get the scans done at the base. Before that, Özgür wants Murat to face a high-level jabberer so that his brain scans can reveal exactly what changes. This is when we are introduced to Haluk, a level six Jabberer. This means Haluk has complete control over his speech, unlike other jabberers who cannot stop jabbering even if they want to.

After considerable difficulty, Murat finally agrees to see what Haluk can do to him. Surprisingly, they both sit silently in front of each other. However, we see them communicate within their dreams and visions. Even before Murat meets Haluk, he sees the Jabberer in one of his visions. Murat sees Haluk standing in a forest. While Haluk does not utter a single word, Murat feels sensations and understands his consciousness.

One theory suggests that Haluk and Murat might be related by blood. We see Murat’s mother, but we are not introduced to his father in any instance throughout the series. Murat’s father is not even mentioned at any point, which makes us wonder about Murat’s lineage. Haluk could be Murat’s father, who went away when he was little. This would explain them being different from other civilians but being connected to each other. Their genetic makeup would be similar, and they would respond to the disease in ways other than the ordinary public would. Moreover, the disease also conjoined their consciousness so that they could communicate with body language and see each other in their thoughts.

It could also be that Haluk’s Jabbering got intertwined with Murat’s thoughts which got accentuated by Özgür’s treatment. In the course of the story, only Haluk infected Murat with Jabbering. Haluk is one of the first few people who got infected with the disease, and hence his body and brain have had more time to adjust to the implications of the same. Even Özgür hints that Haluk and Murat are somehow connected, and their paths merged somewhere along the way. But owing to his indulgence in drugs, he is unable to clarify it either to Murat or to the viewers.

Why Did The AEI Raid Plus 1?

The real villain in the show is not Jabbering but the head of the AEI Marmara branch, Fazil Eryilmaz. He represents the power-hungry and greedy executives of the modern world. Fazil is the personification of capitalism, making money from people’s misery. He is never bothered by the disease or its effects on the common public. Fazil’s biggest problem in the series is to stay in control and quash rebellious acts against the AEI. 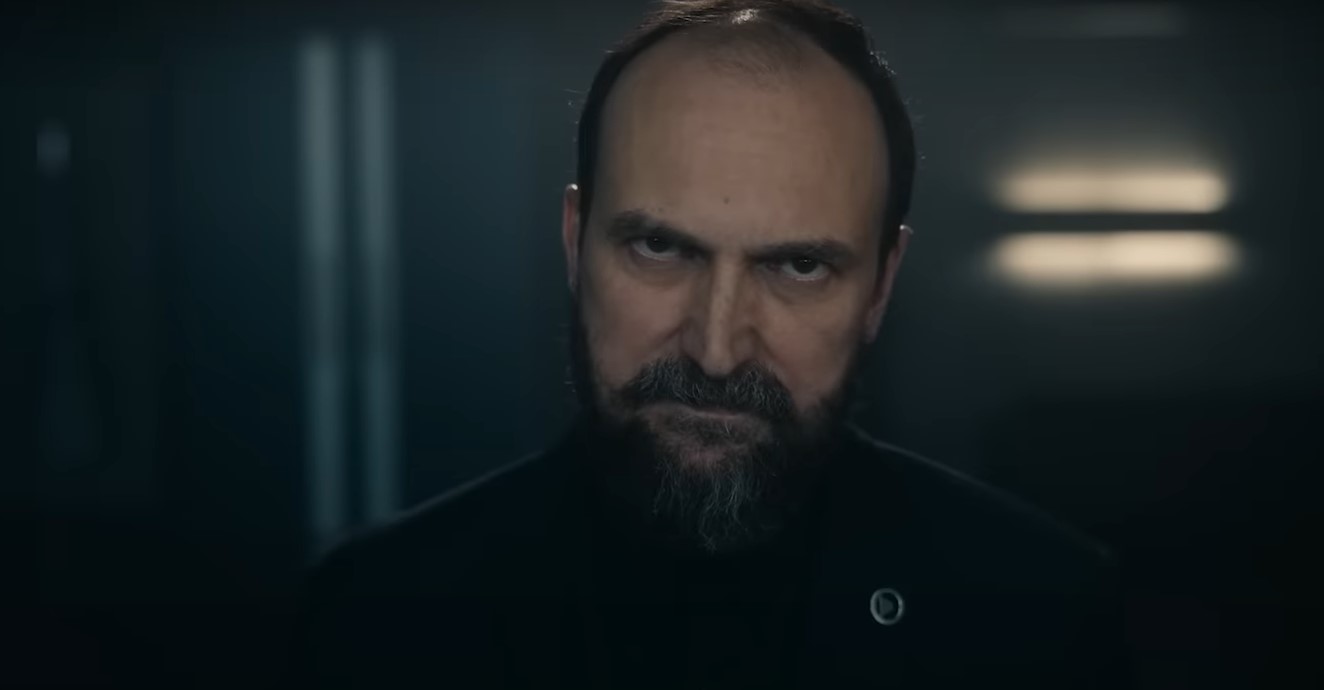 Fazil is very proud of the laboratory being built to find a cure for Jabbering. Throughout the show, he prepares for its grand opening, which falls on the fifth anniversary of the Kocaeli incident. Three years after the outbreak of ARDS, the AEI conducted mass murders of infected patients to clear out areas and protect the uninfected population. They dragged patients out of their homes and threw them behind a wall with no food or water. After this incident, people came together to form Plus 1.

Plus 1 resolves to take out a rally in remembrance of the incident. Initially, Fazil denies the request, but Murat calls Fazil and offers secret intel in exchange for permission to rally. Fazil agrees and approves the rally request. When the rally ends peacefully, Fazil gets the intel about an attack on the new lab. Hawk Wing is behind the attack, which is stopped at the last second. In a shocking turn of events, Fazil’s sinister plans come into play. He blasts the new lab to eliminate his successor and other important officials. Thus, he keeps himself in power and even manages to get full authority to punish the criminals responsible.

Fazil pins the blame on Plus 1. He also has the proof for the same that Murat gave as intel. This puts every member of Plus 1 in jeopardy. They must leave their homes and flee the city to avoid being caught and killed. The whole situation allows Fazil to quash Plus 1 and all its operations. He orders raids on all Plus 1 bases and buildings. With this, he gets rid of the last impediment on his way to becoming the most powerful man in Istanbul.