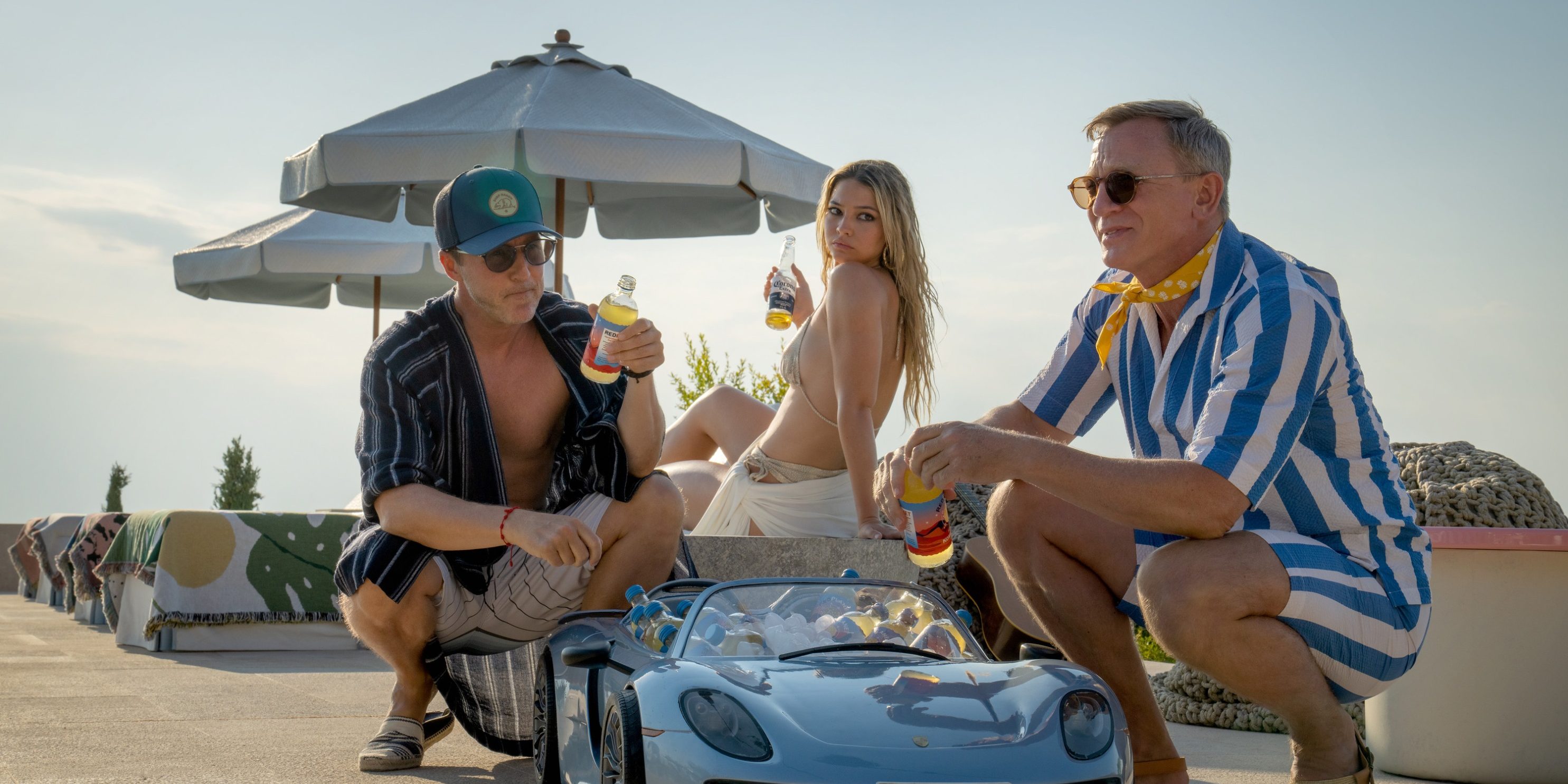 Directed by Rian Johnson, Netflix’s murder mystery film ‘Glass Onion: A Knives Out Mystery’ revolves around detective Benoit Blanc, who investigates two murders upon arriving on a Greek private island owned by billionaire Miles Bron. As a generous host, Miles opens a world of luxury to his guests who include his former business partner, closest acquaintances, and the detective. As Blanc has a good time on the island, Miles gives him a bottle of kombucha, sent by celebrated actor Jared Leto. Leto’s hard kombucha gets featured in the ‘Knives Out’ sequel extensively as one of the major characters finishes the bottles one after the other. If you are intrigued by the drink, here’s everything you need to know about it! SPOILERS AHEAD.

No, Jared Leto’s Hard Kombucha isn’t a real kombucha brand. Although Leto doesn’t own such a brand, kombucha is a real drink. The drink, which supposedly originated in China, is a symbiotically fermented and sweetened black tea drink, renowned for its alleged health benefits. As per reports, a typical commercially-brewed kombucha has around 0.5% alcohol by volume. Leto’s fictional Hard Kombucha has 9% alcohol by volume and Helen, who pretends to be her twin sister Andi to find the latter’s murderer, gets drunk drinking the same.

While Leto’s brand isn’t real, the actor had revealed his love for tea on several occasions. Although the director of the film Rian Johnson hadn’t revealed the origin story of Hard Kombucha, it makes sense that it is owned by a tea person like Leto in the film. The actor was also known for the drinks he usually prefers. After a performance as a part of his band Thirty Seconds to Mars at Camp Mars in 2018, Leto served Seedlip’s non-alcoholic mocktails to friends and bandmates. Since Hard Kombucha is becoming extremely popular, Leto may consider serving the fermented drink next, also as a tea-lover!

In the film, Leto’s Hard Kombucha is only one of the several products used by the billionaire. In addition to the same, Jeremy Renner’s hot sauce named Renning Hot also finds a place in the villa of the tech mogul. Although Renning Hot is fictional just like Hard Kombucha, both drinks establish that Miles is a close acquaintance of several Hollywood celebrities. Considering that it is his fame and influence that makes Miles a significant individual among his friends, these references play a significant role in establishing the character.

Even though the viewers of the film cannot buy Hard Kombucha in real life, they can settle with other bottled kombuchas that are extensively available. These brands include Health-Ade Kombucha, BT Kombucha, GT’s Enlightened Organic Raw Kombucha, etc.

Read More: Is Ana de Armas in Glass Onion A Knives Out Mystery?