Is Lifetime’s Are My Friends Killers? Based on a True Story? Where Was it Filmed? Who is in the Cast?

Directed by Ted Campbell, Lifetime’s ‘Are My Friends Killers?’ AKA ‘Secrets on Campus,’ is a thriller movie that follows a girl named Zoey. She is devastated beyond belief when she learns that her best friend Lauren has passed away due to an apparent heart attack. In honor of Lauren’s memory, her mother, Mrs. Price, offers Zoey the opportunity to attend the same college that the former was a part of, with her paying the tuition. A grateful Zoey accepts the offer and starts at her new college, where she is invited to join an elite campus club called “The Select” by its members, Samantha and David.

Shortly afterward, Mrs. Price checks up on Zoey and reveals her suspicions that The Select may have killed Lauren. Although reluctant, the latter agrees to investigate, but what she discovers may prove fatal to her life. The Lifetime movie has been praised for its cast performances and realistic visual backdrops. Moreover, the storyline has made many viewers wonder if it is inspired by real-life events. If you are one such curious soul, we are here to tell you everything we know about the same.

Is Are My Friends Killers? a True Story?

No, ‘Are My Friends Killers?’ is not based on a true story. Director Ted Campbell and Dick Lowry wrote the movie; this is far from the latter’s first rodeo as a Lifetime movie director, as he has helmed ‘Do You Trust Your Boyfriend?’ and ‘Her Fatal Family Secret.’ While the movie is fictional, several elements in the thriller do seem to be inspired by real life. It starts with a tragedy and how Zoey and Mrs. Price deal with it in their own ways. 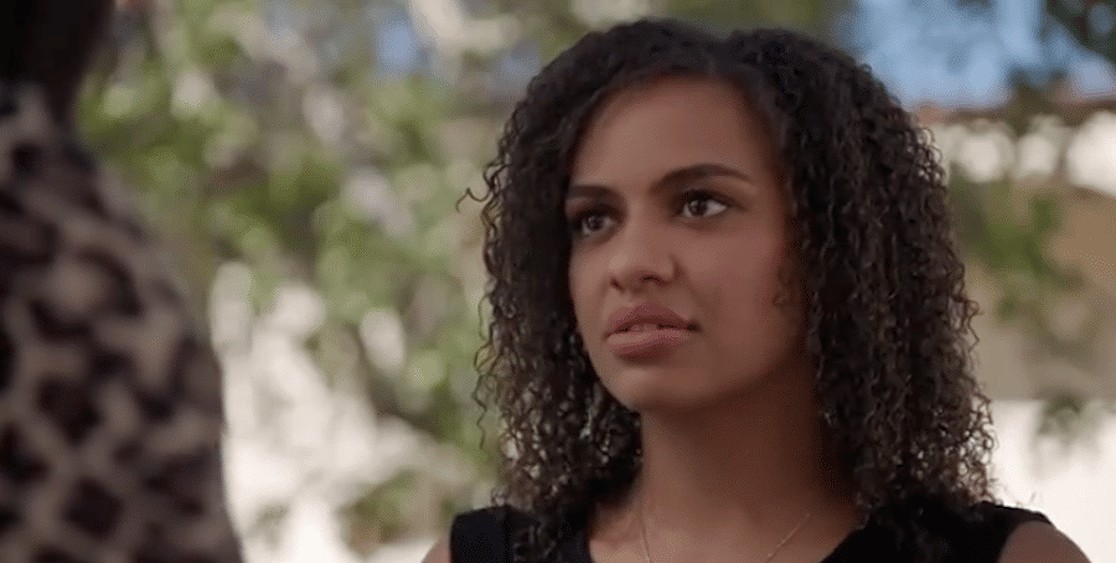 The different depictions of grief strike a chord in many hearts as many viewers can empathize with the feeling of losing a loved one. Another realistic element in the movie is the suspicious nature of the so-called elite club in Zoey’s college. Though most college clubs are meant to encourage students’ minds and skills, there have been incidents where this is not the case.

The cult-like behavior of such organizations, disguised as innocent clubs, may lead to severe consequences for the participants. Not all organizations need to be looked at with a suspicious eye, yet general awareness of one’s surroundings is always crucial. Fictional or not, the incidents depicted in ‘Are My Friends Killers?’ touch upon several topics one can easily trace to real life. The heartfelt grief of a mother over the loss of her child is as heartwrenching as it is realistic.

Furthermore, ‘Are My Friends Killers?’ emphasizes the importance of placing one’s trust in the right people, especially when things seem suspicious. In short, there is something for every person to relate to in the Lifetime movie; despite it not being a true story, it does contain pieces of real life within its folds.

Are My Friends Killers? Filming Locations

‘Are My Friends Killers?’ was filmed in California, specifically in Los Angeles County. The movie’s principal photography occurred in October and November 2021, with Joseph M. Setele in the cinematographer’s chair. Now, let’s explore the details of the places that appear in the thriller movie.

Most of the scenes in ‘Are My Friends Killers?’ were shot at the University of La Verne, located in the city of La Verne in Los Angeles County. Given that a significant part of the Lifetime thriller is set in a college, the university served as a fitting location. The institution is a private university established in 1891, comprising the College of Arts & Sciences, College of Business & Public Management, the LaFetra College of Education, College of Law, and College of Health and Community Well-Being. It also has an online adult school and two military centers.

In addition, a regional Campus Administration oversees six regional campuses from within the university’s main campus in La Verne. Initially, the university was known as Lordsburg College; the name was changed to La Verne College in 1917 when the surrounding town of Lordsburg changed its name to La Verne. The institution still functioned as a college until 1977, when it underwent a restructuring and transitioned to a university. As of writing, the University of La Verne offers undergraduate, graduate, and doctoral degrees.

Several scenes in the movie were recorded in various locations across Los Angeles County, seemingly in Los Angeles as well. The facilities available in and around the city are some of the best in the industry and allow for efficient filming. Some other movies lensed in Los Angeles include ‘Day Shift‘ ‘Top Gun: Maverick,’ ‘Nope,’ and ‘Terminator 2: Judgment Day.’

Are My Friends Killers? Cast

Jalina Brown essays Zoey in the Lifetime thriller. You may recognize the actress from her work in ‘The RoomMates.’ Meanwhile, the talented Cami Storm portrays Lauren in the movie. Storm’s other acting credits include ‘I Want to Thank the Academy’ and ‘Titanic 666.’

Read More: Is Lifetime’s The Bad Seed Returns Based on a True Story? Where Was it Filmed?