Is Lifetime’s Dirty Little Secret Based on a True Story? Where Was it Filmed? Who is in the Cast? 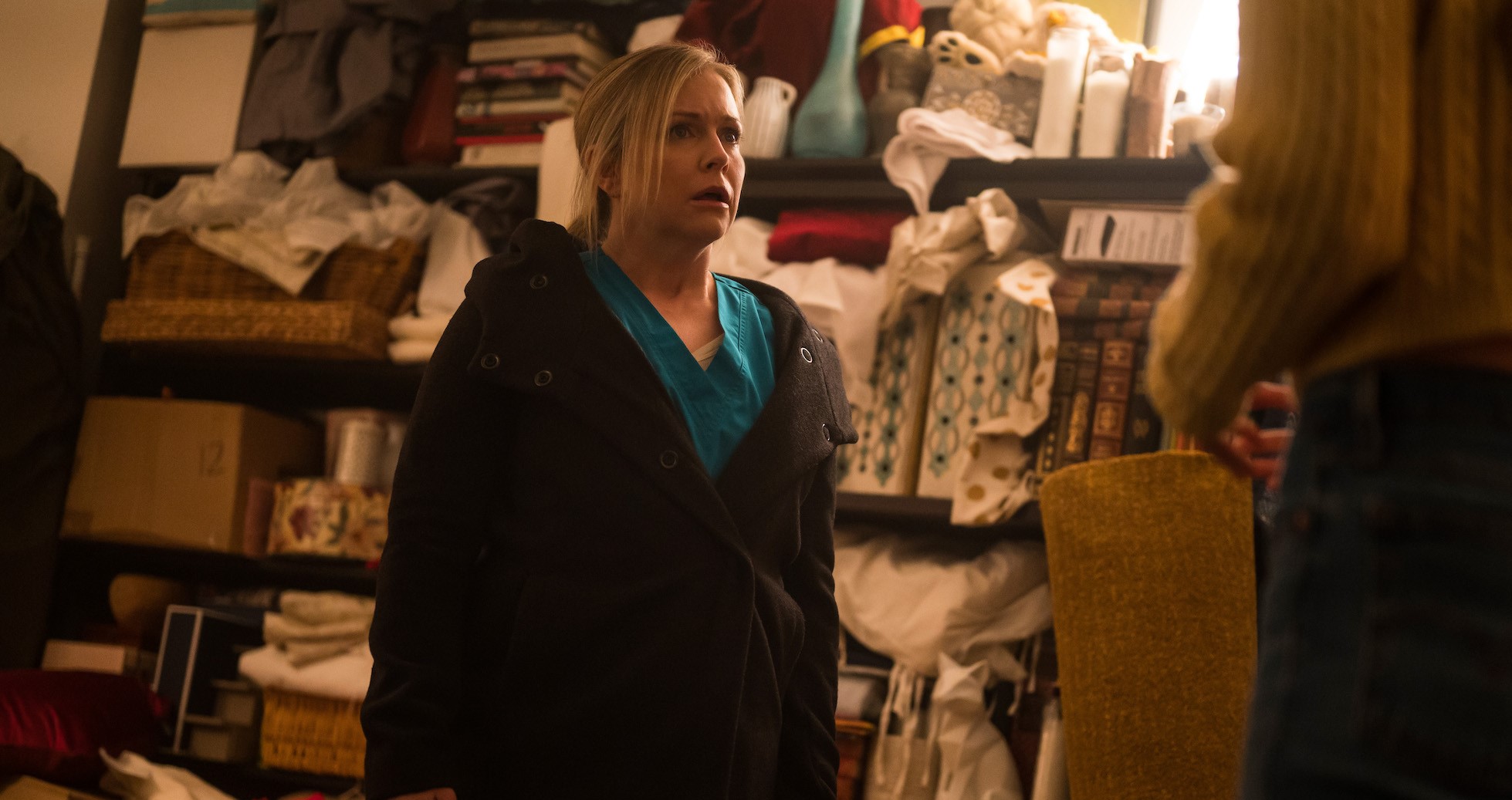 Directed by Linda-Lisa Hayter, Lifetime’s ‘Dirty Little Secret’ is a psychological thriller movie that revolves around 17-year-old Lucy and her mother, Joanna. Sharing a complicated mother-daughter relationship, they don’t see eye to eye as the latter has a severe hoarding disorder but cannot come to terms with it. Meanwhile, Lucy deliberately maintains her distance from her peers to hide her family’s secret. However, she plans her escape to college as she is tired of managing her mother’s condition.

When a tragedy befalls, Lucy must decide whether to keep Joanna’s secret or disclose it to the world. The enthralling narrative is made even more intriguing by using suitable visuals, including the overflowing of different items in every corner of Lucy and Joanna’s house. Moreover, the fact that several people have been diagnosed with or witnessed a hoarding disorder in real life, which begs the question — is the Lifetime movie based on actual events? Well, allow us to share all the details about the film and eliminate your curiosities!

Yes, ‘Dirty Little Secret’ is partially based on a true story. The film is heavily inspired by real-life hoarders and the complexities their habit brings into their lives. Doris Egan, Nancey Silvers, and Annie Frisbie penned the screenplay basing it on C.J. Omololu’s eponymous novel. For developing Lucy’s character, the author interacted with the Children of Hoarders organization to understand the disorder better and further referred to documentaries. Keeping in sync with the novel, the movie explores several prevalent themes, including privacy, family secrets, parental relationships, obsessive behavior, and many more. 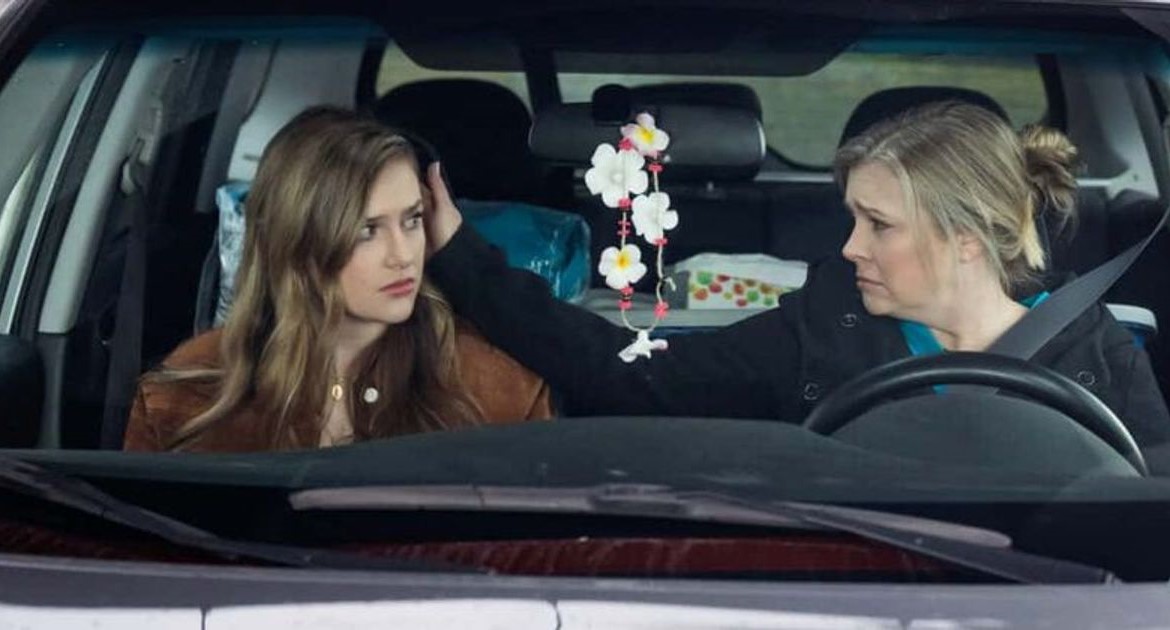 One of the primary purposes of the film is to give the audience a glimpse into a world that is usually hidden from them. This also makes it all the more important as it depicts a real problem of hoarding, which several families likely face worldwide. Hoarding disorder is a condition where the affected person has difficulty getting rid of their possessions because of their perceived need to preserve and save the items; you can learn more about it here! In addition, ‘Dirty Little Secret’ aims to explore the disorder’s impact on the loved ones of those diagnosed with it, especially their children.

To put things into perspective, Melissa Joan Hart (Joanna) revealed the steps she took to get into her character in an interview with Entertainment Tonight in June 2022. “…I worked with a psychologist, I worked with acting coaches and movement specialists to really bring this woman alive and really tell the story properly,” she said. “I really thought this was an important story to tell, but it’s a departure from my usual comedy and what not…I put a lot of sentimental value on things. I remember how much they cost, and they do say that a lot of people that become hoarders are people that grew up with not much, and so they want to hold on to everything.”

Hart continued, “My character, Joanna, pretty much embodies every hoarding thing you can think of. She’s suffered loss, she had OCD, and it flipped to hoarding behavior. She puts monetary value on things as well as sentimental things — all the typical things you would see in hoarding behavior.” Moreover, she even put a lot of effort into her physical appearance to portray Joanna’s mindset better. All in all, ‘Dirty Little Secret’ is not based on one true story but is inspired by several real-life hoarders and the complicated lives they lead.

‘Dirty Little Secret’ was filmed entirely in the Canadian province of British Columbia, specifically in Vancouver and Langley. The principal photography for the Lifetime movie seemingly commenced in February 2022 and wrapped up in March of the same year. Now, allow us to take you through the specific locations that create the settings for the film!

Most of the pivotal sequences for the Lifetime movie were lensed in Vancouver, a major city located in the Lower Mainland region of British Columbia. It is likely that the production team traveled across the city and used a studio’s facilities and suitable backdrops to shoot several scenes. Vancouver’s vast and diverse landscape favors different kinds of productions, which is why it is one of the prominent filming locations in the world. Over the years, many movies and TV shows have utilized the city’s locales for shooting, including ‘Sonic the Hedgehog 2,’ ‘The Adam Project,’ and ‘The Good Doctor.’

Additional portions of the movie were taped in Langley, a city in the Metro Vancouver Regional District. It lies east of Surrey and is intersected by the Nicomekl River, which flows East to West. Langley is studded with beautiful parks, such as the Douglas Park in the downtown area, where several events are held throughout the year. Apart from this, the city is known for its talented baseball teams and renowned sports stars. The hit TV shows ‘Supernatural,’ ‘The X-Files,’ and ‘Riverdale‘ were also filmed in Langley.

Melissa Joan Hart portrays Joanna in the ‘Dirty Little Secret.’ She is well-known for starring in shows such as ‘Clarissa Explains It All,’ ‘Sabrina the Teenage Witch,’ ‘Melissa & Joey,’ and ‘No Good Nick.’ Her other credits include ‘Drive Me Crazy,’ ‘Nine Dead,’ and ‘God’s Not Dead 2.’ In addition, Lizzie Boys essays the role of Joanna’s daughter Lucy in the Lifetime film. You may recognize her from her performance in ‘Nancy Drew,’ ‘Dead Shack,’ and ‘Firefly Lane.’