Is Lifetime’s Driven to Murder Based on a True Story? Where Was it Filmed? Who is in the Cast? 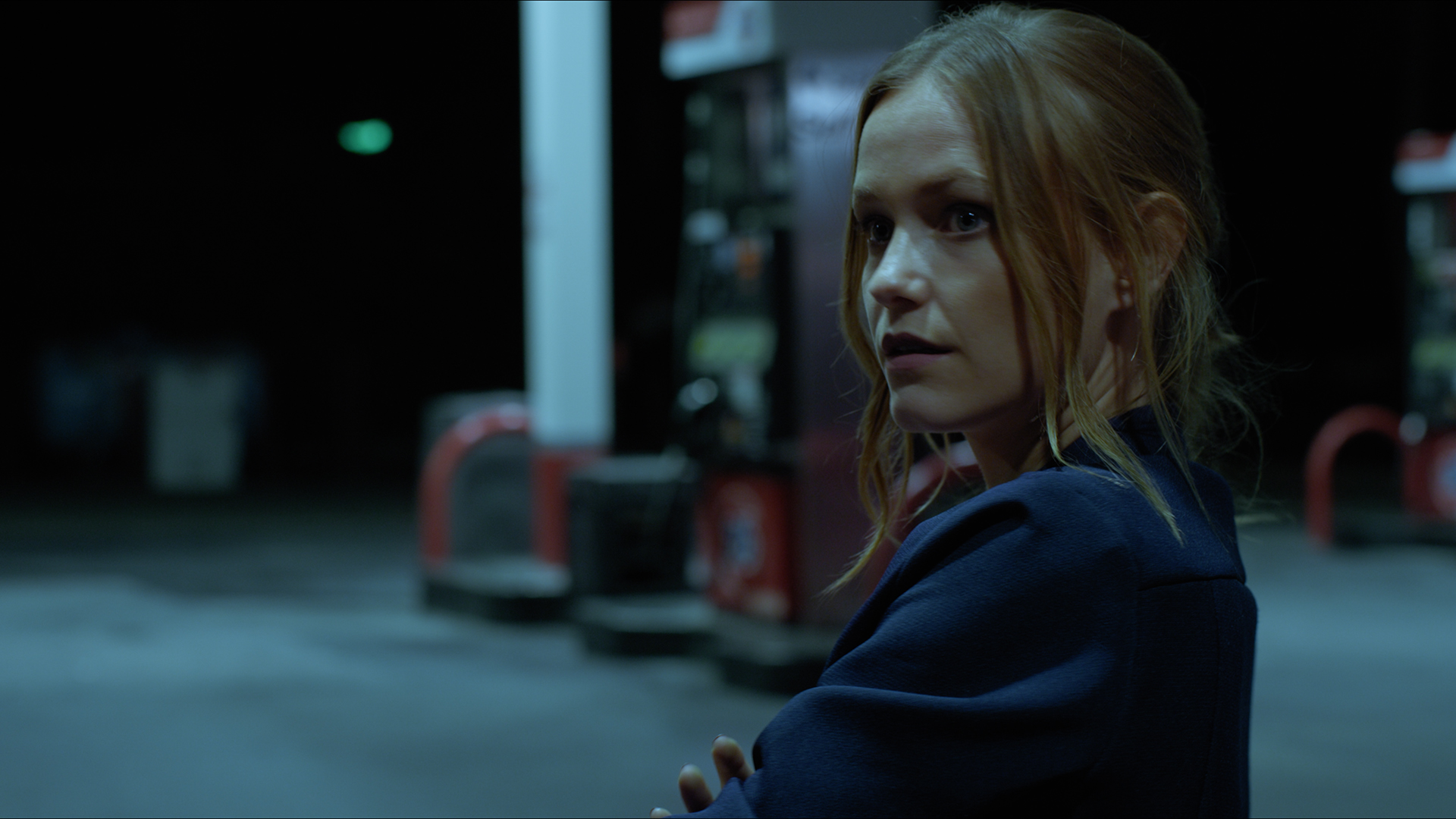 Lifetime’s ‘Driven to Murder’ is a suspense thriller film that revolves around a young woman named Sarah, who ends up in the backseat of a murderer after her late-night request for a ride home. Things take a violent turn when her rideshare driver runs over a homeless man and blames Sarah for the murder. Following the frightening actions of the driver, she finds herself another rideshare and escapes the situation. But after another accident, Sarah finds herself trapped in the psychopathic driver’s web of lies. So, she must fight for her survival.

Helmed by Collin Everett, the narrative is enriched with some dramatic visuals, complementing the suspenseful mood of the Lifetime film. This is bound to keep you guessing about the locations that appear in the movie. Furthermore, ‘Driven to Murder’ touches upon some realistic themes of deceitfulness and murder, which begs the question if the thriller movie is rooted in reality or not. If you have all these questions in mind, you might be interested in what we have to share.

Since a significant number of Lifetime films are lensed in and around Los Angeles, California, it is safe to believe that ‘Driven to Murder’ was also lensed in the region. After all, California is considered to be a prominent production site for Hollywood, thanks to the picturesque locations that the state offers. The principal photography for this Lifetime thriller seemingly took place in early 2022. Now, allow us to take you through the specific places that appear in the suspense movie!

The production team of ‘Driven to Murder’ seemingly utilized several sites across Los Angeles as the narrative is set in suburban LA. Popularly known as the City of Angels, it is not only home to luxurious private residences, posh neighborhoods, and gorgeous beaches, but it also has various major film studios. All these features make the city a nucleus of the filming industry as it is frequented by a large number of filmmakers.

When it comes to the production studios in LA, most of them are so well-equipped that they can stand in for almost any location around the world, be it a town or city in the United States or abroad. The Southern Californian metropolis is home to iconic film studios, including Walt Disney Pictures, Warner Brothers Pictures, Universal Pictures, and many more.

Over the years, many filming projects have made the most of what Los Angeles offers. Some of the well-known TV shows and movies that utilize the diverse landscape of LA are ‘Moon Knight,’ ‘The Flight Attendant,’ and ‘King Richard.’

Lucía Guerrero portrays Sarah in the Lifetime thriller. You might recognize the Spanish-born actress from ‘Money,’ which marked her first American project. She plays the lead role along with other big names in Hollywood. In addition, Adam Blake essays the character of Jason, the driver who lands Sarah in deep trouble. The actor and producer has been involved in several projects such as ‘Grown Folks,’ ‘NCIS: Los Angeles,’ and ‘As You Like It.’ Other cast members that play a pivotal role in the Lifetime film are Jessica Buda (Gayle), Ben Flohr (Noah), Michael Kunselman (Officer Reed), Mike Milian (Officer Diaz), Chase Mullins (Matt), and Travis Andre Ross (Daren).

Is Driven to Murder Based on a True Story?

No, ‘Driven to Murder’ is not based on a true story. The suspenseful and seemingly true-to-life narrative is penned by director and screenwriter Collin Everett. Collin stuck to some of the most common elements that one usually sees in suspenseful thrillers, such as murder. However, he was able to come up with a unique narrative. 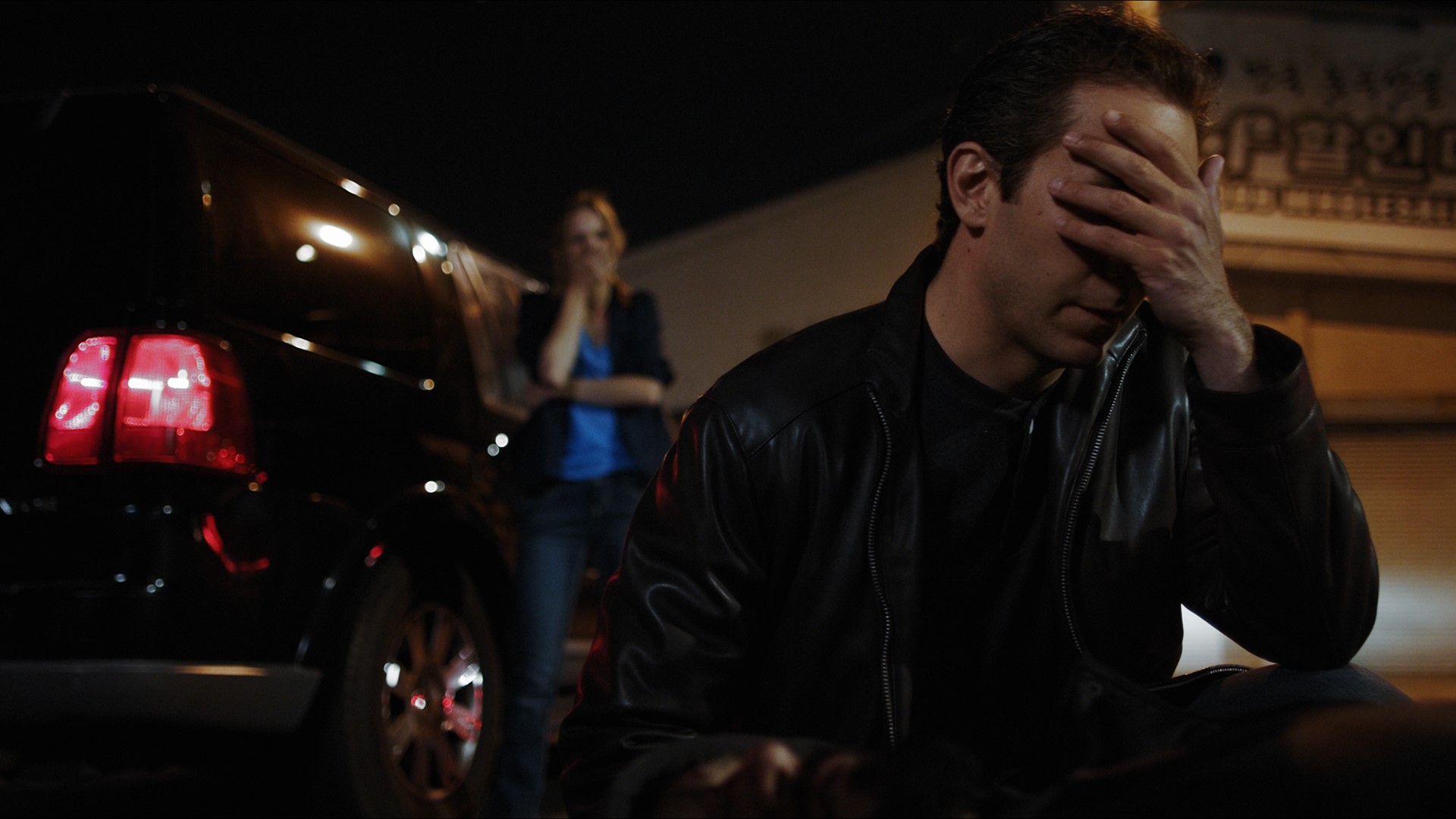 The Lifetime film uses various modern scenarios that have a tendency to play out in real life, such as ridesharing with a strange driver through an app, which almost everyone does these days. But what adds a thrilling twist to the storyline is that the driver turns out to be quite different from anything Sarah could have imagined.

There are several other movies that highlight similar themes as that of ‘Driven to Murder,’ a couple of them being the Quentin Tarantino directorial ‘Death Proof’ and the Robert De Niro-starrer ‘Taxi Driver.’ While the former involves a stranger stalking women in his death-proof car to execute his murderous plans, the latter is about a taxi driver who inclines towards lunacy as the narrative progresses. So, there are a number of films that focus on the possibility of horrifying situations that could happen in real life.

Moreover, the impressive performances from the cast members add a layer of authenticity to the gripping narrative. So, despite having realistic themes and settings, the storyline and the characters in the film are not rooted in reality, as some of you might have thought.