‘Stranger Things’ is one of the most popular shows to come out of Netflix’s arsenal of original content. The sci-fi series with supernatural and horror elements and a period setting filled with 80s nostalgia has kept the audiences engrossed since its premiere in 2016. It has also launched the careers of young actors such as Finn Wolfhard, Noah Schnapp, and Gaten Matarazzo, making them household names.

One such actor is Millie Bobby Brown, who essays the part of Eleven. Brown’s performance has turned her into a highly sought-after talent, and fans are worried that she might be leaving the hit series soon. If you are one of the concerned fans looking for answers about Brown’s future on the show, we’ve got you covered. Here’s everything we know in that regard.

What Happened to Eleven on Stranger Things?

Jane Ives (later Jane Hopper), better known as Eleven, is one of the main characters in ‘Stranger Things.’ She is introduced in the first episode as a young gifted girl with telekinetic abilities. Eleven is being tested upon by Dr. Martin Brenner at a laboratory near Hawkins. She flees from the facility and meets Mike Wheeler and his friends, eventually helping them find their friend Will Byers. Eleven later learns about her past and biological mom. By the end of season 2, she is officially adopted by Hopper and begins dating Mike. 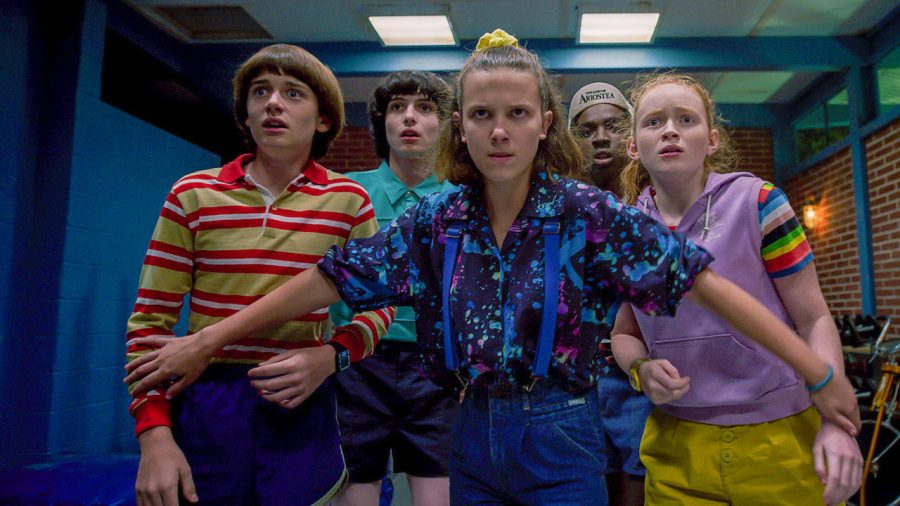 In the third season, her relationship with Mike causes friction between her and Hopper. She helps her friends fight the Mind Flayer and loses her powers. In the process of defeating the Flayer, Hopper is (presumably) killed, and the Byers take Eleven in. At the end of season 3, she leaves Hawkins with the Byers after professing her love for Mike. Eleven also receives a letter written by Hopper from Joyce.

Millie Bobby Brown made her acting debut in ‘Once Upon a Time in Wonderland,’ playing a younger version of Alice. She rose to prominence by making one-off appearances on popular shows such as ‘Modern Family‘ and ‘Grey’s Anatomy‘ before landing the role of Eleven on ‘Stranger Things.’ Her character has remained integral to the show’s plot, and her relationship with Mike is a fan-favorite element of the show. Brown’s performance as Eleven has been widely well-received and also garnered multiple accolades.

By showcasing her acting chops on ‘Stranger Things,’ the actress opened doors to bigger opportunities for herself. She bagged the role of Madison Russell, a key character in the 2019 film ‘Godzilla: King of the Monsters‘ and reprised the role in 2021’s ‘Godzilla vs. Kong.’ In Netflix’s ‘Enola Holmes,‘ she takes center stage as the titular character and is set to return in its sequel that is currently in development. Brown’s meteoric rise to stardom has raised questions over her commitment to ‘Stranger Things,’ and fans have speculated that the British actress might depart the series soon to focus on other projects.

However, there is no concrete evidence that Brown is indeed leaving the series. She is set to appear in the show’s fourth season. It remains to be seen where her future lies beyond season 4. In an interview with THR, show creators the Duffer Brothers confirmed that season 4 would not be the last, and they have more stories to tell. They also confirmed that the ending of the series has already been mapped out. Brown previously shared that she knows how the series ends. She is yet to publicly express any intention of leaving the series.

While that confirms nothing, it hints that the actress and her character are very much a part of the show’s endgame. Both ‘Stranger Things’ and ‘Enola Holmes 2’ are housed by Netflix. Therefore, a scheduling conflict preventing the actress from returning for season 5 is also highly unlikely. As we await news of the show’s renewal for season 5, fans can look forward to catching more of Brown as Eleven in ‘Stranger Things’ season 4, which is expected to drop sometime in late 2021.